Gargoyles are creepy statues that usually resemble a demon of some sort, at least in gaming. They are usually placed on a stone platforms one way or another. If you look up reference, they are usually in a squatting pose with large wings. The one I'm drawing in this tutorial will be just that. To start, there always needs to be sketch so here it is. 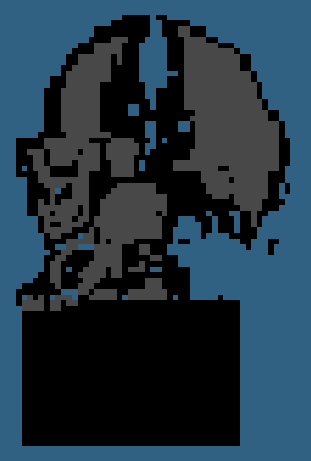 As you can hopefully see from the sketch alone, it has a demon-esque appearance squatting on a block of what will be stone. Next, shading. Whenever I want something to look menacing, I usually give their eyes this sort of "evil eyes" expression, either with a grin or a frown. 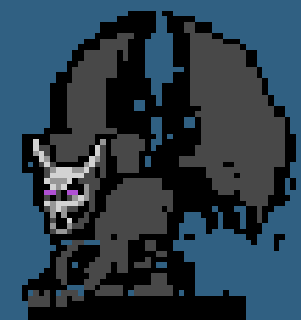 Next, the arms and legs. We need to make sure the shoulder, forearm, and hand positions are obvious to the viewer. The hands are supposed to be gripping onto the stone block beneath. Don't forget the knee and foot. The knee should be shown jutting outward. 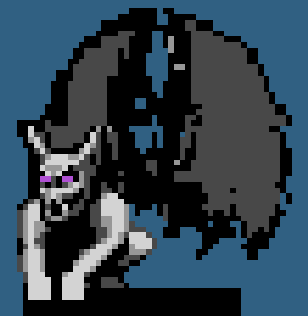 The fingers might be a little tricky, it even took me a while but they should be reaching over the edge while the thumbs hang back. 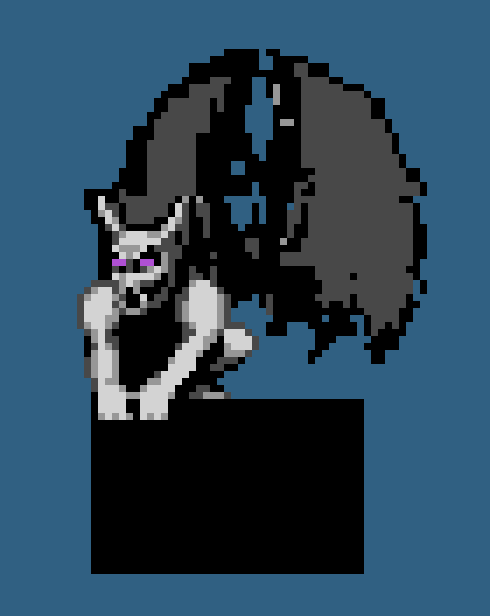 Don't forget his chest. Although we are shading from above and it is in the shadow area, it shouldn't be that dark since light is bouncing off the stone platform and onto his chest. 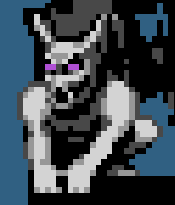 Now for his wings. I'm going to completely resketch them from scratch to explain how to draw them. Since they're demon wings, first we'll draw these curved scythe-like shapes. 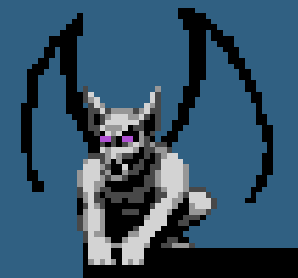 Then we add another wing bone in between the two existing bones, there should probably be more of these in between but I don't have a whole lot of pixel room to work with. 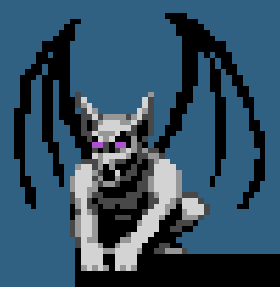 Now we sketch in the "webbing". I don't know the anatomy term but it's the skin that goes in between the bones.

Then we start shading. I'll start with the bones This part is mostly anti-aliasing to get a nice smooth curve. 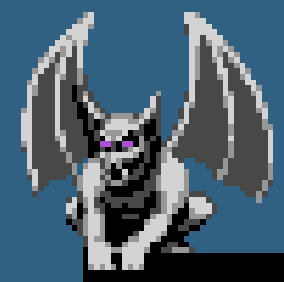 Here we shade the webbing. The areas where the web and bones meet should be slightly darkened . Also we can show little cuts and cracks in the webbing with shading.

Finally emphasize the sharp  nails to the tips of the wings and the gargoyle is finished! 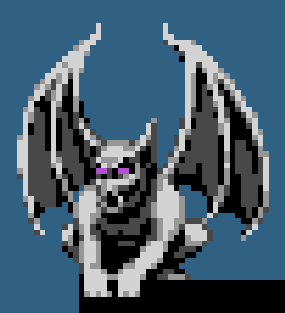 So he's done but we still need the stone platform beneath him. First I'm going to reshape it to give it a more interesting silhouette. Then I'll sketch the faces in. The stone is pretty old so it should have cracks to look aged.

Now how do we actually render the cracks? They are a bit hard to explain but cracks emerge from the corners and edges of stones and can branch out into more cracks the stronger they are, generally forming a bunch of squiggly Y shapes. I know telling you that is still a bit confusing so I drew some breakdowns to show what I mean. 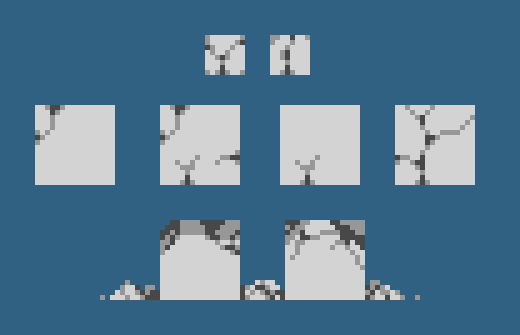 Once you have a grasp of how cracks form, we can polish and finalize the sprite. Just for a little bonus you can try adding grass to the base of the stone. 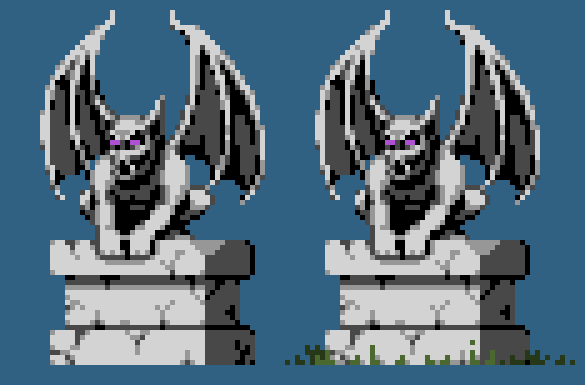 Well this concludes to the tutorial and I really need to go to sleep so I'll see you in the next one.