Cats are Liquid - A Better Place

A 2D platformer about a liquid cat and her friends. · By

This may not be the correct technical term but when I play the game it starts fine but within a level or two starts running rather stutteringly before eventually freezing and having to be shut down via task manager. I kept an eye on task managed and the memory use of the game seems to constantly creep higher while playing it until it eventually is no longer playable. I took a few screen shots to help show what I am talking about. 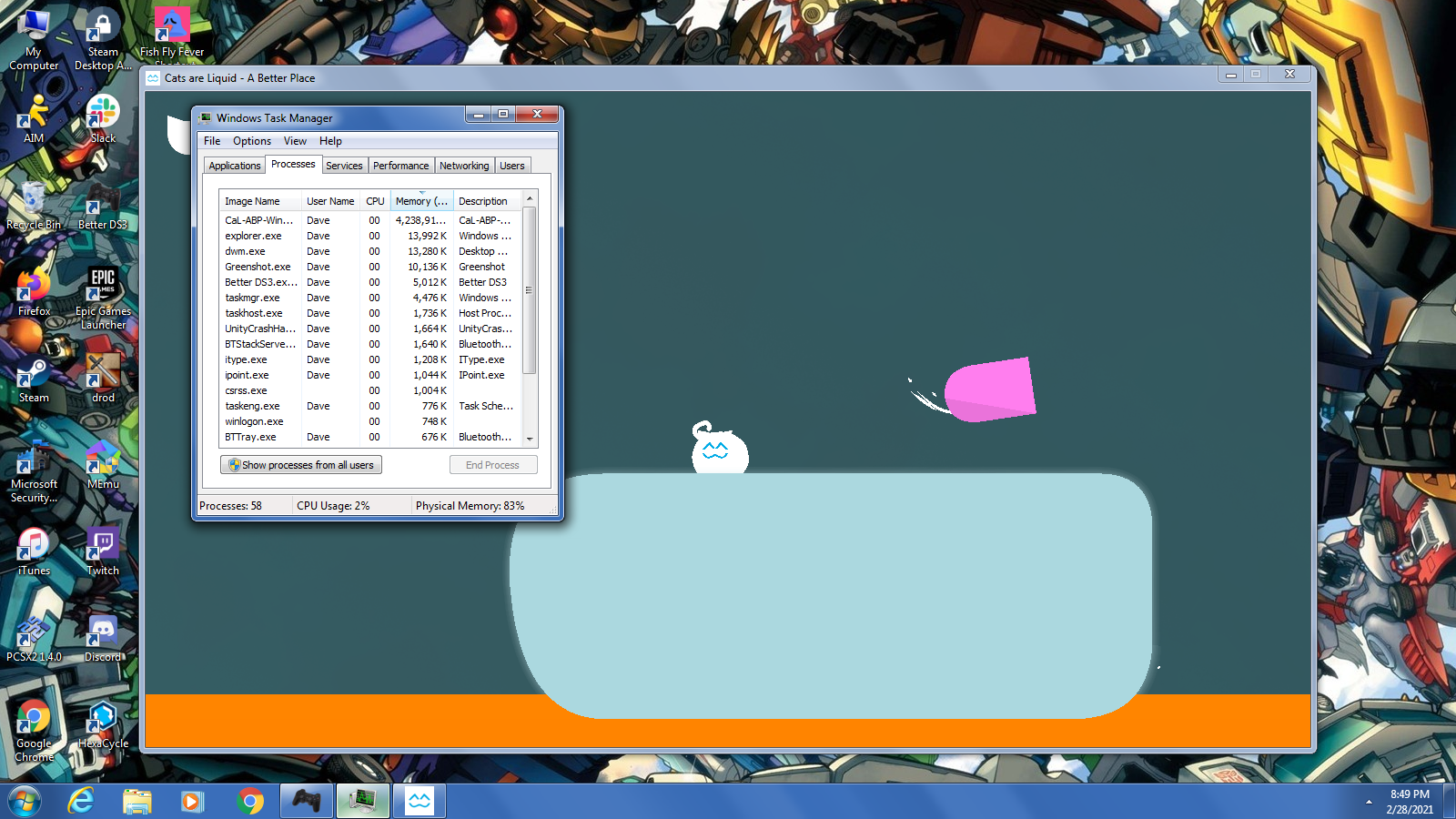 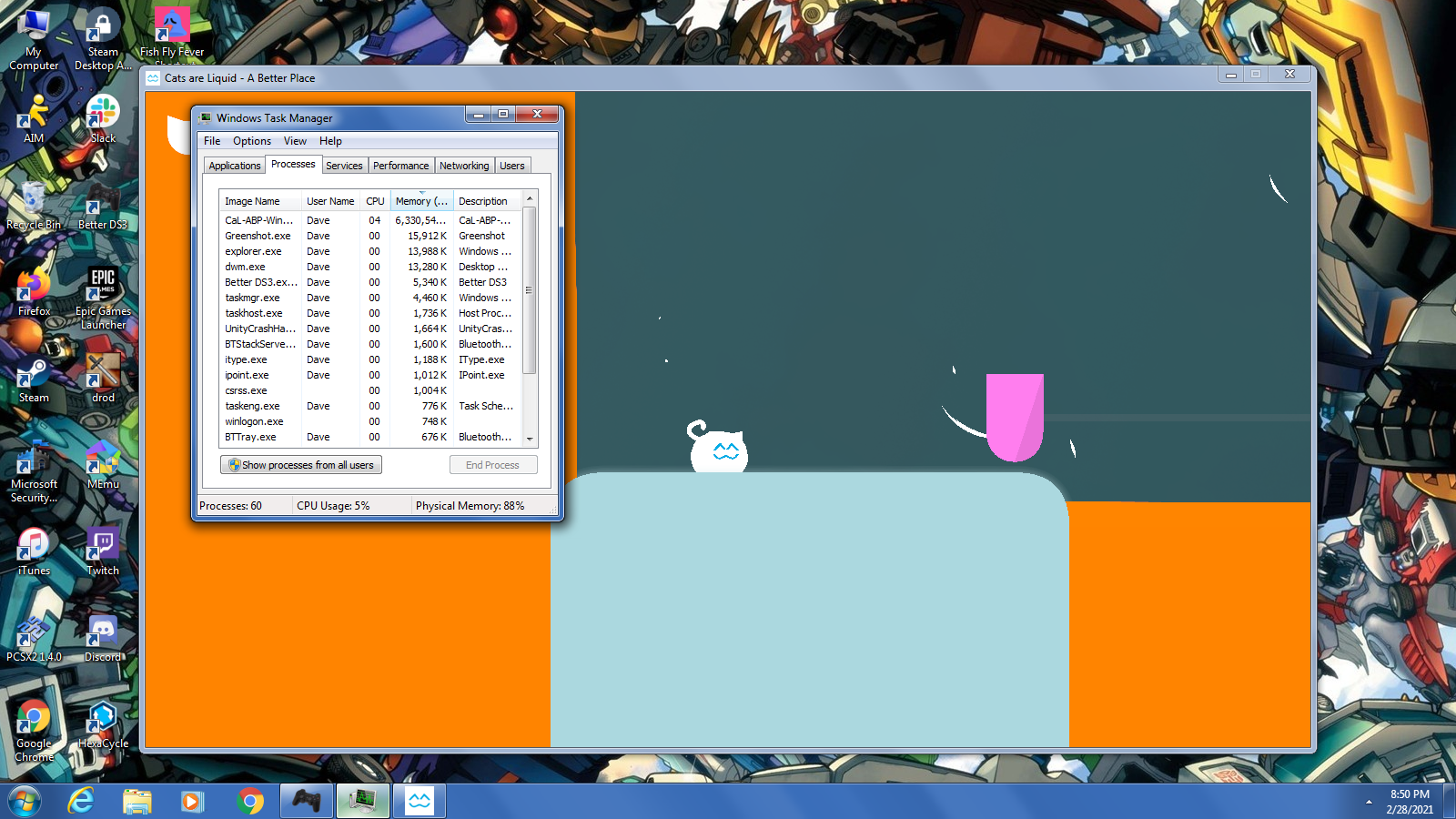 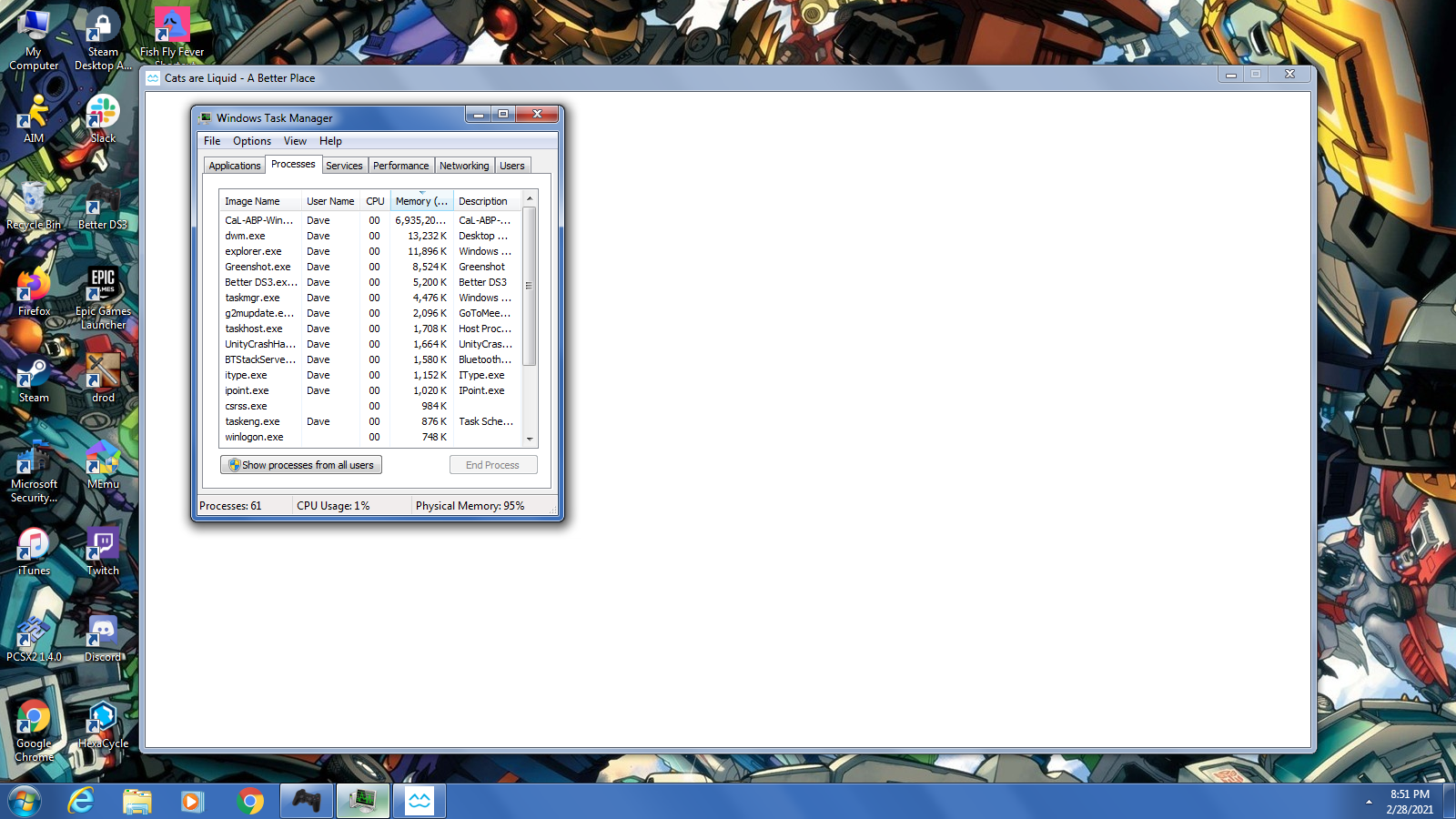 If you check the bottom of each pic you can see they are taken roughly a minute apart (the memory use starts lower than this, I did not take a pic of what it starts at). I am on a somewhat older windows 7 PC but I believe I should hit the minimum specs, FWIW I ran the original game with zero issues and this doesn't seem markedly more demanding so far. I had turned the resolution down and turned off post-processing without any benefit.

Any help would be appreciated as the game does seem to be pretty neat.

This completely flew under my radar. Sorry about that.

A couple of the latest (1.2) updates should've fixed this. If similar behaviour still occurs, let me know and I'll investigate it.

I redownloaded the game and gave the updated version a shot. Unfortunately this still seems to be happening, although it is happening slower now? I initially thought was fixed but the game eventually crashed on the last level in the first section (1-10 I believe). Gave it a second shot continuing from there and got to 2-2 or so before it started becoming stuttered again and I checked and saw that the memory use was pretty high once more. I ran it in a window and the second time with post-processing off if that helps in any way.

I'll take another look at that then.

Can you post the log file of the crash to something like Pastebin? Should be in: "C:\Users\{USERNAME}\AppData\LocalLow\Last Quarter Studios\Cats are Liquid - A Better Place". If you've played the game since the crash, it has most likely been replaced with a newer file that doesn't contain information about the crash. Best way to make sure the file has the wanted information is to just let the game crash again and then check the contents of the file.

Okay here is the output file, which I believe is what you wanted for the crash file:

And here is my systeminfo data:

Do note that your processor does not meet the minimum requirements listed on the store page. It shouldn't be the cause of the run-away memory usage, but just something to keep in mind.