Really enjoyed what I've played so far. Two minor things.
1. Right now, this page doesn't properly indicate you are downloading a demo vs a full game. Perhaps just changing the name to anuchard_demo_windows.rar?

2. Consider having a leyline/visual path indicator appear after you hit a switch to indicate you've done something

Really enjoying the game so far. Quite a few moments where I had to patch together a proper timeline to follow.

The only thing that is diminishing the experience is screen loads. Two problems:

1. There's a few moments of lag when you transition to a new screen. The game is still running during this time, so you've got a short period of jitter. This wouldn't be a problem except for...

2. Screens that you jump UP into. Jitter + scrambling to get a visual on where to land often ends up with me heading down a screen again. Not great.

I'll post again if I managed to figure out how to finish this thing. Thanks again for the game!

I'm able to play the game now! I'm liking what I'm seeing, but here's a bunch of feedback to refine things:

Using an Xbox One controller. Doesn't feel like there's a dead zone at all. Whenever I let go of the stick, the flick is enough to make robo look the other direction. Really frustrating when you missile yourself in the face because of this.

Would be nice to be able to use the dpad on the Xbox One controller.

I think the fight with the worm in the desert area could do with a music change when the worm appears.

I can see that there game "zones", like the city zone and desert zone. These get a transition effect during the load. However, that same transition should apply to doors within a zone, too. Current you press down, there's this awkward pause (more on that below) and then you're insta-teleported inside the door. I mean, it works, but it's jarring.

Awkward pause part 1: when you hit down to enter a door, your robo is frozen and some of the UI disspears, but the rest of the game world keeps simulating. Enemies are still moving and still targeting you with shots, although I don't think they do damage. I think you need to pause everything.

Awkward pause part 2: there is a 1 -3 second pause while going into any door. It feels really sloppy considering the size of the assets that are being displayed. Perhaps that pause is there in order to splice in a transition effect on screen that's currently missing? It feels way too slow.

I don't understand why there are separate Save and Heal NPCs. You can be at 2 units of HP going into a boss fight, but the save point outside of the boss fight doesn't have a heal NPC. So you save, go into the boss fight, die immediately, and then you're back at 100% on reload, even though there's no heal NPC. The heal NPC's animation is a quick lol, but it really seems like you should combine save+heal into a single NPC.

When you transition into the desert, the camera is placed to the left, focusing on the console NPC, instead of on your robo when he walks out of the door. I could understand this happening once in order to draw the player's attention, but doing it every time doesn't make sense.

There are a few platforms that are at the very top of a view. So you can have 3/4 of your body in the screen above, but the camera is still focusing on the screen below. Not a big deal in cases where there is a platform right above you, but there were a few cases where you need to horizontally jump to hit a platform in a screen above you. Feels not good.

Latest version doesn't have the rays problem. Thanks!

Latest version doesn't stutter after death, nor do I get out of memory errors.

I'm really sorry, but I have to retract my SOLVED. I had disabled rays in that screenshot. When testing the new builds, I noticed rays were off, turned them back on, and got this (first few seconds are black screen because my screen recording hadn't kicked in yet):

I slapped it onto my work laptop which has an AMD GPU + i7. The post-death stutter doesn't happen! However, the crash after second death still does, with a slightly different error log:

FIXED: I went into the Nvidia Control panel and reset my global settings back to default. 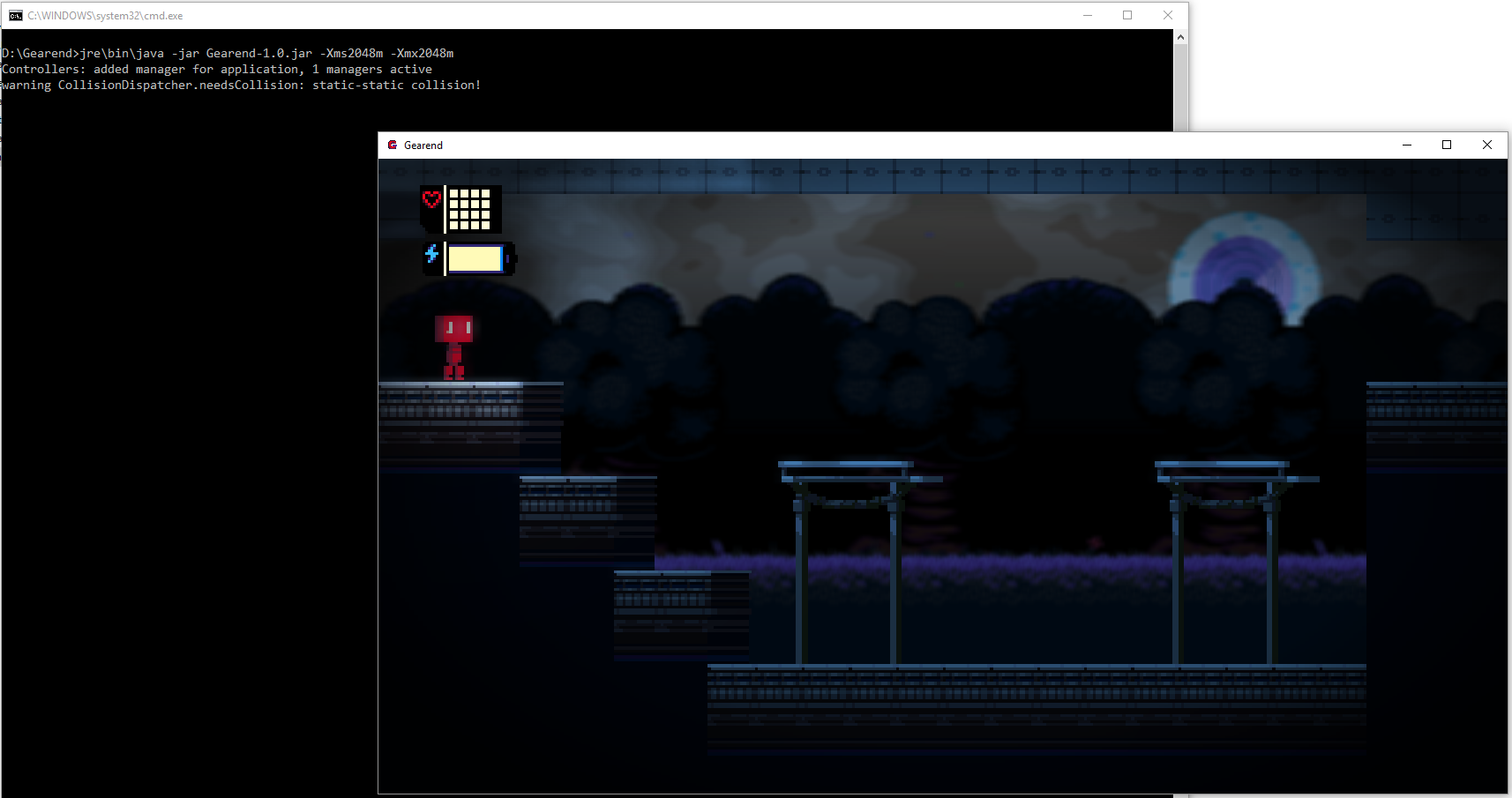 After the stutter and then crash https://itch.io/t/130260/stuttering-after-death I get this message:

I tried using the -Xms2048m and -Xmx2048m to increase the memory ceiling, but same errors still happen.

While Crepescular Ray is enabled, outdoor scenes look like this: 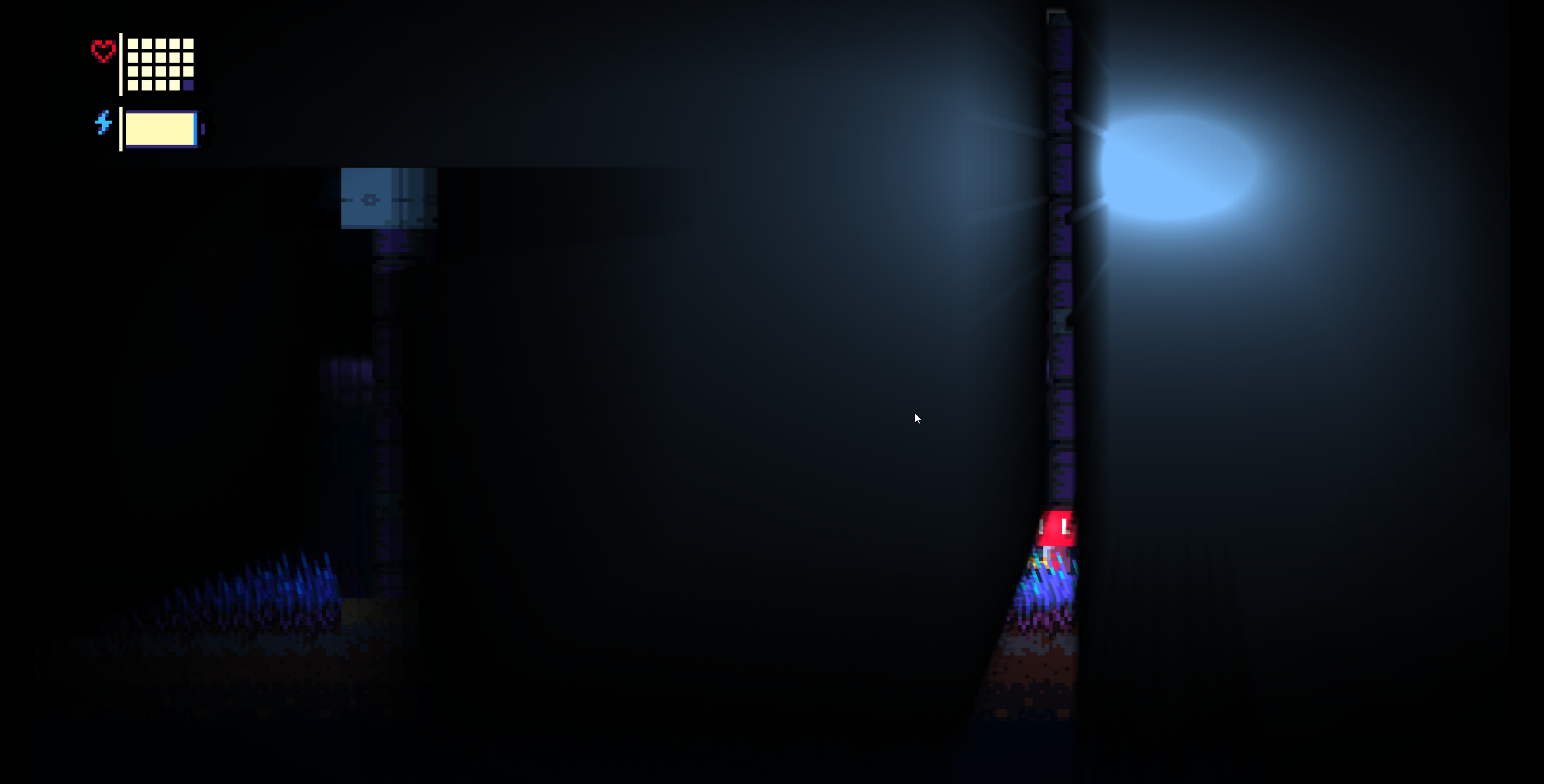 After death -> continue, a continuous stutter is introduced into the game.  Quitting to the main menu and loading does not fix this state. Upon next death or quit to menu and reload, a crash occurs.