Sure! Thank you so much! 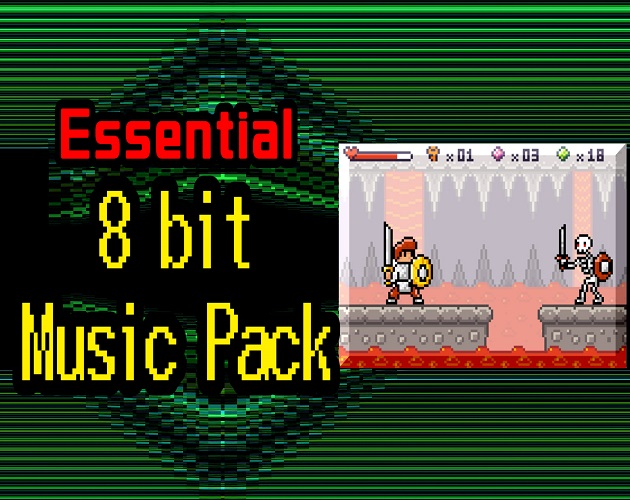 This is a music asset collection which includes 26 8bit songs which are indispensable to create retro-style and NES-style games. These assets are optimized  for RPG maker and Unity.

If You use RPG maker, You can use loop music simply by copying 「track name_Full.ogg」to "bgm" folder.

These musical gems are easy to use with action games and RPGs and have been split into test data that finishes after looping several times and divided data (intro, loop, full) which can be looped infinitely . These can of course be used in combination as well.

I`m grad you like my music!  Thank you so much!!

Yes, this is just only one song. There are only 24 persons who have this asset all over the world right now.

Actually It was tough to making these tracks for this pack, but I`m so glad you are happy! 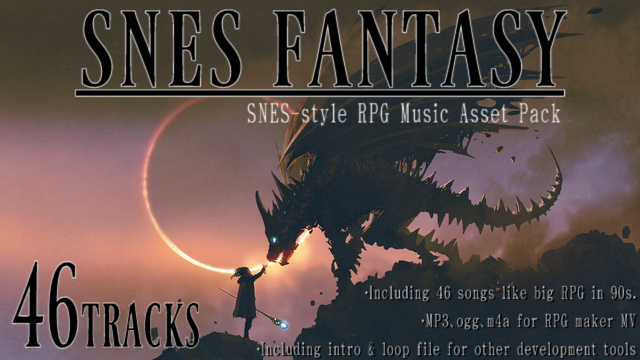 Ready to get legendary sounds of the golden age of retro JRPG?

◆A collection of game music assets that faithfully recreate the sounds from a masterpiece fantasy RPG from the golden age of SNES.

◆A tremendous array of 46 tracks, corresponding to the soundtrack for an entire masterpiece game from that time.

◆An assortment of all songs, such as for the title screen, dungeons, towns, villages, fields, battles, and various events, that are needed for an RPG.

◆In general, the length of each loop is roughly 1 - 1.5 minutes long, which is standard for music for SNES video games.

◆Including ogg and m4a for looping on RPG maker.

◆All songs feature separate files of intro and loop to use other development tools.

◆All songs also feature a long MP3 version for listening. They can also be used for videos, in addition to game production.

◆You can use these assets for commercial project.

I launched out a new single music asset on itch io.

Today, I has released brand new high- grade music asset.
You may wonder this asset is too expensive.
But, that is why this asset will be used by a few unparalleled and professional creators.

If you like demo version, please consider purchasing this.
Demo mp3>>http://wingless-seraph.net/material/Battle-Decision_demo.mp3 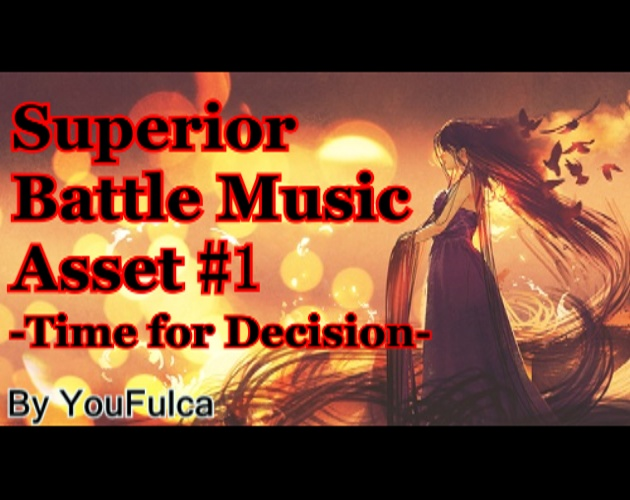 Reply
itch.io Community » Creativity & Art » Music & Audio · Created a new topic Over 200 Music Loops for FREE (mp3, ogg, m4a) and they can be used for commercial works
YouFulca3 years ago

Hi, I`m YouFulca, professional game music producer.
I make a lot of game music and distribute them for FREE.
I mainly inspired by some legendary JRPG.
https://wingless-seraph.net/

And also, I distribute a lot of Sound FX and voice assets.
There are over 800 assets for creating game in my website.
As I update frequently, assets are increasing more and more.
Please be sure to come to my website.

I appreciate for your support!!

I think indie game market in japan is too small than that of overseas,
so I decided  trying to announce foreign developer that my existence!

My music must be useful for all developers around the world.

I update my website to add new music assets frequently.

I can tell you. 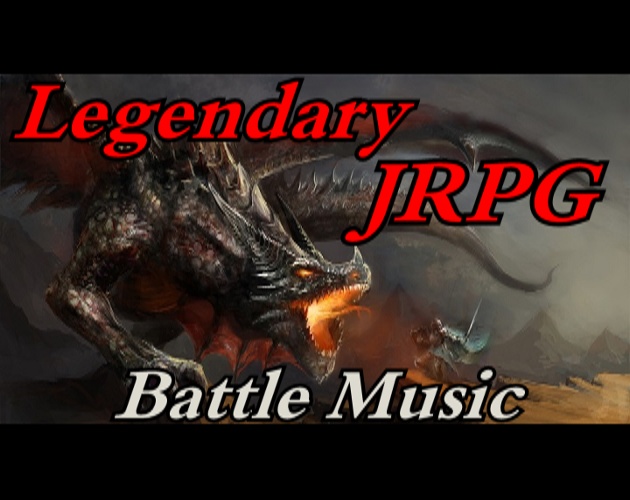 This is a one of music assets in this pack.

This music pack is including assets for Unity and RPGmaker (ogg and m4a).

Of Course there are mp3 for each songs.

All music in this pack are a part of over 200 music that distributed in my website, and they are all FREE!!

They are categorized as Battle, Dungeon, Town, SNES style, 8bit style, and such like situation.

Also, sound FX, and a lot of Voices are.

If you are looking for nice assets everyday, please visit!! 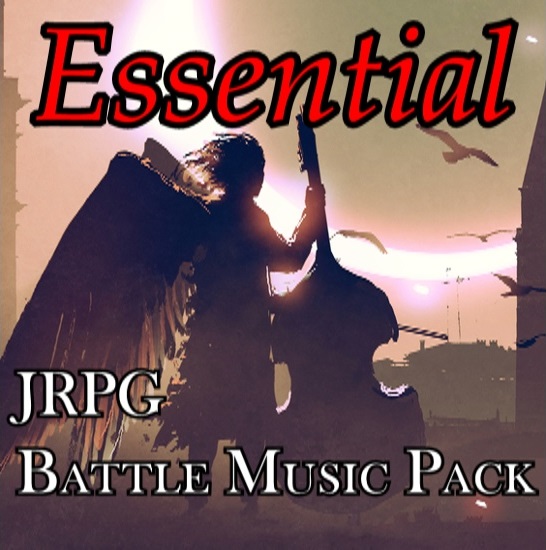 This is the one of most exciting battle music pack like JRPG!!

First, You can listen these demo music of this commodity. And if you like these, please purchase!!

This music pack is including assets for Unity and RPGmaker (ogg and m4a). Of Course there are mp3 for each songs.