Thank you SOOOOO much for making these available again! This is as good as gold in my book!

okay, you have made my night :) this is something I've really been looking for!!!! 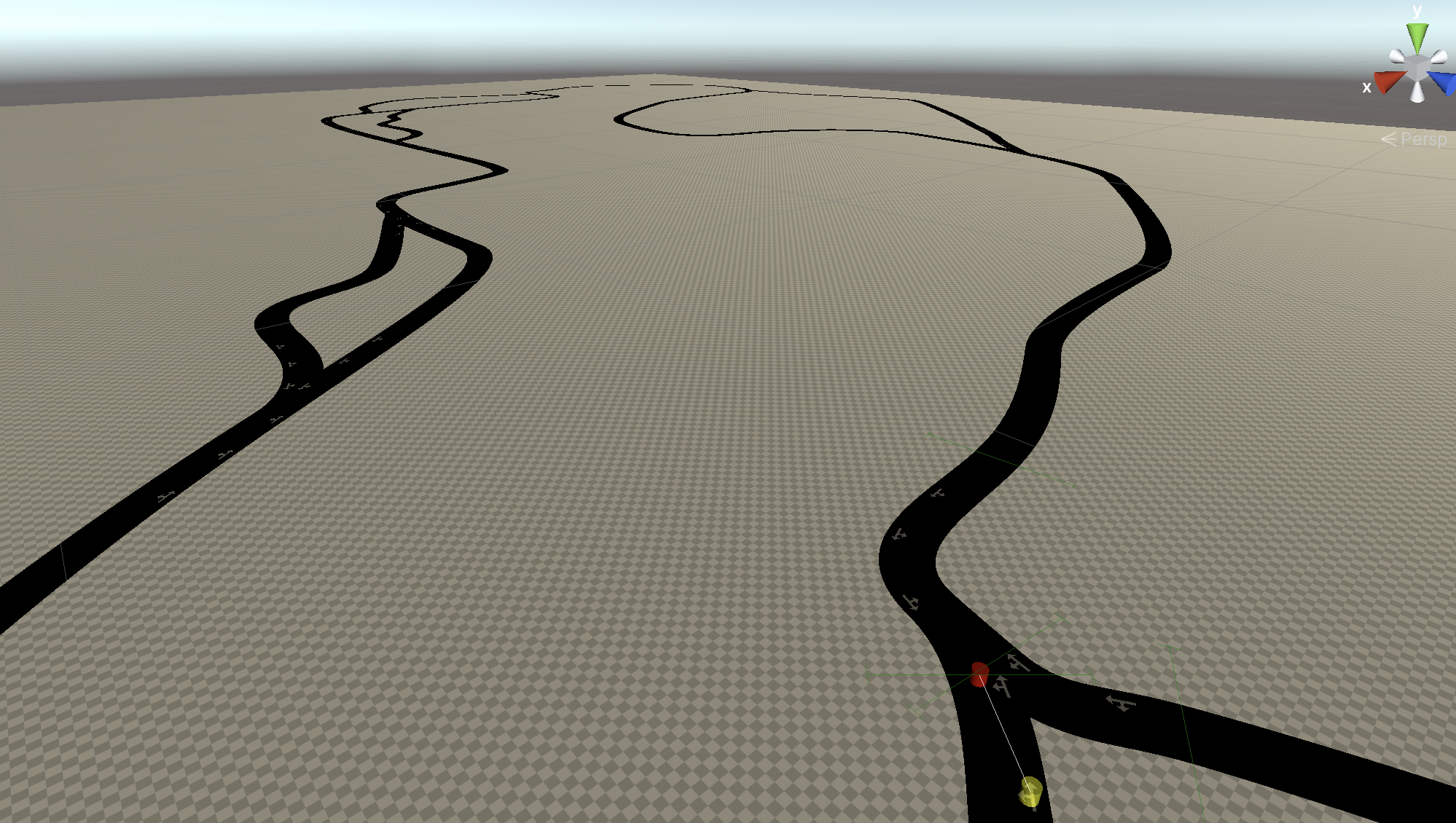 Awesome, I’ll definitely be giving this a try then! thank you!

I'm curious, how does this do with intersections that aren't 90 degrees? Can you do any variety of angles? When I messed around with Road Architect, it didn't like that very much. (But overall that was a really well designed tool!)

It doesn't seem the have the right amount of momentum or angle I would expect with a cat's jump - it's just straight up and REALLY high up and kinda floaty and slow! Of course, adding animation would definitely help :)

It's so cute, but why is the jump completely broken?? ;_;

Fun! Getting a real 'Minit' vibe. The animation is terrific.

Reply
CanariPack 8BIT TopDown community · Posted in Unity support?
toupee1 year ago
This is a super awesome and easy tutorial on how to do auto-tiling in Unity. Took me a little bit of time to find this, but it's invaluable. Obviously would work perfectly with these assets.
Reply
Stylized Forest Tileset comments · Replied to jiezhou0731 in Stylized Forest Tileset comments
toupee1 year ago (2 edits)

Clearly says sprites only, nothing Unity.

P.S. Your tilemap video on Youtube which features these is supremely helpful!!!

Quite charming! I loved the graphics and the music. I particularly liked how new art assets kept showing up through the course of the game (and the animation was great too). It kept me going til the end, and I really liked the length! While it doesn't do a lot *new*, it certainly didn't waste my time, and I appreciate that. Kudos and I look forward to your next project!

I love the idea of this!

But I think it could deliver its message better.

I mostly say this because it is too platforming-focused. I understand you want to demonstrate that it can be a tough life for a cat to navigate the outdoors, but the controls and collision detection are so poor, it feels artificially frustrating.

For instance, the ability to adjust your speed even while in mid-air just feels wrong, and I found myself exploiting this to get past the tricky platforming jumps.

I also understand you use the bird to direct the player through the levels. I liked this when the game first started, and the red feathers make it an easy target, but it gets old.

My favorite part was getting to the house and seeing the bed disappear in- front of kitty.

I personally would have preferred this to be an experience you could fully complete in 10-minutes. As it is, I gave up after about 12 minutes, partly into level 2. I just don't think the gameplay matches the theme and I didn't want to keep playing. I don't think you need all these ridiculous moving platforms and such...and if you do, the control and collision needs to be much better. I also found myself taking damage for reasons I didn't understand.

And just on a graphical note, I know you didn't create these art assets, but the post-processing effects are really strange. Many times kitty's face seems blurred when it shouldn't be, and the effect is especially pronounced when standing in front of a window or something like this: 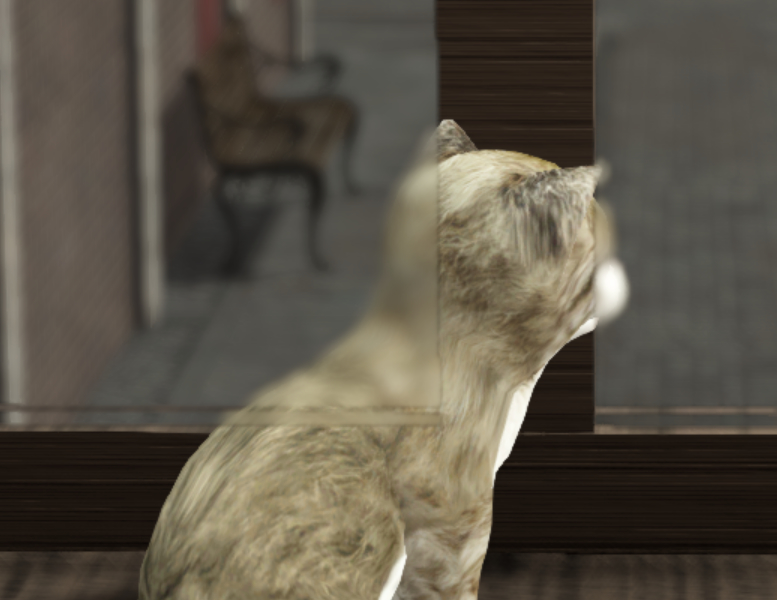 Here is footage of me playing the game in case you are interested:

Please don't give up, because I would love to see this evolve into a really beautiful message about adoption and strays.

Super cute and I'm glad it's getting so much attention. Although my girlfriend wanted to know why the marshmallows wanted to kill themselves!??! (Now that I played it, I'll have to show her that SOME of them prefer to keep the water only lukewarm...)

I recorded my playthru (in-game sound only):

My first playthru, where I had no idea what I'm doing, is also here.

It's incredibly cute, which is huge.

It took me a while to realize that the different colors meant different demands. I think each zone could be colored a little more distinctively. You could really get crazy and do totally different themes. But I'd avoid using that red berry motif for the background of each one - since there is a red tub, I kept thinking the one with the red berries on the wall was red. But it's not!

I also didn't realize there would be MORE customers lining up immediately after. I was planning on getting all 4 done, then watching the fruits of my labor! Some cute animation would be a nice reward. I'd love to be able to watch the mallows jump in, and let me watch them (creepy?) ... heh.  .... but they just disappear!

anyway, awesome work, especially for a game jam, it got me to tell my girlfriend about it which is rare and awesome!

That sounds like a really great way to do it! Looking forward to whatever you come up with next...

I loved it! The aesthetic is super memorable, the length is just about perfect. I absolutely prefer this bite-sized package to obtuse first-person-puzzlers like The Witness or even Talos Principle. For me, those are like suffering through a bland soup just to get at a few good meatballs. This was like a delicious plate of pasta - just the right length to leave me wanting a bit more, but also easy to share.

I had to watch someone's Let's Play to figure out the wood beam to jam the door. Mechanically, it just seemed a little out of place as it was the only time you really use an object from the environment that doesn't seem like a key. But maybe my missing it says more about me than the puzzle, I dunno. (It took me a while to figure out I had to push the box over with that board too, but I did get it.) In general, there aren't really any red herrings to the puzzles, and I felt like I had all the tools I needed, which I really liked.

Other notes since it's fresh in my mind:

Everything looks wonderful. The fox animation was super great and even the orbiting of the sun made this feel a lot more "lived in" than The Witness. Which is maybe ironic since the white-heavy palette could be considered sterile in a way, but the way everything is kinda settled in, leaning on each other, also makes it feel like objects here have a story to tell. They're not perfectly erect; something has happened to them.

I also really like the notecard system, the actual notes themselves, and the way you can pick up and rotate objects. I liked the motion blur.

*one other minor, minor gripe: I got caught on the doorway coming up the stairs several times. urgh!

Anyway, kudos to you - can't wait to see what you work on next. I felt compelled to play it as soon as I saw a screenshot of it, I was compelled to finish it in a single sitting, and I enjoyed just about every moment of it. That's super rare.

Reply
The Haunted Island, a Frog Detective Game community · Created a new topic No, it's a fact - this is super good!!!
toupee2 years ago

I laughed out loud so many times! I love the style, I love the writing, I love the way the characters move. I love that it's finishable within an hour, so I can really share it with others!

Can't wait for the next mystery!