Hey thanks for letting me know! I'm going to look into this ASAP!

The terminal output you're getting is the same output that displays when the game successfully launches. Can you look at

and see what the logs there say?

thanks for letting me know; I’ll look into it tonight and get back to you ASAP.

Congratulations to everyone who participated! Your Sim Jam winners are:

If you are one of the above named winners, please contact SnowSchu on Discord (SnowSchu#0964) about prizes!

Update! The livestream was pushed out to the 12th! Thanks for your patience!

Hey folks! If you missed the livestream or want to relive the memories, you can see the recorded livestream on this youtube playlist here: https://www.youtube.com/playlist?list=PLnvSyiLebJCdNFQ89zNtSkmJ1suKsPVZZ and catch the VODs on twitch here: https://www.twitch.tv/manuelaxibanya/videos

Also reminder to catch the judging stream on June 5 at 6PM at https://www.twitch.tv/manuelaxibanya!

Hey folks! There were a lot of great games with a large amount of content so we’re pushing judging back by a week so that we can make sure every judge has time to play all the top picks! The judging stream and announcement of winners is now scheduled to take place at 6PM CT on June 5th! Mark yer calendars!

EDIT: We moved the stream date to June 12! Thanks for being flexible!

See this topic on what to expect during and after the stream! https://itch.io/jam/dogpit-sim-jam/topic/798360/judging-brackets-livestream

If you didn't start working before the jam started and it follows all the other rules, then yeah, it's fine.

Hey folks! The livestream of the entries will take place on Friday the 22nd, Saturday the 23rd, and Sunday the 24th. An exact schedule of what games will be played when will be posted by Wednesday! Judging is tentatively scheduled for 7PM CT on Friday, May 29, but if judges have conflicts it may be postponed. All streams will take place on https://twitch.tv/manuelaxibanya

What to expect during the livestream

Games will be divided randomly among judges. Each judge must play every game in their assigned block before the livestream. (They can play all the games in the jam, they just HAVE to play the ones in their block.) Each block will be streamed with their judge as guest, and myself going in blind and playing the games for the very first time.

What to expect after the livestream

After this, judges nominate top picks from their block. There is no minimum and no limit to the number of nominations per block. (So potentially no games or potentially all games could be nominated as a top pick.) Judges can also nominate games from other blocks as top picks. Every judge MUST play ALL the top picks. A game that wasn't nominated as a top pick is still eligible to win, but if nobody went to bat for it at this stage, it's not very likely that it will.

How winners of judged categories are selected

How the winner of Community Choice is selected

Play and vote on the other games in the jam!! Support your fellow jammers!

Who are the judges?

You will be judged by a diverse assortment of game developers, streamers, and voice actors. Confirmed:

Lineup may change, final judge list will be posted with stream schedule on Wednesday.

Heya! The stream schedule will be posted after the close of submissions -- as I'll be using that to divide up blocks! I will send it as a mass email to all participants as well! The stream will happen at https://twitch.tv/manuelaxibanya !

You can't have started working on your game before this jam started.

Reply
Sim Jam community · Posted in Any ideas for a good and actually doable game?
Team Dogpit1 year ago

Yep! The jam's themes are pretty broad! You can basically make the theme mean whatever you want as long as there's some connection to one of the meanings of its words!

I picked this theme because you could interpret it many ways. Here are some suggestions:

someone on twitter joked about making a game about deodorant because of the brand "Degree" and I consider that valid!

it is until the beginning of submissions. Check the countdown timer on the jam page! 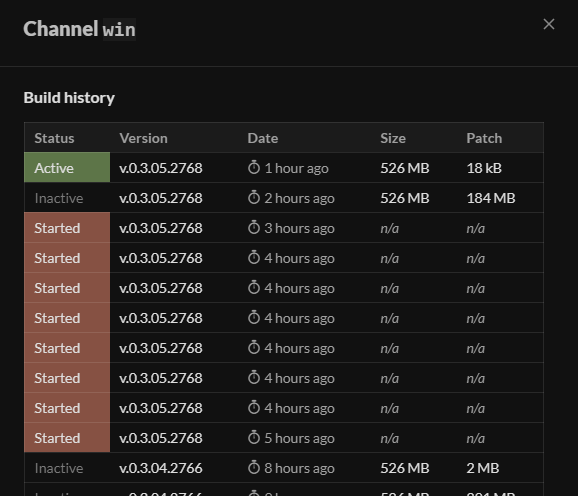 heh well it looks like a lot of the builds I tried to kick off went through after all (I tried several times in the hopes that it would go through!) interestingly I hadn't tried to push in about 5 hours yet two builds somehow manage to squeak through an hour ago. v strange.

I'm also having this issue. Is there a service outage?

Glad you enjoyed! Thanks for the heads up on the bug, I just uploaded a new build that fixes it and a few other issues!

I'm looking at porting this to Unity soon and will address the bugs then. I'll keep you posted.

Hi! I'm the organizer of Dogpit Jam! There doesn't seem to be a download for your game! If you want it to be judged you'll need to give us some way to play it!

The game has been completely rewritten from the ground up and now has multiple resolution options!  I hope you give it a try!