Thank you so much for playing! I'm glad you liked it :)

Thanks for playing! I'm happy to hear you enjoyed it :) I hear you-- I'd definitely like to try this with fluid movement as well as well

Thanks so much for the kind words! I’m happy to hear this little prototype resonated with you. Sorry about those bugs— I had limited availability during the jam from Thanksgiving. I appreciate you taking the time to play the game despite its current state. I’ll be updating the game with some new content/bug fixes starting this weekend.

Not sure if this is the problem, but you'll probably need JavaScript enabled on your browser to play. Hope this helps: https://support.mozilla.org/en-US/questions/967344

This is awesome! Well done! :D

Thank you for your interest in Pupil! Check back on this topic for news as we continue development on this toolkit.

Thanks for playing! I hope you enjoy this silly game :)

he doesn't go where you want him to go. like ever.

The Rollerboy VR demo is out now for free on the HTC Vive! Check out the teaser trailer here:

Pupil is a Unity VR package that I've been working on for a while now, and I feel like it's ready for its first release! Pupil was developed with the goal of creating low-impact image quality optimizations for VR developers. Current features include:

All of the features thus far have been backed by third-party research, and more is on the way! If you want to try Pupil in its early state, it's available for free at https://tdamron.itch.io/pupil

You can also check out the source code at https://github.com/TristanDamron/vr-research

P.S. Here's some screenshots of what it can do in the current release 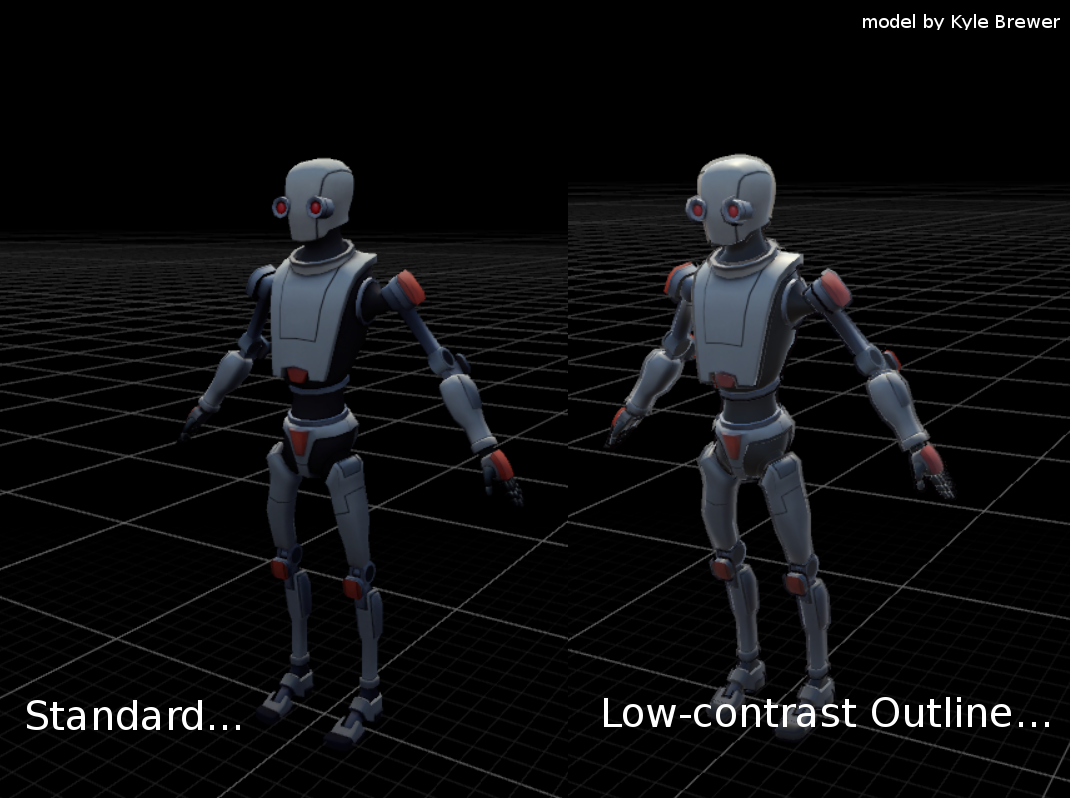 Thanks for the feedback! I’m glad you enjoyed the core mechanic :) Regrettably, a lot of the art in the game got implemented last minute (like... with hours to spare before the deadline.) We don’t have long term plans for the game, we just wanted to do a jam to warm up before global game jam.

I'm looking to collaborate with a 2D pixel artist and a chiptune musician to update the graphics and audio in the game. If you're interested, DM me on twitter! @tristan_damron

Today I decided to finally release an executable version of Shape Ship. Previously it was playable using Unity's Web Player, but ultimately I decided that it was inferior to a downloadable version. From here on out new builds of the game will be released as an executable file.

Thank you playing, and for the kind words!

Just added a quick patch: Pressing R after you die will restart the level. Thanks Thomas for pointing that out!

Reply
Shape Ship community · Posted in Thanks for playing!
tdamron6 years ago

Hard by design! Pressing space should restart the level after you die. That being said, "R" is the standard reset button in games so it should also work. I'll make a patch!

Here's what's in store for this update:

Here are the patch notes:

Hope you will find these updates to be useful! Have fun!

Thinking of cooking up an update for the game to fix a few issues and I figure I should add a few things as well.

Here are some features that I'm toying with...

Think these sound good? Have ideas for other things you'd like to see added to the game? Let me know! :)

Hey all, thanks for stopping by to check out my game! I really appreciate it. :)