Amazing game, not what I expected from a boss themed jam.

Very fun concept and nice clean visuals, it felt a bit short but I really liked it.

Glad you liked it, for the shadows I drew rough circles by hand then added a dithering pattern around the edges.

THIS GAME IS AMAZING, the classic "janitor" music, the simple art style, the fresh gameplay, the everything is just so good.

*edit: The ending is amazing.

Simply amazing, I love it.

also I must apologize for cheating through my first playthrough.
(If you press the game speed button when the map appears and then click on the enemy ship icon the game instantly say VICTORY and lets you skip the entire fight)

Wonderful, I had lots of trouble controlling the ship at first but I had tons of fun once I got used to it.

You can fight an interdimensional eyeball monster with a stick.

I really liked the idea of fighting the same boss over and over again but I ended up giving up after 7 wins because of how difficult it got.

The lantern throw and dash is very nice concept, it seemed kinda bad at first but once I got used to it I was trying to find ways to skip some platforms.
Also the background art in the beginning is beautiful but it seems like you didn't have enough time to add backgrounds near the end.
Overall a very interesting concept.

I don't know if this game has a hidden meaning or anything but it feels spiritual and I love it.

Loved the looping effect, the game was a fun time killer.

If there was one problem then it would be the lack of a crosshair.

Just finished the demo and it was really fun, the combat was solid and the pulse system is very refreshing, however there are some problems that I faced when playing the game.

Overall it was a really fun and refreshing game with amazing visuals but it suffered from lack of visual "depth" (idk what the correct word is but it feels like the world is flat without much distance between the foreground and background).

Good luck and hopefully it keeps getting better and better.

Thank you for playing, glad you liked it.

I'm very glad that people are liking my game and it makes me happy to see that you enjoyed it, there isn't much story about the special boy and the CULT besides them existing I guess...

I couldn't add an ending to the game so it just became about keeping him alive for as long as possible.

The .jar file runs the game but the character moves TOO fast.

I originally set the challenge based on my high score however when people played it I realized that some easily got to 5 or 6 minutes so I will increase the challenge.

I originally wanted to make the game have an ending however due to the deadline getting closer and closer I had to scrap it and just make it a high score.

Thank you so much for playing the game.

Thank you Joel, did u try using the Phase? you use it by holding the Left Shift down, it makes you invulnerable and faster.

Hello Xelaushi, glad you liked the game, I am very sorry about forgetting the cursor, I mean I even forgot the wildcards in some exports (lol), thank you for your feedback, next time I work on a game I will prioritize what is necessary.

Run&Gun is a small platformer PvP made by me and my brother.

If you are going to play the game then enjoy :) 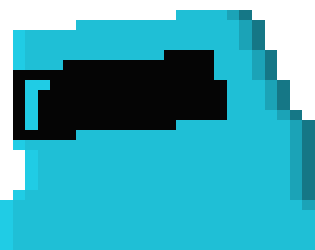