Incel Syndrome
The abstract male is the image of God, the absolute something.
socah
Visual Novel
The Raintime
Delve into a troubled student's mind as his grasp on reality unravels
socah
Visual Novel
Railroad Tracks
2D psychological exploration game about a lethargic clown.
socah
Adventure

I have been following One Spirit for a while and thoroughly enjoyed playing your demo. Included are my thoughts on different aspects of the game.

The game tells it's story through compact verses that are fired at the player in rapid succession. I felt like the writing was carefully composed, in the sense that each short poetic sentence would be able to convey a lot of meaning and underlying tension through it's few words. The staccato writing forms a contrast with the meandering, melancholy musical score. While the music has a tendency to lull you into a melancholic slumber, the writing works like a hammer, constantly keeping you awake and diverting the player's attention on the game. In general I found this an energizing contrast that worked well. (There were times that the succession of short lines was a bit much and could have been interlaced with slightly longer lines for more variety, though this would be detrimental to the style.)

Both the background art and character art in itself is very beautiful and in stylistic harmony with the game in and of itself. It shines however in the way it provides an additional level of depth to the gaming experience through it's detail. The greatest piece I'd say is the soviet realist mural, which engulfs the player in a deluge of clues and background history. This is using game art at it's finest and I have difficulty recalling similar experiences in other artforms (and other video games, for that matter.)

By clicking a detail you could get additional background info. In general this worked well, though at times it took away part of the mystery. The great thing about the background art, for me, was how it provided all kinds of layers and possible hints about the further progress of the game. Providing too much answers in the infoboxes could diminish this sense of foreboding.

Music was very good and complimented the atmosphere of the game. At time I felt that more could be done with sound effects.

Philosphically I am interested to see where this story will go. The most masterfully incorporated theme I took from the game was the relation between repetition (recurrence) and life. This is a motive that is included both in the game art (repetitive housing), the story (eg: lada's guitar playing, which never repeats itself) and in the narrator text (alluding to Nietzsche and Benjamin). Besides this I think character building and world-building were very strong. In a relatively short demo you were able to create a real and immersive world that implores the player want to delve further.

I am excited about One Spirit as it manages to take the medium of game in an artistic direction that I have not often encountered. Music, text and visuals interact in a layered and at times dissonant way to create a real and at times chilling world.

At first glance, William is a lazy college student. He spends his days sleeping in, skipping lectures, drinking with his friends and gathering up courage to talk to Jasmine, who's on the theater committee. But over the last few weeks, a mysterious restlessness has come over him. He's distanced himself from his friends, spends his time alone in his room and harbors thoughts that cannot bear the light of day . . .

Slowly, William is coming to the realization that the world he lives in is no more than an illusion. The city, the university, the artificial island upon which he lives, thay're all unnatural abominations against humanity, that need to be undone in order for history to take its due course.

Delve into William's mind as his last links to reality slowly unravel.

Great that you liked the game so far! Also thanks for reporting the bug, I will try to release a patched version tomorrow that removes it. I believe it is possible to play around the black screen by entering the menu and selecting a memory to teleport to. I understand this is not ideal, I will patch it asap.)

edit: I just patched it and uploaded a new version.  I have double checked all savepoints and this was the only one with issues. (This problem came up during playtesting already and we thought we had fixed all instances, but one was left behind.)

We just released the first stable and complete build of Railroad Tracks.

Railroad tracks is a 2D exploration based adventure game about a lonely circus artist who has fallen into amnesia. The goal of the game is to recover his lost memories from a large free-roaming twilight world. Certain events and areas evoke vivid episodes of involuntary recollection that recall his unsettling past. And what are those demons that lurk around?

Once collected, memories can be selected from the in-game menu in order to transport Pierrot back to the place where the memory was initially found. After collecting all 16 memories, endgame is unlocked. 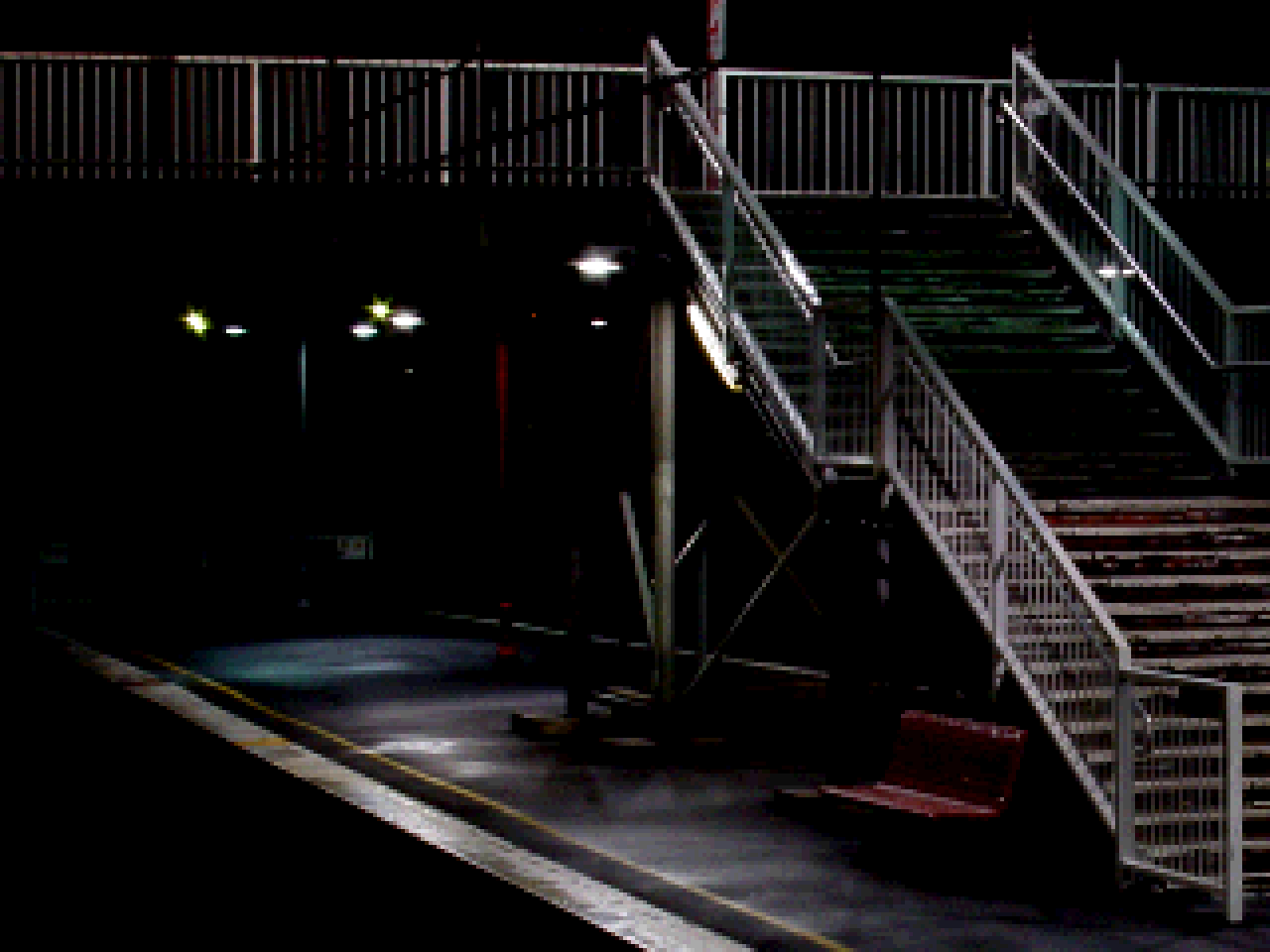