I'll look into that in the near future! But don't worry, you have my word this is free to use for any purpose, commercial included. Credit is appreciated but not necessary :)

Yes! It's optional but appreciated.

No no, the male version is here.
https://rory.itch.io/male-animated-character-base

The female base is designed to be able to use the same clothes as a male, so they have the same silhouette.

Indeed. It was made with old school paperdoll systems in mind to try to be as economical to create items of clothing for both male and female at once.

Can we discuss licensing on discord?

Nope sorry this just comes with a PSD, not cut up!

If I remember right, a lot of the effects are photoshop layer styles, so changing the shape of borders of windows will be pretty simple. Other than that, reusing inventory slots and such will just require moving them into other windows!

I love the ambiance of the game, was really relaxing!

Thank you so much for the kind comment and our first ever community post. I really appreciate you making the time to leave your (kind) thoughts!
I've only ever briefly played Wild Arms, but I'm glad the game gives a bit of nostalgia, it's very inspired by games of that era I played as a kid!

Super glad to hear that, and thank you for the best wishes!

Thank you, appreciate it!

Thank you for the feedback, I should've been more specific. I'm wondering if the texts give a sense of what the game is going to be like! I'll add some gameplay soon. Thanks again!

It's over a year into development now and we're closing in on a demo sometime in June hopefully!
What do I need to say to pique your interest without overselling this game to you?

Reply
itch.io Community » Game Development » Get Feedback · Posted in Need some FEEDBACK on my FIRST GAME!
Rory Mitchell2 years ago

I'm amazed that you managed to achieve all that in 12 hours!

Thanks for the nice comments! I'll be posting more artwork up soon!

Feel free to use it commercially :)

thank you for your time, Im not sure your current work reflects a style I would go for for this game, but I'll keep you in mind!

Hey! I'm still early into development, but I'll consider in the future! Thanks

i will respond when I get the time to read through your portfolio!

Deeper look at our development! 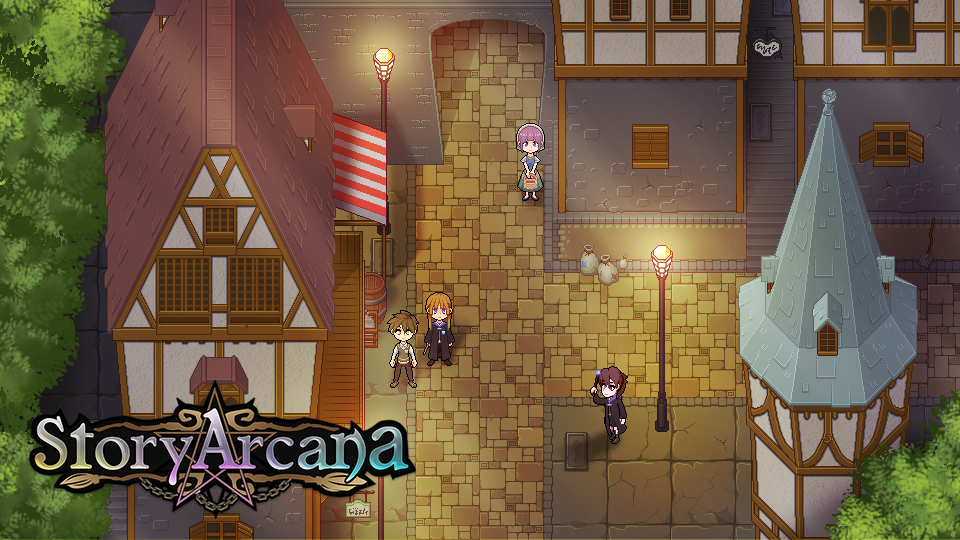 A wizard school role-playing game with a large focus on mystery solving, exploration, puzzles and a 2D physics based combat with intricate spell-casting based on drawing sigils. The game will be released on Windows, Mac, Linux initially, and if well-received, consoles and mobile with a targeted 2021 release date.

The story will take place within the first year of the protagonist's year in Azufelt, Academy of the Arcane and it's nearby neighbour, Noxrose City. Much of the story is still changing and evolving as time goes on, but I hope to create a small, detailed open world that tells a story and makes you feel immersed.

The game's artstyle is hi-bit pixel art for the most part, with real time lighting effects and shaders which will be cut down for any potential mobile ports.

I've been working on games for 15 years as a freelance game artist, and also worked in various local game companies (nothing notable) as a UI/UX Designer and 2D/3D Game Artist. I have an online game currently released and running as a service for the past 3 years, with the past 6+ years being spent developing it.

Christoph has been working on game soundtracks for a few years now, he's been engaged in StoryArcana for almost the entire process, and has been integral in creating the atmosphere for the game through music.

The game has been in the works for almost a year now. I didn't want to get too many people involved early on, but now that we have a substantial amount done, I would like to open the doors to more people potentially contributing and working on the game. I don't have any set timeline for the project, but as of now, my targets are.

-We might skip this entirely if we decide that additional funding is unnecessary or unlikely.

-We might skip this entirely if we decide that an early access release would hinder the game's long term success.

Depending on how much help I can get for the project, it will determine whether or not we can actually meet these goals, and whether or not to scale back on the features/content that the game will have.

Although we are not in dire need of a team to continue working on the game, I do believe that having more people on board will speed up the game's development significantly, and so am open to applications or offers to work together. Some roles that I am looking out for are:

(Concept art I did for the main characters) 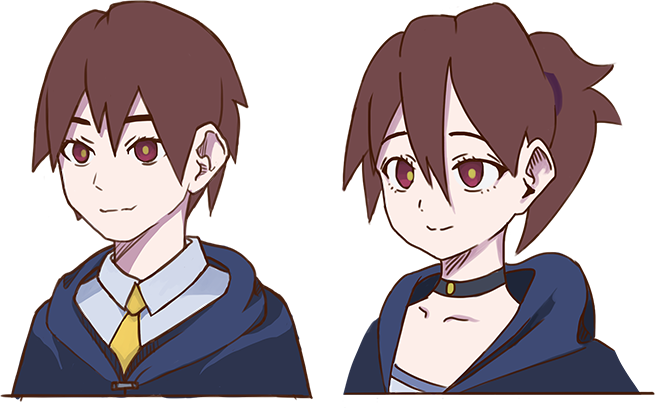 Somebody who can create and work on a consistent art style for the game's character illustrations for dialogues. Right now, I am doing the illustrations myself, however, I do not specialize in illustration and I do believe somebody with talent will be able to improve the game in a large way. I am biased towards an anime-ish look, but am open to any style and anyone who has something to offer on top of, or instead of that.

(Dialogue UI and a character illustration I did more recently)

As somebody who is not trained in story writing, I experience writer's block a lot more than somebody with knowledge of writing would. I do have a lot of ideas, but I think that a cohesive story line and script would improve the end product greatly. I would like to work someone with experience in story writing and script writing in some capacity, who will be open to my feedback and input.

All work will be compensated in some way, and is negotiable in revenue share or direct payment, but as I am currently funding this out of pocket, I do not have a large budget. I am willing to pay fairly for your time and will not look to under pay you for your services if we do agree to work together. Feel free to contact me to discuss this! If you are interested on working on the project, but I am unable to satisfy your expectations for payments, do still contact me and express your interests incase we do seek additional funding through a publisher/crowdfunding/early access later into development!

(as I am constantly spammed with discord friend requests, I do advice that you join this server and leave me a message!)

I have yet to start any sort of publicity! This is our largely unmaintained public domains that I will try to commit to updating soon.