Truly a joy to see the game from your perspective! Thanks for sharing.

That’s the main stuff for endings (except maybe one for when everyone likes you), but each interviewer has a few different statements before the next interviews comes in depending on how you do with them specifically.

Looks great! We've actually added a bunch of content since this video was recorded too, maybe you want to go for a round two! The game play has been cut to be a little faster, but also with no repeated questions. :)

Keep looking for it. Just ask yourself who would have a potato in their office.

Will you be my campaign manager??

Heeey, great job! Perseverance is key. How many tries did it take?

This is by far my favorite video of Don't Get The Job!

Thanks for the feedback! We would have made more levels, but we only had 3 days to make the game. ^^

Oh well you lose by quite simply getting the job of course!

I'm glad that you're persistent and put so much time into playing the game we created. *gregsmile*

You could always say everything Greg likes, it only takes two failed interviews to not get the job. 😅 I like to tell Greg everything he wants to hear.

Look around the office of each interviewer and try to get any hints at what sort of answers they would not like to hear, and pick those.

Watch their reactions to see if they like the answers or not. Look for patterns in the sort of answers they dislike or like.

Usually the third time is the charm! If you're having trouble with Greg and Angelo, try looking around the room for hints at their personality. Different interviewers have different likes and dislikes about your answers. Some like funny answers, some like intimidating answers, etc. (and others dislike those things)

Thanks for letting us know. We are planning to fix this one the game jam rating period is over.

Thanks! Glad to hear it.

I know. o.o I actually like trying to make them all as happy as I can. Greg's faces are scary when he is really happy too though.

Hooray! You're such a bad candidate! You did it.

I think this was executed wonderfully. The idea is a little overdone, but the way you pulled it off makes it feel really unique and wonderful.

I would have appreciated an in game explanation of how to set respawn points.

Also noticed that the game doesn't scale in windowed mode which is how I was playing so I realized later I wasn't seeing everything I was supposed to.

Thank you so much! We are considering condensing it a little bit and adding intro/outtro statements for each interviewer to explain things better after the jam rating is over. ^^

Wow. This comment means a lot to me. I know you play a lot of games! I was glad to see your video on Glitcheon, and happier to see you come back and cover this one too. :')

Yes there is! Greg is pretty up beat, it will take more than just a couple things to tip the scales with him. No worries though, you don’t HAVE to make him reject you.

Also, thanks for trying the game and taking the time to record. Always helps to watch someone with a fresh perspective. :)

Woo, I beat it! I'm impressed with how many levels you made, and I really like the difficulty curve.

You took the time to make multiple levels, interesting mechanics, a menu, sounds and sound effects... this is great. Not a lot of people can pull that off in a game jam.

That said, I felt like the music worked but the sound effects were a little off putting/non-compatible with the music and visuals. They were kind of retro/digital sound effects, but the game is hand drawn looking/not an arcade style game or retro pixel art.

that’s interesting, Yaen who did our voice acting also did it in a really short amount of time.  Either way, it came across very nicely.

I know the game is sort of simple (in a good way) but I'm really not sure how you managed to finish it with all this voice acting. Very funny stuff!

Physics were very entertaining, although I didn't quite get the hang of it. Doing the objective that it told us to do makes us lose the game, so not sure exactly what's going on there, but I did have fun just driving around outside the main track and doing flips on the ramps and stuff. :) 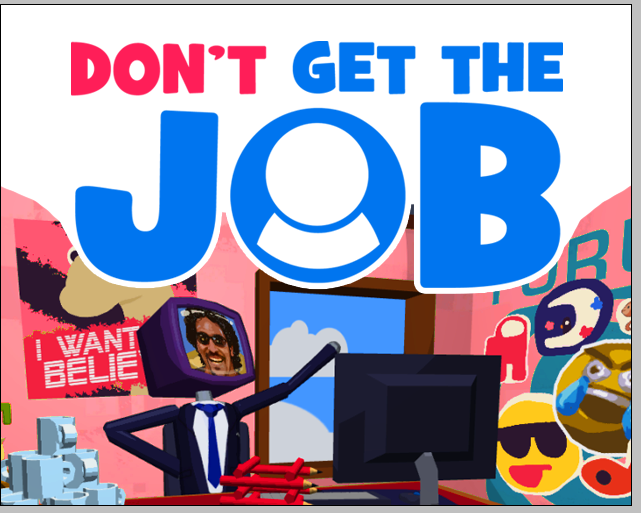 Heyo! Best advice I can give on judging if it was a good or bad answer is to look at their face, listen to their vocal reaction, and read the text. If it's still unclear it could be a so-so answer which doesn't help or hurt you. There are a few of those for sure with some of the characters.

Well Bonicle the result of feedback on the art is: overwhelmingly positive!

This was really fun! Honestly enjoyed it and I got to the "end," like what appears to be the end? Tried playing through again for secrets but couldn't find anything that changed the way it ended.

I did play through it twice though, so that tells you something about how interesting it is :)

Visually very appealing. There are some polish concerns with the UI in game (pause menu doesn't match the main menu aesthetic, death count is a bit prototype esc), but I totally let these pass on rating since it's a game jam. Oh, and the sword trail never stops even when you're just walking/not swinging. Again, not a major concern, just an observation.

Design wise, I would have appreciated check points when you get to a new area based on having to die to get there, like a checkpoint for after the first double jump for instance. Some of the repetition after dying seems unnecessary when starting from the very first point. What you did do here which I like is that enemies don't respawn when you die.

Sound: largely good, just missing a sound effect for when you land/become grounded after a jump. Sometimes I jumped too soon, thinking I had already landed, but wound up double jumping instead and thought it was a regular jump, so I died not being able to do the next jump which I meant to use my double jump for. Hope that makes sense.

Level progress: I like the sound effect and visuals for moving the islands, but I didn't always know where to look so if I missed them moving sometimes it took me a while of panning the screen to find where to go.

All in all, a fun game and the concerns/critiques above are just objective critiques I'd give to any game that was made in a normal amount of time. Please consider this game a serious success! I enjoyed it, and I'm sure others do too.

Please add background music. This goes a long way in telling the players what kind of game it is and what kind of experience they might have playing it.

I was confused sometimes because there were not many animations or sound effects to tell me what was happening. Especially on the first and last levels where you have to stand on the objective.

Overall it was a fun game that I did finish all the way through because I like puzzle platformers, and you definitely got that part right.

Thanks, this makes sense. We wanted to change their default expressions and body language as they begin to approve/disapprove more or less but we didn’t have time.

Thank you! We set out to make a game that you CAN win or lose, but it doesn't really change the overall experience, so don't fret if you got the job. You still experienced the game as intended. :)

Good job! The idea is that your recruiter would be mad if you turn down the job. :shrug: Otherwise, no game lmao.