Thanks, i guess i was a bit confused about it. I am going to try that now. I tried it for a bit and reread the post about how to install the mod.

I de-installed all the other mods and the former version of your mod. Infact afterwards i deleted the entier game and used my winzip file of the most current version of the game to prevent any problems from showing up. ( like leftover files from mods )

The only thing i did not do was add the bodiesnaked and bodiespregnant file but honestly those are 2 empty files and i had already copied and filled up with portraits. For the rest everything was done as it should.

I still get this error though and i don't know what it is. 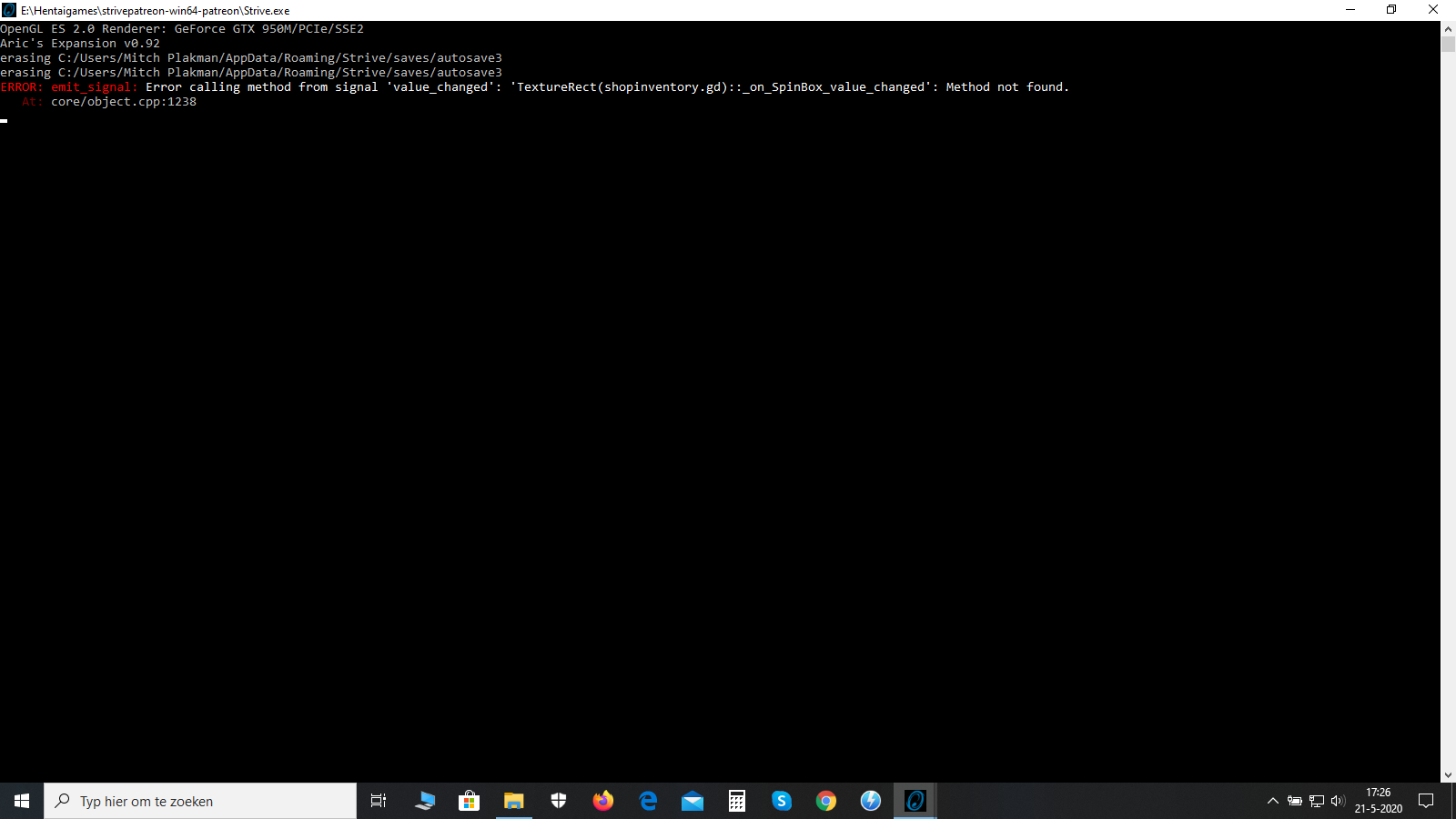 Good luck and with high regards,

Hi, love your work as always. I don't know if i found something or not because ingame nothing happened but i did find something in the console so i just thought i would show it. 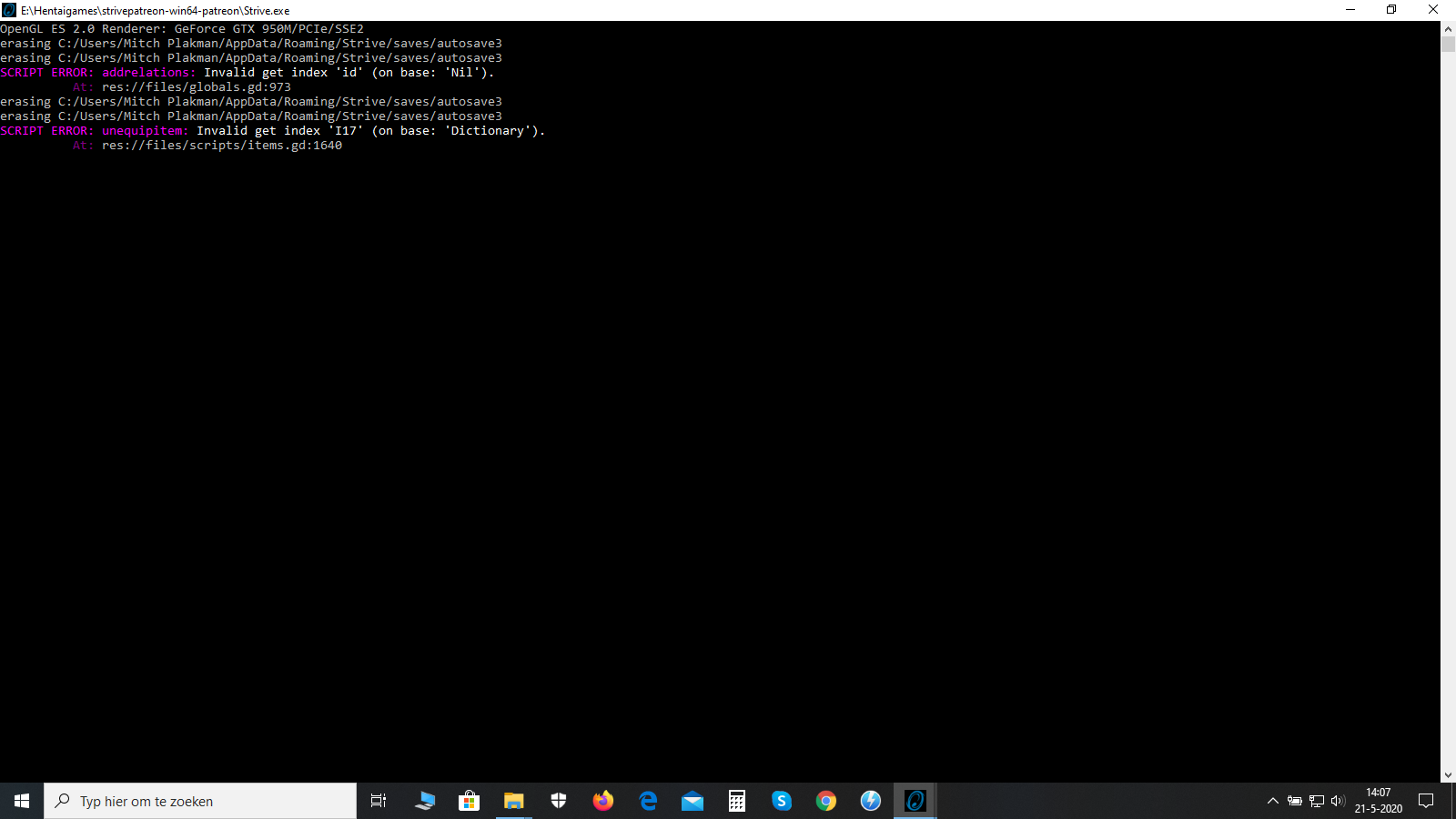 And i found another one 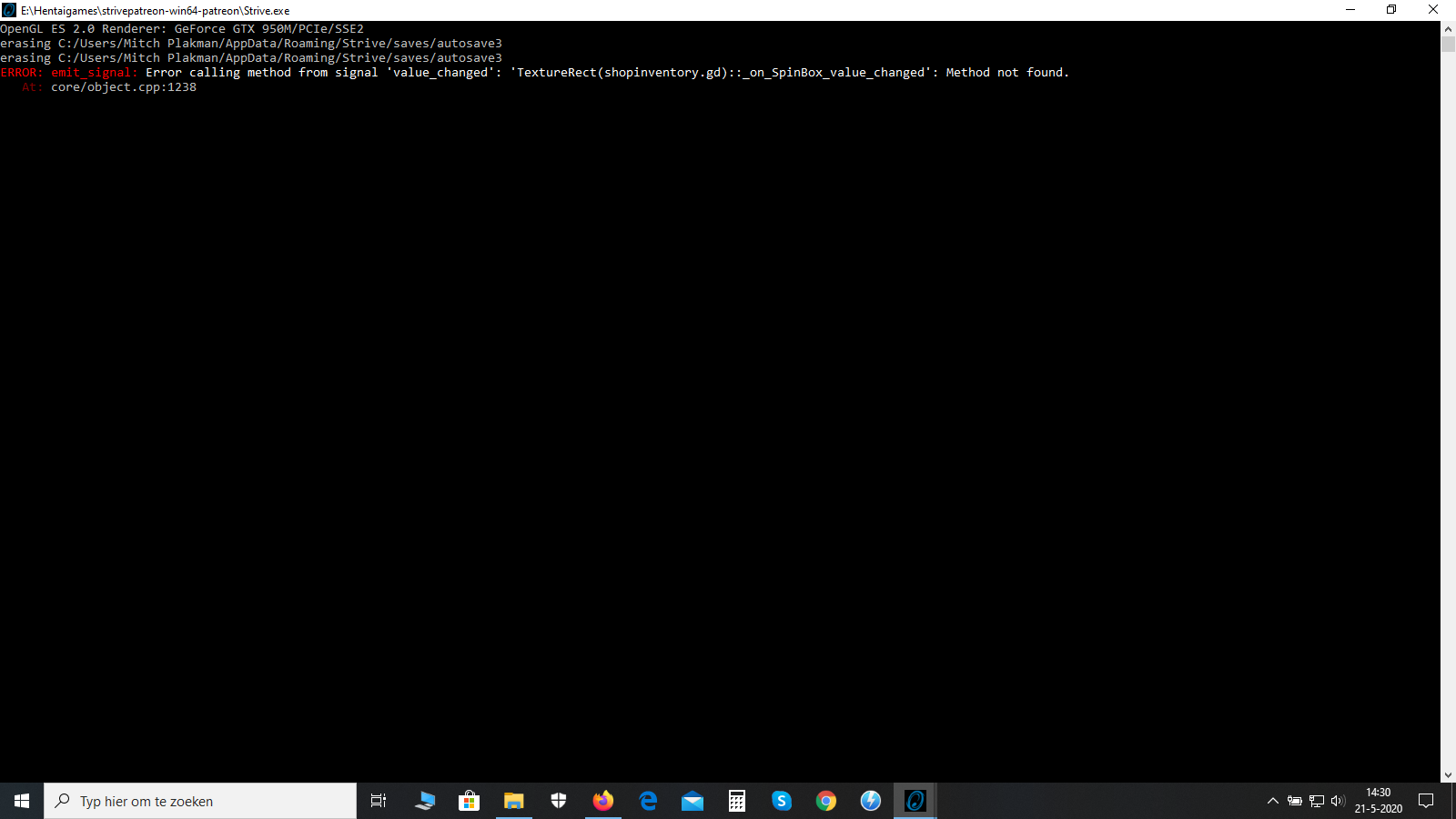 Hi, just wanted to let you know i found a bug when trying to unequip. ( Meaning i can't unequip items ) 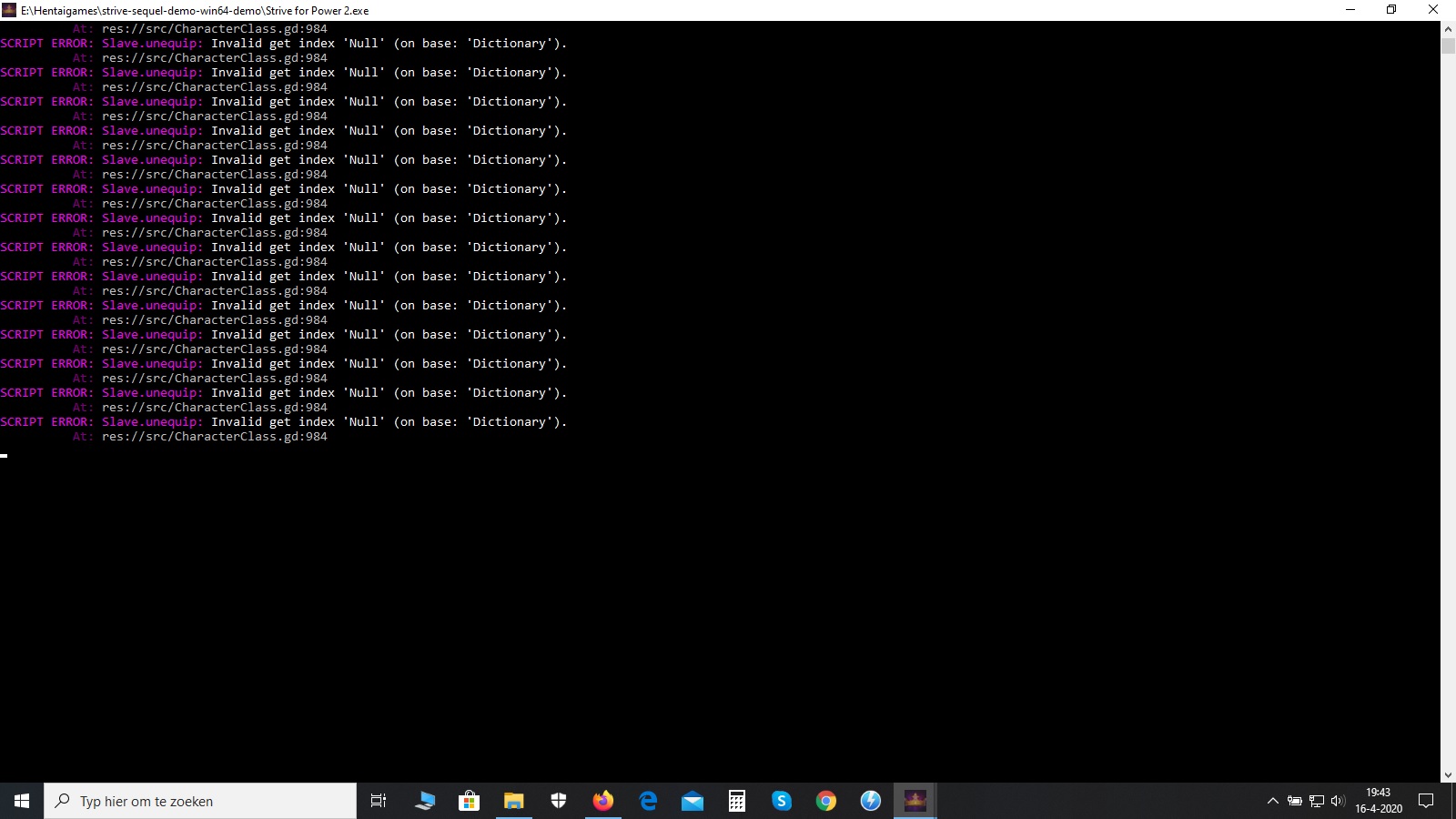 Hi, i just wanted to let you know that i found a bug with the sexsystem. And i have the images included with this post. 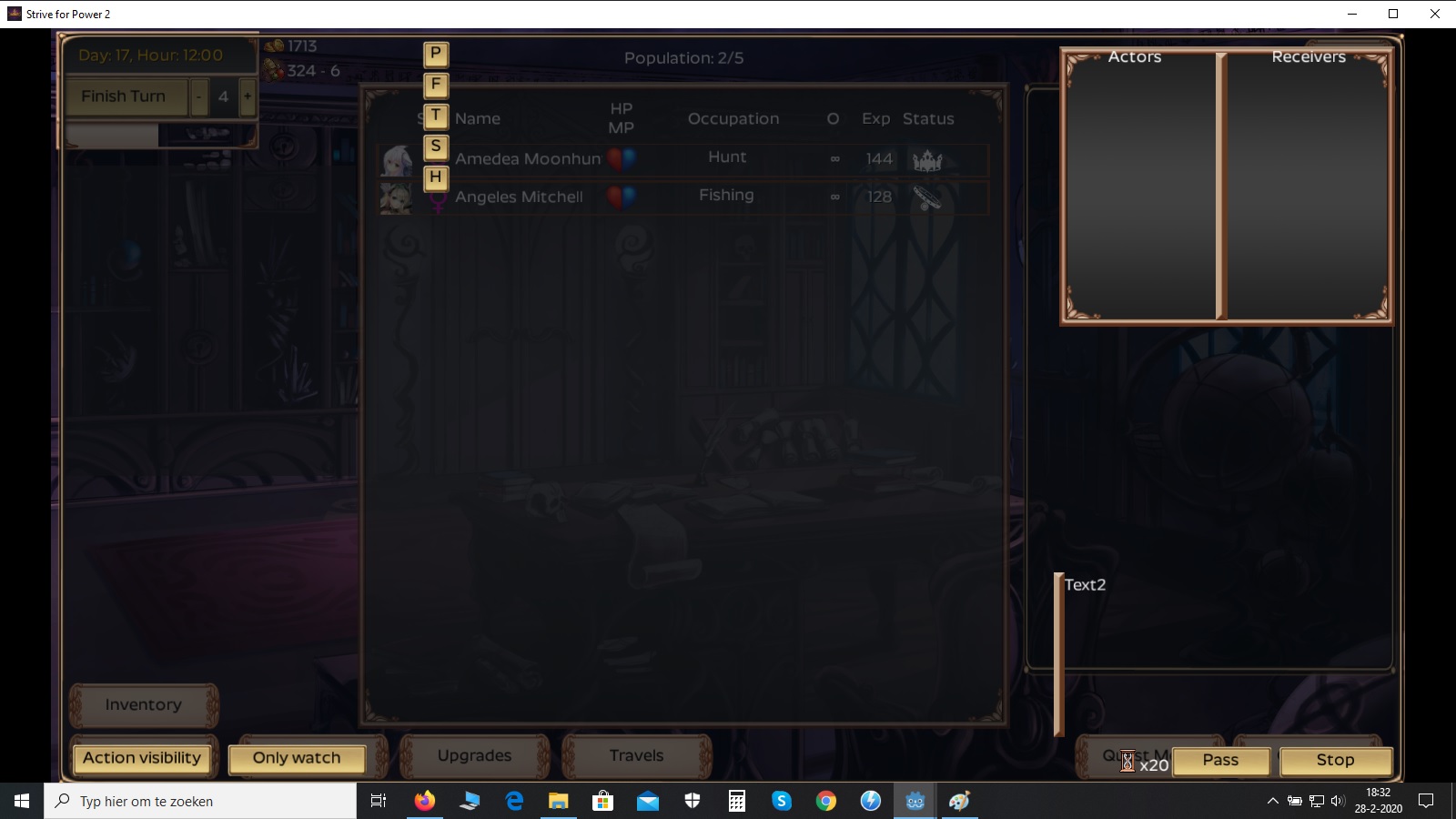 And here is the other one 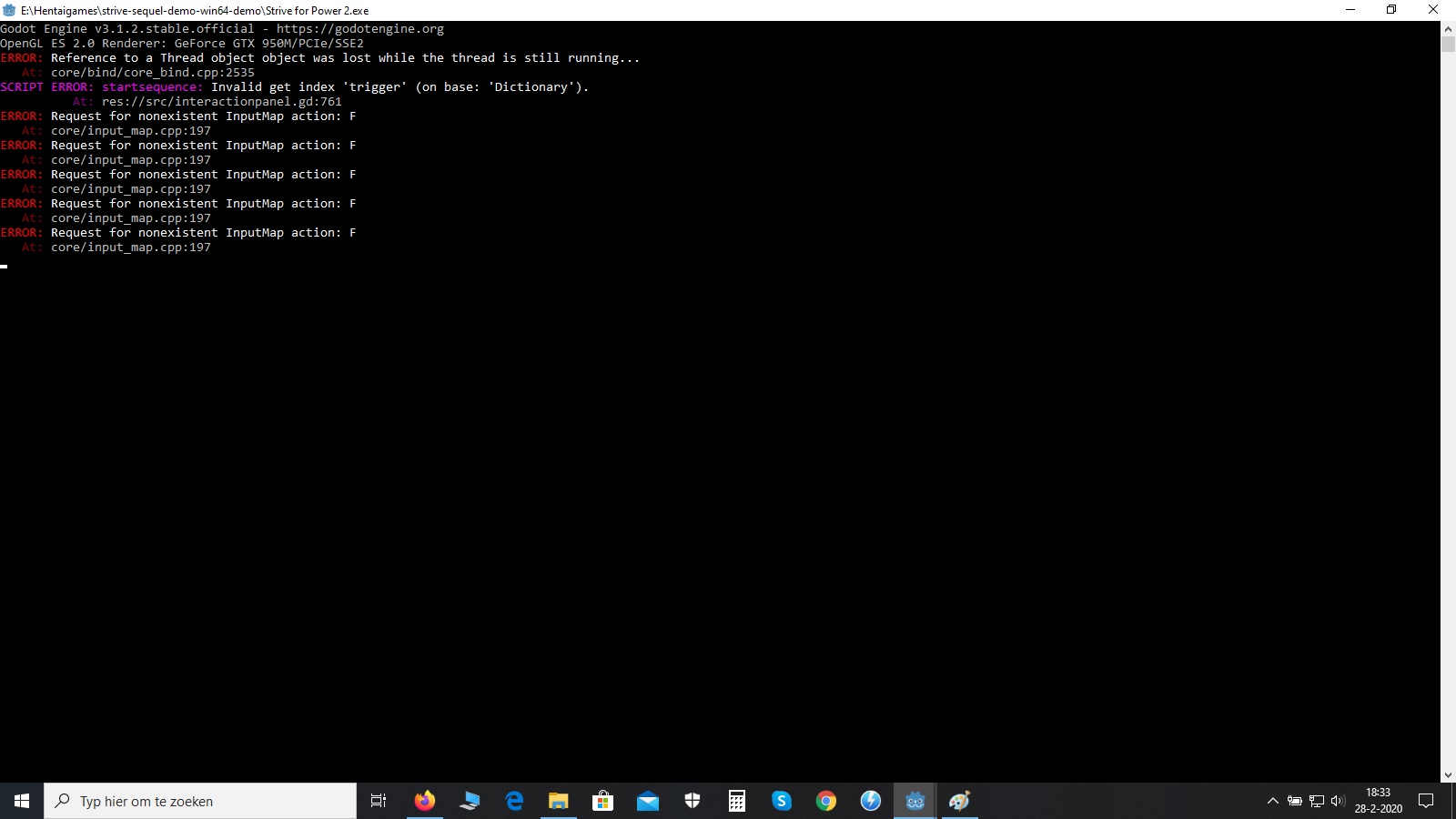 I really like those ideas as well. But you are right that some of them are a bit unbalanced. For example with the slime class, not being able to experiment on them in the laboratory will pretty much make sure that they cannot gain those 2 bonus points that any other race can get for both strength and agility by using said laboratory. Would that not be a little bit harsh? Maybe instead give them a -2 to magic instead.

As for the thief class that you mentioned, while it is a great idea it also is extra money without a penalty for it. If we would expand upon it a bit then a good thief would not get caught but after a while people would still realise that they are starting to miss money, and eventually would connect the dots, with you being close every time some of their money goes missing.

Would a small loss of reputation at the end of every week in the city where your mansion is located be a sufficient counter penalty for your thief class?

EDIT: Also another small idea, but i truly do not know if this is possible. But maybe set the players stats by race, instead of giving the player the ability to pick their own stats. (What i mean by that is normally after the player picks race they can decide how to divide their stats, with my suggestion your stats would be dependant on what race you pick. For example, the player picks a demon as race instead of getting to decide yous status after that have it literally have the status of an ingame demon.) Namely at the max without improvements 5 to 4 to 4 to 3 in strength, agility, magic and endurance respectively.

Hi, just wanted to let you know that i have been testing the demo for strive 2 a bit. From what i have seen already, if this is only a demo then it is going to be a great game when actually finished.

I have a few ideas though, and i hope maverick reads them here.

1) Right now it is still a bit to much micro managing. You have to manually fill in schedules daily. Would it not be better if you fill in the schedule once and then have an option with repeat daily? I mean the schedule can always be adjusted later right?

2) The fear and obedience system. Maybe overtime after fear has decreased enough have daily obedience decay decrease less and less. Until it does not decrease anymore. ( Like the slave in question starts trusting her master overtime ). Also add a loyalty counter next to the fear and obedience counter, and as soon as fear is low enough have loyalty start to increase.  Also with the loyalty counter have it increase at a very slow pace, and when the loyalty counter can not increase anymore have the obedience counter not decrease anymore beyond a certain point ( like with loyalty at 100 obedience cannot decrease below 80 or 70). This way you create a bit of a waiting game with short term benefits for increasing fear to keep them obedient against greater payoff and long time benefits by treating them at the very least decent.

I hope you can do something with it, good luck.

Thanks, that was actually the first time i tried to use mega to upload something. I guess i screwed up with that one a little bit.  I hope it works this time.

I think it works now. The first one is the link and the second one is the key for opening the link.

Thanks, i am going to try that. 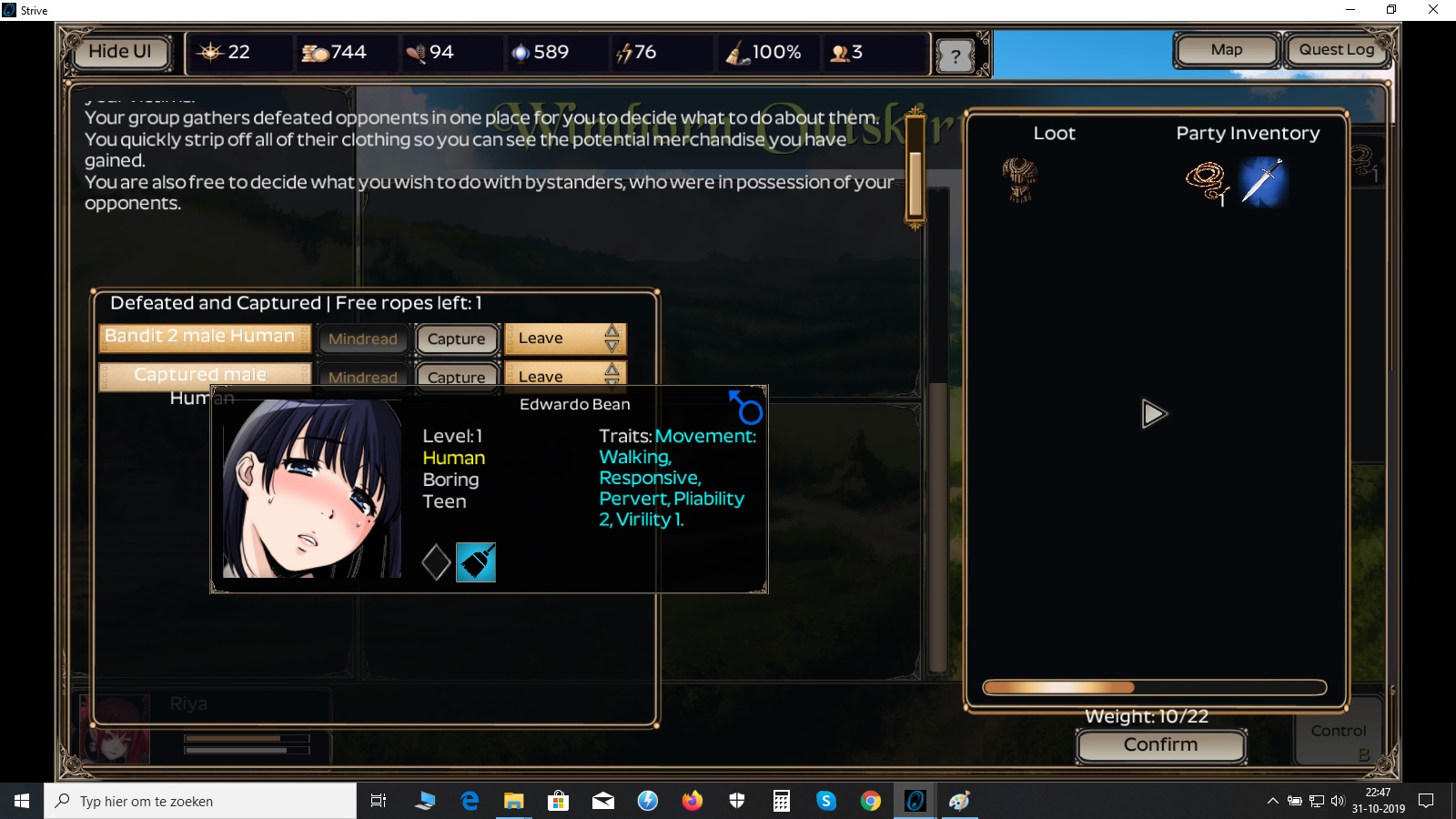 In the mean time i have found another bug. This one is kind of funny though. This bandit and his victim thought, nothing as good as attacking yourself.

As per the usual complete with screenshots and log. 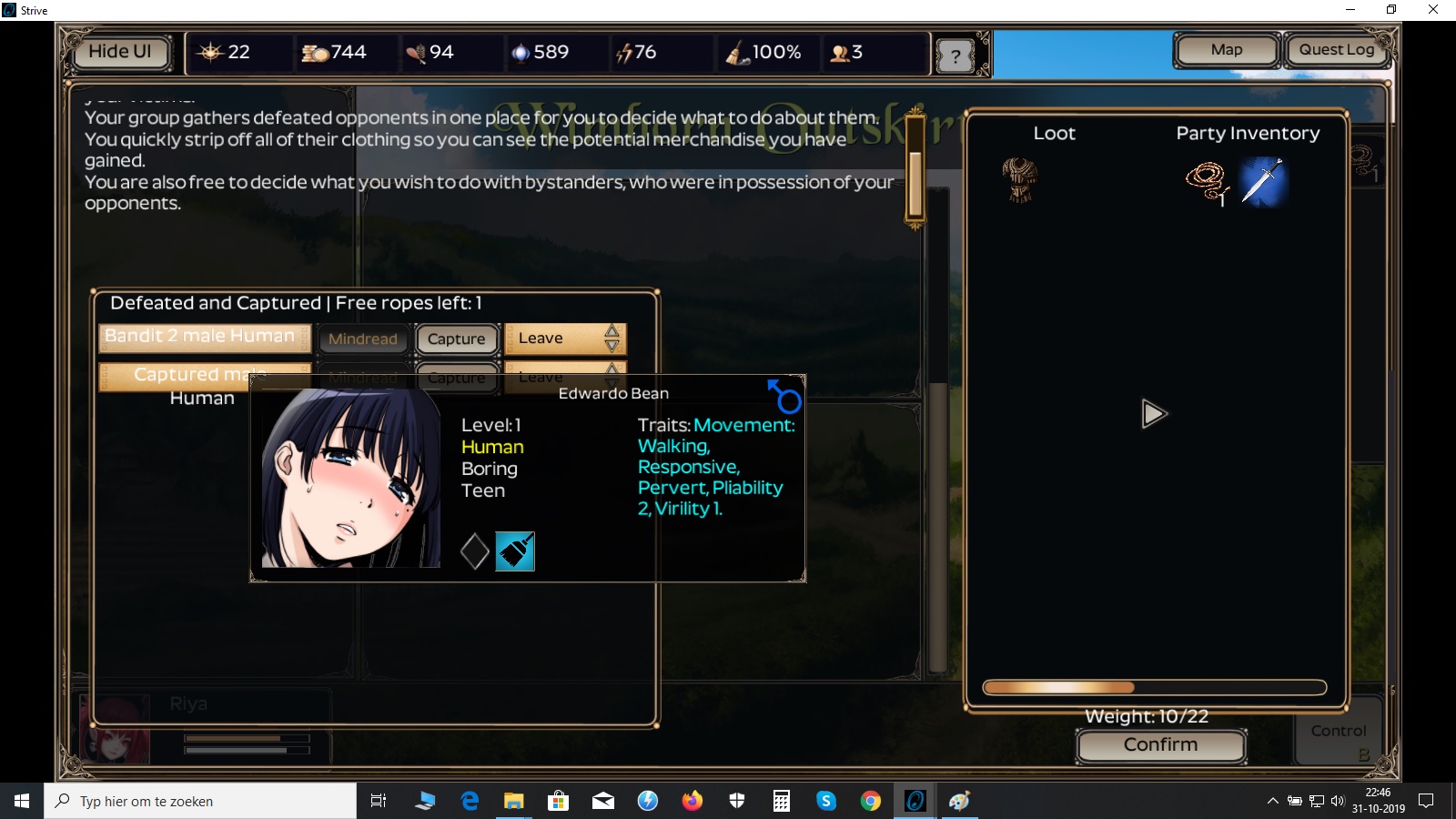 that could be a possibility, my save is currently at day 20 but i don't know for sure if the other errors where at day 15.

How do you add files anyway? I know how to add a screenshot now, but no idea how to add files. 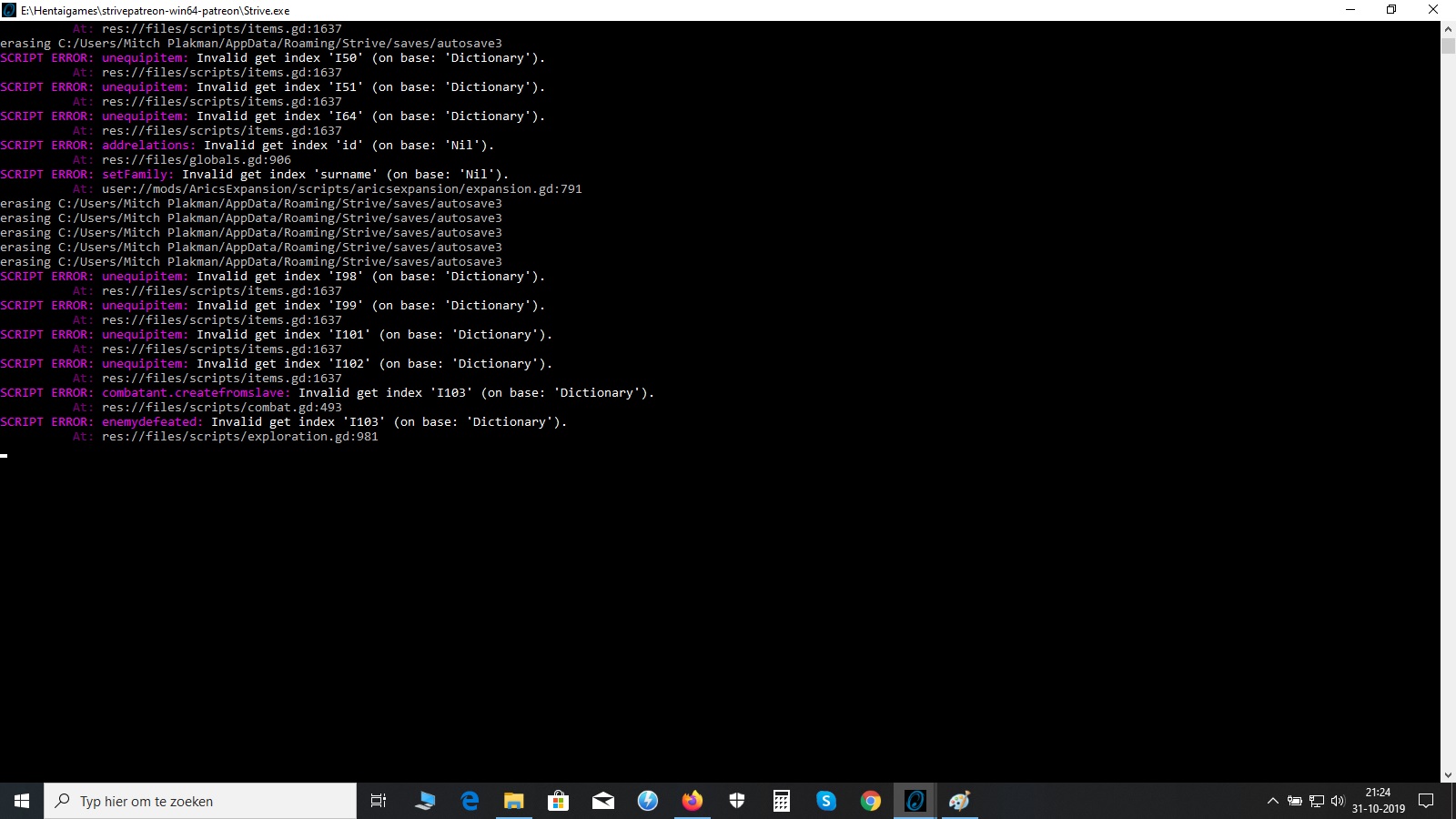 I don't know for sure if this was a bug that should have been fixed or not but i guess this is the same bug i had in the last update. My save is a new one created in the 0.7 version though. Here i have the log and the screenshot. 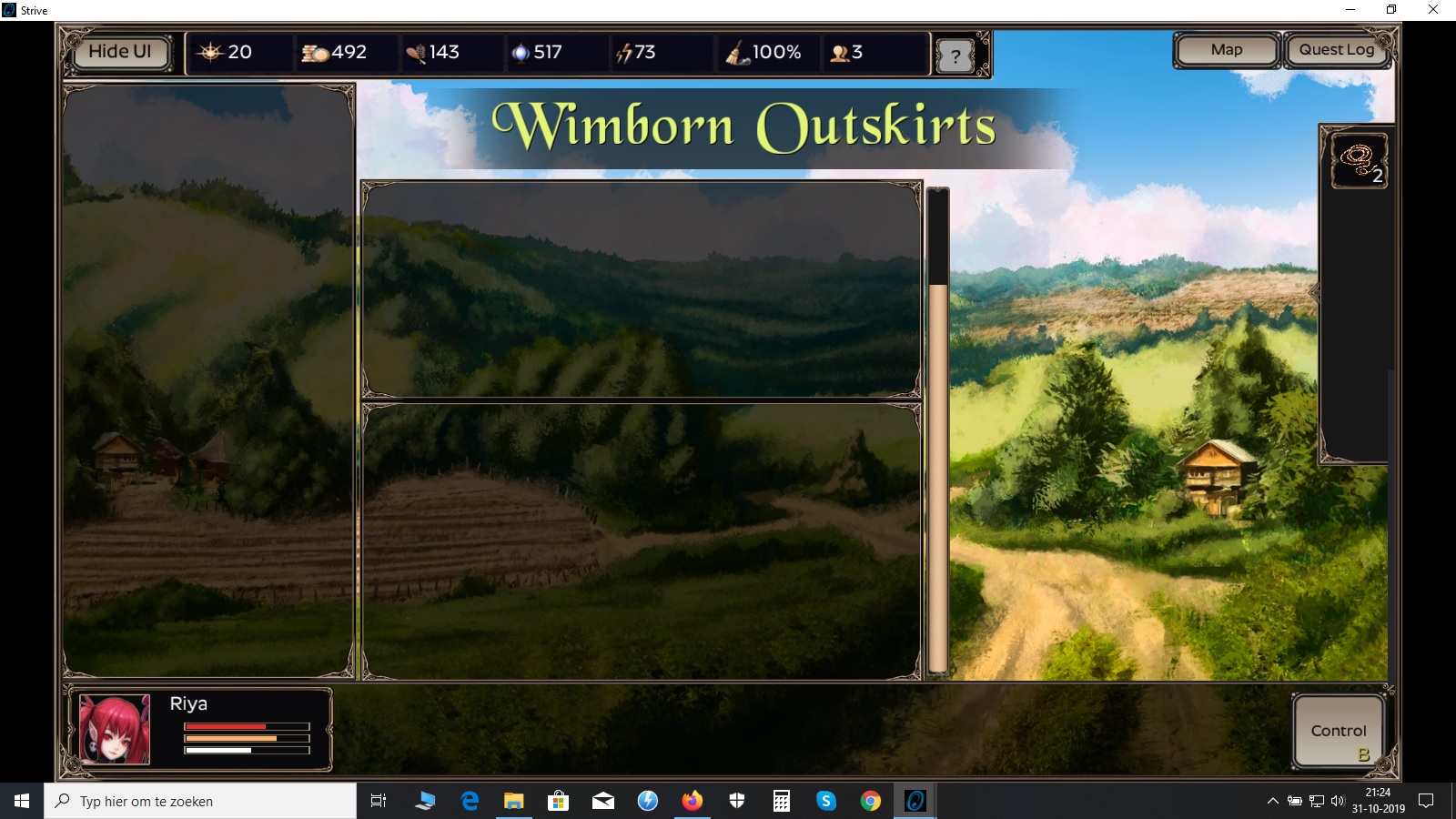 Ok. I guess i did not know that. Thank you for that one.

Thanks for answering my questions, at the least i know that i did not do something wrong now. And about my starter slave, I could take her with me regardless of consent. (What i mean is when i asked her if she would fight for me the answer was a clear no, but i still could select her in the companions screen.)

Hi, just wanted to know if i installed this right. Becaues last time i checked the jailer, nurse, chef and combat group were not displayed on the main screen. Furthermore, i don't know if this is a bug or not but i can take my starter slave with me in to battle from the start (despite not having her consent for that) 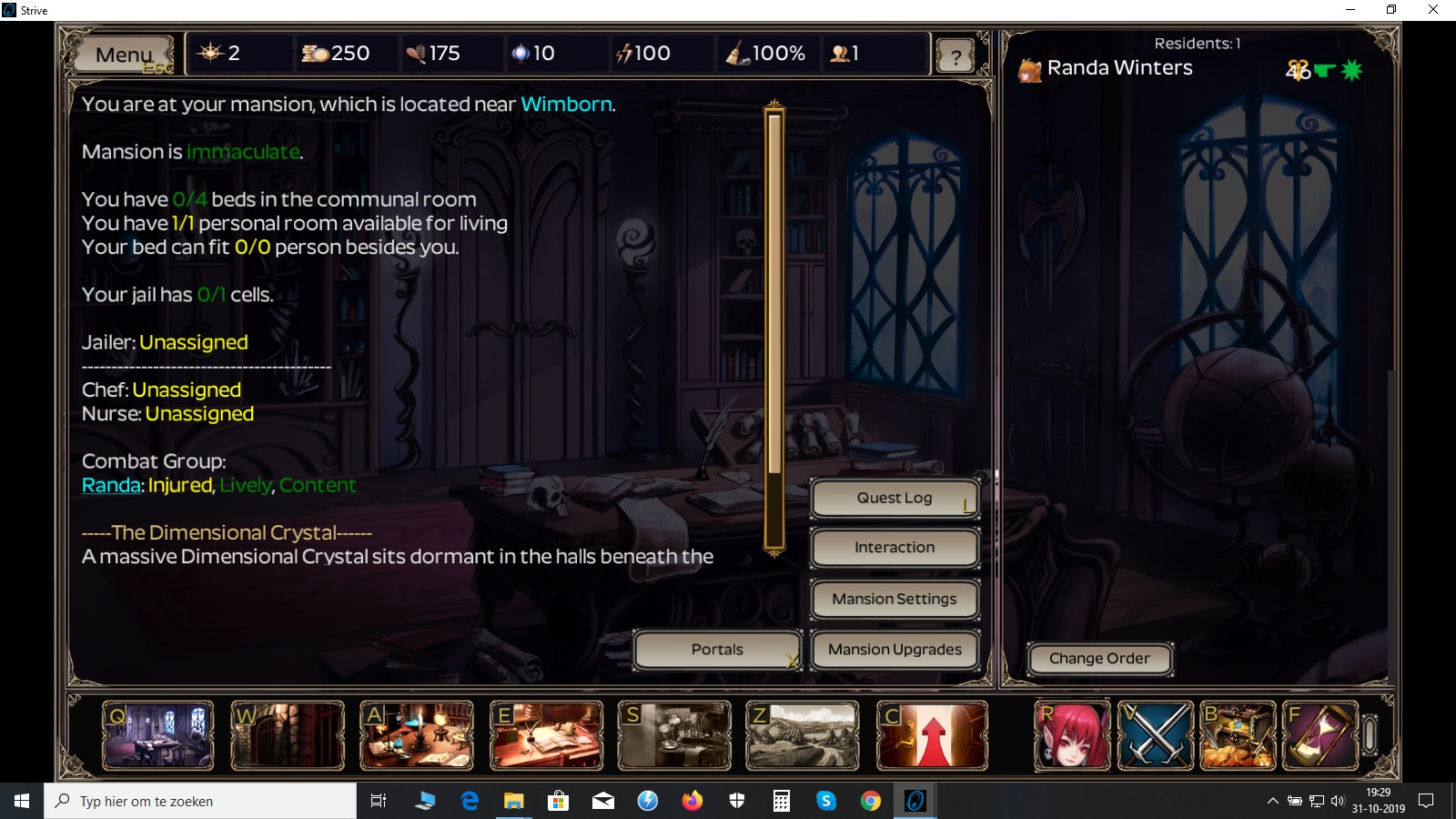 Completely new save. No problem, and good luck. Really enjoying your mod though.

Alright, that's it for now. Good luck with this.

And here is the log for that particular bug. Remember wath you see is only the image of the log, but this one kept adding new errors along the way. ( it kept looping, adding error after error.) 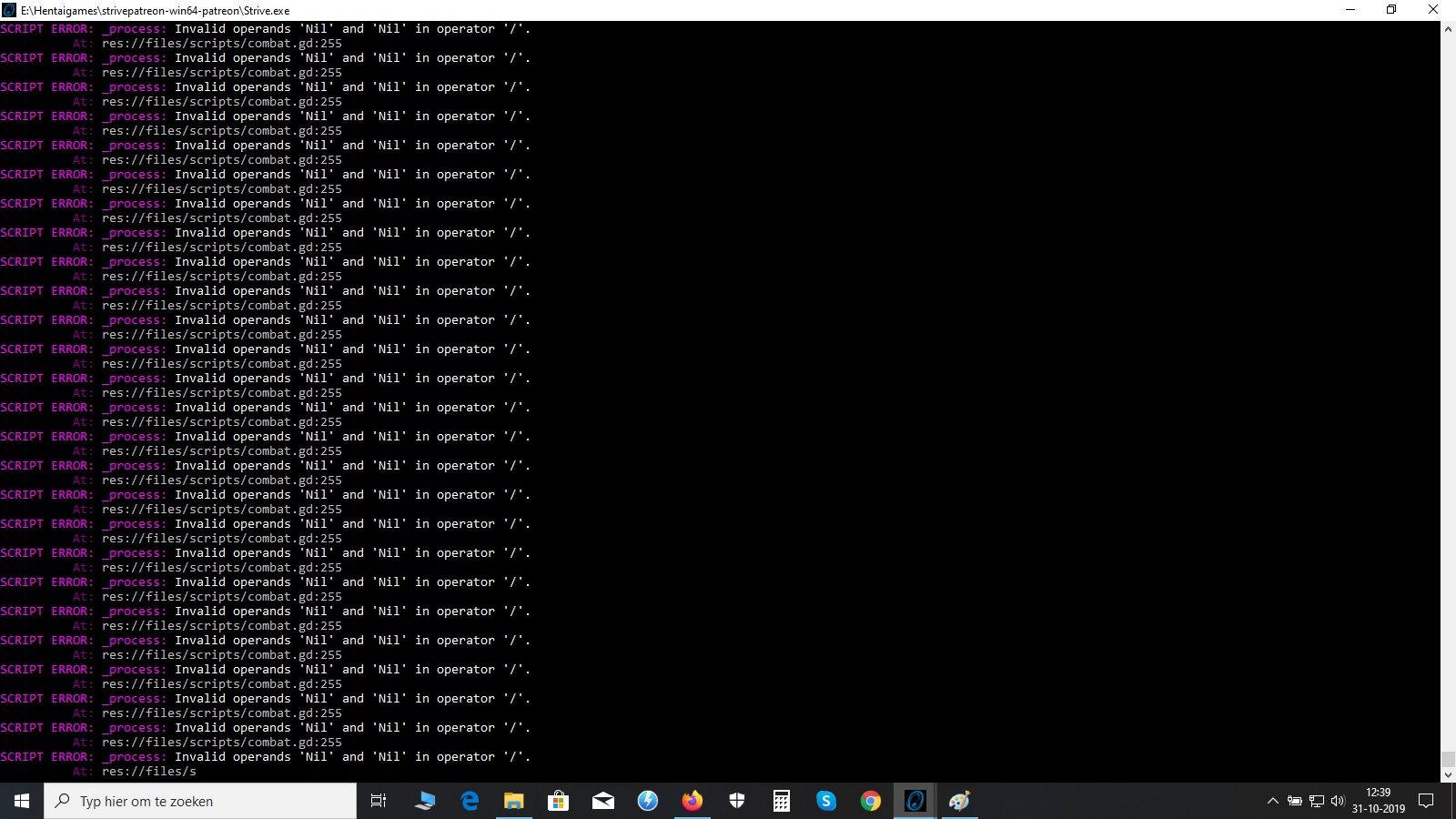 Here is the bug that followed right after. With this one attacking them won't do any damage. 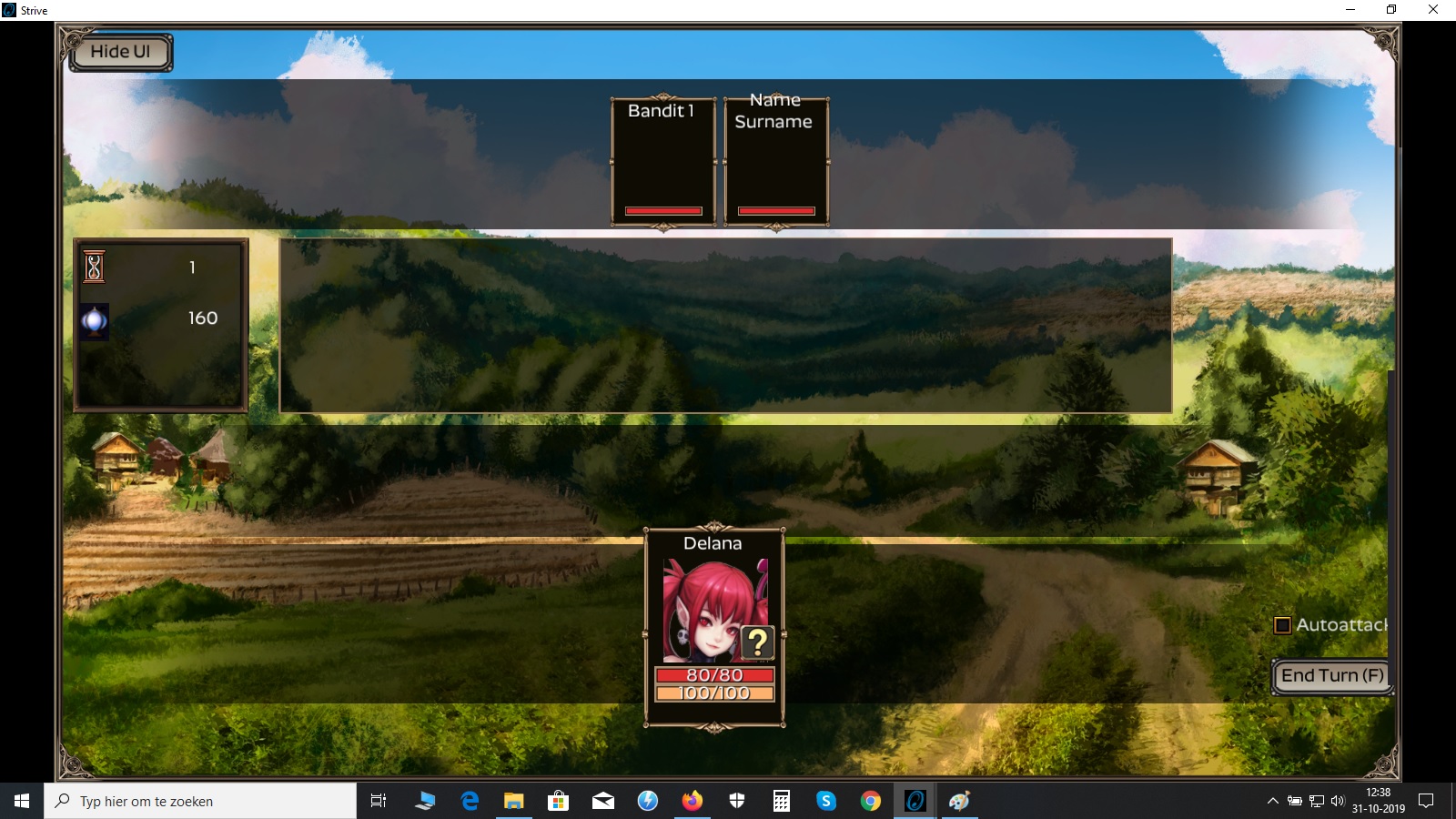 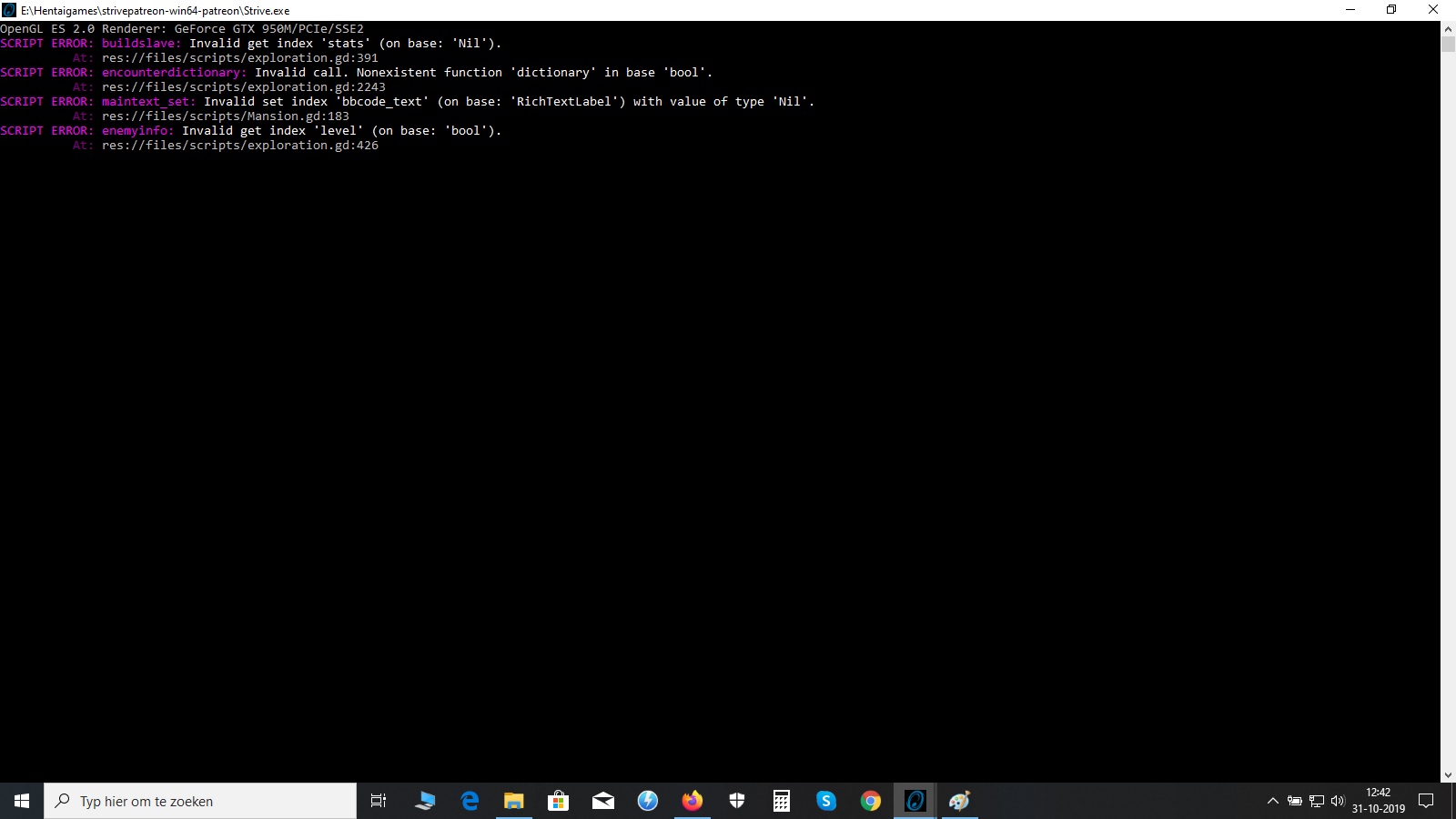 Hey, here i am again. Using 0.7 now and i found a couple of bugs. I don't think it is gamebreaking because these are clearly avoidable but i thought i would let you know regardless off that. Here are the screenshots and logs. 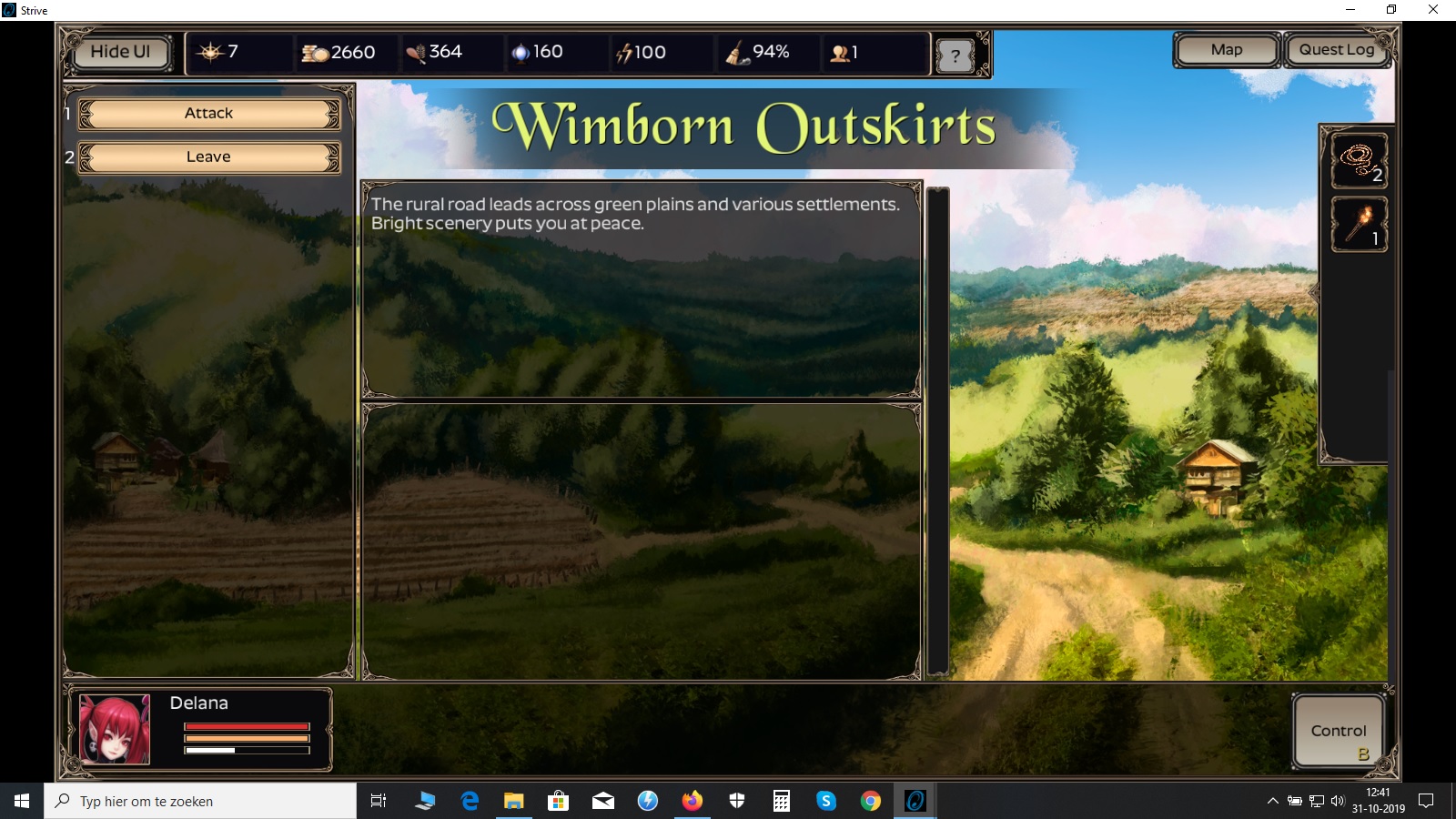 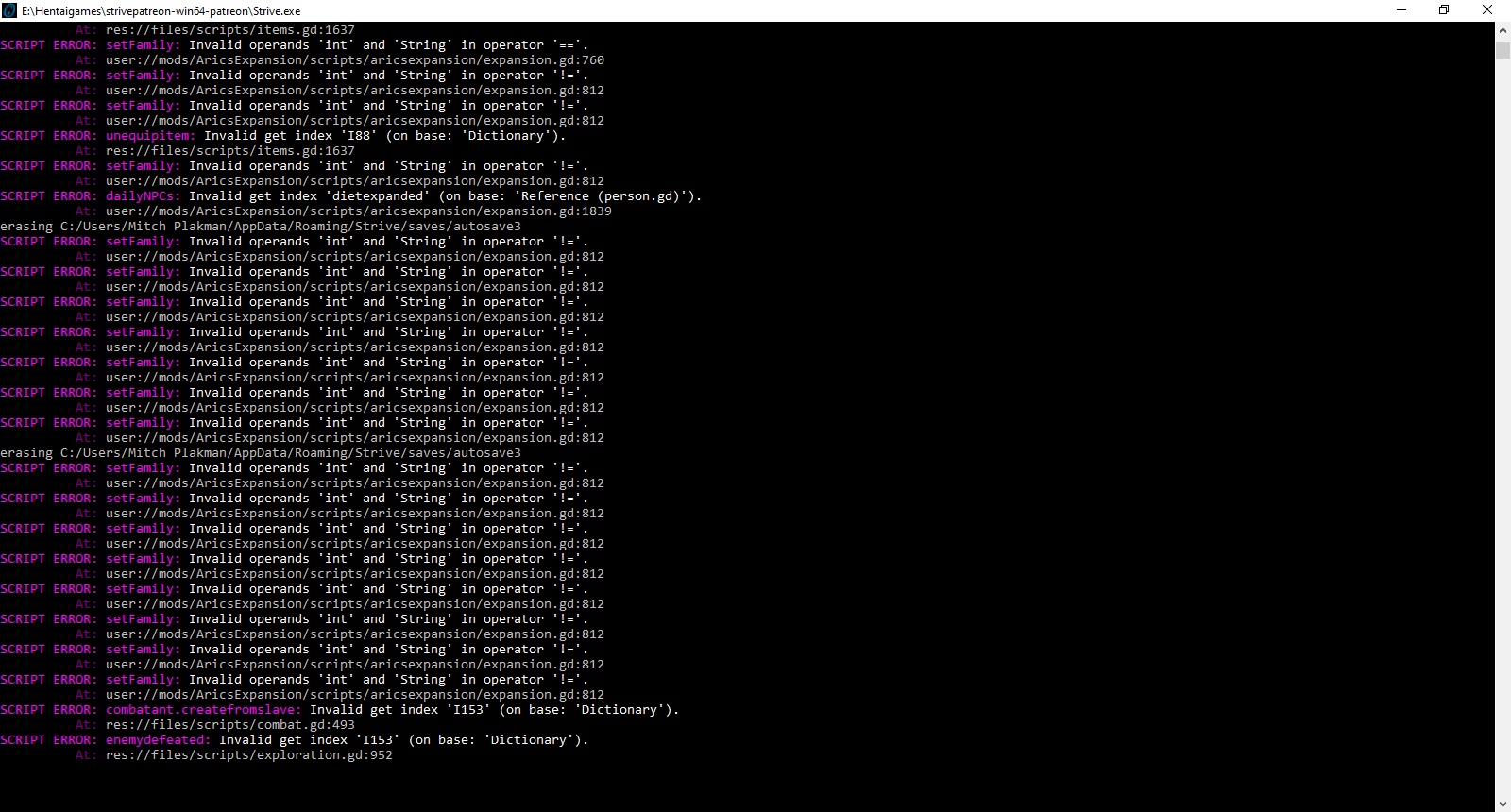 Hi, i have found a bug that has been quite consistent in this mod you have made. Great mod by the way, itreally adds a lot to the game. As for the bug. Sometimes when i have a battle in the outsides after winning i don't get the battle endscreen. Instead the screen is blank and the only way out is by quitting the game.

I have a few screenshots with this happening, as well as the log. 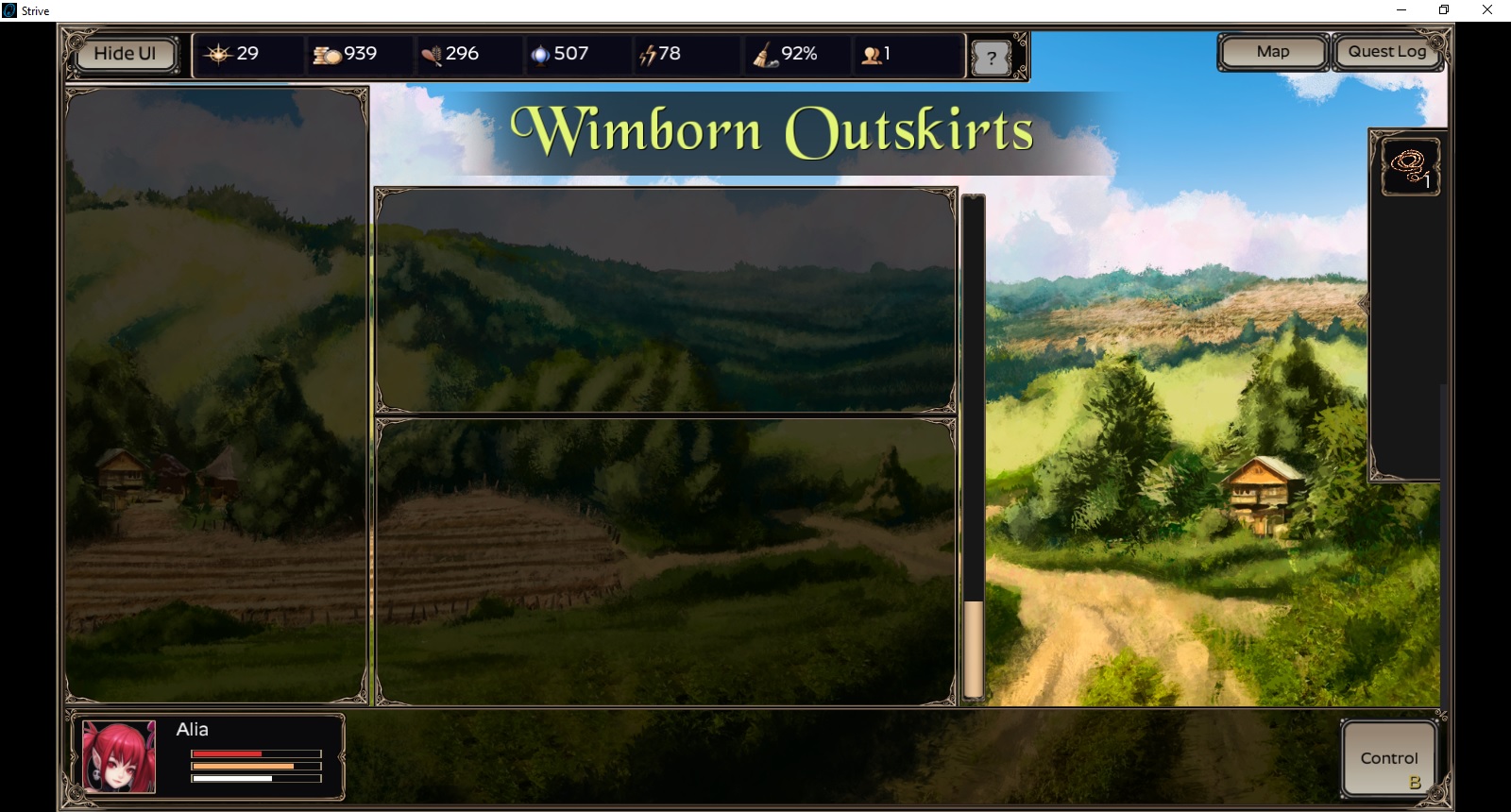 Thank you for your answer. Good luck with updating this mod, and have fun.

Thanks for the answer, i will try the older version first then. Still about the other thing, does anyone know how to make a picture or add a document to one of these messages? Thanks again.

Hi, i just wanted to know if i did something wrong with installing this mod or if installing this mod with the latest version just does not work. Also, i don'tknow how to make a picture of the error so i copy'd that to a text file, but i see no way to add that file. If you would like to help me with this it would be highly appriciated.