This was really cute! The robots are fun to line up for combos, and I like that this is an optional scoring mechanic and not fully necessary to progress. Final score: 57300, played on Windows 10 64-bit with keyboard.

My main issue with the game relates to object spawning: Power-ups can spawn on top of you and instantly take effect, and when the player dies and respawns, their semi-transparent sprite can blend in with any robots that happen to be passing by that spawnpoint.

Thanks a bunch! I wasn't sure how it was going to turn out at the time, but I'm happy overall with it. Glad you enjoyed it!

I've uploaded a new version with these changes. Keys 1 to 9 will select a save slot, F5 will save to that slot, and F8 will load. Additionally, save/load can be mapped to gamepad buttons, and the current slot can be chosen from the pause menu.

I recommend running "hibernator_console.exe" from the command prompt, just in case one of LÖVE's subsystems gives any kind of error message in the event of another application close. (Warning: If you double-click on the exe instead of going through cmd, the console will close when the game closes, taking any messages with it.) Additionally, it might be a good idea to change your save slot every 15-20 minutes just to ensure that the save isn't corrupted somehow.

For sure, I think I would have acclimated if I had continued with KB+M.

Current status: I haven't been able to dupe the application close under Windows. I'm aiming to have the following completed by Monday evening:

* Add save state / load state functionality
* Bump the EXE up to the LÖVE 11.3 preview build for Windows
* Include a Windows build with console output, just in case whatever is causing the app to close is also generating an error message
* Maybe increase the volume of the sound and music files, as they seem way too low compared to the built-in sounds on Windows

I'm not sure if 100% understood the second sentence, I think you're talking about how scrolling the screen will move the mouse along with it? It might be interesting to experiment with an option where the mouse cursor stays still (relative to the game world) when the screen scrolls, but I think something like that would be less than ideal for anything except a relatively small boss arena.

This is totally a nitpick and I feel silly dwelling on it, but the boundaries of the arena are close enough to the boundaries of the map that scrolling stops when approaching the corner of the arena, changing the player's targeting angle as they move around when aiming with the mouse. Just wanted to mention that during my playthrough, it was my motivation for switching to gamepad input (which ended up working really well).

Looking at the behaviour again today, I see that there is more going on with the camera than just keeping centered on the player, like the focus mode expanding the zone that the player can move in before scrolling occurs. (And losing visibility on the boss because they're out of frame would be a worse trade-off.)

I just finished the main bit (without the secret boss) and had a lot of fun!

Did you get stuck or frustrated at any point? If so, where?

It took me a few tries to defeat some bosses, but nothing out of the ordinary I would say. I am not an experienced danmaku player, and I also have a weird hangup about trying not to use slowdown items in games unless completely backed into a corner. I had no issues with the environment puzzles. I opted for the simple riddles.

Did you enjoy the combat? Were any of the mechanics hard to understand?

I did, the player is fun to control. I started playing with mouse and keyboard, and had a bit of trouble keeping my aim on the bosses as I would sometimes lose track of where the targeting reticule is. When aiming with the mouse, the reticule's positioning is affected somewhat by how the scrolling will lock against the boundaries of the map. After the first boss, I switched to an XBox 360 gamepad and found it easier to target the bosses.

I enjoyed the NPC interactions. The contrast of cheerful characters against a gloomy atmosphere worked pretty well. Love the music.

What difficulty did you play on? Did you find it appropriately challenging?

Intended Experience. I felt it was reasonable.

How did the game run on your computer? Did any parts perform poorly? (If so, it would help me if you could post your PC specs!)

I experienced some dropped frames and performance fluctuations on the first boss as it got closer to defeat. I don't recall having any technical issues during later fights. Here are my system specs (this is an old Windows HTPC that I recently dug out of storage)

Sorry, I posted that by mistake before writing everything out, and now I'm having some issues with editing the previous message. I'm going to reboot and see if it still happens.

Steps to reproduce on my end:

1) Shut down PC, remove all audio output devices, start up PC again. A small red X should be next to the volume icon in the taskbar.

3) Press Enter, or click within the window, and the LOVE error will appear. Issue is present on both the 32-bit and 64-bit versions.

Workaround: Plug in an audio device, and the issue goes away.

Some additional context: I'm setting up an old Windows tower PC so that I can test LOVE games on Windows, and also catch up on neat Windows-only games. This PC is hooked up to a KVM switch for sharing i/o devices among multiple PCs. The KVM switch is very old, and supports only VGA for video and 3.5mm jacks for sound. When switching between systems, it looks like Windows is not always detecting that my speakers are plugged in.

All that said, this error probably won't be encountered by many people.

I'm getting a LOVE / Lua error on the title screen in Windows 10 64-bit if the OS thinks there are no audio devices:

Oh thanks! Sorry that it crashed, I will look at adding save/load to disk, and maybe bump the LÖVE executable up to the 11.3.

I have some diagnostics questions if you don't mind:

* Do you recall which area you were in and what was happening when it crashed? Did the screen turn baby-blue and display a LÖVE error message, or did it just crash straight-to-desktop?

* Can I confirm your OS and if were you playing with a gamepad or just the keyboard?

Oh thanks! I was thinking about the hybrid 1st person perspective in Drakkhen while working on this 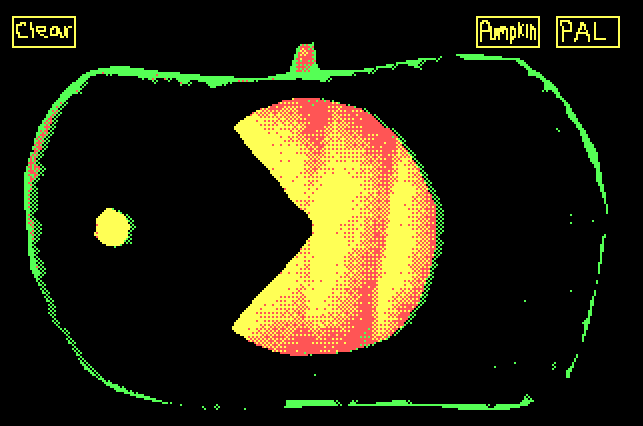 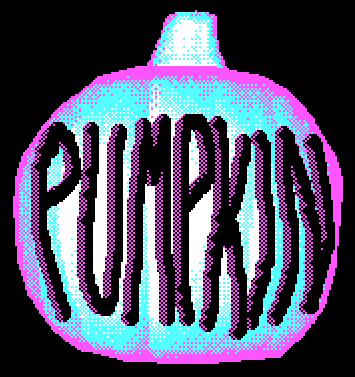 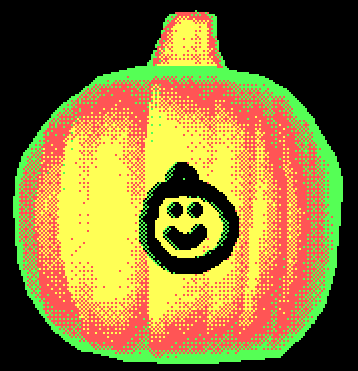 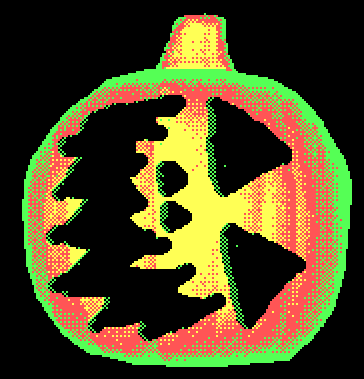 This is very playable and enjoyable! The vertical layout and all the different gameplay components work well together. I'll need to get some more practice in to unlock the other characters.

Wow, that was awesome.

Interesting take on ZZT! I like the drawbridge structures near the end,

Is it possible to save the game? I notice that the help screen recommends saving often, and the game over message offers to load saved games, but nothing seems to happen for me.

This was fun! Good use of multiple protagonists experiencing things differently in the same general area.

Converted by hand. I'm going to put together an article about the differences between the two engines later when I have more time.

I can drop this page and include the converted assets on the main Bitsy version if that is preferred.

Thank you! Bitsy is really fun to work with.

Thank you for the very kind words! I wanted to try making something like Bad Mojo in Bitsy, but a little less gross, after watching a little spider casually scaling my computer monitor.

I ended up taking some shortcuts / liberties with screen-to-screen continuity, like the rear sideview rooms (behind the monitor) are mirrored horizontally to align with the top-down desk view.

Hey thanks! There were lots of very cool entries in this jam

Hi! I love Bitsy. I noticed a freezing bug when working on a game, and thought I should report it here. Apologies if this is already documented -- I searched the 4.0 thread for 'freeze' and didn't see mention of it there.

Issue: Exits pointing to uninitialized rooms will cause the game to freeze. It appears that under certain circumstances, these exits can be introduced to game data when deleting rooms.

Steps to duplicate the issue from a new Bitsy file:

* Place two exits from Room 0 to Room 1. There will be two exits in the Bitsy data for Room 0:

* Delete Room 1. One exit remains from Room 0 to Room 1. This exit is not visible in the editor, but it can be clicked on with the mouse and the 'Exits' panel will react.

* Stepping on this exit will freeze the game.

Love the frame and labels going on here.

This game started as part of a 'just messing around' file in an older version of Bitsy.  While editing and testing, I've experienced some issues related to invalid room exits being introduced into the game data.  If you find that the game freezes when the avatar passes over a certain spot, please take a screenshot, or let me know the exact location that it stopped working for you, and I'll try to fix it. I believe I caught them all, but not 100% sure. Thanks!