Great little platform game.  Love the way you unlock new features in the level that allow you to go further in the game.  Good level design as well.

Looks amazing.  Been waiting ages to place this, but it will have to wait until the morning now for me, but again this looks fantastic.  Loved it on my 2600 back in the early 80's and this just looks amazing.

This is good.  Starts to get fun after the 6000 mark as it starts to pick up speed.

That's a damn fine looking game.  Love the gf/x style of it.

If you ever want to team up and do an enhanced version of this game, let me know (I'm an artist).

Really nice game.  I liked it a lot.  Need to play it on hard at level 15+ for to be any kind of challenge thou.

Great little game.  Also started to get buggy after 10+levels.  Lost the bottom row of numbers as well as gf/x getting corrupt.

Hello,  Yeah go for it.  It would be great to see what your kids make with it.

Hello, Only had a quick play with the demo version, but there's a couple of things that I would need adding.

1) When importing files, would be nice to have an advance option to select sprite sizes as well as frames.

2) Been able to import a sprite sheet along with the JSON file info would be even better and been able to assign frames to animations (JSON files normally hold sprite sizes, locations and pivot point info when you pack a sprite sheet) .

3) Some kind of basic building frame for animations would be good to link together special actions.

Could also be used for sorting out animations like jumping - jumping + shooting.  If we could have some kind of matrix for actions assigned to action keys (jump / shoot / action) for example.

For example Jump would have:

Don't have to have any extra movement code (no dash movement), but just play the animation.  This would allow the user to see if the animations flow into each other better.

Either way, I like your program and I'll be buying it later today.

Just uploaded the update with the 3D model of the airship included for you.

As soon as I find out where I stored the master files for this asset pack, I'll update it and add the airship 3D model to it in FBX and Obj formats for you (as well as the original LWO format).  It will be a lot less messy this way and other people might get some use out of it.

If you are thinking about buying it.  hold off for a day as it's going on sale for $1 during the Summer Sale event.

I guess I could do an asset for the 3D model, but it's in LWO (Lightwave format).

Yeah,you can do pretty much anything you want with them except resell the package on (its fine to make something using them and then sell what ever you made with them).

Hope you find it useful for you.

Great idea - Not sure I did this right yesterday, but please include Flappy AirShip gf/x pack to the bundle.

Please add my GF/X asset to the collection.

Just a quick poet to let you know that I am making a new game for the Spectrum Next!

It's basically a retro style platform / MetroVania style game.  It's for the Next which makes things really interesting as it's fairly limited compared to modern hardware and it's these limits that really push you to do the best you can.

At the moment, I'm just getting the look and feel down for the game.  Done a few tile maps for the levels, have the player fully animated and have a handful of monsters.  The programer has most of the basic framework done (level importing, player running around interacting with the levels and the monsters), but it's still early days yet.

I've attached a couple of screen shots to show you the style of the game. 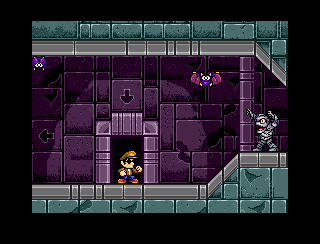 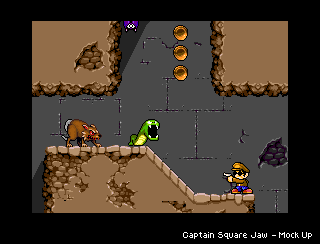 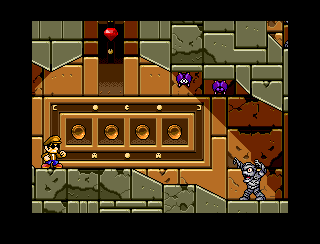 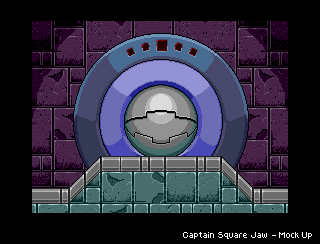 Hope you like it and feel free to ask any questions / comments.

That's the old version of the tree (I forgot to update the screen shots).  I changed it at the last minute as I liked the newer version better.  Think I still have a backup file with the old tree if you want it?

Thanks for the kind comments as well.  It was fun doing it and I'm thinking of making a deluxe version of it but I've still got a few more art packets to clean up and release before that.