How odd. Let me check. Might be a font  issue because it seems to be singling out specific characters.

Yeah it looks like a handful of letters and numbers were, for some reason, in the wrong font and it was confusing the thing for whatever reason. I think this should fix it now. Lemme know, it looks alright on my end.

It was indeed an older file, thanks for the reminder! I uploaded the most recent file for ya. If you have any more questions or concerns, just let me know.

Newly published OSR ruleset about being trapped in an infinite city that hates you.

Thanks. Hope you find it -and any of the others- enjoyable or helpful.

It was created for Einsteinian Roulette, a forum game I ran. If you want to look it up, its here

Be warned, it spanned years and many thousands of posts.

Wait...are you honestly conflating "Libertarian" with Nazi? Libertarian is literally the exact opposite of Nazis in basically every form.  Nazis were hard nationalist fascists while libertarians are basically diet anarchists. One seeks total governmental control, the other seeks almost total governmental abolishment. Its literally like claiming Communists are secretly Capitalists. They're just not the same.

If you really believe that then...I think your society's obsession with Nazis and fear of returning to them is coloring your perception of reality.

Its a rules light and pretty  free form game allowing for a lot of freedom. I've always been a proponent of a few well thought out rules which govern everything instead of a massive book of highly specific rules, so I'm happy about that.  The core mechanic of gambling stats on a roll, with the stats being "Used up" on bad or middling rolls is an effective one and I like the inclusion of the ability to gamble more for a higher chance of success.

So this game lacks any kind of setting and is pretty lacking in examples as well. There's no example character sheet for instance,  a scant handful of examples of items, augments, and the like, and basically nothing in terms of a setting.  Now obviously this is because the game is supposed to be a sort of semi-universal semi-realistic scifi ruleset that can be used for every setting from Firefly to Event Horizon.  The issue is that nothing about this system really cements it in the scifi role. You could rename a few things and this could be a fantasy medieval system.  The loosey goosey nature of the system makes it feel somewhat insubstantial and the lack of hard examples only makes it feel more bare bones.

This doesn't make the system any less functional, of course, it just somewhat undermines the feeling of the rules and makes them harder to get into. With no boundaries to bump up against in terms of what is or isn't reasonable, and with very few examples, it can be hard for players or even GMs to really understand their place in the world.  Really puts a lot of load on the GM for balancing and world building on the fly.

Unrelated to that, I do feel a bit disappointed in how the game handles its stat gambling system. See, you gamble your stats (or aspects of the world if it makes sense)  and if you lose or don't succeed perfectly you mark off boxes next to each stat. Once those boxes are filled, you cannot use that stat again till you do something to "heal" it.  This is a good mechanic in its way but I'm disappointed that its a 100% to 0% transition. The stat doesn't "Degrade" as it lowers, it just stays at full power and then suddenly vanishes.  Someone can fail "Face" rolls repeatedly but will still be considered the paragon of society until they fail just one more and become an outcast in an instant. Its just kind of an odd thing to have slow stat loss without any In universe  sign of that degradation.

The bad:
This is where we get into some of the issues of a Freeform system like this. So the game has you create your character by choosing name, appearance, etc as well as Training, Items, and augments. About two and a half of the player handbook's 6 pages of rules are dedicated to these things, how they work, how to upgrade them, how to get more, etc.  And, as far as I can see after reading and then rereading the rules, they have absolutely zero mechanical use.  They appear to be entirely fluff and flavor.

Now, you're probably gonna argue that having these things opens new possibilities in terms of the options available to you. You cannot shoot an alien with a shotgun you don't have, after all. And with some things this is fair, But the problem is that, mechanically, you don't need that shotgun most of the time.  If two players were trying to kill an alien and one had a shotgun and the other had their fists, the actual rolls would be identical; they would both just roll 2d6 and see what happened.  The best you can really argue is that A. the player could bet the integrity of the gun instead of his own stats  or B. That the Gm could just say no to the player without a gun.  The first isn't really covered in the rules and the second is basically saying "We have no rules for this so you're not allowed".

What this means is that, mechanically at least, players are really only differentiated by their stats, which are very few in number and all start off basically the same as well. It really limits player differentiation from a mechanical standpoint and makes it all about the flavor and fluff of those items and augments and such. Which, to some people, is not going to be an issue, But I believe that a player's individuality should be a blend of both fluff and crunch, that the rules and mechanics of the game should reinforce and legitimize the player's unique aspects in ways that are reflected in the nitty gritty of the game.   After all, if my mining robot turned moral philosopher is mechanically identical to an orphan child soldier of the lunar wars, it kind of undermines player choice.

And of course there is the big one here: DEATH.  The game admits that it has no hard and fast rules for death, that running out of vigor isn't death, and that what qualifies as a "Deadly" situation is up for interpretation.  I think this is ok in some games but in games where there's supposed to be a high risk of death, leaving the circumstances of death up to a subjective choice on the part of the GM is a dangerous move.  It basically puts the onus of choosing when the player dies entirely on the GM, which is fine as long as the GM and Players all get along and are totally happy to allow a character to die when it seems appropriate. But many Players are not going to be happy about losing a character and will argue against it.  When you have a hard, objective system to decide when death occurs, like HP running out, its not really something that can be easily argued against. But when things are left opened ended,  players can take death as an unfair or arbitrary choice and it can cause tension in the group.

Its a decent system with a good core mechanic but the lack of mechanical integration of player choices combined with its generic "universal" nature leaves it feeling very insubstantial.  However, these are problems that could very easily be fixed and if they are, the game will be a solid rules light system for space shenanigans.

I'm not talking down to you? At least not intentionally.  I'm expressing my opinion and then explaining it. Again, if that is offensive to you, I'm sorry.

Since this seems to be going nowhere fast I'll just leave it at that.

Where do you live where you see literal neo-nazi fascists just wandering around in SS uniforms on the street?  I was given to believe they mostly hung out in basements and screamed about things on the internet. It doesn't sound like a very nice place, wherever it is.

In any case, if you feel somehow attacked by this post I'll delete it. I'm not defending actual fascists, racists, sexists, etc, I've just seen a lot of very angry and exaggerated rhetoric lately and was hoping this game wasn't a victim of it. Nazi is a pretty powerful word and when it gets applied to garden variety jerks or just people who don't agree with something, it waters it down. It makes real neo-nazis less of the gut punch of terrible that they actually are. I already see people on your twitter conflating me with being one.  Its becoming Reductio ad Hitlerum and I worry that it will normalize actual neo nazis by making people inoculated to the word/idea.

And no, I haven't played it yet.  But thats because it isn't finished yet and I don't like playing episodic games if all the episodes aren't out yet.  Half Life 2 fooled me once.

I always get very nervous when I see people talking about "Neonazis" in combination with any sort of identity politics. Because a lot of people seem to just apply the "Nazi" tag to literally anyone who they disagree with these days.  I hope this doesn't fall into that trap. 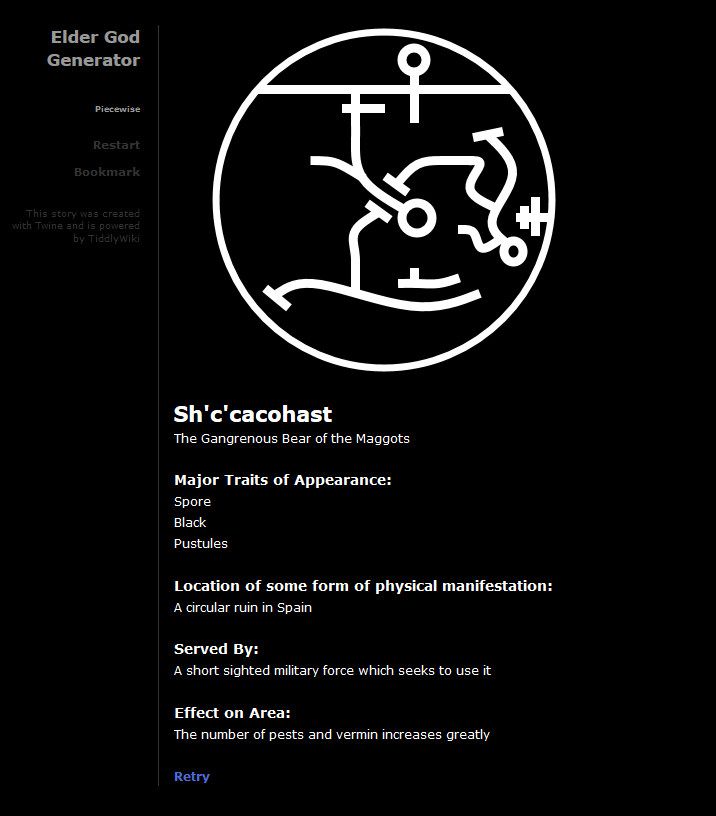 You say these are formatted for Hex kit but the very much are not.   First off, when you import them they're off center 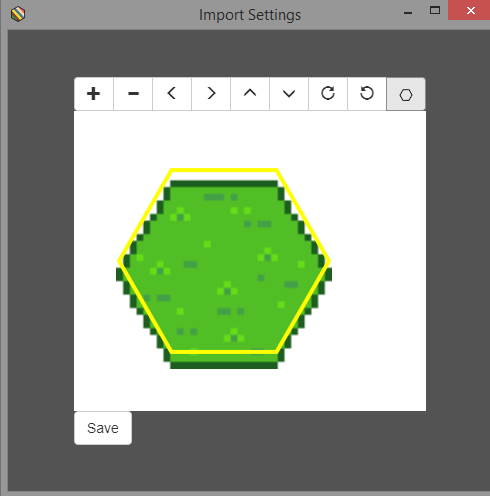 Which wouldn't be too bad, but even once you center them and import them, they are never right.  On a "Normal" map they look like this 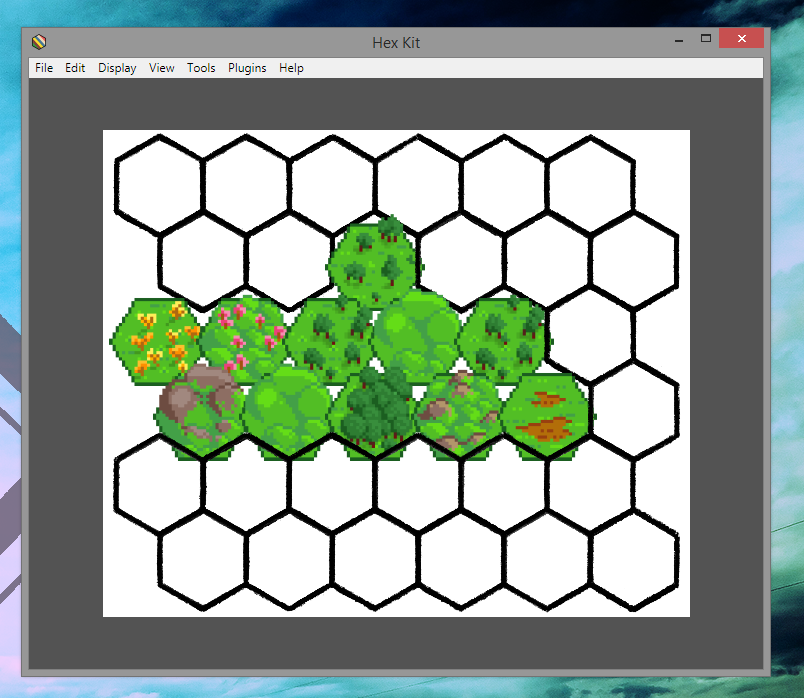 And on a "Flattop" map they look like this: 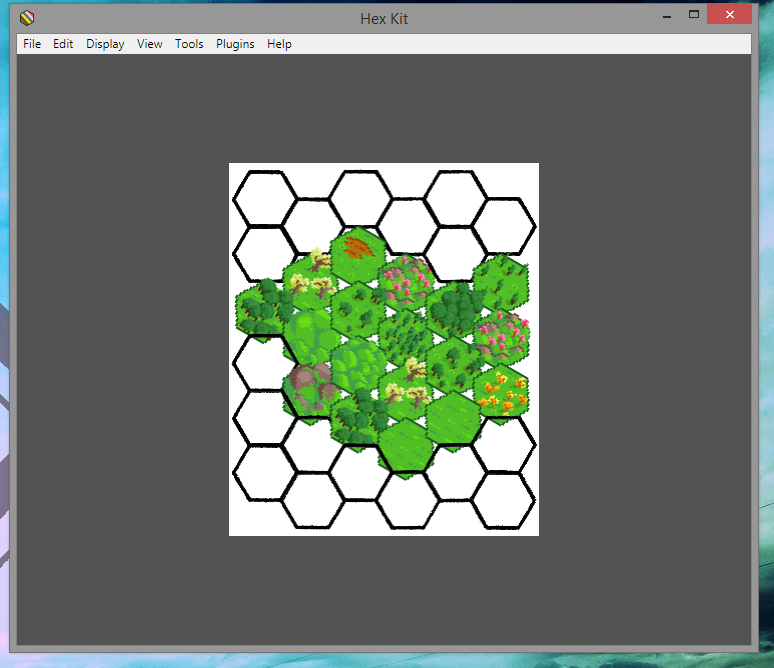 So either I'm missing something or this isn't actually able to be used .