Sorry for the late response!

I did not know an uninstaller can be misconfigured. Every time I add an update, I always test it on a few computers before I release it: but the uninstaller thing I’ll definitely put into account! As for .zips? The reason why most indie devs like me aren’t used to more compressive file formats is because you have to download it from these stand-alone sites (I believe one program had a habit of showing ads in the free version); and after what happened with Audacity, I’m a little antsy with those sites. Also, it requires the program to both compress the file AND extract it, and players may have the same feeling about those sites as I do.

And I just remembered why I haven’t made the file reduction update after so long! I wanted to do a complete music overhaul by using a different tracker. In hindsight, I did not like some of the instruments I’ve used and some of the tracks I believe requires some reworking. If you have some critiques about some of the songs, please let me know!

For now, I heavily recommend playing the Newgrounds version of OviVixen Arcade. It’s basically the same game as the one in the .exe version except for the 2-player gameplay, so there really is no reason to download this game right now.

My SINCEREST apologies about the megs! I wanted to make the new tracks have seamless transitions; however, I forgot to reconvert it from .WAV back to .mp3. That’s why its file size is abnormally larger than usual: it’s solely because of the music! I was going to fix it in an upcoming patch along with the release of a demo for the next title in the series; however, since it’s now brought up, I’m going to try to make a file reduction patch as soon as possible!

As for alternatives for the installer version. Right now, there is a fully accessible browser version of OviVixen Arcade on Newgrounds with a working scoreboard as well. Also, the (demo) version of the next game is going to be browser as well: both here and Newgrounds but only latter is going to have a scoreboard and achievements. The full version, however, is going to be part of the BIG update patch for this program. “Portable archived versions”, you mean mobile app ports? Maybe someday, but first I want to complete the collection before I ever think about porting it to other places. 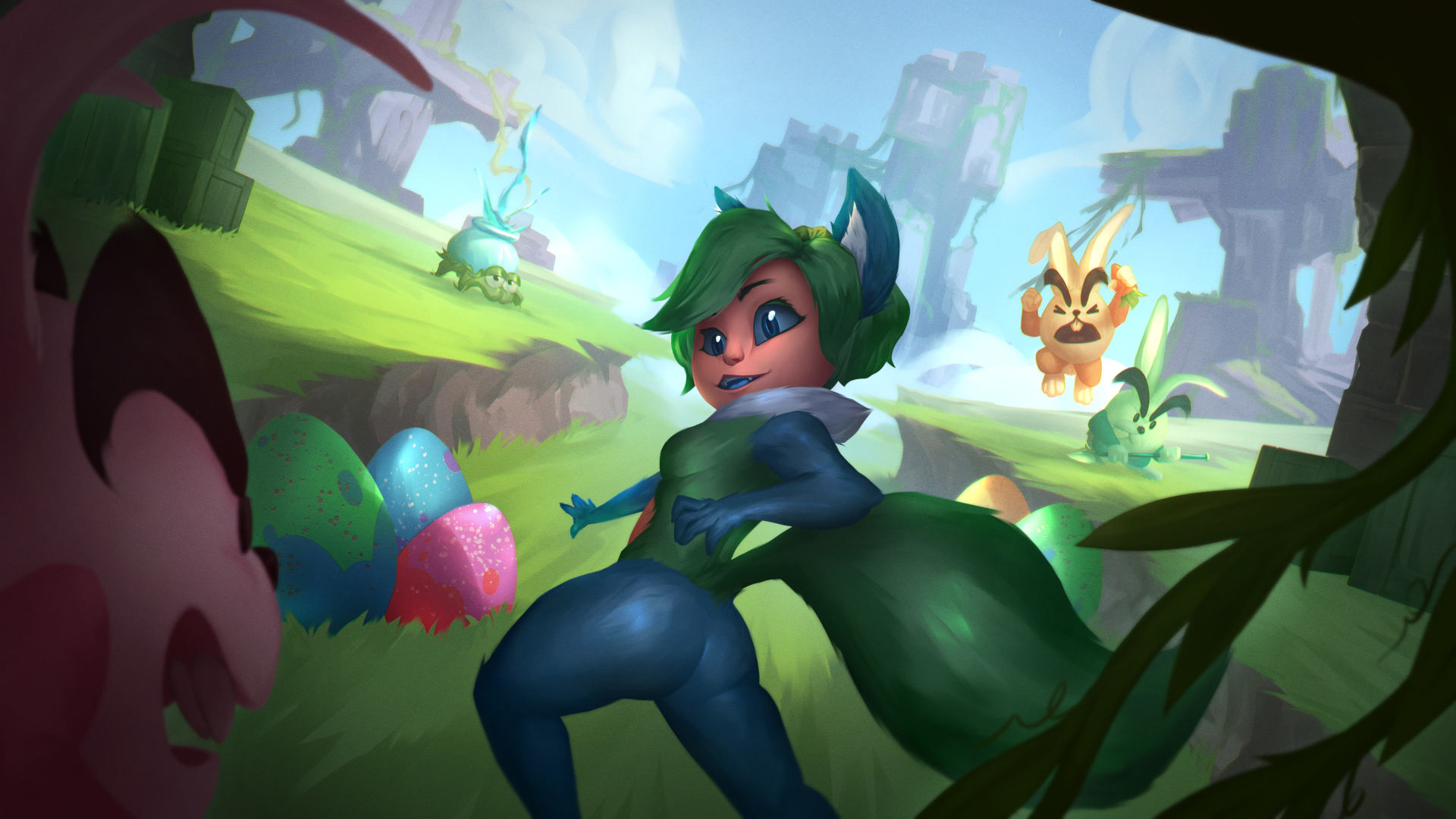 🥚Happy Easter to one and all!🥚

I hope you guys are appreciating this holiday as much as I do!
Now on to the current updates here on my page!

This piece here is meant as a teaser for the next game in my OviVixen series. Created by the talented Funky_Pepe, his works are greatly inspired by the splash art from that popular RTS that had a show rather recently. Fantastic paint strokes and smooth shading: go and check his work out!

As for the game itself, a demo of it was meant to be released today; unfortunately, game development and deadlines aren’t the best of friends… This demo is going to be exclusive to Newgrounds. I finally got the hang of the site’s API, so I want to use it in full swing! The full game, however, is going to be released as an update for OviVixen on Itch.io: hopefully, in late August.

If you still want to play something for that Easter kick, OviVixen Arcade is still available for download on OviVixen’s page, or you can compete for the high score in the browser version on Newgrounds.

I can write a long list of egg puns, but to be honest, it all seems to be rather p-LAID 🐓 out! 😂 AAHH! *mmm-mm* ‘cuse me. Hope you guys have a Happy Easter as well as a Happy April! Cheers! 🍻

Reply
itch.io Community » itch.io » Questions & Support · Posted in Game is not in the Search Results
OviManic3 years ago

Thank you for the responses, and I’m sorry I  responded back so late (I went to bed right after making the post). I now understand about the metadata for guest users, so I won’t pester about it anymore.

And for anyone who has downloaded my game have any further issues with it, please respond so I can try to have it fixed in a jiffy!

Reply
itch.io Community » itch.io » Questions & Support · Replied to Jeroen P. Broks in Game is not in the Search Results
OviManic3 years ago

Sorry about that, Jeroen! I forgot to press the prompt of where this game can be run.

Reply
itch.io Community » itch.io » Questions & Support · Created a new topic Game is not in the Search Results
OviManic3 years ago

On Saturday, I have released my game here. For the next few days, I often searched my game as a guest using its name, a part of its name, and its tags, and in all cases it appears in the results. However, today I've tried searching my game again "as a guest", but it is nowhere to be found in the search results. All keywords and tags that worked previously now don't, and the only way my game appears in the search is by typing my profile name. Users here had similar issues before, but all solutions doesn't make sense because the page has everything to make it appear properly and it did before today (or yesterday "i didn't check as a guest that day").

Is there something in the site that is making that issue? Is it because my game is for adults? Is it a pricing issue? (It's free, but open to donations) Was my game flagged? I would like to know why exactly my game won't appear in the search results as a guest.