I've been working on my first mobile game for the past few weeks, and I finally released it yesterday! If you have an Android device, I'd encourage you to download the apk. Otherwise, the web version will do just fine. Might be a little harder without the continues, though.

Just released a new game! The Empire's Legacy is an Auto-battle RPG about assembling a team to defeat the nefarious emperor

This is so cool. I love cats so I had to play it. I'm very into the creepiness of the whole thing, though I thought the ending was a bit anticlimactic. Nevertheless, nicely done :)

The art is so pretty! I love the aesthetic and the story is nice. Wasn't quite sure what was a door at first, but I figured it out. Well done :)

Thank you for the kind words! You can beat that first boss! Keep trying

I saw an unofficial Pokemon and Super Mario Bros crossover and I needed to play it immediately. This is very fun. The central mechanic is neat although I feel like there are too many pokemon to switch through, that feels a little clunky, but still very enjoyable. Love it

There should be a back button in the lower left corner

Thank you! I'm glad you ended up liking it :P

I just published my biggest project yet, and I hope you'll give it a look! (It's free ;))

Ways Lost is a deck building roguelike game that has you trapped in the Wayward keep. To get out, you'll need to build your deck and make the right choices so you can defeat the boss and escape!

Sounds good my dude. I have high hopes for this game :P

I think the game is very unique, I like the art style, and it has a good concept

I just wish the game had a more enticing win condition and that there was more depth to the interactions between players. For instance, maybe the goal could be to collect x amount of [insert special item] to win, or maybe like a king of the hill where one person has the crown, and if they get knocked into the ocean, they lose the crown and someone else can pick it up (which I guess is kinda what the game is already, but I think the frenzy to pick up the crown instead of just giving it to the next person in line would be pretty fun). You could just simply put a time limit on the already-existing mode to put some more urgency on getting the top leaderboard spot

As for more depth to player interactions, I mostly just mean having more items, which I'm certain will come over time. The two items currently available are just, like, traps, right? I think it would be really interesting to have some more offensive items like some kind of projectile or something similar to a mario kart blue shell. Maybe you could also do something like spread your wings to block other players? but doing so makes you walk slow? idk.

And maybe you could choose different birds with different perks? Like a sandpiper could be smaller and faster, but not pick up as many coins. Or a pelican could be bigger and slower, but it grabs a ton of coins when it pops its head in the sand. Just spitballing that one.

It would also be nice to like customize your seagull and have a username so you can recognize who you're playing with, but, again, I'm sure that's already something you're working on.

I also really want a squawk button like in Untitled Goose Game or Duck Game.

That's all I got off the top of my head at the moment. I think the game is amazing, like I said. I love the idea and the art and pretty much everything about it. I really want this game to get big because I know it can be a lot of fun.

I love this game

Is there a discord or something where matches can be organized?

I stumbled upon this game on twitter. I absolutely love the art and animation, and playing through the demo was suuuper fun. This game has a lot of personality

My new game Robojet is now available for purchase :] You can try a free demo before purchasing, so give it a try!

Robojet is a puzzle platformer featuring a robot named Rocket who can fly around using the thrusters at the bottom of his body. His fuel isn't infinite though, so he'll have to land to recharge. Play through 8 levels each with their twists as you collect all of the prisms and get Rocket to his safe little robot home

Robojet is a puzzle platformer about a robot named Rocket who can fly, but be careful because Rocket has a limited amount of fuel, and once his fuel runs out, he'll need to land to fill back up before he can take off again. This version of the game features 4 levels each introducing a new mechanic and expanding on the fundamentals of the game. You can download it for free here: https://nomppie.itch.io/robojet 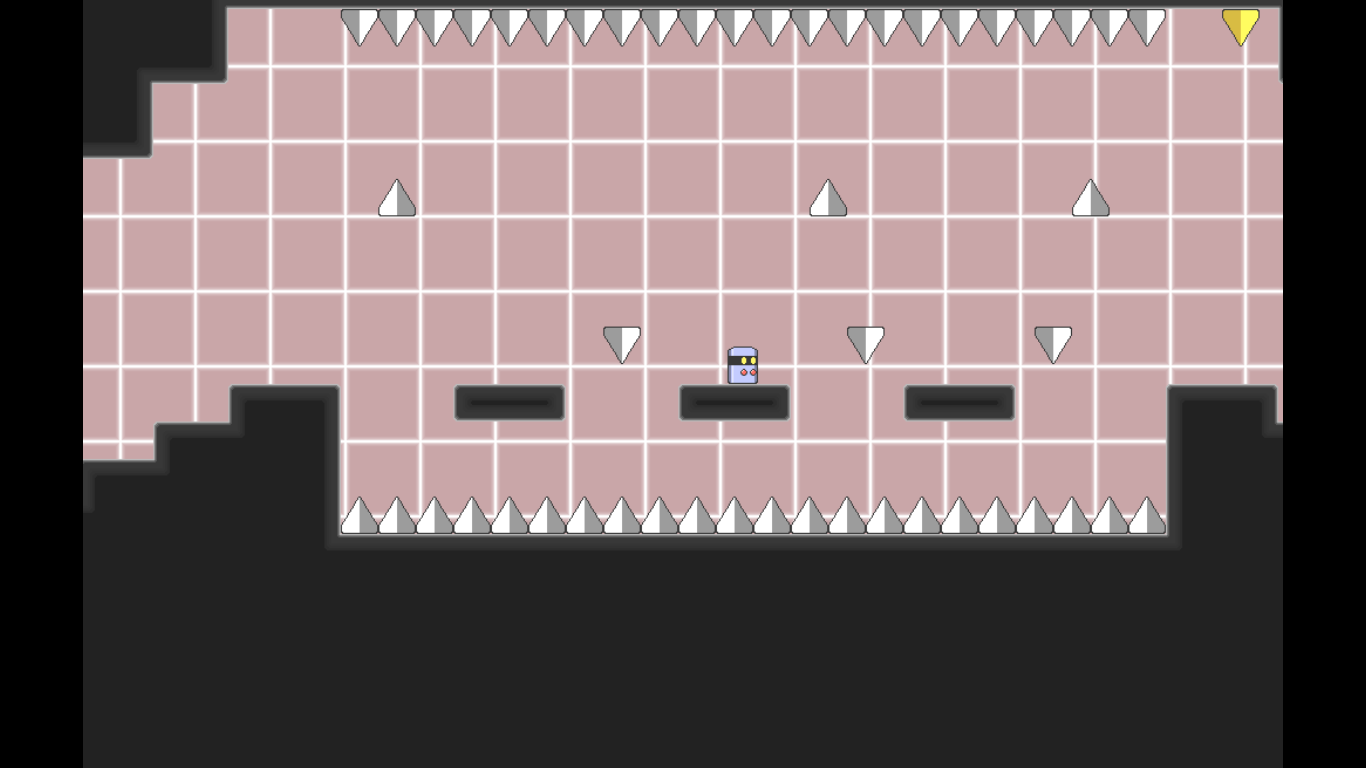 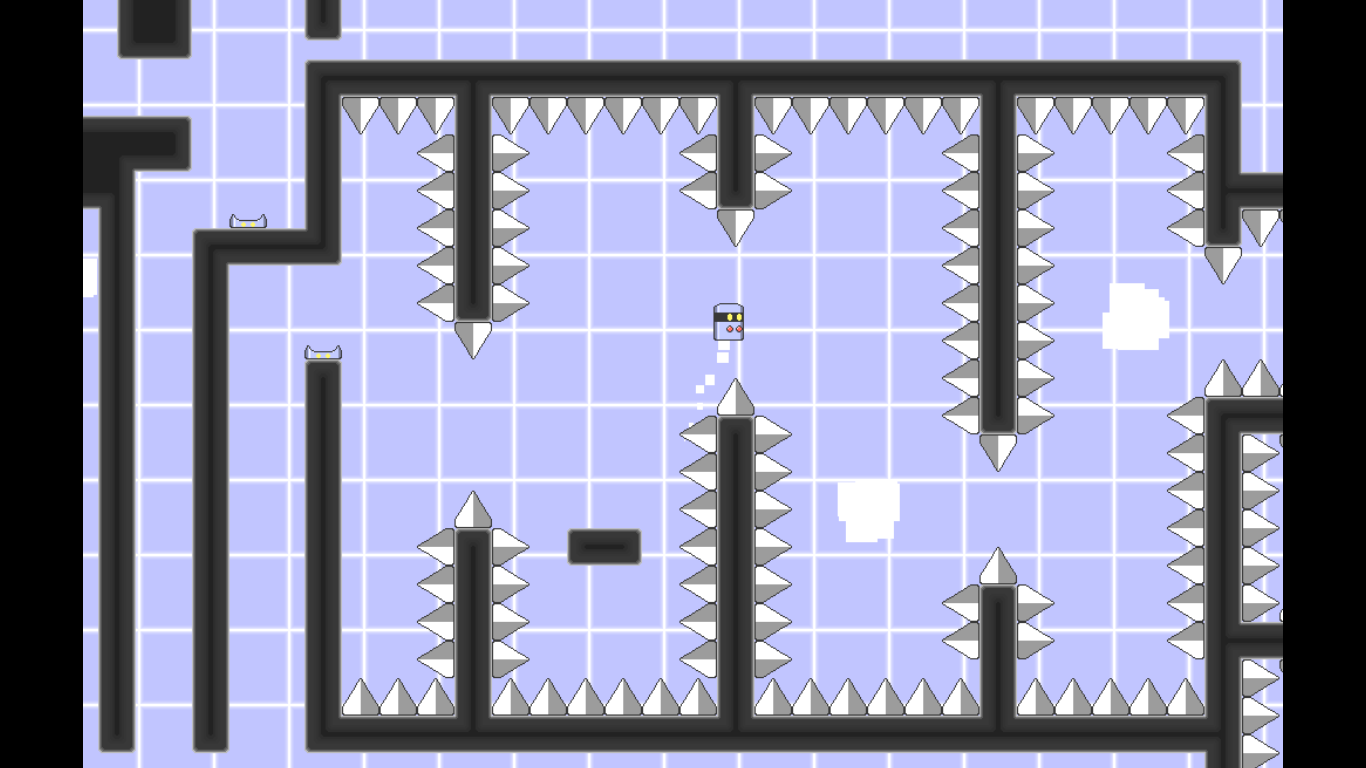