Good info there, thanks Evolutionary Games ! 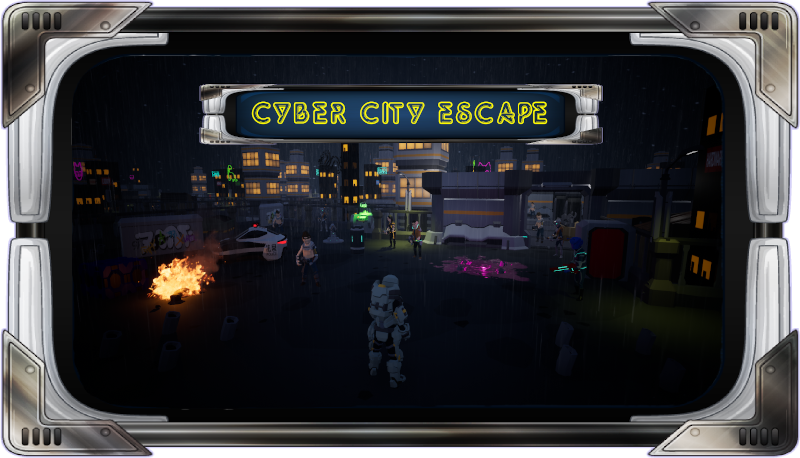 You awaken one day like so many other dissidents imprisoned and with no memory.  Soon after you are suddenly freed by mysterious new allies and given a mission - fight your way across the city to the spaceport and escape the planet, or die trying.

- Equipment to purchase at kiosks to help you survive your run

Can you master the urban death trap and find your way to freedom?

***   This game is still under development and all feedback is treasured   ***

So I've recently been putting the finishing touches on an alpha test I'd like to bring to itch.  However I tested it out first uploading to my own website and then downloading the zip.  When I go to run the game I get the Windows SmartScreen - Unknown Publisher popup.  I don't know much about how certificate authorities work - but this obviously seems like something that will discourage people from trying out the game.  I think from what I've read that a version uploaded with Butler and downloaded through the itch client will be signed by itch and thus no popup... but any version of the game that is just a zip file will have these errors yes?  Is this something I should worry about, how would I even go about getting my Unreal exports to be signed anyway?

You can find the free browser game here:

If you want to see more free games like this please consider supporting on Patreon:

If you want to see more free games like this please consider supporting on Patreon:

Created by a solo hobbyist, Lands Of The Lost is a 3D third-person Action RPG with roguelite elements.  You take the role of a volunteer hero, questing to save the land from an ancient evil re-awakened. You'll have to fight through 4 worlds - each with an outdoor area, a village and a dungeon containing a boss.  Every world has unique creatures and the difficulty increases throughout the game. This has been a serious passion project several years in the making, with many other projects abandoned half finished before it.  I would love some feedback!

Hope you find it interesting!