Avalon: The Journey Begins (Complete Edition)
Command a starship and its crew in this rogue-like space adventure game. Explore space, planets, moons and stations.
NewHopeGames
Adventure
D-Day Gunner
It is June 6th, 1944 and D-Day has begun! Defend the beaches of Normandy from Allied forces!
NewHopeGames
Action

I have a game on Steam currently with 4 dlcs and another dlc upcoming. It's a fairly large game that took 4+ years to create. It's been a Steam exclusive title since its early access launch and also it's full launch. I really would like to post this game here on itch.io as well. I am wondering is there a way to post the game with its dlcs here? For example, is there a way I can sell the Steam keys as on bundle sites? I could setup a full package edition but I will have to go through it all and dig out the dlc restrictions.

Congrats on the release and getting featured Tim! 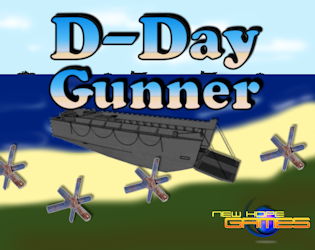 It is D-Day, June 6th, 1944 and WW2 continues as Allied forces prepare to storm the beaches of Normandy. As a German WW2 bunker gunner you are to shoot as many Allied troops and units you can before they over run your bunker. Shoot landing craft, planes, tanks and troops. See how long you can hold out and score as many points as possible.