DevLife
DevLife is a game where you living a developer life!
Mesote
Simulation

itch.io Community » Game Development » Get Feedback · Replied to gravelblock in EarthX new page look, what do you think?
Mesote1 year ago

Hey, we've made a new itch game page look, check it out and maybe leave some feedback?

In EarthX you can design, build and launch a rocket. Now with newer updates, the game is more advanced than ever before. I added the main game mechanics such as contracts, missions, employees, financing and much more :D You can build factories and then rocket modules inside them.

I always loved SpaceX for what it's doing. I also love Elon Musk and Tesla. I wanted to create such a game since 2 years, but I didn't know how. That's why I learned :D There is still a lot to do, but I want to bring it to the Steam soon. I want to do this, because someone at school said, that my hobby is stupid and I will not have a future. I want to show that person, that he's wrong.

Last week, I released a new demo of the game. The demo is now playable (it wasn't before, because it was not supposed to), so have fun :D If you liked my game, don't forget to review it and give some feedback. Feedback really counts for me, because I know what I am doing wrong and how to make it better! 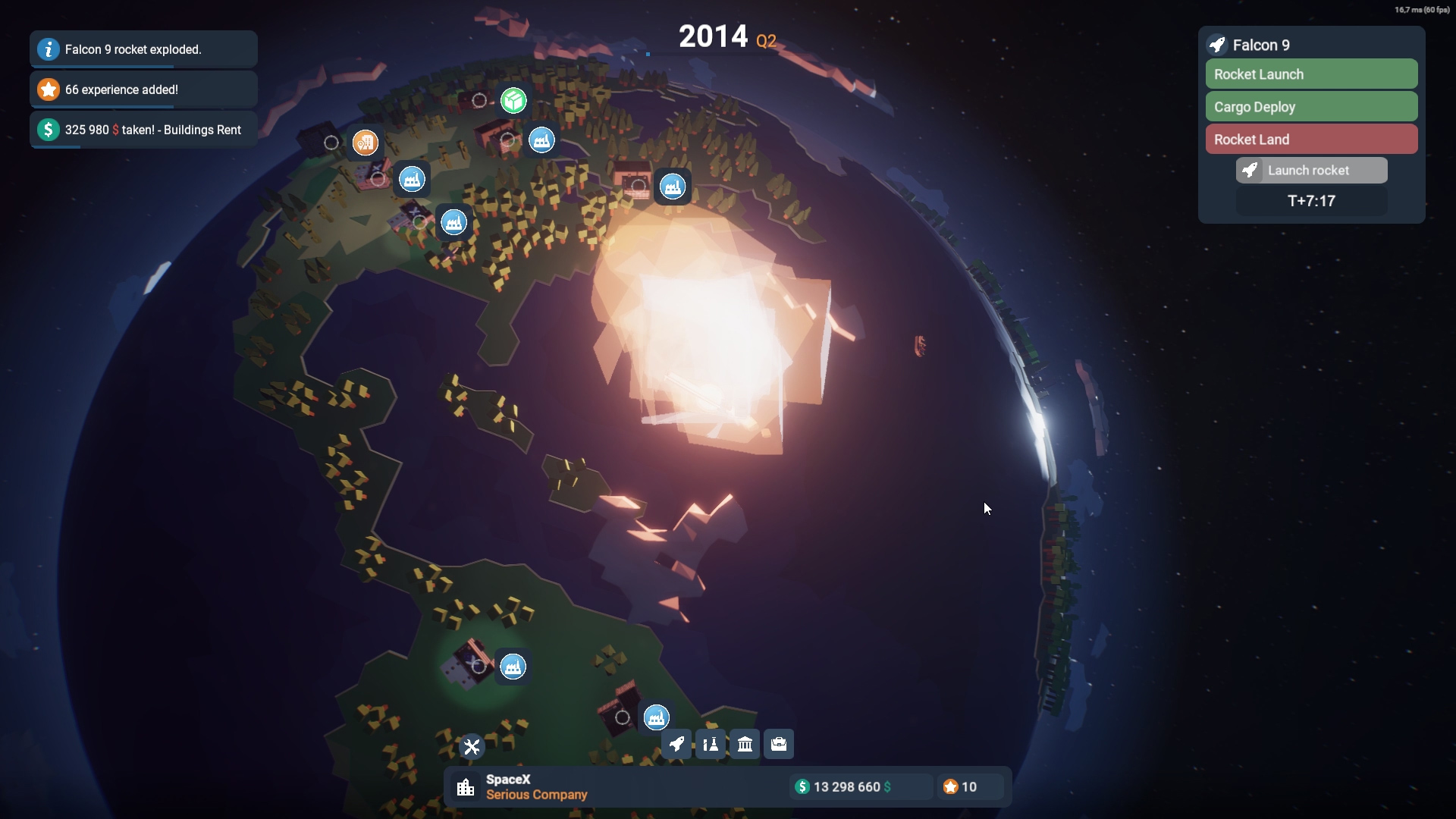 Looks nice! Thanks for the updates!

Hey! Could you please contact me on my email?

Hi Myszaks! Can you please send us your save file and unity output_log.txt?  Also it would be very helpful if you can describe your problem a little bit more. Did it appear from the beginning of the game or after some time? Do you remember what you did before it appeared? Each piece of information will be useful ;)

You can find save file in: %GameFolder%\DevTycoonAlpha_Data\StreamingAssets\

The second file is in: C:\Users\%UserName%\AppData\LocalLow\DevStudio\DevTycoonAlpha\

Also check if this bug will appear if you start a new game.

Wow! Thank you for such long response :D I agree with most of your feedback and most of it will be addressed in next update. Once again thank you very much!

Reply
itch.io Community » Game Development » Release Announcements · Created a new topic EarthX - A game where you can design, build and launch rockets up into space!
Mesote1 year ago (1 edit)

Hey! I released EarthX 3 weeks ago, but noticed this community just now :D

EarthX is a game where you can design, build and launch rockets. You can develop new rockets modules, build factories and warehouses on the planet and also use my advanced cinematic camera for nice shots.

You can read more about EarthX on my itch.io page. Game also has a Demo (just to check if game works on your PC)

Have you dragged an employee to the Simple Datebase component?

If not, try dragging an employee onto the component by holding down and dragging the employee icon. Remember that the project must be created through the Create Project button.

If you have any further problems, please write boldly. Also check out a quick tutorial from one of our developers:

There is a giveaway going on our Facebook! :D There are two keys to win, all you have to do is react to proper post or write a comment. Or do both to double your chance of winnning ;) Winners will be selected to day (13.02.2019) at 5PM CET. 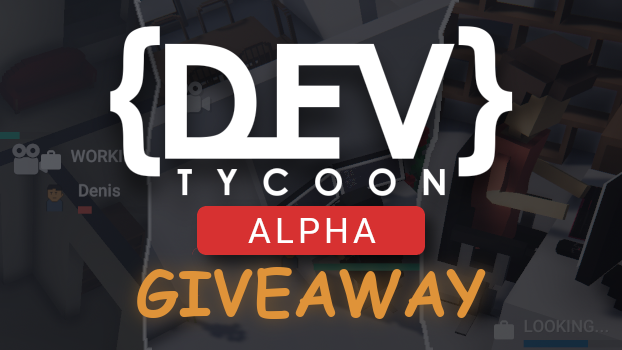 Reply
DevLife community · Posted in Other languages
Mesote1 year ago

Sure :D We even got scritps ready to load strings from files but it requires rebuild of almost whole game UI so I can't really tell when we will add this feature. Now we are focusing on fixing bugs and then expanding mechanics that are in the game so it might take a while for us to implement it.

Thank you for reporting this bug!

If I understood correctly you played some time and than you wanted to start a new game, but all your previous furniture stayed where they were and you can't  do anything with them? Please send me you save file in privet message on our facebook (https://www.facebook.com/devtycoonofficial/). It's in DevTycoonAlpha_Data/StreamingAssets/save.devtycoon. We will try to solve your problem as soon as possible ;)

There will be some on our social media :D Stay tuned for that ;)