Your Only Move Is HUSTLE (Open Beta Version) community · Created a new topic I may be having too much fun with this...
MeekoSoup78 days ago
I love turning up all the settings and seeing how many times I can teleport around a dude. Wizard is a great foe since they can sit their and hover while crackboy does his silly dance.
Reply
Epicly Unlikely Anti-Hero The Game Quest comments · Replied to summercat in Epicly Unlikely Anti-Hero The Game Quest comments
MeekoSoup1 year ago

Haha, well thanks for giving the game a go! Yeah, right now I am dealing with technical issues in the Twine engine that make it exponentially difficult to add more content, so I am looking into ways of overcoming that.

As for the species and gender and stuff, that was kind of the first joke of the game was that character creation was a hoax. I would feel obligated to have statistical differences between the races, but unfortunately that adds a lot of complexity.

Believe it or not, even though there isn't much to do right now, it took me 8+ hrs just to make a "working" game-loop, so it might take me a bit of time before I can add more significant content.

But I hope to! Thanks again for trying out this silly experiment!

Cute. Got to stage three before it really began to stump me.

Such a cute and charming game! Ending always surprises me. Keep up the great work!

Thanks for the review! I'm happy you enjoyed it. I feel bad that I haven't updated the content in a while, but hopefully I can add a little bit more to the game soon.

Hey Poseidon2015, thanks for replying! I totally agree, the controls, specifically the camera movement were pretty gross. The camera controls were one of the last things to get tacked on so they got the least love. I have made games that utilize a much more comfortable movement and camera control system, but didn't have the time to do it this time.

Unfortunately, due to complications, I ended up doing most of the work on this project, so what you're really seeing is a project designed for two people, where mostly only one guy worked on it.

You did this in 7 hrs? Amazing work! The moment I heard the concept I just had to sit down and play it, and it's pretty much precisely as I imagined it. The extra endings are a good twist.

Looks like it's OSX only, so the platform indicators need to be updated.

Was the game meant to be only 64x64 in screen size? It was too much of a strain to see anything. I really couldn't judge it well at that size.

Cute idea! The cinematic was a bit long, which is a bit too bad because I felt this could have gone further, but well done none-the-less.

Not dead yet! Still got my mill! :B 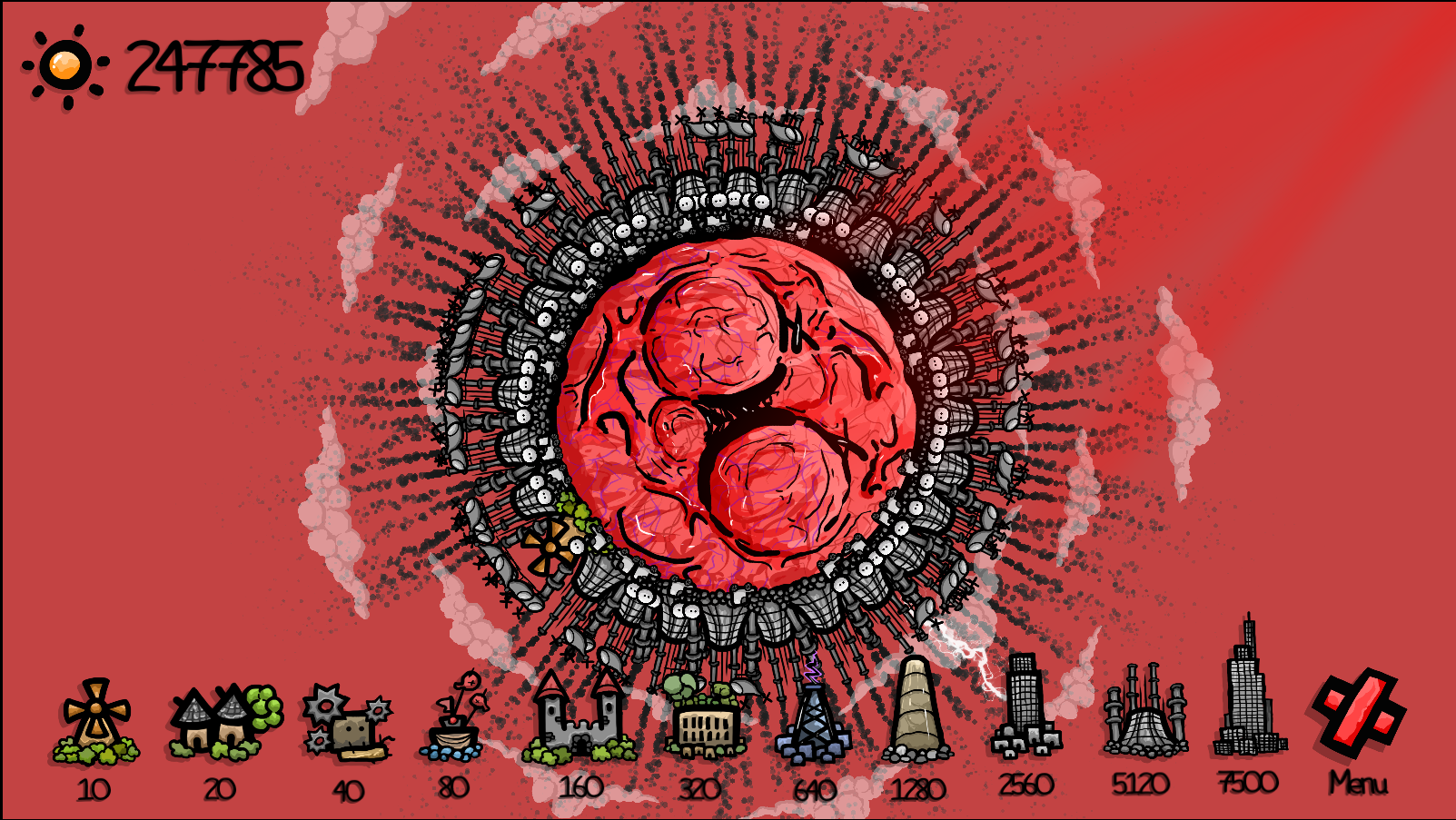 Oh believe me I get it. My game has more holes in it than Swiss cheese. It almost seemed to fall apart upon submission! It's always a juggle between balancing mechanics and reworking systems, but especially for a Game Jam game, I think you guys did a great job!

Though I'm surprised there wasn't any jam-related menu items. ;3

I've always loved using Twine, it just had such a relaxed workflow.

Amazing what just one developer can do with only 2 weeks of dev time! :D

Wow, you made this in two weeks?! This is very well done! It looks like it takes place within the Starbound universe. Very clean, and what feels like a complete game.

I did notice that sometimes the time it takes to prepare a dish is longer than the customer will wait, not sure if that's intended or not.

Unfortunately I was a bit unclear as to what I actually need to do, or how to avoid being snek snak.

Still, got my attention, and has cute music and visuals!

Oooh, what an interesting concept! I'm always interested in Tower Defense style games, and I love how elegant yours, especially given the time constraints.

This is my first unassisted (non-tutorial-made), 3D game, and my first DevLog. I started working on my game a little before the Jam started, and it's been progressing relatively smoothly. I'm using this as tool to help me start and finish a game project, and then present it to the world! My goal is to expand my abilities until I'm working on big, beautiful projects!

I've made this game two times before. Once in Flash (AS 2.0), once in C++ (for a class). This time I plan on tackling it from a 3D perspective. I've already learned tons of useful tricks that will hopefully follow me in my next game projects.

I may not spend a lot of time working on this DevLog, but I will try to keep it up to date as big things happen.

Thanks for opportunity, and all the support from the community!

Finally have some screen shots!

Main Menu
Wow! Look at those colors! It's like I'm some sort of genius artist or something! 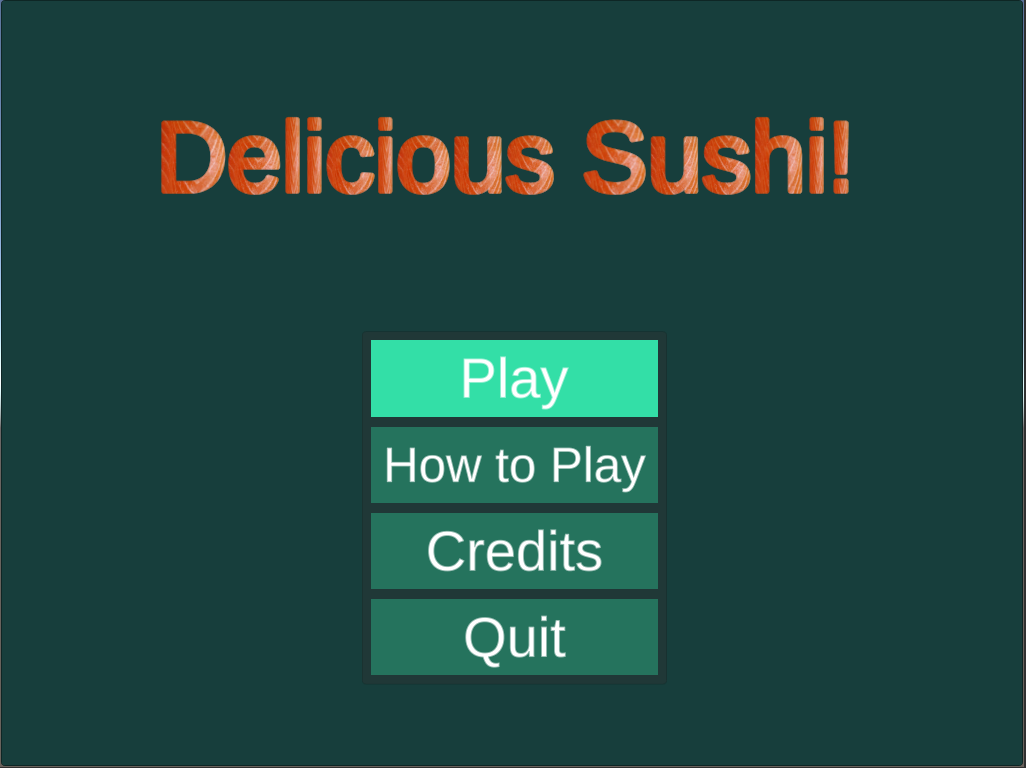 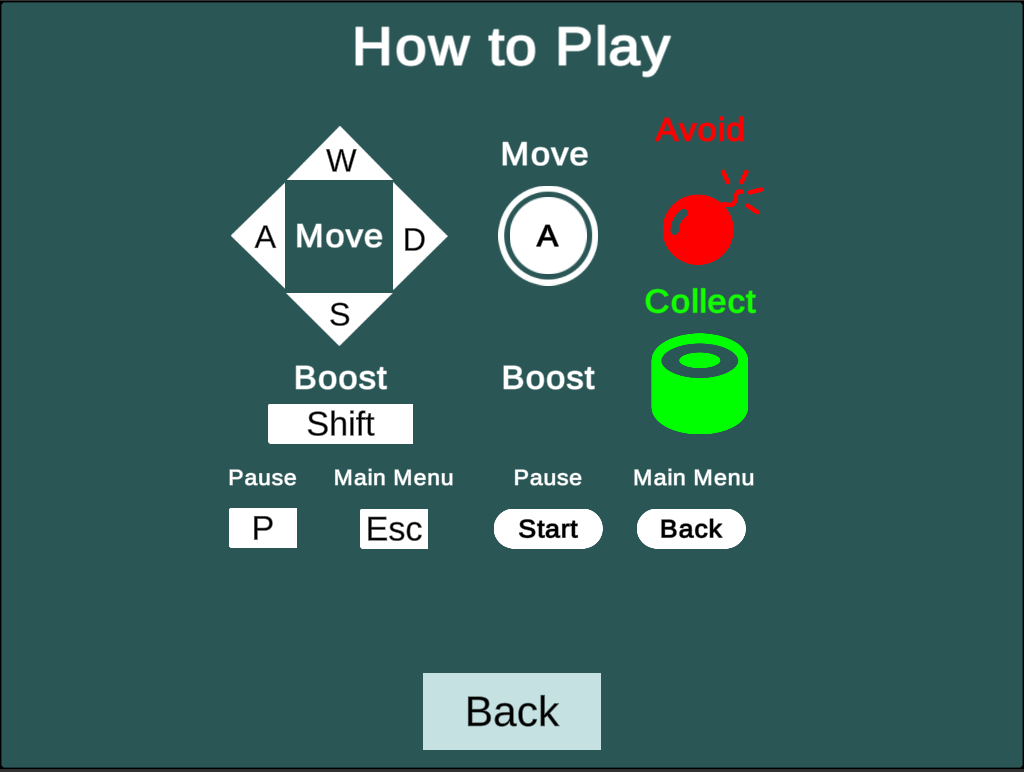 Gameplay
Naturally, the first thing I think of when walking into a Sushi Bar is to look out for cartoonishly-rolling bombs... doesn't everything? Thank you Unity Asset Store for allowing me to have decent 3D models without having to make any of them myself!

All I need to do now is add a credits screen and a way to reset the high score, and we should be good-to-go!

Reply
City Clickers community · Created a new topic Can't figure out how to get rolling?
MeekoSoup5 years ago

This game looks like fun, but I've had very little success amassing population, so I end up in debt all the time. Is there a basic strategy I'm missing? I have plenty of spaced out houses, with a water tower within range of them all, with a factory within range, and a shop and a market, all in range, yet I get only about 9-12 pop when there's 24 vacant spots.