Oh, of course, that's what it is! Yup, collision much more functional in latest patch. You work fast, man.

And I might have spent a bit too much time today killing several disguises over and over, using said drawbridge, just to see their end screens. There sure is a ton of small details to explore in this game.

There we go, end. Yeah, that was a satisfying end. Both the last underground level as well as the final boss.

Thanks Oddwarg for a great experience, from learning the basics of flying - and getting adorable "saviour" pictures when you fail, to puzzles, to platforming, to chilling out with great music, and finally to awesome highspeed tunneling and fighting, leading up to a good ending.

This was a blast. Well worth the wait. Heck, now I regret I didn't get the USB tier back then. Heh, well, again, thanks for a great game. Loved looking for hidden energy orbs. 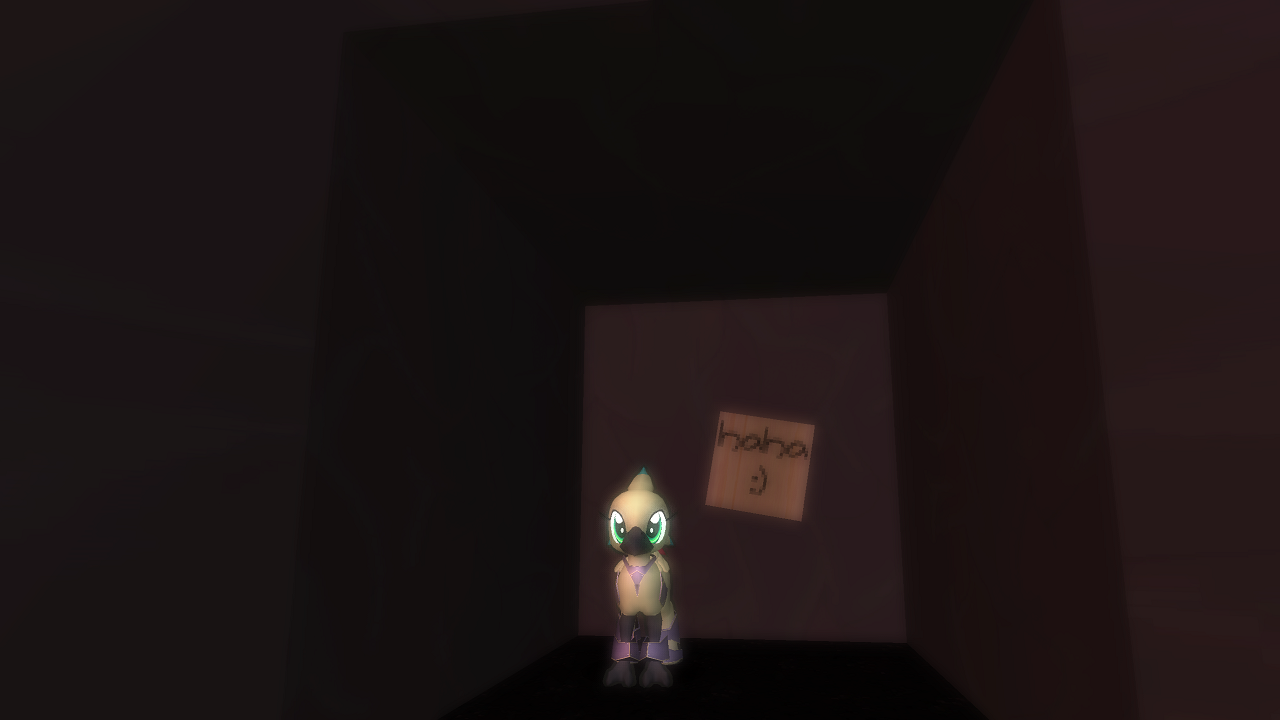 Yeah, so I've been playing this for a few hours now.

Using an Xbox controller, the camera does feel like it's making tight close combat harder, but, that's pretty much the only thing that actually bothered me much. The other mechanics, when understood, lead to some awesome flying. I actually didn't do many of the underground levels yet - just flying around the isle and exploring is really enjoyable. Dogfighting the moving targets over mountains and between obstacles, fighting some random things on the icy mountain, trying to speed into the spikey eyes on ground.. Man, that was a lot of fun.

Reading the answers below, maybe it's a bit cheating then being from the Nordics and understand what Melinda (?) is saying, but meh, it's fun.

Finally, since you asked for bug reports directly in the comments, uh, the... thing behind Toiletman (or something such) has weird collision, or rather, barely any collision. Beakface just floats above it in an infinite fall. It's weird.

This thing between the two doors. It collides ... weirdly.

Anyway, that was well worth the wait, thanks Oddwarg for delivering!