Reply
The Tool Jam community · Posted in When is the next tool jam???
Léon4 days ago

It may be next May, one year after the first edition!

If I have time…

I read that you are going to continue working on this game, I can’t wait to see it! I think you need to focus on the gameplay. The aesthetics are already perfect in my opinion. But the gameplay would deserve some adjustments or additions to become more entertaining.

It’s quite nice and satisfying to play with these blocks. And there are great little touches like the “colors” menu and its splendid palettes…

I wish the game was more challenging, I stopped my game at a score of 4500 because the game started to lag and I still didn’t feel in danger. Maybe the difficulty should be increased little by little?

The game is quite nice, I like the art, the atmosphere and the sounds are not bad.

Also cool to have uploaded a linux executable. That’s rare enough to be noticed.

On the other hand the game is really too hard. I insisted a bit (about 15 games) and I never managed to beat the score of 10000… It’s a bit frustrating to be killed in one shot by these mini creatures so difficult to eliminate…

Also I didn’t find out what the pollen was. But I guess it may appear later in the game?

I think Igor needs help… What do we do? D:

really great game ! Everything is perfect and well tuned. Can’t stop playing it. 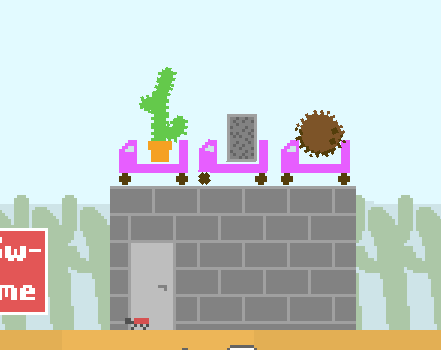 of course ^^ do what you want with that 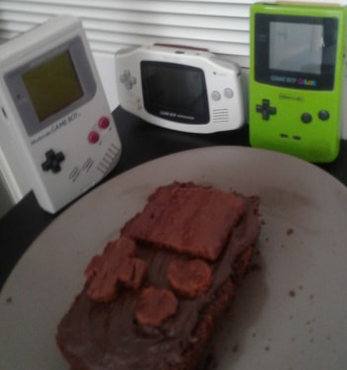 Nice ! The gradient is impressive !

The painting from my comment is an “original painting” (not a rothko reference). This is a sunset scene with the sky turning dark and you can see small trees and houses at the bottom :)

Supremacy: erase all other colors

Division : have all colors in game without them being in contact.

I just want to discuss a little bit about “[an instagram post] costs nothing to make or distribute.”

thank you very much for this list, I love it. I had to take some time to translate it to really appreciate it. So if anyone is interested :

Do you think you will make source accessible and under an permissive license once it is clean ?

Really nice to see those updates every weeks, keep going !

Can I make an intro cut scene for a game that does not exists yet but that I plan to make in the future ?

thank you ! I added the link in the description.

The collision box of the player seems a bit too big for the sprite. e.g. it doesnt seems to be legit that i cant go bellow that platform

Graphics and palette are beautiful, it’s a nice arcade game, and the end is fun too !

I dont understand why the changing color…

Really really loved this cells sim. The aesthetics is perfect, the idea is simple and effective.

I really hope that you continue to develop it. Some randoms ideas and thoughts :

Really liked the transformation mechanic and the physics. The color palette is beautiful too.

But those things made me crazy : ◼→

I think you should introduce the 3 windows one by one so the player could have time to become familiar with each transformation.

Nice game. Is a little bit frustrating that you cant go below a certain height while you’re a bird. Doesn’t seems right… Is there a reason for that?

I found the concept very appealing!

I think it would have been better to see the stats directly above the individuals without having to click on them because there is space. Also, a little change in the appearance of the mgughs as they evolve would be nice.

Lol I pressed the play button and 0.4 seconds after “YOU LOOSE NOOB!” it’s not really engaging… After two or three tries, I finally managed to finish the game. But didn’t managed to use power ups.

I really like the art and sounds but as other people said it’s really hard to understand what to do. (High score : 131.)

Nice game ! was actually fun to play. The mechanic of getting slower the more you eat is what make the game fun. The visuals are perfect.

(If you cant reproduce it, it might be because I’m running L.I.N.K on linux. if that’s the case, no worries…)

I think I found a bug with selection boxes,

L.I.N.K crash with this error message :

Just saw your comment. I reached layer 99 (screenshot above) 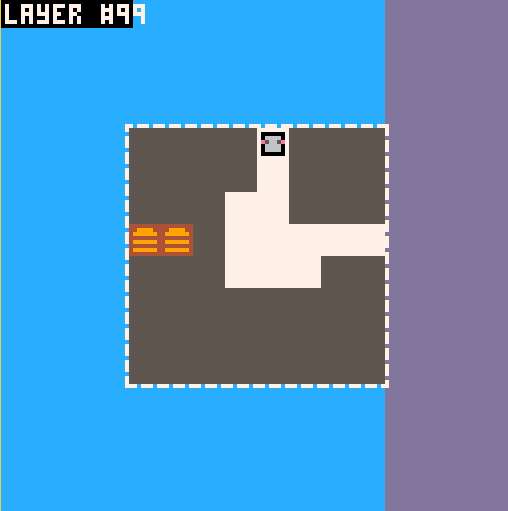 excellent. The mechanics of the teleportation pipes are great (with the fall and teleportation sequences). The complex pipe patterns are hard to anticipate. The fact that it doesn’t go the same way depending on where you enter is great. It really makes me want to see this mechanic developed in a real video game.