!! POTENTIAL SPOILERS IN MY REVIEW !!

Very moving experience... Touches on lots of complicated emotions. Change, grief, life transitions, shifting relationships, growing up, sacrifice, dreams. How well we know ourselves & those close to us. Our preconceived notions vs the truth. The final conversation with Lina was really raw, affecting & impactful. Bravo to the developer for crafting such a thought-provoking & mature narrative about sensitive themes using only snippets of memory & dialogue between characters.

Hey there :) Just wanted to say that I really enjoyed your game! It was very wholesome, heartwarming & uplifting.

I found the clue system very refreshing (instead of just clicking on a question mark for hints haha) & it was cool how there were "hidden paths" just like when exploring a real forest ^^ The hand-drawn art style gives the whole game a fairy-tale/storybook feel. I also liked how the dialogue brought the cute & quirky characters in Wabika to life.

It was interesting how Forest's Secret & Mystery of the Frost had different play styles. The puzzles & mini-games in Mystery of the Frost were a welcome touch after the quest system in Forest's Secret. I also liked how we're free to continue exploring & unlocking additional content/character dialogue in Wabika after finishing the main story. Just makes the exploratory experience feel even more authentic!

Thank you so much for creating this~

So many complex emotions that I'm struggling to put into words after playing this game! But to summarize, I think it's a masterpiece :')

**THIS REVIEW MAY CONTAIN POTENTIAL SPOILERS**

I felt that the start was a bit slow as you explore the rooms one by one & gather items, but the contrast with how quickly everything escalated later on made me change my mind, as it made me feel like the initial mystery was building up to that point. I also like how you can immediately tell something is wrong at the start of the game, but you can't quite put your finger on what it is. The game really makes you sit with the vague sense of unease with subtle hints dropped in the characters' dialogue & environmental design, then shocks you with the sudden distortion.

The title of the game truly is apt. No outright jump-scares, but it delivers with the eerie atmosphere & body horror elements. It made me feel unsettled & disturbed at all the right moments.

I can tell that a lot of effort & love was put into making this game! The item descriptions in Lera's inventory fill in her backstory though they may seem like mundane everyday objects. The environmental design hints at the era she lives in & adds to world-building. Even the horror is not just there for show but carries significance in terms of symbolism & the themes of this game.

That being said, this game explores some very deep & dark themes, like existential dread, nihilism, suicide, mortality, human suffering & perhaps war. I'm not sure if my interpretations are right but I felt that: The symbolism of the body as a prison of flesh for the tormented mind was cleverly implied by all the body horror. The futility of Lera's struggle was alluded to by how she can't leave the building. And, the final choice seems to depict the dichotomy of how humans can face their own mortality - finding peace & happiness in acceptance VS choosing to fight till the very end to maintain one's sense of autonomy.

I got the True End & Happy End. To me, both were bittersweet given the events that took place in the "real world". We as players can only hope that either way, Lera chose a path that she wouldn't regret.

I can't help but wonder though if (1) there's a Bad End & (2) what happened to Nika after each of the endings. Is she a figment of Lera's dying mind which disappears post-mortem? Or does she symbolize an entity like the human will? The "Nika" in each of us representing the internal conflict of how easy it is to lure ourselves into resignation when confronted with human suffering VS the sacrifice we must make to keep fighting to live & to love... In a sense, this would mean Nika is forever trapped repeating this cycle within the collective human consciousness, which is a very sad fate for her. ><

Regardless, it was an amazing & thought-provoking experience to play this game! Thank you to the developer for creating it~

Such a poignant yet beautiful game :') Totally captures the sense of nostalgia and the tragedy of a dying universe.

The conversations between "players" in the world and the little "memory cubes" made the experience feel even more realistic. I got stuck in the Forest of Delusion for a long while figuring out how to progress, but I guess this mirrors the frustration of the remaining "players". Even the interaction with Pixel cemented the finality of goodbye to the game-verse, which was quite heartbreaking.

Thank you to the developer for creating this!

Hi there :) Your game looks really interesting & I want to play it, but I have some difficulty with the controls. I can move the character using WASD but I can't interact with options in the menu & objects in-game even when I try clicking with the mouse or pressing Enter/Space/Z. May I find out what are the controls for your game? Thank you! :)

Awesome game!! Really cool how it tries to play with your mind with the subtle differences &  progressive revelations :O I like how the kooky music, static, jump scares & videos add to the creepiness. Also, love the multiple endings, how they build on one another, how Dr Krueger's backstory is woven in & how the true ending is unexpected & yet... not very unexpected after all if you read between the lines. Thank you to the developer for making this :) Totally enjoyed playing haha~

At first glance, Mary's world seems child-like, simple & whimsical. Yet, reading between the lines reveals a darker subtext & plot. Each ending gives deeper insight into the truth behind what took place - makes you feel like the multiple playthroughs are worth it.

I really like how the weird vocal sfx, cartoon art & wiggly animation when interacting with objects adds to the overall surrealist atmosphere.  It's also really cool how psychological & philosophical references & themes are woven into this game. It was thought-provoking & left me with much food for thought.

Truly an amazing gameplay experience! Thank you to the developer & team for creating this :)

i love the aesthetic of this!! creepy & mysterious vibes :3

Thank you so much!! Appreciate you taking time to read my story & glad you enjoyed it :D

Yes, it was hahaha ohno >< But thank you for the kind words & playthrough video!! Really appreciate :)

Hi there :) I'm wondering if you still have any projects open that you need help in? I'm a writer btw

An anthology of watercolour art and introspective verse by me. Readable in browser.
Link: https://kaelynmauve.itch.io/zeitgeist 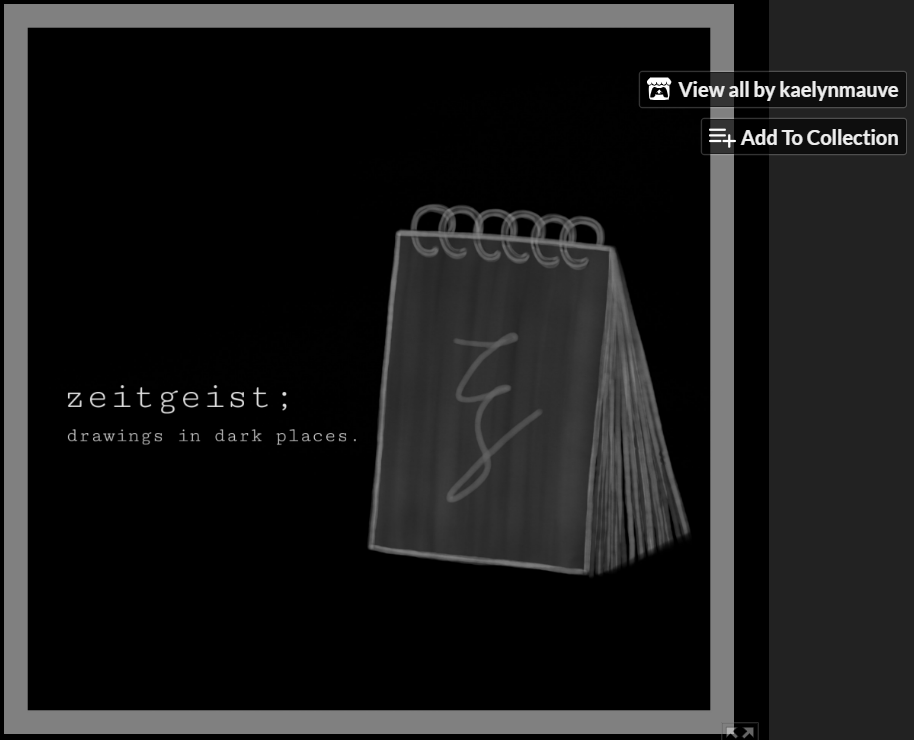 Hi there :) Nope, it's more of an atmospheric build-up? I don't think there's anything in it that's considered a jump scare!

Thank you so much for the encouraging words!! 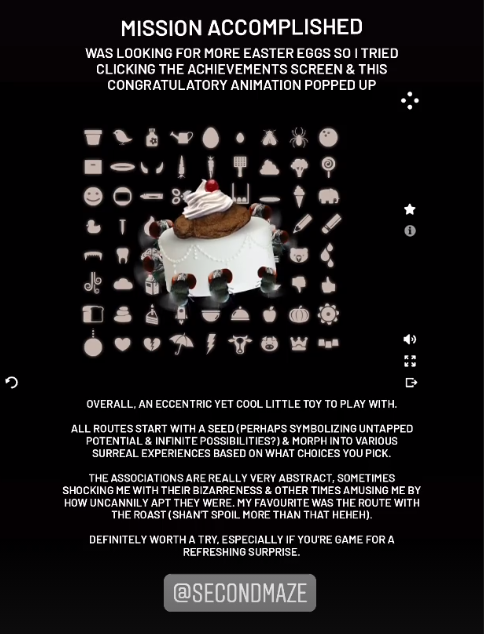 So excited that it's finally been released :) Downloading to play now!!

Edit: Just finished all the routes, very surreal associations that I wouldn't ever have thought of heheh :3

Not really a jump scare! More of a build-up :3

Hahaha thank you for playing! & glad that you got a good scare xD

Heheh glad you liked it! & thank you so much for making a playthru on it :D

I made it using Twine! So there isn't really a downloadable source code file oops... But sure, go ahead & mod/adapt my game!

HAHAHA thank you for playing xD Glad you enjoyed it

Congrats on reaching the end!! The hint for the key: Look at the title heheh :3 Happy solving~

Thank you so much for filming this playthrough!! & glad you enjoyed the experience :)

Thank you so much for playing!! It's really encouraging to hear that you enjoyed the experience & finding the different endings :)

Thank you so much for playing my games!! Honored to have a spot in one of your playthroughs :) & glad that you had an enjoyable experience heheh~

Thank you for playing! Am so glad you enjoyed it :)

Ohh excited for the new content heheh ^^ Will stay tuned!!

Thank you! Added you on Discord :)

Short but impactful and poignant! I love the voice-acting and bgm - it really adds depth to the story.

Hey, just finished playing your game & wanted to say that I absolutely love it! The plot twists totally caught me by surprise. The voice-acting & bgm/sfx are also on point. It really did make me feel a sense of urgency when I was trying to pick choices. I especially liked the "jump scares" and the two main endings. Awesome job! You've earnt a follow from me. Looking forward to more games from you~

Ahh I don't use facebook! >< Do you have any other social media (e.g. Discord, Twitter) I can talk to you on? Or would email be okay with you?

Hi there :) I'd be really glad if you could play & review my game! Here's the link to the page if you're interested: https://kaelynmauve.itch.io/self-study

I've created a psychological horror rpg and I'm hoping to find people to play/test it. There are multiple routes and endings to discover, and as you go along, you should be able to unearth more of what's going on and eventually figure out how to get the best ending. Trust me, there's more than meets the eye (it's not as straightforward as it seems).

Here's the link to my game page: https://kaelynmauve.itch.io/self-study

And, thank you so much for stopping by!

Looking for casual gamers and Let's Players to test my newest game :)

It's a psychological horror rpg about a girl studying in a room. I shan't spoil the plot by elaborating further... but it's not as lame as it sounds, I promise. There are multiple routes and endings to discover (secrets too ^^)! With each playthrough, you'll be able to unearth more of what's going on and hopefully figure out how to get the best ending. 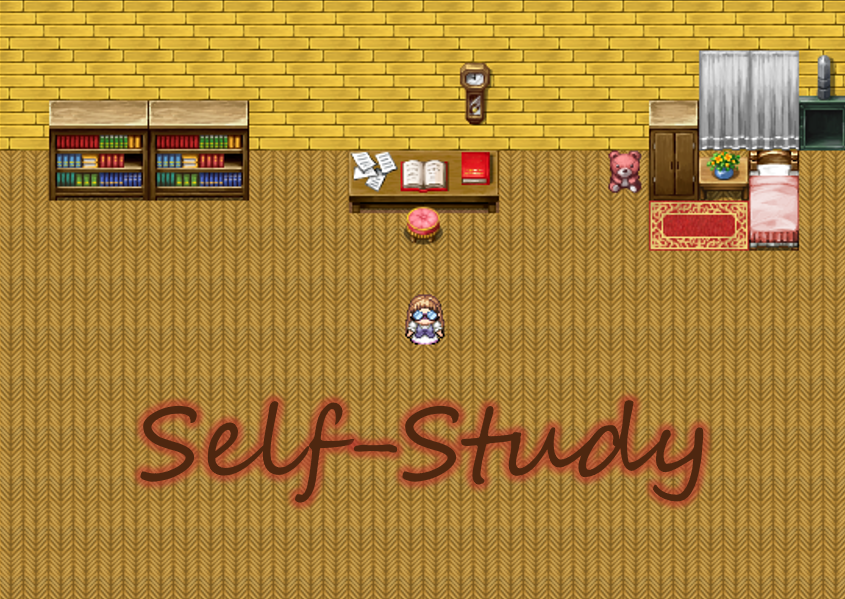 Oops apologies for the small font size >< Appreciate you enduring it & playing my game till the end though! :D

Thank you so much for the kind words! I'm so glad to hear you enjoyed my little game. It's really encouraging to me heheh :))

This game is awesome! Thank you so much for making it! I love the wise dinosaur and the deep message behind his words. Really beautiful, both the graphics and the story. :')

A big thank you for the well wishes ^^ And you too!! All the best for the year & hope your channel gets more views/subscribers :))