Please use stripe or Payoneer since it doesn’t use PayPal’s API. I then can use my credit card/Debit card.

I am German, Spanish, British, I spoke all three dialects when I was a baby, they were god given Language skills. I like the idea my teachers gave in 1992 when I was Eleven, to Write my novels but Translate them myself to Greek, Italian, Spanish, Russian, ect. I agree with Translation can be Tough; German allows no exceptions as English, The spoken words by the Teachers is English borrows from many other languages namely French, Latin (Ceasar Roman Latin, which inspired French, Spanish, Romanian and Portuguese along with Modern Day Italian.) Germanic languages are the Bread and Butter of English but French is Uniquely it’s own take on Romantic Languages but the News said in 2008 here in Ontario, the same as the Teachers had in 1992 that Spanish is the Most Romantic Language which inspires Latin American Spanish which is as they say Dialect issue as per region of Latin America, I’m part Mexican, Greek, Irish, Finnish also but 48% Native American but was adopted by French,Irish and English Parents.

Yes it now appears in my library. I’ll back it up to my external itch.io drive.

To accept payments for paypal, you have to set you’re paypal as business account to receive any money. I would like to buy this so it shows up in my library but I paid Twice and the Third Time, all didn’t send me, software to my library or purchases collection. Well as a former Programmer, Graphic Artist, I’m interested in this software, there is also Stripe payment services which are better then paypal for payment. It’s direct.

Hello Njbrown, I would like to support your work and buy so that it continues the project and i get a copy in my profile of supported games and tools. I think this software is brilliant. 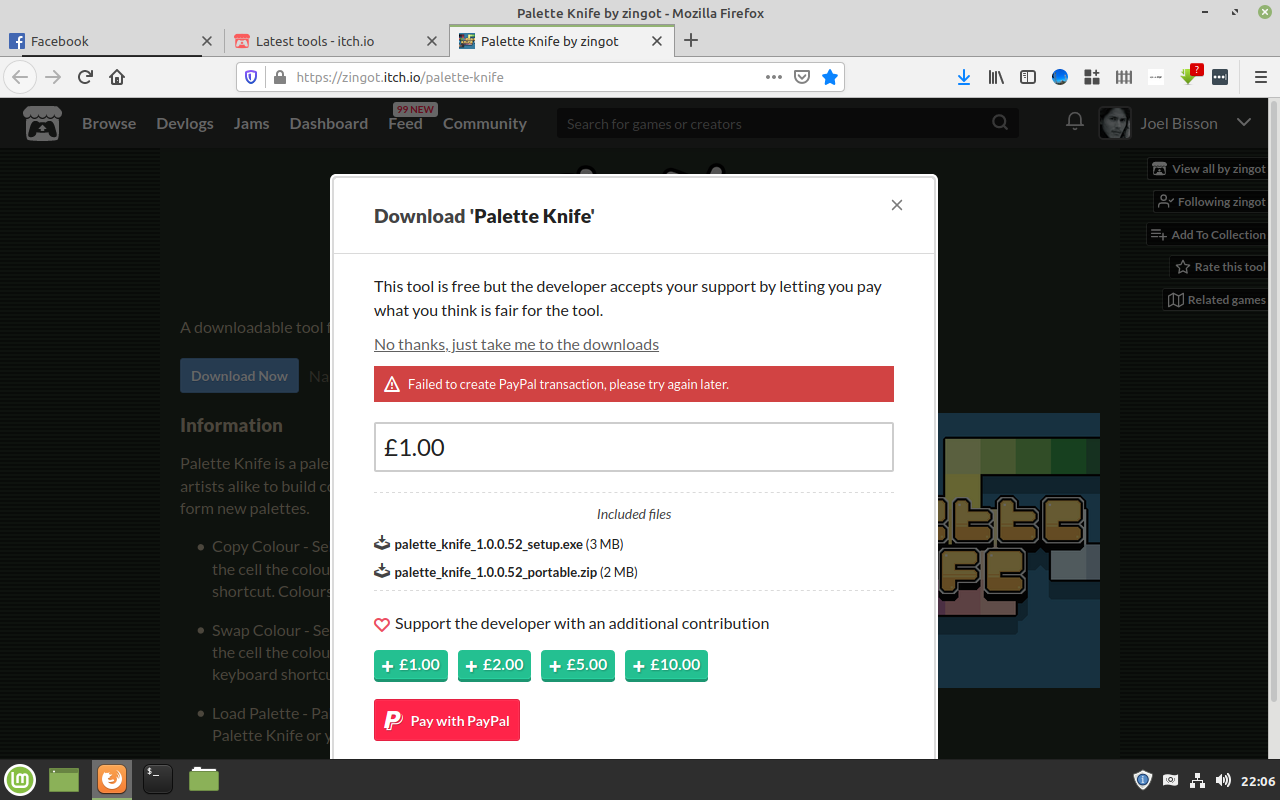 You need to agree to the new terms and conditions to get a business paypal from which you can receive payment. Please make this buy-able.

I want to buy this as a file, for my purposes I want to add various bad guy sprites from various games with this you can make almost any asset in no time for mods.

Good Evening or Morning fellow AdamStrange, I am pleased with what you’re doing with the quasar apps, is there any change you can make it pay-what-you-want? I would like to contribute fund to further development.

I’d like to do something here with this via workshop, no clue where to start but the manual and youtube. Maybe I will search high and low for info on rpg creation and asset design. I think it’d be cool for an export function for standalone app in win.linux.macOS and mobile one day.