Thank you for playing The Search! Yes, I thought Cissy did a great job too. I enjoyed her performance in Firewatch and was pleasantly surprised when she agreed to lend her voice to this game.

Glad you thought the hint system had a good balance to it. An early tester of the game played it and said it needed hints like in The Room so I borrowed a lot from that system. It was a fair amount of work but I think it was worth it. :)

Reply
The Search community · Posted in Thank you for the beautiful experience.
Jason Godbey1 year ago

Thank you! Glad you enjoyed the game :)

At this time there are no plans for an iOS or Mac release. Sorry :(

Thank you, I'm glad you're enjoying the game! My inspiration for making this were games like Myst and Riven (as I'm sure that's pretty obvious). But wow, it is so hard to make these kind of games because rendering out all the different frames to account for what the player is allowed to do.  I'll let Robyn Miller explain the process for what they had to go through for Riven:  Making of Riven

My other game, Discolored, I made in full 3D and it was an easier experience. In that game I still managed to add a "Point-and-Click" mode in the final game to try and give people that classic first-person adventure experience. :)

Fun fact: there are over 800 rendered frames in The Search that make up the graphics!

Reply
The Search community · Posted in Any Plans for Mac Edition?
Jason Godbey1 year ago

Hi, unfortunately at this time there are no plans for a Mac version of the game :(

Would love to include The Search in this bundle: https://jasongodbey.itch.io/the-search

Also I am working on an update for the full game where you will also be able to use point-and-click movement to navigate, very similar to The Search. It might be another week or so before that update goes live though.

Either way,  if the gamepad doesn't work you could wait until the update for the point and click movement.  You could refund the game too if none of that works. ;-)

Yes, there are a lot more users on Steam!

Thank you, glad you are enjoying it! As for publishing on Steam, it's only a little more involved than publishing on Itch, but not too complicated.

Thanks for playing! Glad you enjoyed it :)

Thanks for playing the demo! Glad you enjoyed it :)

Thank you! Glad you enjoyed it :)

Awesome, great to hear that! Thanks :)

Thank you!  In the meantime, if you want to help the game gain more visibility please consider wishlisting it on Steam since their algorithms love those wishlists :)

Thanks! I'm hard at work finishing the game right now. The full release will come soon :)

Thanks for playing the demo! Glad you enjoyed it :)

Thank you! I appreciate the wishlist add also :)

Glad you enjoyed it and thanks for the wishlist add!

Glad you enjoyed it, thanks for playing! The thumbnail of you picking up the moon is awesome! :)

Awesome! Glad you enjoyed it and thanks for the wishlist add!

Hey  thanks for taking the time to play the demo, glad you enjoyed it! Yeah, sorry about the copyright claim. I actually bought a license on Musicbed to use it in the game, but unfortunately it will still get tagged if you want to monetize videos.

Hey Matt, thanks for playing and leaving a comment. Your game looks cool! Going analog for your sets instead of purely digital seems like a daunting task, but I've seen other examples of people doing this with success.

As for my process, a lot of my inspirations for this game were examples of using only what is essential. For example, in the game "Limbo" there isn't any color most of the art is just light and shadow and a  focus on silouettes. For my previous game, "The Search" I went crazy with detail everywhere and while it was fun and I felt it turned out well artistically, I felt it made me lose focus on the gameplay and puzzles. This kind of detail is fine if you're a AAA studio with a lot of time and cash but I'm just a solo dev so I have to be more focused in my efforts. Traditional artists like John Register and Edward Hopper were inspirations for the art style of Discolored. Especially if you look at Register's work, again mostly light and shadow doing the work, simple shapes and use of color. There are other games that do this as well like The Witness. I could go on and maybe I'll write a blog post about it later. :)

As for my tools, I kept everything digital. Using Unity for the engine, 3ds Max for modeling and lighting with Vray to render out lightmaps because I don't like Unity's current lighting system. Also using a few plugins in Unity for functionality like Playmaker, Rewired, and Adventure Creator.

Anyway, hope that was helpful and best of luck with your game!

Awesome, thanks for playing! Love the Bob Ross thumbnail you used for the video. :)

Thank you, glad you enjoyed it! Love the "Ketchup or Mustard" title on the video.  :)

Thanks, glad you enjoyed it! I agree, stealing the moon and planets turns out to be pretty fun actually! I tried to put a few other cool moments like that in the final game :)

Hey, thanks for taking the time to sign up, comment, and for playing the demo! I kind of felt the same way about the music here. It can get repetitive, but it's not too distracting. However, I am doing something different with the music in the final game so it evolves along with the visuals as the puzzles are solved, and hopefully in this way too it won't get so repetitive.

Thanks for playing! Bummer about the sound capture fail, but glad you decided to still upload it.  Happy to hear you enjoyed it :)

Thanks! Glad you liked it :)

Sorry about that. Did you still run into issues when changing the quality setting to Medium or Low in  the pause menu? The final game will be optimized more.

Thank you! Yes, in the full version there is more of a story in there. I'm trying to keep the text I use to a minimum, to stay with the minimal theme, so there will be more showing than telling when it comes to the story.  :)

Sorry you ran into performance issues. I admit the demo isn't as optimized as it could be and the UI elements need adjusting for different resolutions too. I plan to address this in the final game (and hopefully in the demo too, time permitting)  :)

Thanks! Yes, I'm going for a minimal aesthetic with this game, trying not to explain too much (which I understand could be frustrating for some), but glad you were able to figure things out.  :) 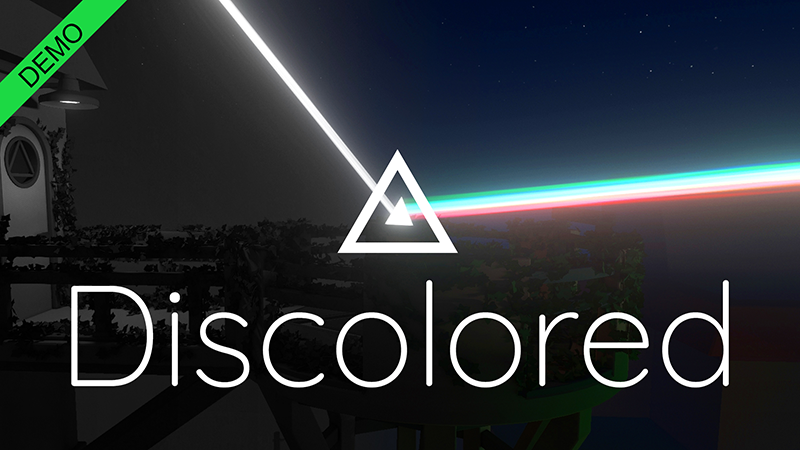 A lonely roadside diner in the middle of the desert. The locals say it’s lost all its color. You are sent to investigate.

Discolored is a strange and surreal puzzle adventure, taking place in a single desolate location. Your mission: restore the color to this once-vibrant world. What caused the colors to disappear? How can they be brought back? As you explore, you'll solve an array of inventive puzzles and uncover a selection of clues - leading you to discover the deeper secrets of this strange place at the end of an abandoned highway.

About the Demo: some people have reported bugs while playing, so you may run into some yourself. These will be addressed in the final game.  Some people have stated they want more hints and guidance in the game, however some people said they loved the challenge. I am planning to balance this in some way in the final game, maybe through an optional hint system, but still keeping the challenge there for people who want it. The demo is about 20% of the full game. 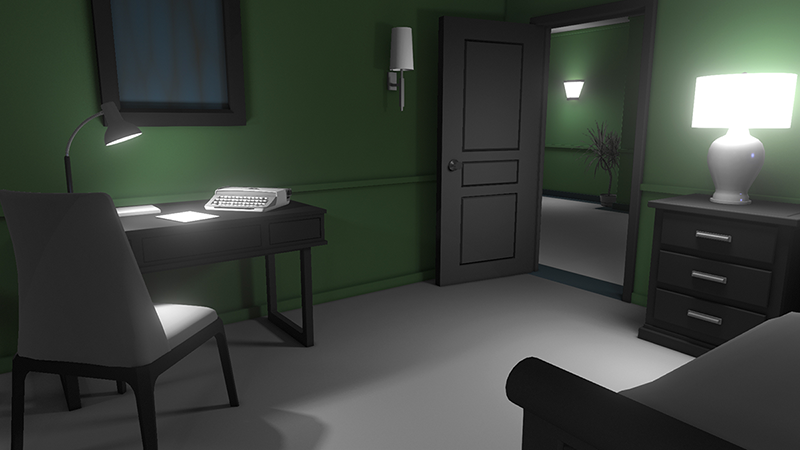 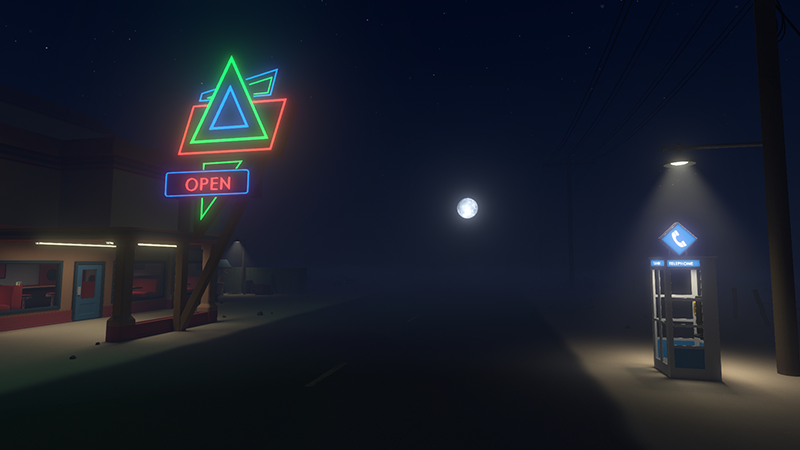 Thoroughly enjoyed this! You nailed the Twilight Zone vibe. The art book was great too. Hope there will be many more episodes to come.