Thanks. Comments like this one mean world to us! :D

Thanks for playing! I watched both of your vidoes :D If you liked the game you can help by giving us a rate!

Thanks! Hope you will like the rest of it. The demo is about 1h15min up to 2h long (if you decide to check every corner and interact with everything) ^^

Thanks. I hope you won't be dissapointed with future CONSUMABLES! :D

I'm glad you liked it! Do you remember some of them by any chance? Like scenes where you have noticed them. It would help a lot! :D

Good one :D It made me laugh few times. ^^ Also: Oh no. you eneded video just few minutes before the ending... xD

Thanks! Mother series were inspiration ^^ If you liked the game you can help by giving it a rate!

Thanks! It seems that few people had this issue. And we're currently checking this out!

Thanks :D I just watched the whole video! I'm glad you liked my odd sense of humor. :D

Thanks. It's nice to hear that you loved it :) You can always help us by giving us a rate! It will mean a lot :)

Thanks man, that means a lot to me! I'll watch the video as soon as you'll upload it :D

Awesome video. It was fun to watch your reactions to my jokes which were like mix of wtf and giggling :D

I'm happy to hear that. Thanks :D

I'll be talking to my programmer about that :) I really hope it will!

Haha, thanks. Let's hope it will freeze sooner than later!

I'm glad that SWITCH controller works. Unfortunately we don't have one ^^

Thanks for reporting that. I'll tel my programmer!

Hi! Have you downloaded the latest version of the game? We were improving the controls lately! Also there's an error with Accept button, we added the graphic just before the release and we have to change it to "A" ^^' Sorry! I'm using the 360 pad and everything works properly!

Hearing stuff like that makes me super motivated. Thanks :D I will do my best!

I'm really happy to hear that. I've put all my heart and soul into it :D

Thanks ^_^ You made a great video about Oddventure! I loved it! Now I need to make the full game, so I can see another ones :D

Thanks! I'm glad you liked. Thank you for all your support :D

Thanks! Yeah, I loved the series. They were a great inspiration :)

We will check all those possibilities of game crashing! Thanks for helping us out! ^^

Thanks for noticing! Fixed! I don't know why it stopped working. I must've set it working for up too 100 people by accident ^^

Thanks! Also thanks for your feedback. It seems that most of the people didn't have any crash issues. Can you give the examples of actions did you take before the crash happened? It will help us a lot! Thanks!

Woah, thanks, I'm blushing! I'm glad you liked it! Thanks for making a video about our demo! It's so nice to see you liked enough to make one ^^

I'm glad you like them! Next step: Kickstarter and we're going for a full game! ^

I'm really happy to hear that. Check us from time to time for updates ^^

Hope you'll enjoy it! Give us some feedback later :D

Thanks hope you liked it and will follow our project for the later full release! :D

Thanks! There are 3 people working on the game itself. And we have a composer :)

I love the art and the, he-he, ODDNESS of the game. I'm really glad I could play the demo. I don't know which part is my favorite - either a bear boss or the fire puzzle. Good job, guys!

What a long and strange road it’s been lately… When beginning this projectI knew that it would require a lot of determination, time, coffee, sacricifes, willpower and, again, coffee.

Over the last few weeks I’ve been trying to put together a viable combat system. In Oddventureyou will be able to end a fight in 5 ways. 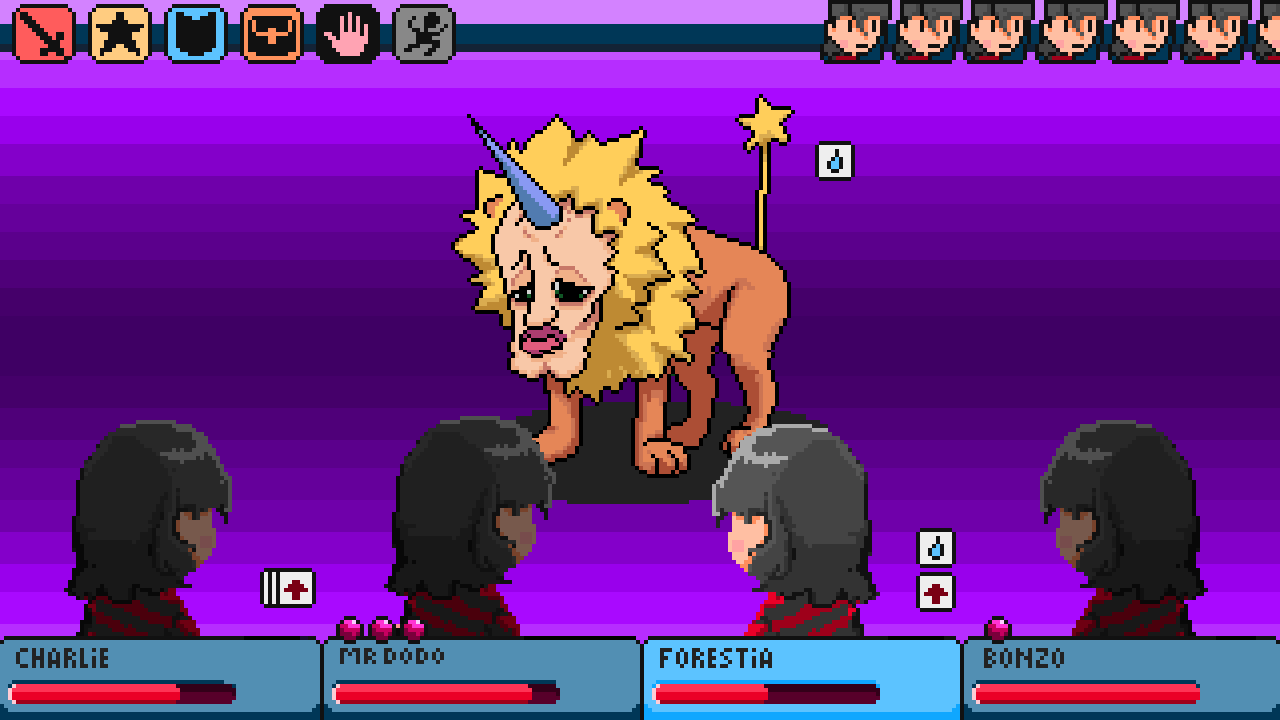 Apart from regular HPs enemies will have a mood level. Our heroes will also have a mood bar, but that’s a topic for another day. Back to the point… Ahem. Where was I? Ah, the enemies’ mood. To put it briefly: At your disposal will be a variety of skills, that can affect the enemies’ mood - make them happier or sadder. How you end the fight - it’s entirely your choice. The hard part in all this is making everything balanced… As all th…. No! Wait! Wrong universe. Snap out of it! Ugh… Anyway… 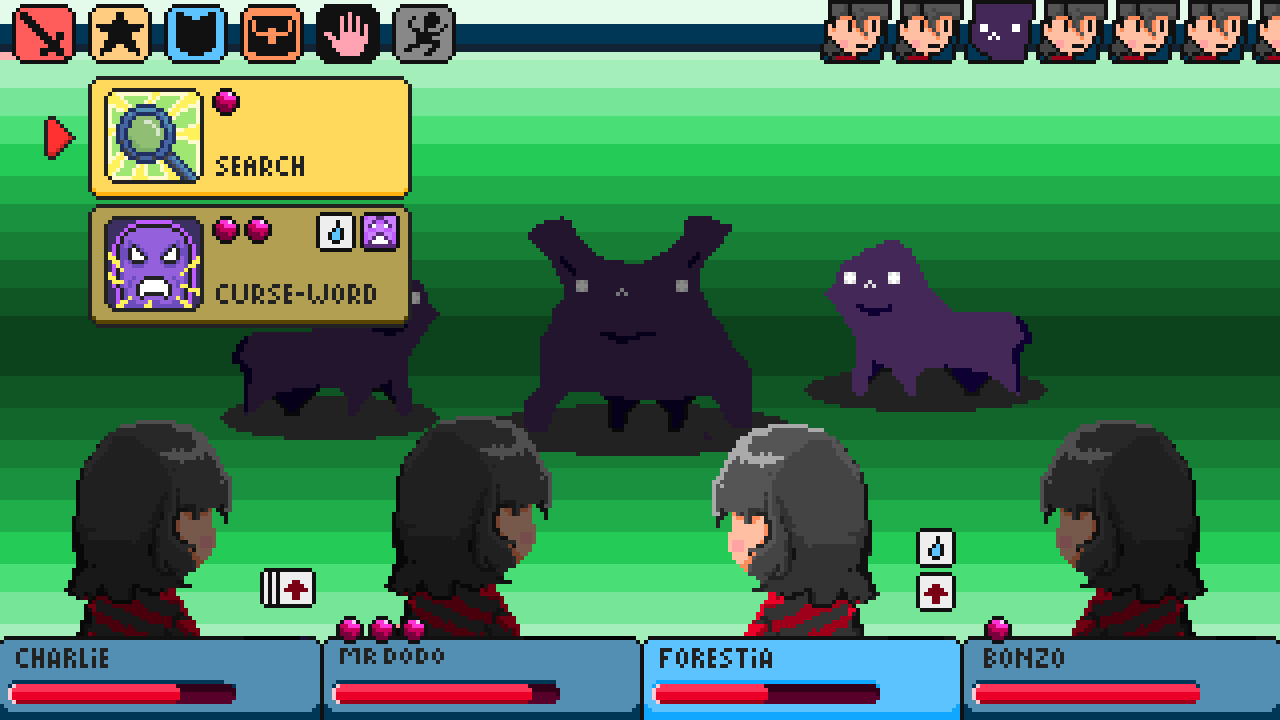 Progress. Right now I have one enemy implemented. A Rabid Dwarf, who is valiantly standing there, taking a beating over, and over, and over again untill I’m happy with how the different skills and weapons are balanced. In the near-ish future I’m planning to implement more enemies. Who wants to fight Dwarves for the whole game? As of right now the combat system is nearly ready, but when I say “nearly” it means that there are still a bunch of things to do. You may have seen a few screenshots and gifs showing how the interface evolved. 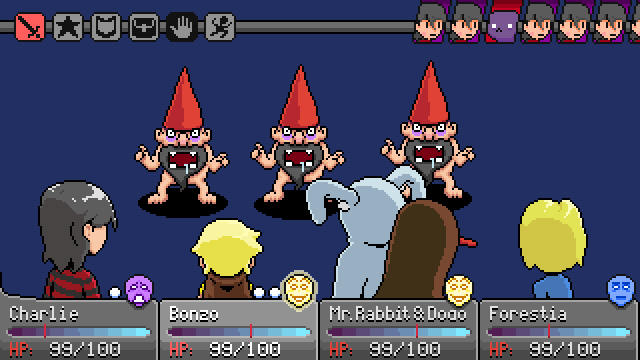 Whew. I think that’s enough for one day. So remember - If you like and follow Oddventurenow you get to unlock all FIVE ways to end a fight! :D

Found in “do not touch or Dodo will die” box.

Old and spooky art, one of the first visualization concepts for my upcoming game: Oddventure. It’s so nice to retrieve such a gemstone. Sorry Dodo, it’s nothing personal… Hope you will enjoy it as much as I do :) 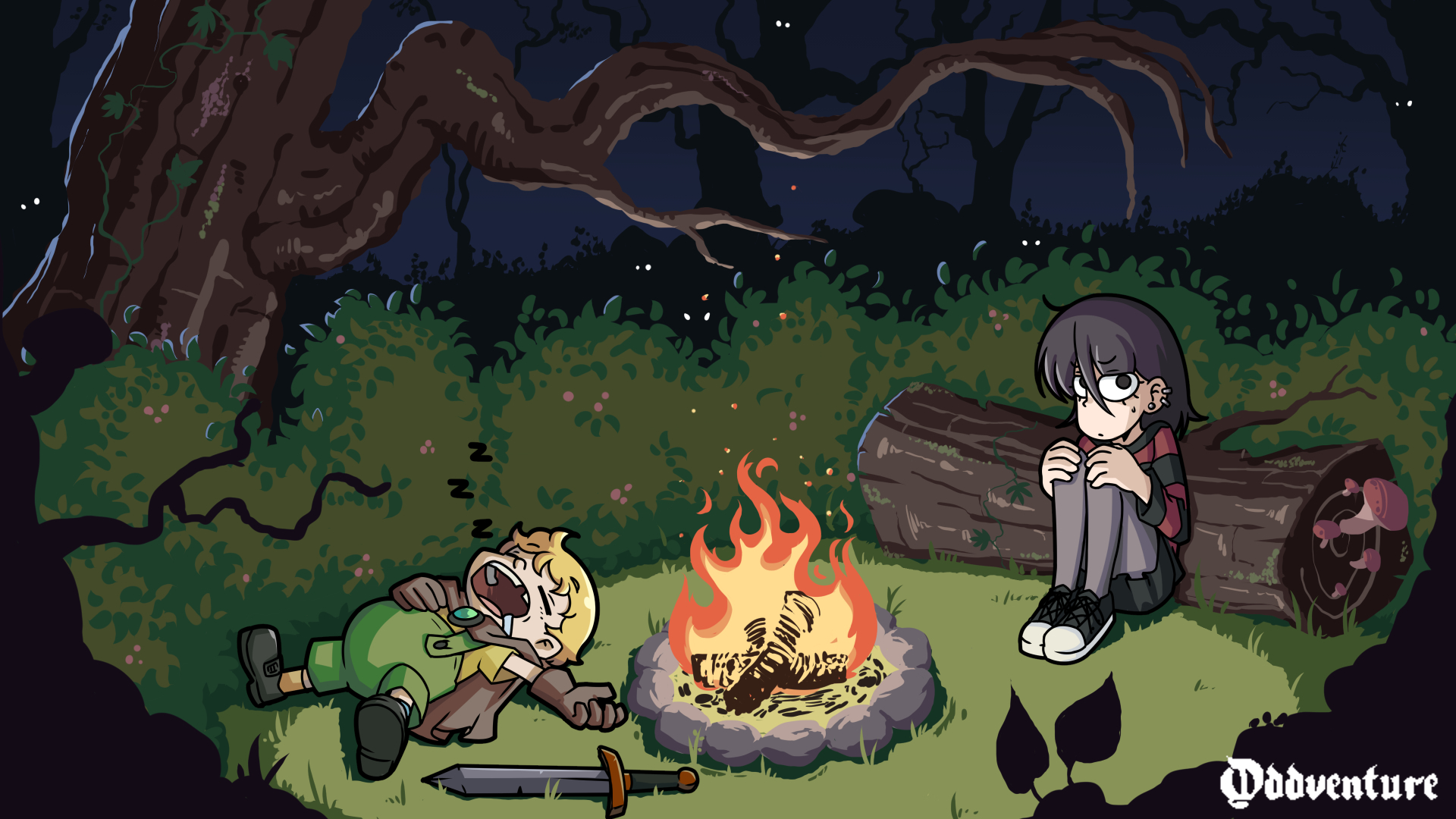