Love the game, bought this on steam and I have a few suggestions, using links since I seem to be unable to link images directly

1. I think the bottom left icon should bring you to the loadouts tab. I almost never click it and it's one of the most accessable buttons, kind of frustrating. Conversly, loadouts is super convenient, but hard to find. I'm not a fan of using the keyboard when playing an idle game, even if it's a great, active one like orb of creation so even though if i were hardcore i could easily access it with z, that doesn't help my lazy ass out.

2. The naming is super confusing

I never know what i'm getting because all of these panels sound like they do the same thing. Casting you can delete and it would be better, It's much easier to just use the icons in the bottom Left and it would reduce the real estate of the game and let you find things easier. "Loadout" is fine, "Skillbar" might be better. You could delete the "learn" section of spellbook and just auto give players the abilities, doesn't seem to serve any purpose other than the player clicking arbitrary buttons, or maybe make it a sub page at the bottom of "manage" this would greatly simplify the excess buttons of the magic section of teh game. So "spellbook" could be renamed "Manage" using the sub button within spellbook instead as it's much more identifiable. "Wizardry" is fine and is the one panel name that doesn't often make be click the wrong panel.

3. I would love if right clicking a spell brought up a list of spells vertically that would allow you to replace a spell if it's not on cooldown.

(Imagine if that wood spell were all the other different spells you owned, glyphs could be set per spell in the loadout panel so whatever you have them set there, would affect this assignment)

4. Also if the spells were larger and had a slightly larger area in the UI it would be much easier to use them and justify getting rid of the "casting" Panel as now you would just have one nice area to cast spells with decently sized icons.

I feel as if this is the most important UI element and it's also the smallest. If they were stacked on top of each other and made larger it would be nice, you could save some room by allowing the user to collapse the orb/ make it smaller for the resources to display more.

Just some random feedback! I know some of these might be impossible to add for whatever reason, or they may be niche ideas or whatever, take 'em or leave 'em.

Definitely not every day I get people trying the game these days! The encouragement is very welcome, Cain.

Thank you for taking the time to try the demo and for posting here.

I enjoyed the multiple elements, but they felt a bit uneven. Like the first world was just so dense and all the upgrades interconnected and led to all this great layered experience, and then boom you start doing alchemy, and you start doing carpentry and not only did they not really connect, but the first area just became completly forgotten. Which to me felt like a step back because the first area was IMO head and shoulder the most fun. If the first area with its mixing and matching of magic somehow played more a roll in the other areas throug hte game it would have been a better experience in my opinion.

It's kind of a pet peeve of mine in idle games when you have all these buttons and UI real estate for thigns that are no longer relevant and the game slowly turns into cat and mouse trying to find what was relevant.

This game really has the potential to be the best idle game BAR NONE. Hoping for longer loops andprestiges in the future that invite you to start over from scratch to get strogner and stronger. Also just when i was starting to get the hang of the early game, it forced me out. Dev if you read this, the first 25% of the game is far superior to the rest, please try to expand on the core casting elements rather than building up the  other areas too much. All the cool spell combos and bonues just combine to be FAR better than the rest of the game, and it seems crazy you're expanding outwards rather than layering on the what your game does so well. If you gutted all the alchemy and crafting, and combat and focused on improving the UI and hotkeys for the magic elements of the game and simply build prestige's around this core experience this game could be something amazing. Don't make 2 or 3 games in parrelel that are kinda ok, make ONE fantastic game. I feel like you're spreading yourself thin and missing what the core of teh game could be, getting lost in several elements of progression that don't really build each other up, they just draw potential polis and UI real estate from other areas,

Absolutely papptimus, thank you for reading.

Thank you so much for this comment. It's been a  long road getting this far, but hopefully getting close to a decent demo.

Future builds of the game will be launched on all platforms as the pipelines are now locked in place.

Reply
itch.io Community » itch.io » Questions & Support · Created a new topic Is there a long delay associated with the core game preview image after it is chaged?
illtemperedtuna2 years ago (3 edits) 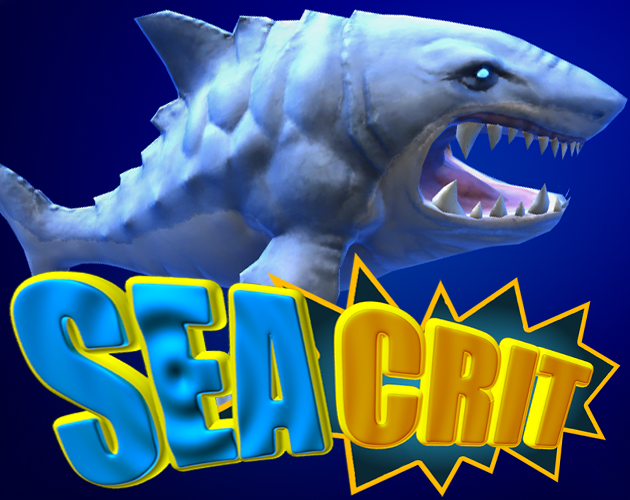 I updated my games icon a couple days ago, but when I link the game, the embedded image is still the old one. Curious if i'm missing a link somewhere or if this just takes a long while to update.

Thanks in advance for any information from anyone!

Oh and foundatoins of upgrade system.

True Roguelike gameplay is on the horizon.

Reply
itch.io Community » General » Release Announcements · Posted in MAC version added to The Seacrit Fish Game. Come on in, the water is warm and the gameplay is GOOD. Have fun.
illtemperedtuna2 years ago

This is my first time adding a mac version of the game and I'm not 100% sure I uploaded the zip properly, please let me know if you run into any issues!

Reply
itch.io Community » General » Release Announcements · Created a new topic MAC version added to The Seacrit Fish Game. Come on in, the water is warm and the gameplay is GOOD. Have fun.
illtemperedtuna2 years ago

Reply
itch.io Community » General » Release Announcements · Posted in Just tried an android build for my game on a whim. It's AWESOME! Come check it out!
illtemperedtuna2 years ago

Reply
itch.io Community » General » Release Announcements · Created a new topic Just tried an android build for my game on a whim. It's AWESOME! Come check it out!
illtemperedtuna2 years ago (1 edit)

Couple key  issues with the mobile version, dialogue isn't working and the second button "B" isn't active so you can't shoot, but i'm really happy with how it's going so far!

I enjoyed what time I had with teh game but here's some feedback.

Why am I not starting by my home? Then when  I do go by my home I can't go inside? Why even have a home?

U see water, the scarecrow needs water. It feels really odd the first thing you do isn't to grab a pale of water to water him. Maybe this could be the first thing you do? He then gets enough energy to tell you that the old later and man on the road were friends and that's what you need to do. As it stands just wandering around talking to people feels a little dull when there are all these things in the world that seem to need your atention.

Another thing... when near the endge of the world it would be nice if you saw the trail going upwards to the other directoin a bit like when going down stairs. Right now it's disorienting to "use" near the edge of the screen and then be expected to go the other direction.

I encountered a pretty major bug when in the first major puzzle with the key, i was able to go across the chasm at the door and I pushed the box to the right and then it was no longer able to fall and I got stuck. At least I think this was a bug.

I really like the style and overall setup, you can feel a lot of care went into the game.

Reply
itch.io Community » General » Release Announcements · Posted in 7 years I worked on this forsaken game! It would mean a lot if you tried it out. I think it's pretty good! Underwater beat 'em up shooter where you play as a fish :D
illtemperedtuna2 years ago

Fixed! Thank you for the suggestion, D'gal

Thanks! My artists did a fantastic job.

Reply
itch.io Community » General » Release Announcements · Created a new topic 7 years I worked on this forsaken game! It would mean a lot if you tried it out. I think it's pretty good! Underwater beat 'em up shooter where you play as a fish :D
illtemperedtuna2 years ago

And here's a video discussing some of the unique gameplay mechanics: