That could be possible, but sadly I don't have one. So porting from my side isn't possible I think.

OpenSaberVR is an open source BeatSaber clone which supports the custom songs from the mod community of BeatSaber. It's still under development, but the first development snapshot has already a good gameplay and the mentioned support of the songs. 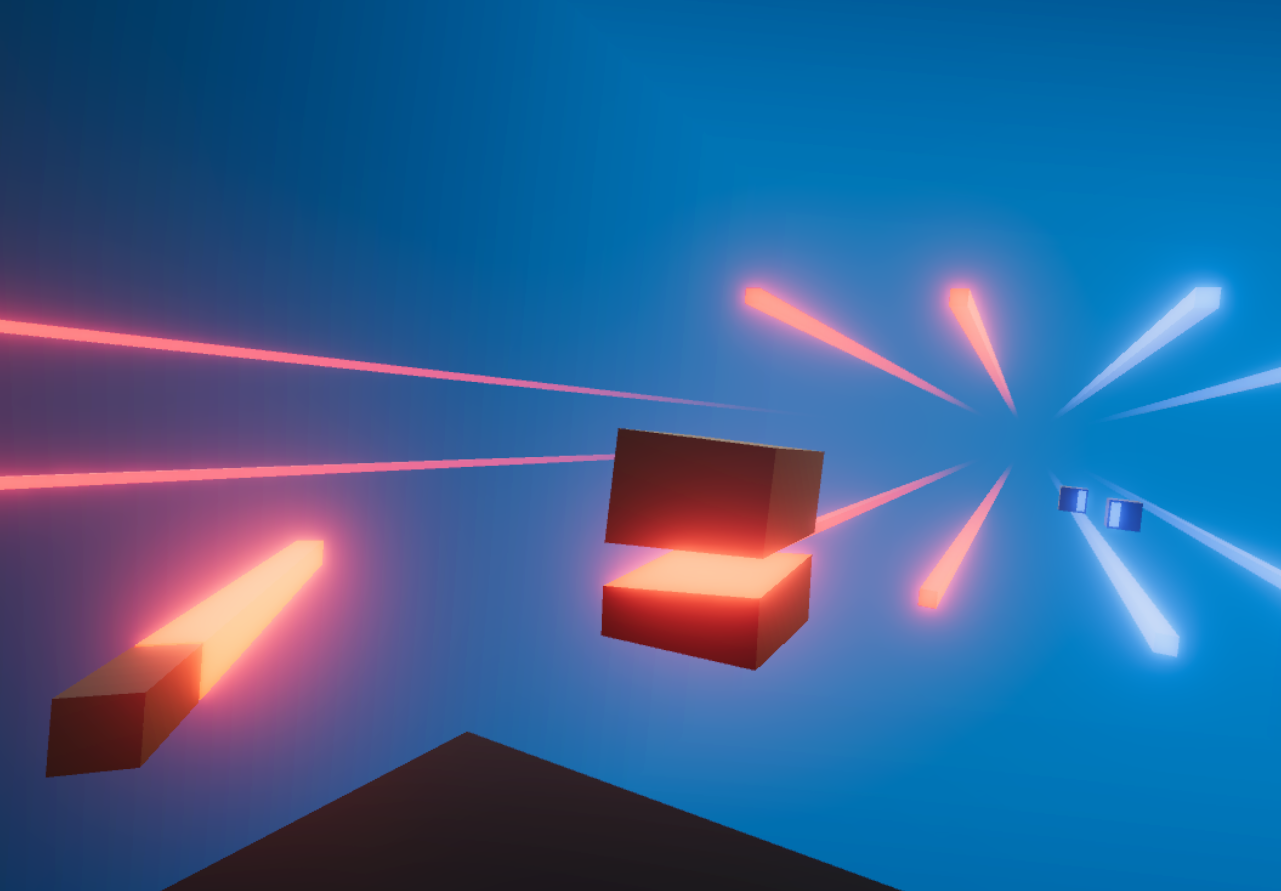 I played several VR games here on itch.io. "Tea for God" is a great one, absolutely astonishing. I love that you are able to walk endless in real and can explore the VR world without any teleporting or locomotion.

Beside playing VR games, I develop games on my own. My most popular game is Till Dawn, an apocalypse zombie FPS with some special VR controls.

My second game is Run,Boy,Run. It's an endless runner in VR where you have to build up the world while Danny is running. For this game you will find the source code on github, the link is on the game page.

Right now I'm on my third game which will be a FPS again. I try several new stuff and I hope that I can show more in the near future.

Hi, what is your system specs?

Also the graphic settings is set to maximum at the moment, maybe I have to give the possibility to change it manually.

Reply
Till Dawn community · Posted in iam not VR
dev.play.repeat2 years ago

I'm really sorry, but I think that this won't happen. I'm focusing especially on VR and try to realize different concepts in VR. That's also the reason for my other VR game. I'm loving it to play with the possibilities which you have in VR.

Run, Boy, Run is an endless runner game in VR. But instead of running on your own you have to build up the world while Danny won't stop to run. Don't make any mistake otherwise he will fall down of the world or crash into a building.

Your opponents? Speed, time, your highscore board, your own skills and Danny's decision where to run.

Give it a try and download it for free from https://devplayrepeat.itch.io/runboyrun

Maybe I have to activate the graphic settings screen because at the moment it is set to maximum.

Reply
Till Dawn community · Replied to Tasic in Lag
dev.play.repeat2 years ago

And please open a new topic and don't spam this one because your issue has nothing to do with a lag.

Hi, thanks for your comment. But instead yelling you could give us more specific information for fixing issues.

Are you using SteamVR with the Rift or the native implementation (you can see this if the SteamVR popup is open and active)?

Have you used the teleport or the walk mode?

Is your VR headset correctly calibrated? Can you touch the floor in other games?

You can't reload the weapons that's part of the story. Therefore you get new weapons over time. So you have to think about shooting.

Could you tell me a little bit more about your hardware specs? Which VR headset are you using, CPU, RAM, graphics card, operating system??

Does the lag disappear after the start up or does it persist the whole time?

That's really looking good and it's making fun playing it. I love the minimalism style of the game itself. Really well done!

Thanks for this advice!

We have done exactly that with our project Till Dawn, we posted on the forum and also posted the releases on our twitter account. There were lots of visitors all day, but as we decided to have a minimum price of $1.00 the visits decreased totally.  That's because we are no longer listed in the list (https://itch.io/games/free/input-htc-vive) even if we have a demo (which is always one version behind). We were very high in that list and it's very sad that we are no longer in there.

Furthermore there should be something to post to the whole itch.io community through the forum. As we understood you should only post once there for a new start and the rest should be done on the devlog.

:-) Feel free to do so. We thought that this is a good pricing model and also to give the opportunity to test the game before buying it.

Thanks a lot Starkium, it's great to see that you love our improvements. :-) More will come and also the horde of zombies may increase in the further development of the game, we have some ideas in mind for more action. ;-)

Good to see to have a positive rival here. As you said, it's always good to have somebody who pushes you further and to make it better. :-) I have to download your game and try it, the screenshots are promising.

Let's keep it a friendly battle and sure we can have some shares about dev process and insights. Personally I'm really interested into that.

Best luck for your game. READY, SET, ALREADY ON THE RUN.  :-D

Our newly created VR zombie shooter Till Dawn is available on itch.io.

All information and download can be found on the itch.io page: https://devplayrepeat.itch.io/tilldawn

How long can you survive in the city?