Thanks! Glad you liked the game

The main bonus of a higher trait is being better at associated moves. Things are deliberately minimal/abstract to not overload players. (So, for example, Hermione casting a higher year spell would fall under the more abstracted Luck mechanic)

Of course, you're more than welcome to hack the game & add more complex mechanics. I'd love to hear how it goes! My only recommendation is to see how it plays as-written, so you can get a sense of what actually works & doesn't work for your group 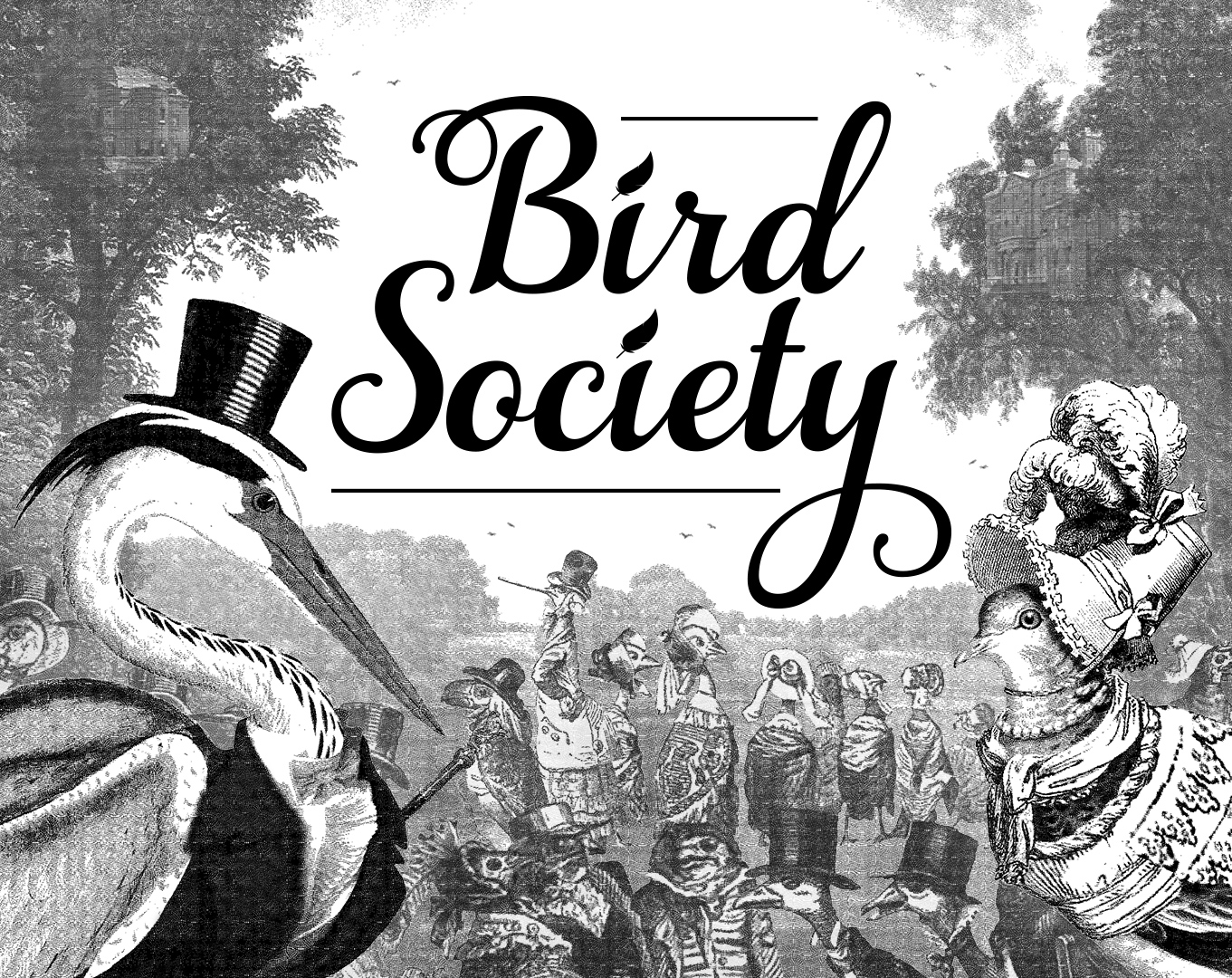 A tabletop RPG where you play high-society Regency birds. Embroil yourself in the drama of bird honor, bird courtship, bird inheritance, and bird scandal. An unofficial expansion for Good Society, the Jane Austen RPG

But, because "Attack" is a such prevalent term across ttrpgs, it has a lot of mechanical baggage (and it's kinda boring). Open to thoughts, if anyone has them!

Sorry this took so long, but I've added a IDML file of the playbook & playset layouts. This should open in InDesign or Affinity and allow you to fill in your own info for custom playbooks & playsets

Very cool! I'll add it above as well 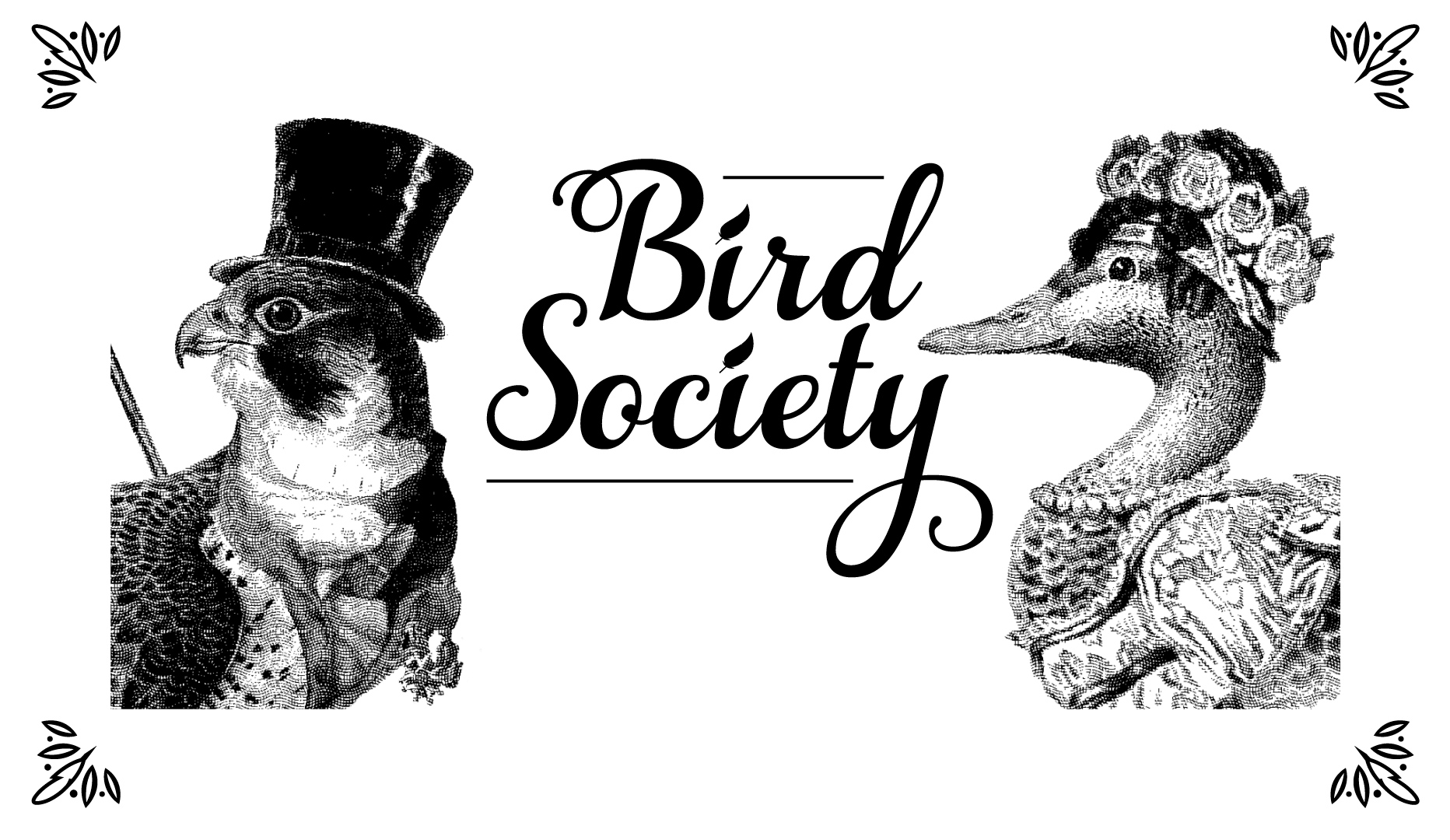 I'll create a page for for free bonus playbooks & add it

Hm! Definitely a display error of some sort. What are you viewing this with, and on what platform?

Hi there! Yes, the game is still in development

How are you viewing the sheets with problem text? PDF? Printout? The text in question should be dark on a light color background, like this:

Moves sheets are done, playbooks are still in progress. Email me (at david@davidbrunellbrutman.com) and I can send you the 1st draft moves sheets. If you want specific playbooks for a game, let me know which ones and I can try to prioritize finishing those layouts

Thanks! I can barely claim credit; it's just a generalized restatement of the more specific XP triggers in the original BitD playbooks. But I do love an XP trigger that leads to thematic problem-solving

Fantastic! Thanks so much for working on this. Awesome that you did the podcast & actual-play, too! I'll add a link

Hi! Yes, you're more than welcome to translate, no permission needed. However, note that there are a few German translations in progress – you may want to wait on those to finish before starting your own

Thanks! Go for it, and feel free to get in touch if you have any questions or need any resources

Not only totally free, but deliberately impossible to pay for! I hope your daughter & her friends have a wonderful time :)

Thank you Mori! You and the rest of the French translation team did a fantastic job on this and the final version looks lovely. I've added a link to the game info above

Thanks so much for the kind words! I couldn't have done it without looking at a lot of other, excellent games. Glad to hear your 1st session went so well :)

Thanks! For licensing: Any material borrowed or adapted from this game should be released under a CC BY-NC-SA license, but any original material you develop can be released under whatever license you'd like. You can include a note in your copyright section or a footnote in the rules text

And let me know what you make! I'd love to see it

I would follow how its depicted in the books & movies – sometimes the spell you're trying to end is too powerful, sometimes the caster isn't skilled enough, sometimes a more specific counter-spell is called for: https://harrypotter.fandom.com/wiki/General_Counter-Spell

Hm. I'm not sure I understand your question – Finite Incantatem is a Defence spell, not a Healing spell. And Healing spells are not required to clear Conditions, they just have the ability to do so, if successfully cast

Finite Incantatem would only be able to clear a Condition caused by another spell, while Healing spells can clear Conditions caused in other ways (cuts, broken bones, etc)

Does that help at all?

Either make them roll for it, or explain why it wouldn't work at all

If you can't think of any reason the spell would fail (which would trigger a roll) or simply not work, you should let the players cast it successfully

Other things to think about: What are the results of using the counterspell? What new problems does it create? What new mysteries does it uncover? How does it spark the next step in the adventure? And, when saying something won't work & players can't roll for it, always make sure you offer an alternative. Players can't counterspell Voldemort, but maybe they could evade or trick him instead

I laid this out in Illustrator, which I absolutely do not recommend. I've switched to InDesign for subsequent games. I haven't used Affinity, so I can't speak to that as a layout tool, but I believe it's somewhat similar to InDesign

Glad you and your sons are enjoying the game!

Fantastic! Thanks for taking the time to do this. I'll see what I can do about re-saving to PDF and adding to the game downloads

Technically comforting & supporting is a move, yes. However, I opted not to list it with the other moves because you never roll for it. (Unlike the Masks version, there’s no uncertainty about the outcome.)

So “comforting & supporting someone” is the fictional trigger, and the outcome is always that they clear a Condition.

Hi there! This game doesn’t have damage, as fights aren’t the focus of gameplay.

If a monster attacks the characters, they’ll most likely make the move Stand in the Face of Danger. If they attack a monster, they’ll probably do it with magic rather than a knife, so they’ll roll the move Cast a Spell.

If the roll goes poorly for the character, they’ll take a Condition (like becoming Scared or Injured) or other Serious Consequence. If it goes well, the GM determines if the monster is hurt, scared off, affected by a spell, calls for help, or comes around for another attack.

Think about what would happen in the situation, not about damage or hit points.

Sounds great! I hope the girls have a fun time, and I’d love to hear how it goes :)

If you’re looking for more guidance on GMing this style of game, I’d also recommend reading the DM guidance in Dungeon World.  It helped me a lot in moving from D&D to PbtA games.

Hi there! As others have mentioned, PbtA games give players a lot of agency to co-create the scenario with the GM. Note the game instructions about asking the players when you don't know something. The GM is not the ultimate font of all knowledge in this style of game.

My favorite trick is to start the game by asking each player about one rumor they've heard at Hogwarts this year. Then, use one or more of the rumors to introduce your initial unexpected event. As the players investigate what's going on, they'll start seeing mysteries to solve. And as you introduce more events based on their rumors, you'll all start to see interesting connections between them – that's the scenario.

If you're still stumped, email me at david@davidbrunellbrutman.com. I don't have any public-facing pre-written scenarios, but I can share my personal notes for the scenarios I run at conventions.

I haven't made any Hogwarts maps or character art, but the Italian translation of the game has a bunch of extra art, including maps & wands. Hope that helps!

Thanks! We ran this on the ManaPot Studios Flights of Fandom stream and it went really well. I have moves sheets & about a third of the playbooks laid out. I'll be posting all of them for download when complete

You're welcome! Glad you had a good time playing the game and happy birthday!

Thanks! My goal is to make game systems that are simpler to use and make people's ttrpg experiences more fun.

As to your questions: The Quidditch rules are about narrating an exciting game of Quidditch at the table, not about playing a fair match between teams. (The game as written in the books is inherently nonsensical & unfair, right? A goal scores 10 points but the team that catches the one ball at the end gets 150 points? Ridiculous!) So keep that in mind.

Having a set number of rounds before you announce the Snitch is what I usually do. I'd suggest 2-3 rounds (where every player at the table has gotten a chance to roll during the match). But pay attention to your players! If they're having a blast describing all the cool plays & broom tricks they're doing, go for more rounds. If they're struggling to come up with new ways to describe getting the ball into the goal, introduce the Snitch earlier so you can move on to a more engaging part of the game.

Happy to help! Hogwarts isn't a fighting game (though obviously fights will occur, just like in the books & movies). If you're interested in how PbtA deals with fights, I'd recommend looking at Dungeon World or Monster of the Week.

I don't think there's anything on the marketplace, but a player was kind enough to put together this DYI guide for creating your own Hogwarts Roll20 character sheets:
https://drive.google.com/file/d/1IWsppK9_BP12qZP0pcDB_5VxKOy2siYx/view?usp=shari...

The Italian translation of the game includes a map on page 20, if that helps:
https://drive.google.com/file/d/1XKl6onM0J4Hp_tK1_lXE26PHtThbk6e0/view?usp=shari...