Thanks for letting me know!!! Adding this one to my list!

Had a good time checking out Indiepocalypse! Thanks for reaching out!

Some major updates for y'all!

1. Demo script, including the original romance events, has been finished

2. Some NSFW artworks have been completed for the game, because I am deeply anxious by things in life, and working on the NSFW things made me feel better lol

3. Made an overall major change to the game... while I had initially planned for this game to entirely be done in 3D, because I have no experience with Blender (and attempts to self teach haven't been going well) I've opted to switch the people/enemy/animal sprites to 2D pixel art. This is going to be a new adventure for me, as while I did my own pixel art for my RPGMaker games in the past, I didn't... make them from scratch. But I will be doing this for FEVER! My hope is that the mixture of art styles will NOT subtract from the horror elements of the game, and will instead allow it to have a stylized Octopath Traveler appearance.

4. Progress on expressions is slowly but surely being made!

Because I'm still a full-time grad student, it has been difficult for me to find time to work on the game. I'm honestly surprised I finished the demo script as early as I did. I'm glad to have gotten it out of the way, because now I can devote time to working on the game's much needed art assets.

Anyway, here's a sneak peek of Jasmine, one of the 8 love interests in FEVER. It's been censored and watermarked for your viewing pleasure. My artwork has gone through SUCH a glow-up. 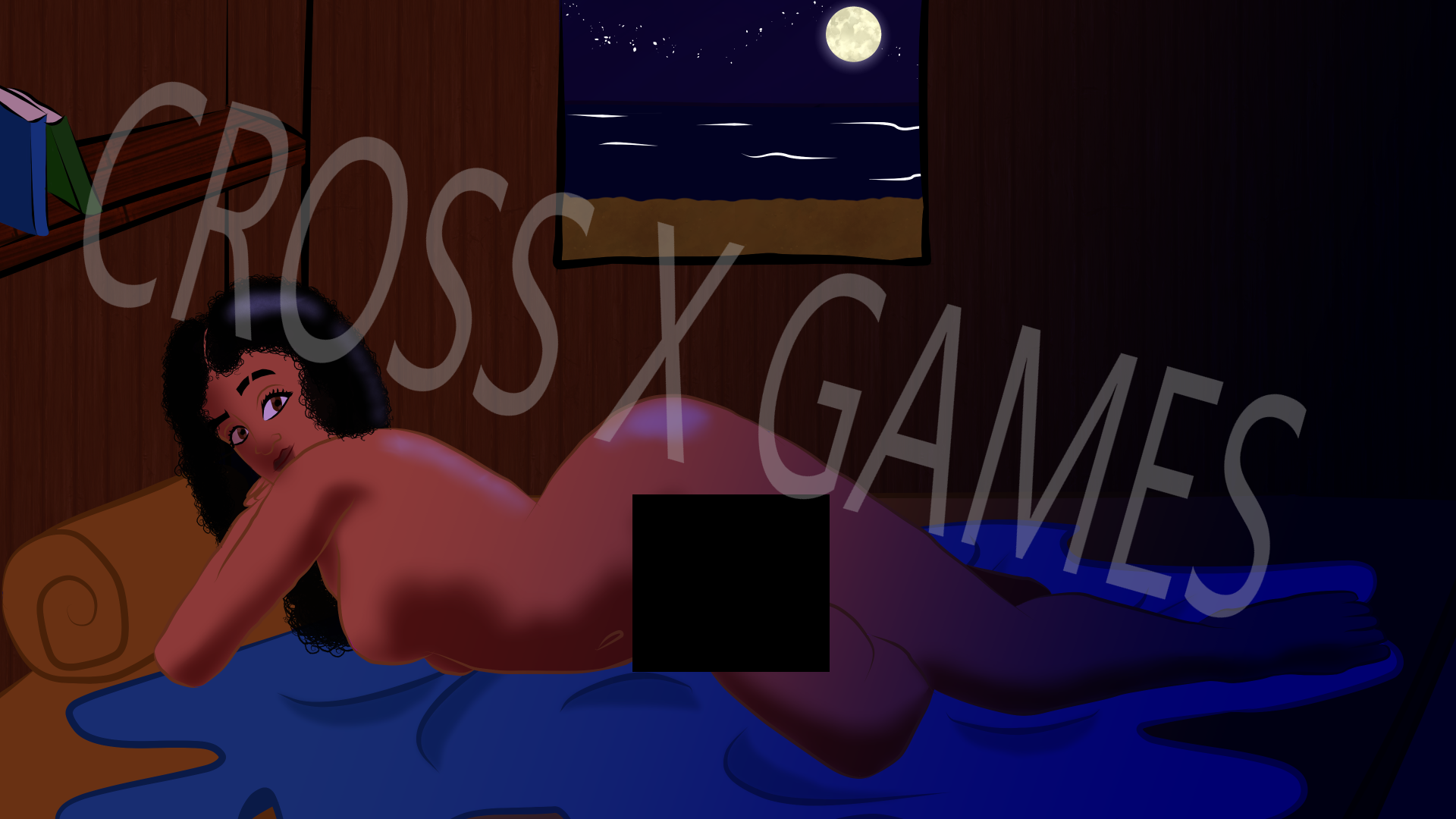 Introducing the final (?) love interest... meet Firerah! She's an accomplished general-- one of the youngest to ever lead her army. This tomboy has a huge heart and a boisterous personality, but after the tragic series of events on the island, she's losing her confidence in her ability to leave... maybe you can help her restore that? 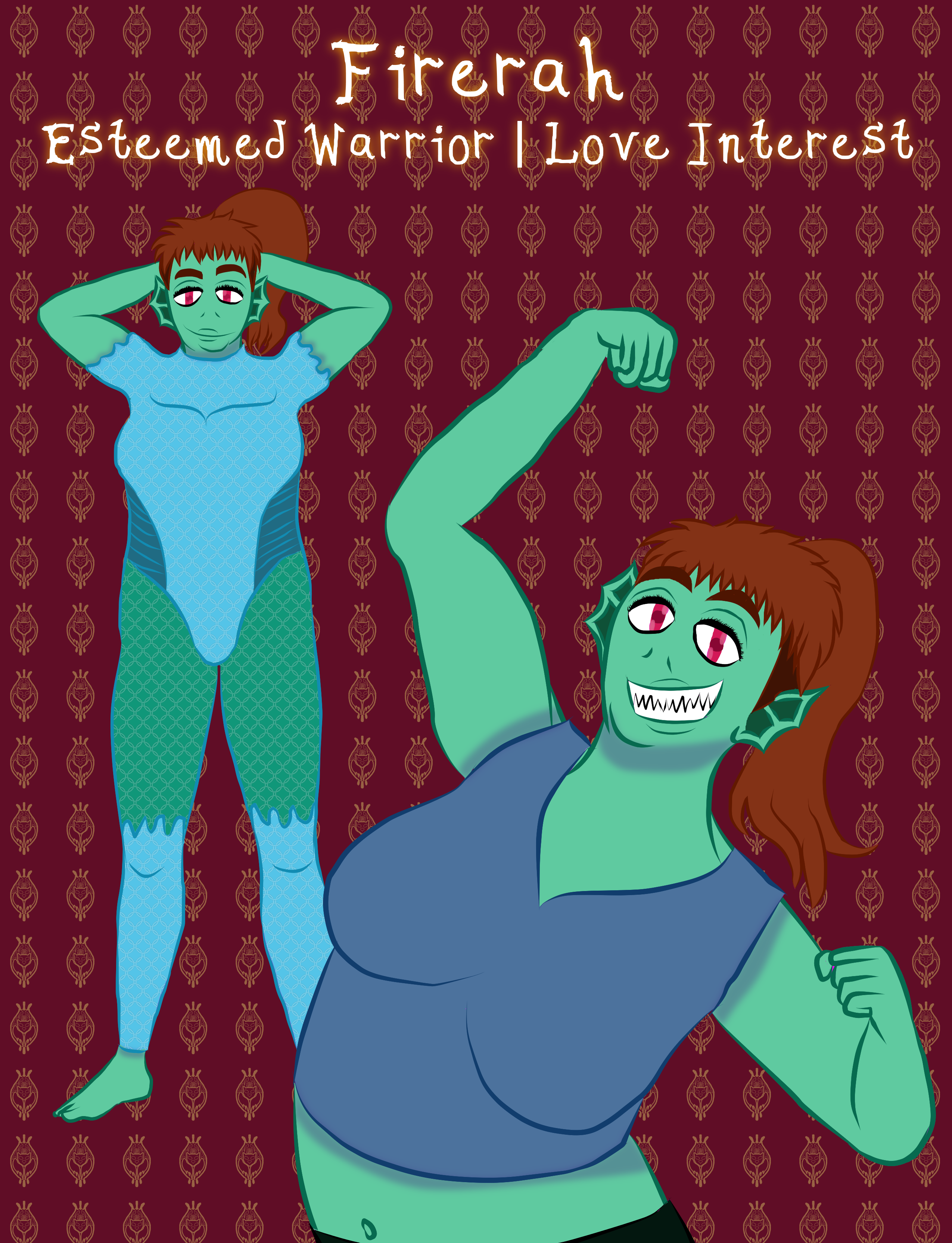 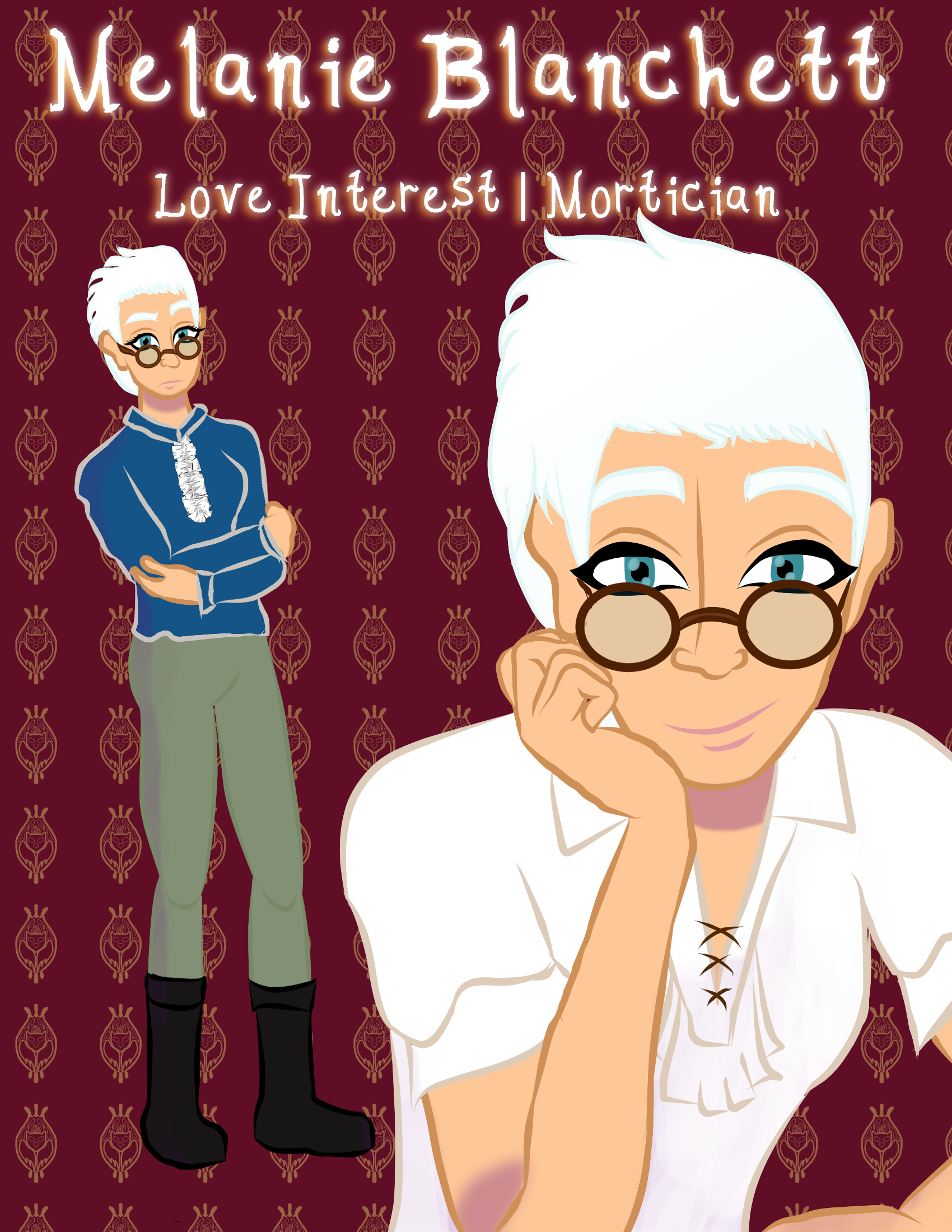 I'm in a new timezone (EST) but that won't stop me from sharing the next love interest! Remember Victoria? Meet her twin sister Melanie. Meet Wendy Walter! Although she grew up on a farm, her heart belongs to the sea--she really wants to be an oceanographer! Talkative and sweet, she's always yearned for a life of adventure...but is the adventure all it's cracked up to be?

I have errands to run this afternoon, so I'm posting this love interest from FEVER early! Meet Jasmine, the town's carpenter. She's a widowed mom with a warm and inviting personality, who's not so into the whole "commitment" thing... Unless...? 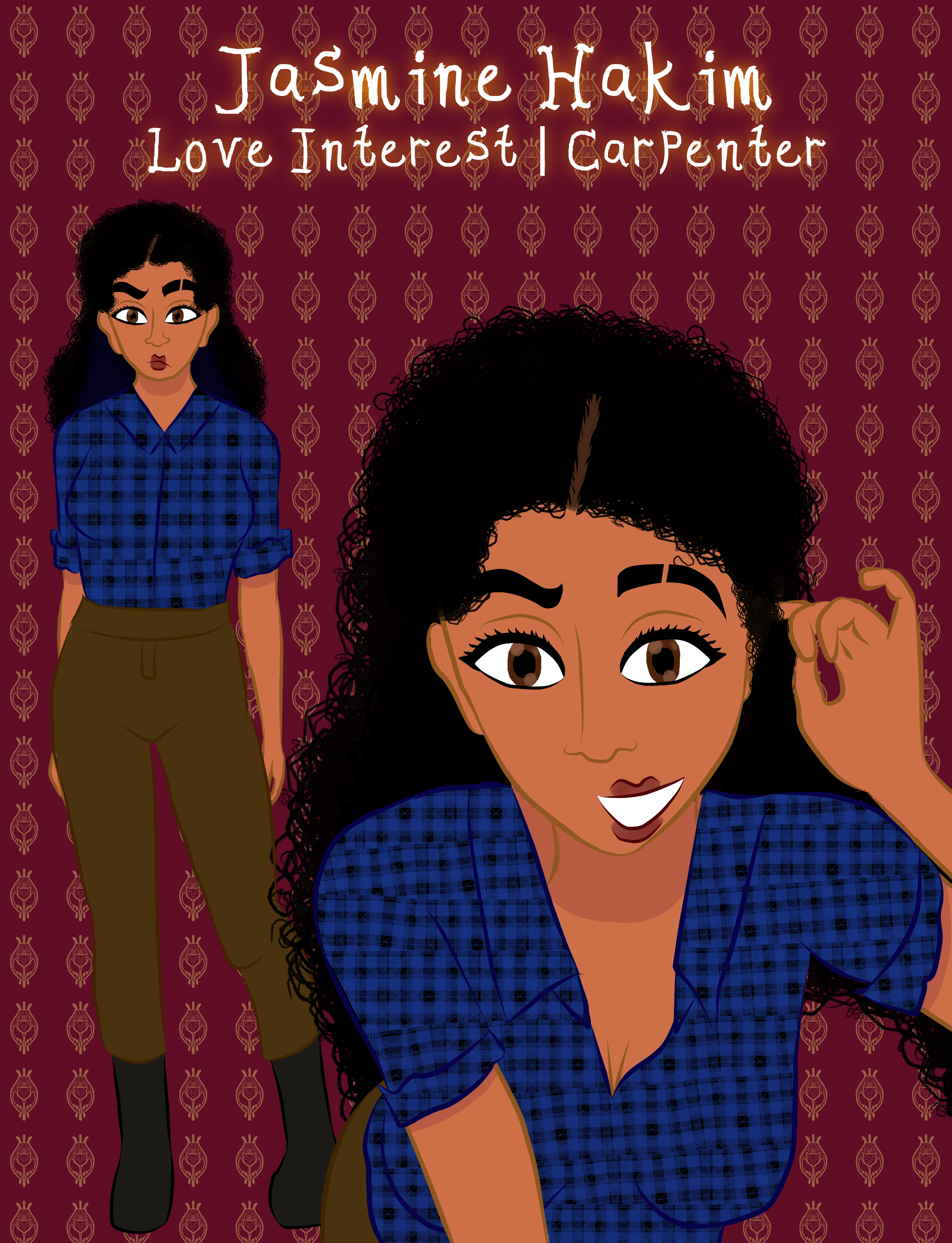 To be upfront, I have not accomplished much in FEVER as I would have liked to. Initially, I planned to complete all the expressions for the main love interests before the end of February, but that was not a realistic goal given that I'm balancing game development with school and other health issues.

However, things have been accomplished! By end of January, I completed all the concept art for the love interests (which is what is being unveiled on a weekly basis. Tomorrow, you'll get to meet my favorite leading lady!)

Thank you for following the development of FEVER.

Reply
FEVER community » Announcements and Updates · Replied to soulsoftea in Welcome To Fever!
CrossXGames1 year ago

<3 <3 <3 Thank you for stopping by!! Yep! Planning on being a solo dev for this one as I was with Grunge and others haha. I am planning on bringing on sensitivity readers, and may look for 3D modelers, but that will be at a later point; not until I've at least finished an alpha of the game.

Sorry for running a little late today, but I'm very excited to introduce Miya, the princess of the mer-people. After her mother's passing, she was forced to take on the throne, but this free spirit doesn't want to live up to her responsibilities. Unless...? 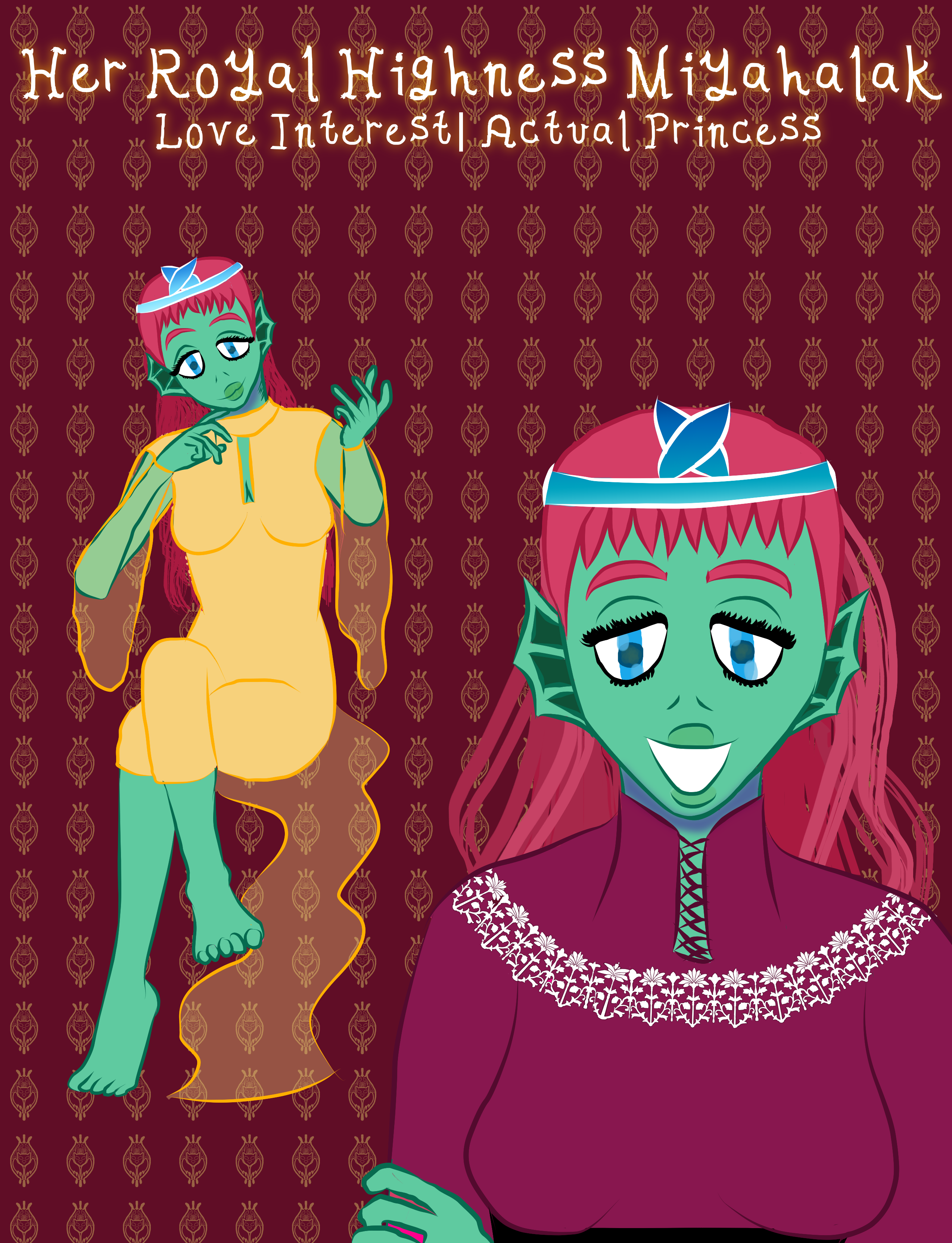 Another Tuesday, another love interest reveal from FEVER! This is Anika! She is the apothecary and leader of the town. Although super intelligent, being a leader can also be exhausting for her, so she's looking for a supportive partner. Can you be the one to win her heart?

Anika is also a trans character, and I will be consulting with a sensitivity reader in order to write her route. She's a super special lady and one of my favorite characters. 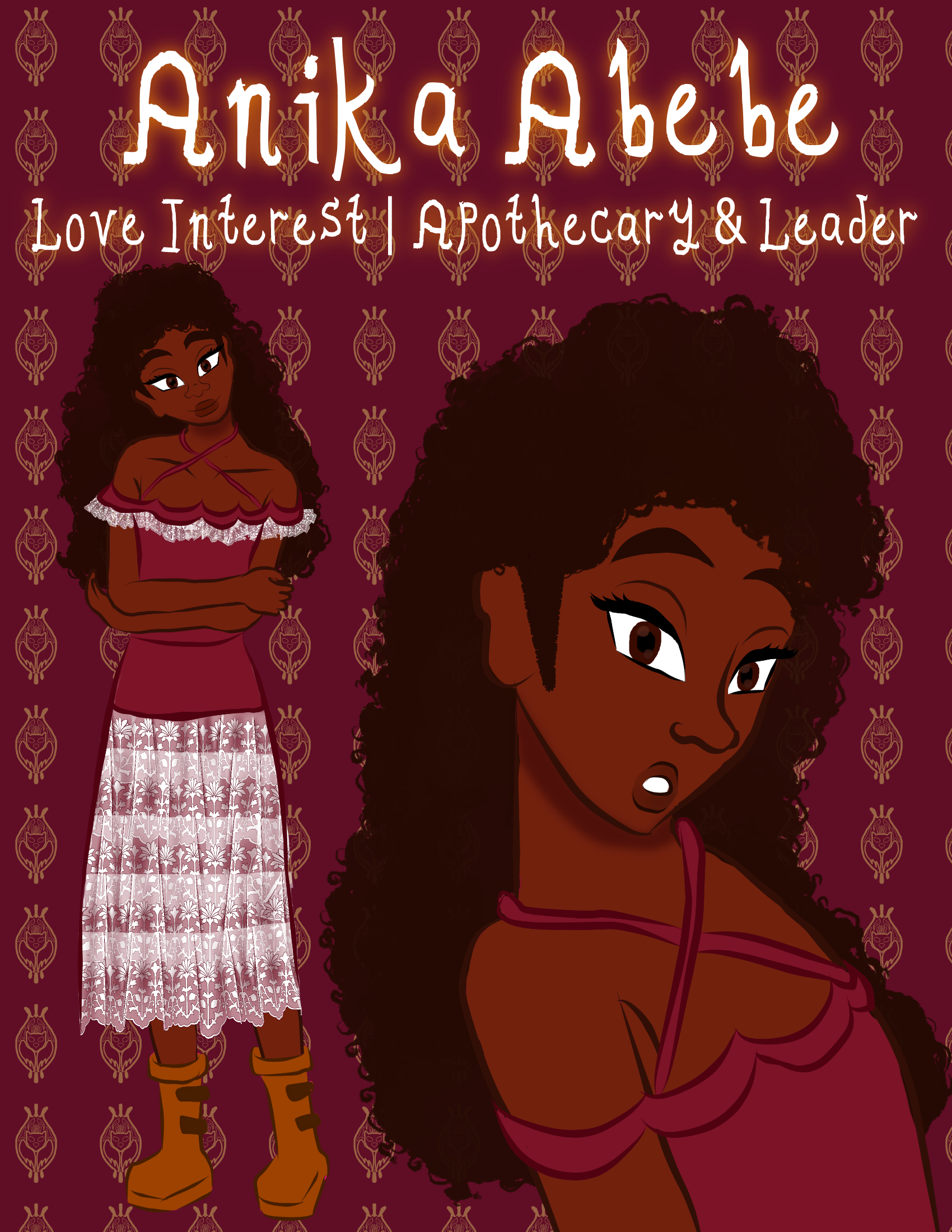 Thank you Deevil and Bob for lending me the streamer edition of the game. <3 Appreciate you both!

Check back here each Tuesday at 12PM CST for a new love interest! I can't wait for you all to meet the ladies.

Introducing this absolutely lovely lady. This is Victoria Blanchett. Despite being betrothed to a wealthy gentleman, she just HAD to accompany her twin Melanie on your adventures. But this prim and proper countess might just have another side to her... 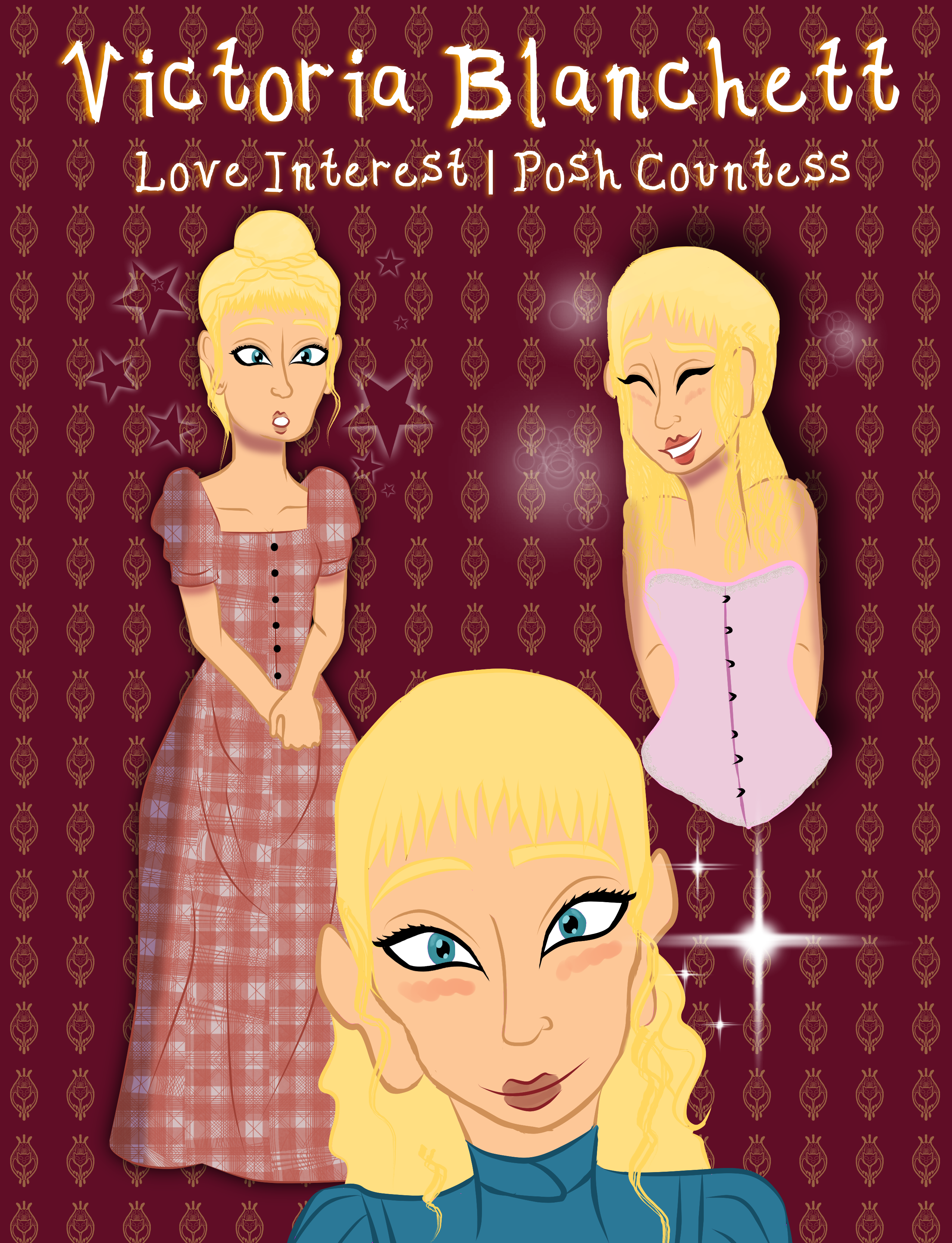 I really like the characters so far-- although as you may tell, not a big fan of tsundere. I loved this concept/parody, as it's really unique. I hope that there will be more interactivity or perhaps QTE in future iterations of this game. Wishing you the best of luck on the rest of your campaign; thank you for letting me know about it!

Welcome to the FEVER game page; thank you so much for being here!

FEVER is an upcoming survival horror RPG/dating sim which focuses on a pirate queen named Pram and her crew who are sent on a mission to figure out what happened to the 14th colony, which mysteriously disappeared over the summer. After a ferocious storm shipwrecks them, they are stranded on the island, and discover that most of the inhabitants have become infected with a disease known as "the fever." The infected are unreasonably violent, have tremendous strength, and are seemingly impervious to many flesh wounds.

With nowhere to hide, Pram and the other survivors have no choice but to band together to try to repair the ship, restore the town, and eliminate the disease once and for all.

Here's my tasks for now:

If all goes well, I plan to release a demo in June; however, game-dev is not my full time job, so it may be difficult for me to accomplish that. I hope that if not a full-length polished demo, an early-access alpha.

Thank you so much for being here to follow the development of this game!

Loved it! Been following the development of the game for a while and it's super cute. Excited to play more and learn about what it's like to live in this sweet little world.

Thank you so much for sharing it with me!

OMG Thank you so much for this guide!!!

Had a blast, and I'm sure I'll continue to have fun with the second episode. Thank you again for a key! <3

OH! I was wondering, I was like "This is such a delightful little friend group; how do they all know each other"

Had a good time playing this one! Had to censor it for YouTube of course, but I provided download link, so I hope others experience the fun too.

We are back, we are better than ever, and we are excited. I can't tell who I want to date first but hmmm Mary? Or do I want the delightful goat-lady. Decisions, decisions.