Haha I love making the visual area of the game, but is also where I get most Nitpicky, so it takes me ages lmao. Also thanks! I'm actually developing a game of my own on RPG maker, It'll take a while for it to be done, but I'll let you know when I make updates! :D

You're welcome! I hope it helps!
Also, I was wondering of you'd be interested about working with an artist (I tried to dm this but i don't really understand Itchios interface haha). Should I send you a DM via twitter?

Great! Will look forward to the updates, then! 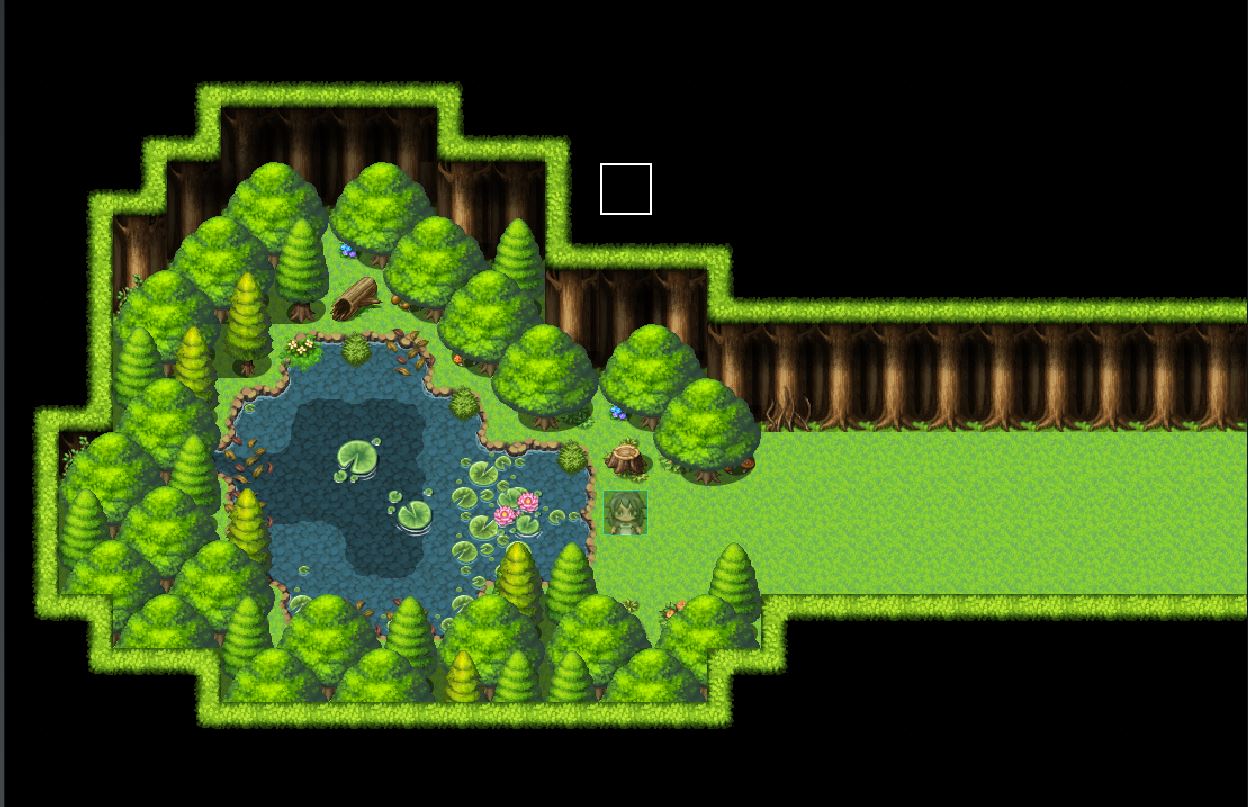 I don't have any of them posted :'D But here's a screencap of one i've been making! it's kinda rough looking tough, it needs a bit more of polish (and better trees lmao)

I really like the whole gothic horror vibe you guys whent for here, and I think that you captured it very well! My only complaint is that the game was a bit too short for me haha, but I have to commend you on the playability of it, specially during the oil part. I think it was a a clever way to include a puzzle without going out of context!
The only change I'd make is maybe paying a bit more of attention to the sound design. Not necessarily adding music as such, but some ambience sounds or footsteps would add a lot to the atmosphere you're shooting for. Also, places like the room's  hallway are a bit hard to find since the entrance doesn't give the aspect of being such; I'd reccomend switch the door location, or adding some small detail that'd make it clearer that it IS a hallway, like a rug or something alike.

Haha I totally get you, 90% of my time in any RPGMaker version has been making maps (even when i'm not planning on make a game). Now that i learnt how to edit tilesets, I've been about 3 days non stop making silly add ons from the vanilla that i'll prolly use like, twice at best :'D

I've got to admit, at first i was skeptic because I thought it was going in a certain direction for which I though some of the details where a bit too on the nose, but it actually ended up being a very pleasant gameplay! I really like the idea of exploring the mental degradation of the main character, and while I often prefer my supernatural explained, leaving the creature, and causes of the hallucinations ambiguous, actually did a great service for the atmosphere.

Overall, I commend you for the interesting concept and great atmosphere! One thing I'd point out tho, is that I'd tone it down with the creepy notes in the bookshelf, for example, a few come a bit too on the nose, and kind of drag me out of the atmosphere. I'd also suggest looking through true crime documentaries (as long as they dont make you uncomfortable of course): I'm a sucker for policial and horror media, and true crime history is a very good source for ideas and plot devices in such genres.

Overall, I commend you for the great game! I look forward to more updates.

I played only the spa ver since it seems like it's the original version. As some others have mentioned, it's good but i feel like the story could have been exploited a lot more. Im really curious about the source of the sounds in the piano and closet, for example, as well as the premise having a lot to give. then again, going too out the rail with the premise isn't good either, so I wouldn't make something huge scale either, maybe with a bit more of lore. Maybe you could also empathise a bit on the sibling's characterization: Annette's love for her brother is very well characterized and I commend u for that, but it'd be nice to have some emphasis on her distaste of her father, at least before the ending of the true route.

The game itself is fun, but i think it would benefit from clearer cues to the whereabouts of some items. I did got the studio and Alain's room keys easy enough, but the drawer and basement where a bit trickier, and I had to look up the later. Small visual or verbal clues could help a lot improving that, and would actually give a bit of puzzle solving feeling to it.

I LOVE the art of the game; Annette's and Alain's icons are gorgerous, as well as the loading screen and ending's illustrations. Also, i have to commend you on the use of the tilesets! you managed to give a nice feel to the ambients and placements, I never found myself thinking "Oh this is an asset flip/premade map with sprinckles on it". It shows that you put a lot of care on designing the maps and the result is really pleasing to the eyes.

The last thing is more on my end, but the child-like characterization of Annette kinda got me out of it when I unlocked the Good end. I get she's a teenager, of course, but maybe next time it'd be good to remark it some way. Not nessesarily removing the toys and gifts from her room (because being fair, i love the toys and gifts tilesets, they're hella pretty for some reason), but maybe you could have her saying that she's called inmature for her age, or show her reacting in a mature way to something in wich the difference would be apparent. Once again, this is my personal opinion, tbh you can skip over this paragraph.

Overall, it's a fun game, and I look forward to see more from you!