I don't have a Twitter account. Could I reach out by email or Discord? I ordered my physical copy directly through Gila when they went on a clearance sale.

I purchased a physical copy a while back. Love it!

Will there be an Errata PDF for book owners or will obtaining the updates require a separate purchase of the new PDF?

>More stuff may be forthcoming for this system – adventure modules, more items and character cards, and so on – if there's any demand for it!

I demand! I demand! 🤓 I would love additional character cards and perhaps an example God-setting.

I'll tell you what I have ended up kitbashing. I have a magical talent for rolling abysmally low for my pc's and oddly high for enemies on a consistent basis. In order to even make it to a d4 objective, I have started using the "Scarlet Heroes" system to read *incoming* damage. Outgoing damage is dealt as written in FOYT. In the event I lose a roll, I interpret the difference like I would a single damage die in SH.  A difference of 1 is negligible; no damage taken. A difference between 2 & 5 results in 1 point of damage. 6 to 9 deals 2 points, and a difference of 10+ deals 4 points of damage.

I promise it's not your system, it's my luck. Ha ha! Even with incoming damage nerfed so severely, my rolls still resulted in sustaining nearly half my total hp in injuries from a single room using a d10 archery skill and d8 bow. 😂 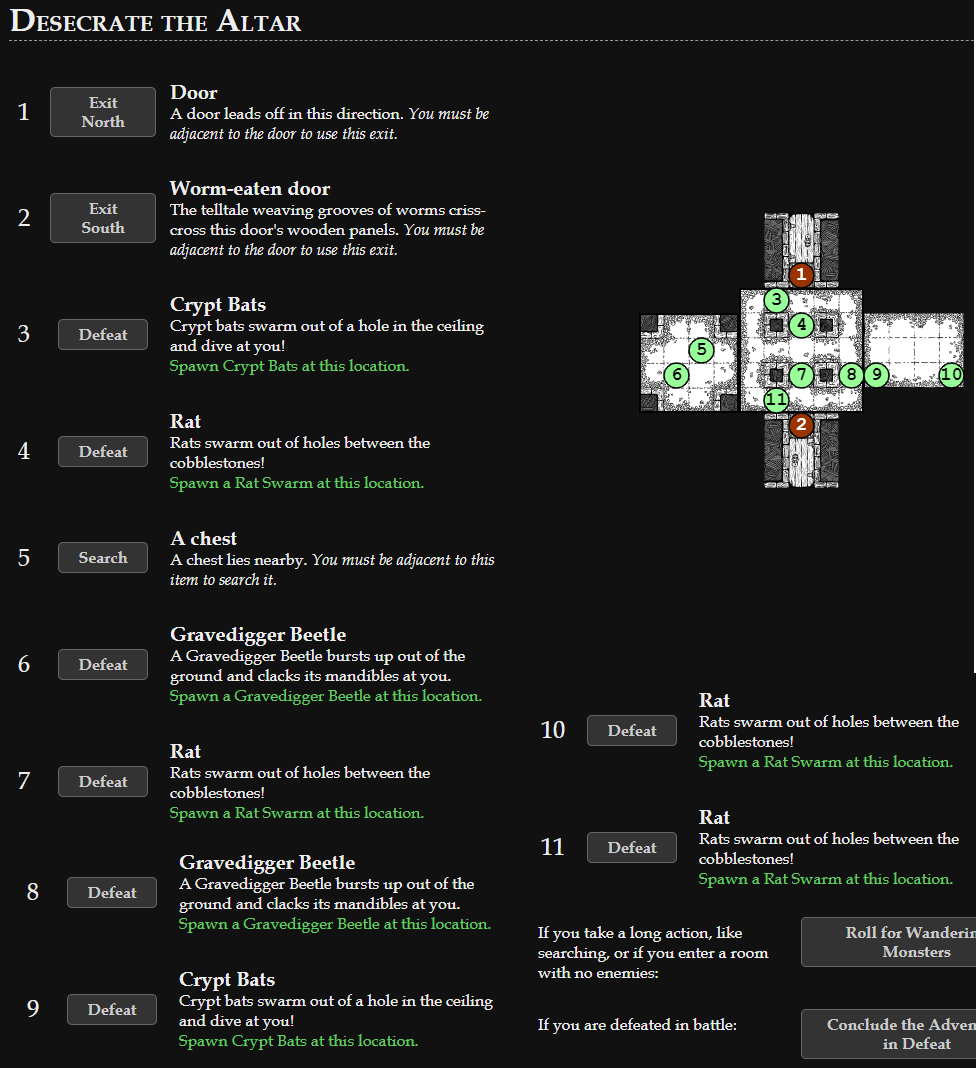 Thank you! This helps a ton! I have another question, if that's alright. Playing as the sample archer in the "desecrate the altar" adventure, my character encountered the locked door before obtaining the key. There is no option in the app to try picking the lock, so I instead rolled a thievery+level check. I had no specifications for the opposing dice and therefore rolled against 2d4 for two reasons: 1.) d4 is the default die chosen when a character doesn't have an applicable trait and 2.) d4 was also my character level at the time. Was that in line with the basic game logic or is there some other way to determine unspecified environment traits?

I'm loving the game! I think I'll try drawing up an inventory sheet to easily track the placement and bulk of items on the character's person. That was a sticking point for me when playing, but it was negligible.