Thank you for this amazing, high quality design. It really adds to the quality of the shitter in my upcoming game

It should, I messaged the guy explaining that I’ve used it in a game and people are streaming it and he said he’s more than happy to remove auto claims on these playthroughs

Yeah it’s because the creator has uploaded to YouTube. I have the rights to use it in game though. All good

Good game, cool concept. The only thing I stumbled across which broke the game was during the opening scene I was able to clip through the mountain line and fall through the map. Restarted and avoided that area 😂

Also a pause menu with a quit option would be beneficial

Other than that really enjoyed it!

Thanks man! Appreciate it! I think the ambiance is really helped by those tree models 😉 😂

I was actually talking with the Mrs today about a prequel. Ran an idea by her and she thinks it’d be taking it too far 😂 maybe one day

More accessibility options will be coming soon. With it being a game jam entry I didn’t know of it have time to implement everything in time but the deadline has been extended now so I’ll be adding a setting menu soon

Sorry for giving you motion sickness 😂

Yeah I need to message the artist. He has it uploaded to YouTube so it autoflags but I support him on patreon so I have rights to use the music in my projects, I’ll see if he agrees to cancel and copyright claims from videos of this game

Hey thanks for playing!

As in completely through the floor into the void below or where it looks like you’re crouching for a second then you return to standing again?

Hey man. Glad you like the series. I’m hoping to do more like it soon and also some 3D first person game clones too!

As for the sprite, I never noticed that line of pixels being an issue myself and its been a while since recording that series now, I think over a year, so I’m not entirely sure what I did to fix it in the videos but you can always grab the bounding box around the spaceship sprite and move it over one pixel in the sprite editor.

Also, a followup episode on spaceship selection is an interesting idea! Maybe it could be its own tutorial but being as generic as possible it could work for this series and any other project

No worries man, I know how to do it so I fixed my version, but you might get a few people complaining about it… Even though it’s free, you know what people are like!!

Just a heads up, when these are imported into Unity they’re defaulted to 100 units on the X Y and Z, to fix this, apply your scales in Blender (select all objects, press CMD/Ctrl+A and apply scale and rotation) then when you export the FBX check the Apply Transform option 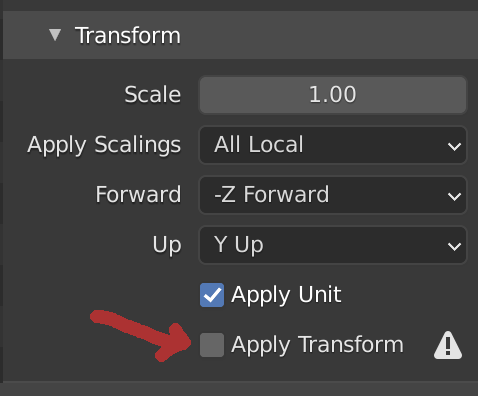 This is the finished product, it was intended as a bit of practice in this style more than anything. I’m currently working on a larger project in this PS1 aesthetic which should have a demo out in May hopefully

Thanks man, appreciate it, based on your feedback is the 1 star review a mistake? 😂

Hey man, thanks for playing! I recently started work on a more complete game which should be released later this year! That should tick off a few of your bits of feedback!

Thanks for playing dude!

Also the hiding was never intentional, it was just a side effect of being able to open and close wardrobes, but a few people have pointed that out so maybe for future projects I block entry if hiding isn’t intended

Hey man. Thanks for playing. Yeah I completely agree with your points. I’ve been saying this a lot recently, but I originally intended this project as a sample / practice / tech demo style thing for future projects and this is the kinda feedback I need from it!

It’s definitely entertaining watching people play the game as it is as a reaction prop but getting feedback to help shape future projects is gold!

Hey, thanks for playing! Yeah it could still do with a little work, I’ll probably cobble together another update at some point soon to fix a few of the bugs and also add a few more quality of life improvements (like a better menu system).

The game was initially intended as a practice project as its my first real 3D / First Person game. I probably won’t be expa ding this particular project any further but I’ll definitely be making more, hopefully longer, PS1 style projects… Hopefully with better endings too 😂

Thanks for playing man! Just an FYI, the bug where you got stuck on the plant should be fixed now!

Thanks for playing dude!

Hey man. Glad you enjoyed it! The face jump scare is actually just a little easter egg. It’s one of Markipliers video jumps are frames 😂

Thanks for the feedback dude! Latest version has been released and the issues you’re referring to have been fixed!

Thanks for the feedback man! The latest version will address the ‘getting stuck between objects’ issue as it seemed to be a larger problem that I thought. Keep your eyes peeled for more PSX style horror games coming soon!

Thanks! Glad you enjoyed it!

Yeah man. Projects created with the assets are fine to sell. Just not the direct assets

Thanks man, just wanted to make sure. Good work

Absolutely fantastic pack dude! $9.99 and I probably have all the sounds I’ll ever need to make any game I like!

Just a quick question, I do YouTube tutorials on game development, are you okay with me using these sound effects in those tutorials? Of course I’d link your Itch page in the videos but I just wanted to make sure you’re okay with that?

Hi everyone, welcome to the jam. Hope everyone is excited!!

Remember to read over the rules before starting your game

I still need to learn all my licences… No idea what they all mean… But do whatever you want with it, no credit needed 😂