Ooooh can I give him a Claddagh ring? Love the moo defiantly would promise to love, honor and cherish him. 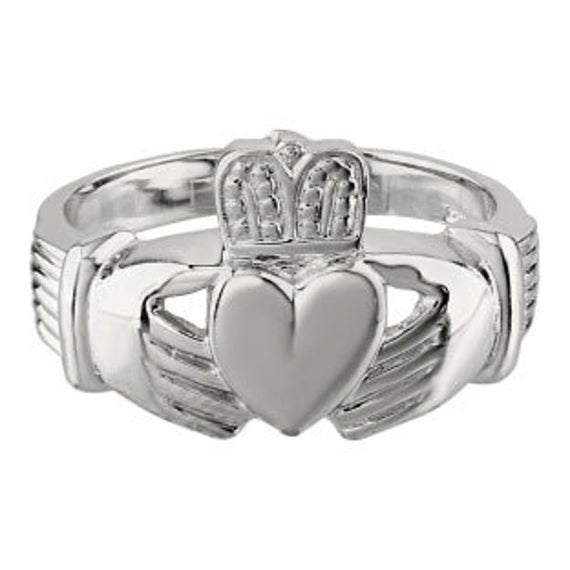 no point, it was mentioned in a lower comment.

Is it just me, or does the first secret password no longer work anymore? It seems as though when I enter it, the game crashes, and if I try and click continue, it places me back into the password input.

Well, it doesn't crash so much as force quits like I'm telling it to. After all, if you know that password, what else did you expect? What was there was a relic from early day testing and in no way was canon.

dean and a bit with tyson

not suicide, even dave when he has the vision says 'there's something odd' about it

but a guide would litterally be just the passwords at this point, i suppose you could make it like the old extracurricular activities ones. Day 1 - say cute - tyson +1 like. But the real relationship stuff is only just getting going everything before bensons death is close to a prologue at the moment. Of course that will change in the future grizz is already putting greyed out options in the early days but right now a guide wouldn't really work.

its said in the bad end a few times (the bad end where you dont put anything in the vault, theres multiple). the hint i can give you is 'how did benson die?'

the benson password? its said in the bad end a few times (the bad end where you dont put anything in the vault, theres multiple). the hint i can give you is 'how did benson die?'

Its a known issue and is fixed in the next build. Incase anyone missed the post when the new build was released grizz would be intrested in knowing what caused it if anyone knows.

yes there is, pretty much if someone dies there's a password for it. At least at the moment that's the case could change in future

I kept oz a secret, best I can do without being too obvious about it is pay attention to Benson and what it says at the vault. The 'what's the worst possible outcome' is a good hint after speaking with Benson.

what difference does it make? I mean he still likes guys but I'm sure there's a convo in the greenhouse between the MC and dean where the MC talks about being gay and I think dean mentions he's bi, but again could be false memories.

thought deans bi, think he said it while talking to the MC in the greenhouse at some point though I could be misremembering

the password is given on that day and is said twice, if your not taking notes just replay the day and keep an eye out

yep the bad end is actually in two parts or at least there parallel to each other, and each has their own password.

I only realised when looking in the tiding of doom gallery and noticed another blank box after bensons, since there wasn't a password after that at the time i fiddled around with bensons vault again.

you're in luck it does go into more depth later, im more anoyed that Oz doesn't seem to know or care that orlando has apparently used the vault. Tho that could be the codeing making him give a generic answer if the word vault is used, not sure about that part.

nope its intended for you to fail in order to progres

10 i believe, mite be a few more that are just easter eggs, that can be entered into the vault before day 6 but im not certain.

patreons are one build infront of the public build, the next public build will be the next day for tyson and dean and thats the one patreons curently have.

the password you need is in the bad ending, you need to use it on the vault the day before he dies. the password should stand out from other words.

nvm it worked on the 3rd time so i can get planks now and im sure i'll find some use for 9 silver powder tho i've just been sleeping with the werewolfs. Now to work out the diabolite thing, the guide said somthing about mining in the pubs basment so guess i'll start there.

saw mill only gives me the option to talk or job, and the only job is hunting wolves and nothing els

This is going to sound very noobish but how do you get building resorces? I would have thought you get planks from the saw mill but theres no option for me to buy them. i havent found an opertunity to activly make them myself either, ive traveled everywhere but still havent found any way to get building materials.

new sprites are in the works -https://www.patreon.com/posts/sprite-reworks-29670294

think there being done on the side along with the updates and will eventually be released with a full overhaul. New sprites will be in the same form and quality as Bensons

People catch on to thing at different rates, some cant comprehend thing that you find simple. That's just people being people everyone is different which can be troublesome. Such as the amount of people who have got stuck on Bensons route, which is a majestic amount, despite every character in the bad end saying the word multiple time one after another and people still not noticing.

Sometimes sacrifices have to be made regarding writing simply to be as inclusive as possible. I don't mean that in the 'dark souls: oh its just too hard for you just say away' elitist nahhaha, way. But trying to make something that everyone interested in it can enjoy means setting the bar to the most common point. (god reading all this back makes me sound so snarky and condescending its shameful that I cant think of another way to reword this)

If the majority cant overcome a certain point in the story, the story needs to be adjusted in some way usually by making sacrifices. Of course the story should only be sacrificed to a point, such as in the Benson bad end, the answer is given is such a way it could be put on a neon billboard, there isn't much more that could be done to make it more clear without just straight up saying it.

These things happen and need to be accounted for but its up to you how far you want to bend over backwards for. No matter the choice when everything is finished up or more complete I have no doubt someone will make a full walkthrough for those who don't mind spoilers so I wouldn't worry too much about it in the long term, as disheartening at it may be in the short term.

deans has them, ty too with the shower I guess. There not fully done as a vote on patreon a while ago was slow down work for fully done images or half do them but increase how much work can be done over all. The CGs getting half done won the vote so there just sketches right now but its worth it overall IMO.

Since a few people seem to have commented im just going to post the last patreon post here, anyone can look at it for free on hiddenwalls patreon.

Alright, so I’ve been seeing a lot of comments floating around about the status of the project and wanted to clear some things up so not to leave you all in suspense waiting and wondering when the next build will be. For reasons I will not go to in depth about, this has been a bit of a hectic year. Some of it financially, some of it mentally, some of it simply based on how much time I even have to dedicate working on the game. This becomes especially true for me with the start of the holiday season around the end of October  as I work in retail. What this means is that I pretty much haven’t touched the game since around the end of October. It’s a thing that just happens during this time of year where I become busy and even more tired and unmotivated to write or work thus leading to procrastination and lethargy.

Now there is no need to get too worried. I’m not going anywhere, I’m not canceling the game but I am taking a short break from it. If anything it’s more like a hiatus though one that In actuality started all the way back in October. For those looking forward to the next update I’m sorry to keep you all waiting for so long. I plan to continue working on the game here and there in my spare time of course but as for really focusing on getting this next build out there, I won’t be dedicating my free time until at least February and hopefully from there getting the build out by March. If things change I might get it out sooner or hopefully not later but for now there is a time to expect an update.

I thank you all for your support and comments. once I’ve gotten into a more stable position I’ll be right back to getting updates back out there. I can assure this next one will be completely different from the others I haven’t written thus far.

'H' key to hide the hud in renpy games, so you can admire them

Probably, Tysons bad ending dean acts odd and they say it looks like he was attacked by a bear and deans bad end is the only one that isn't caused by another. He just accidently forgot to wash his hands, all other bad ends are murder but not his.

managed to get all but two to work, so they are useful. two of them are useful for filling out the tidings of doom with benny

patreon is one update ahead but that's all really, other than patreons also getting some input on the project with their feed back

Seth has one doesn't he? I mean it's a dream but its still NSFW gay sex

its fine, I can just wait till the next time it gets updated. if I try going into the actual files it says its either an un known format or damaged, so the problem could just be something interfering with the files when I download it on my end so i'll leave it for a while then try again later

no archive found, I've downloaded it multiple times and get the error every time 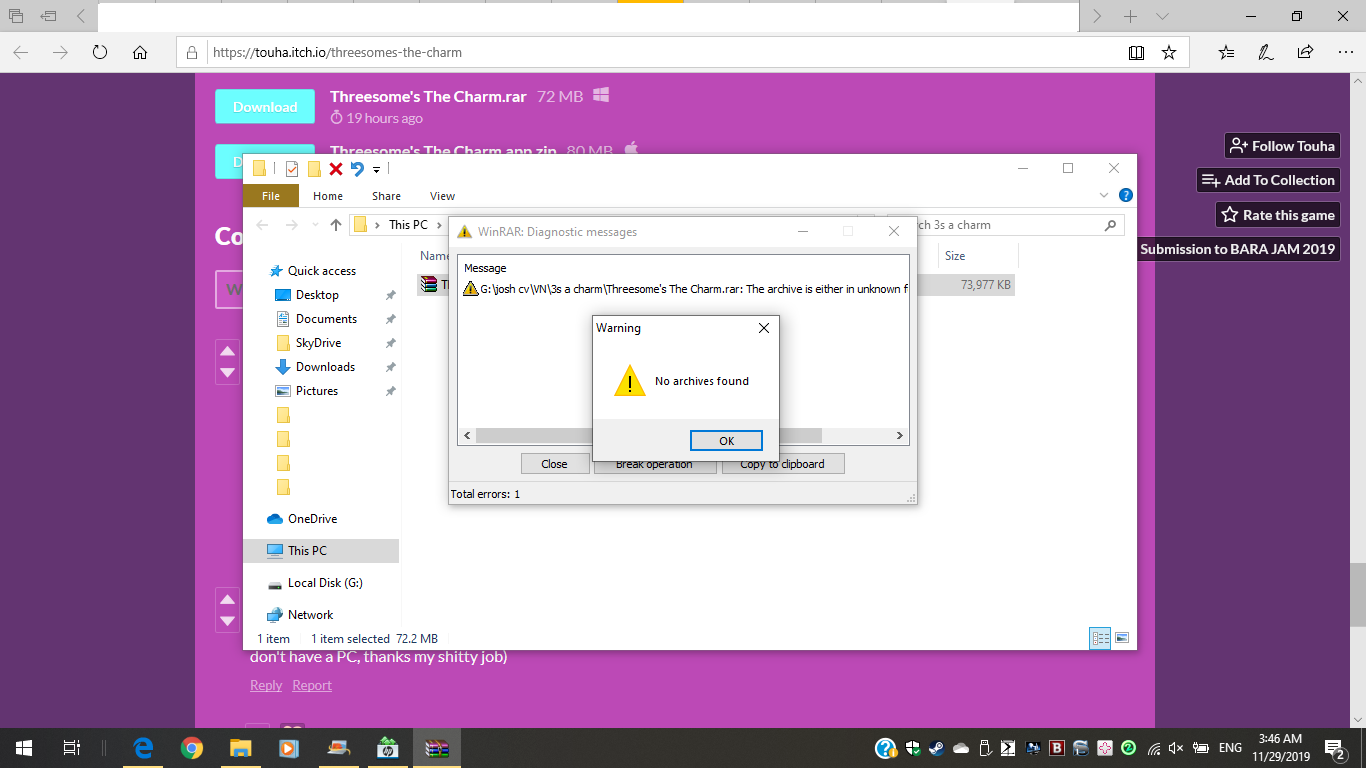 is it just me or is the windows link broken atm?

Love the art style. This project reminds me of 'tavern of spear', their doing something similar and they get around the leveling being a slog issue by having fetch quest to supply a merchant in exchange for gold. While fetch quests aren't the most engaging it does give some motivation to grind a bit when necessary also the fact the merchant flirts a lot so getting on his good side's a bonus. link if you want to try their public build for some ideas or just to see how they're handling problems you mite come across: https://www.patreon.com/CaroZalt/overview