Otherland
an interactive visual novel where even if the world was perfect; nothing truly is.
Carillon Nightmares
Visual Novel

I've noticed the majority that have been leaving ratings, have not  been telling me what they didn't like. Don't forget that if you leave a rating, to leave a comment so I know what you think! 🐣

Thank you for doing a let's play of my game. Yes, I am going for a bittersweet, pessimistic story rather than an optimistic one. The game's theme sticks to life having it's ups and downs / never being perfect or fair. It doesn't stop the characters from having good moments, however. It wouldn't be any fun if they didn't win sometimes!

I'm used to loud music and sounds, so I'll try to turn the music down in the future when the songs are on the louder side. I know there are a few very loud songs in the game and I'll fix the volume in-game. Another way to solve the volume issue in the meantime is to alt tab out and turn your volume down until I can finish the full version of the chapter!

Thank you! I did put a lot of work into researching royalty free music. Thanks to the H/MIX website (where the soundtrack of Mad Father and some other RPG maker games come from - Akiyama is literally one of the best!) I was able to find some of the best foreign royalty free music makers! It really helped set the atmosphere for the game. 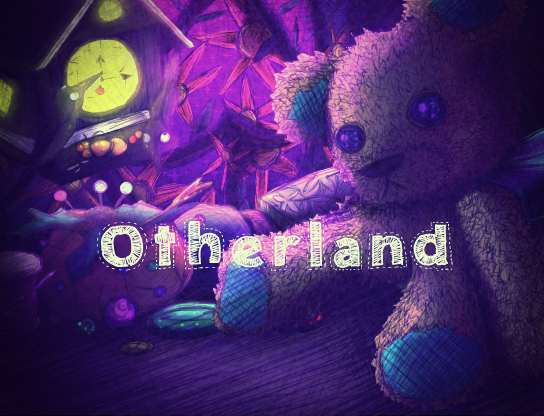 Otherland is an interactive visual novel made in RPG Maker VX Ace. It is a whimsical horror based on Alice in Wonderland (book) and inspired by other horror titles like Little Nightmares, Fran Bow, Ib, and Pocket Mirror, while still having its own personal charm. It tells a story about how nothing can be ever be perfect and perfectionism isn't always perfect - this includes life not being perfect itself. That no matter how beautiful paradise may seem, it still has its flaws

Gilbert Warrens was abandoned at the doorstep of the Kingsman Orphanage as a baby by his mother, Meredith. As his thirteen years tolled by, he came to saw things that no one else could see, except him. Creatures, spirits who lived alongside the people of London. No matter how many times he told the other oprhans that there were these odd things around them, they all pegged him as a liar or insane.

So, he and his only friend, the young demon faun who watches over Gilbert's good health, are left together to share their lives in the orphanage. Until one day, the circus beyond their wildest dreams comes to town square. A circus of magic, a circus of wonder - The Circus of the Paradise. El Paradiso.

I signed up for this site today to upload my game and I was super confused when this happened. No one responded to my thread, so I'm happy to see that it's not just me.

I'm trying to upload images on my profile and screenshots for my game. The files are under 3 MB and I'm supposed to release the game today, but I'm not going to be able to get anyone to look at it without the images. Help!