Hey there, I'm sorry to hear you two can't open the game! Just checking, do you have your security settings set to allow apps from the app store and identified developers? 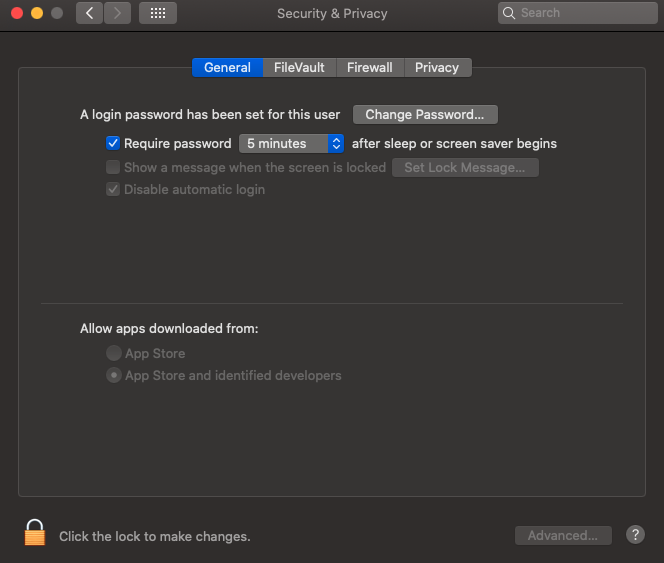 Hey there I realized I accidentally categorized the art book as an "executable"! It should be fixed now -- could you try downloading it again?

Hey there, sorry to hear you can't open it! Are you trying to open it through the itch app? It can't be opened through there -- could you navigate to the game in Finder, double click the icon, and drag it to the Applications folder? If not, could you let me know what happens?

Actually, are you trying to open it through the itch app? Could you download the game on your computer and try those steps there?

I'm sorry you can't open it! Have you tried double clicking on the .dmg file? It should open the file you need to drag into the Applications folder. I don't have a mac I can test it on rn so let me know if it works!

Unfortunately it's not dropping until noon Pacific time, so there's still some more hours to go! But I'm glad you're excited!

Hi! I just wanted to say that I agree with your critique of the AAVE usage -- you're being very charitable assuming people weren't talking about AAVE appropriation back in 2017, but they were and I was just ignorant! It's something I regret and would do differently if I were making the game today (among other things like using less ableist language).

Unfortunately because of all the translations that are tied to the lines of text in the game, it's very easy for me to accidentally break it even by making small changes like this. But I'll be more mindful of these issues in my future games, and do my best to keep improving as an artist and a person. I hope you understand!

Does nothing happen when you press the Z button? (The controls are in the Read Me file in case you didn't see them)

there's a fanmade android port! it's linked on the page

Thanks for the info! I just noticed from your first post that you're running a version of the game where switching to Portuguese was more buggy! Could you download the latest version from the game page and let me know if that works?

Sorry you ran into this! Could you tell me what language you tried to switch to? Also, do you remember what the situation was when you tried to change it? (From the title screen before starting the game, while playing the game, etc?)

If you're not far into the story, I would change the language from the title screen and start a new game.

Sorry to hear you're experiencing this issue! I haven't heard of this one before...Have you tried right clicking your desktop and going to ‘Display Settings’ to check if the zoom is set to over 100%? If that doesn't work, I'd try resetting your screen resolution in the control panel

Thanks for reporting the error, I'm so sorry you ran into it! I think I've fixed it in the newest version (2.19). It's currently up for PC and Linux, and should be added for Mac by tomorrow. If you redownload it, your save files should still work.

I'm sorry to hear you can't play it! What does the error message say when you try to unzip it? Are you on the latest version (2.12)?

I think I've fixed it in the newest build (v2.12)! Thanks for reporting it, please let me know if you continue to encounter issues!

Sorry to hear you ran into an error! I think I've fixed it in the newest build (v2.12) -- please let me know if you continue to experience issues after downloading it

Sorry to hear you ran into an error! I think I've fixed it in the newest build (v2.12) -- please let me know if you continue to experience issues after downloading it

Sorry to hear you ran into an error, it sounds like I accidentally introduced a new one recently! What does the line of code say? Also, what operating system are you on?

Ah yeah, by moderator I meant the game page's moderator (the creator)! It wouldn't be feasible for community moderators to deal with all that

I’m getting those same ones the past couple of weeks. I dunno how viable this is, but maybe a rule where new users can’t post more than 5 links on game pages per day could help? A really involved solution would be a game page option to require moderator approval before comments appear, like on amazon reviews

Hi there, thanks for offering to translate it! Please message me on either my twitter or tumblr (which are on my profile page) so I can send you more details!

Your comment makes no sense because the sexuality of the characters drives the plot in a meaningful way. Play the game before making an ass of yourself next time

It sounds like you might be trying to play the game without unzipping the .zip it comes in. Make sure to unzip it into a separate folder first! Let me know if you still can't open it!

Hey guys, the old Mac version of Pom Gets Wi-Fi no longer works on newer OSes! There's a Mac-compatible port of the game in progress right now, you can play a mostly-complete version of it here. It's not totally polished yet, so please let me know if you run into any problems with it!

It sounds like you might be trying to play the game without unzipping the .zip it comes in. Make sure to unzip it into a separate folder by right clicking -> Archive Utility! Let me know if you still can't open it!

Sorry for this ultra late response! If you're playing the game on Mac, can you try the first answer listed on here? http://brianna-lei.tumblr.com/PomFAQ

I'm planning to sell a little Pom Gets Wi-Fi merch on an online shop in the next one or two months!

Unfortunately, the review was so long and boring that I didn’t make it to the end. The amateurish writing style read more like someone talking to himself for than an actual review. This indie game reviewer has somehow has never heard of IndieCade, a major, well known indie games festival, and instead of googling it like a regular person with common sense, he called it “full of shit,” demonstrating that he is incapable of doing the basic research required to be a game reviewer. This combined with other uninformed opinions including his belief that Unity is an abysmal engine (a common myth believed by normies with no background in game development) suggests that he’s a...a normie. Oh no...

Yet another major turn-off in the review was his section equating expressing gratitude toward critique to being a “mainstream shill” instead of a sign that a person actively listens to feedback and strives to improve. It’s clear through the review’s quality that this bizarre mindset has stunted the reviewer’s growth as a writer and as a human being.

Overall the review is unappealing, unnecessarily long,  and lacks even images to make the experience more bearable for potential readers. I’m unsure why “Kratzen” was so proud to present this (as proclaimed at the top of the review) because I would have been truly embarrassed to be associated with such an uneducated,  diarrhea-like stream of consciousness.  I hope the author learns to do research, discovers how to write more concisely, and realizes that if he ever wants to write anything worth reading, he should drastically alter his way of thinking.

You can message me on my Tumblr or Twitter (they're both on my profile page)!

Yikes! Yeah, I've seen people have this issue on other renpy games before. Could you try this?
1) Delete the game folder
2) Delete your saves (they are usually in your /user/ folder)
3) Re-Extract the game into a new folder

I haven't seen this suggestion before, so just in case people are unaware:
Because Tumblr only allows certain whitelisted sites to be shown in Tumblr's tag searches, linking to itch.io games in posts currently causes that post to become unsearchable.

Patreon, AO3, Etsy, and some other sites have been whitelisted so that they are linkable, but itch.io isn't one of them. This makes it harder to promote games. For example, if I were to post "Kentucky Route Zero is on sale here! (itch.io link)" and tag it with Kentucky Route Zero, if you search  Kentucky Route Zero tag on tumblr, the post has a very high change of not showing up.  Plus, a lot of fans will include the game link on their fanart because they want to spread the word, only for their art to never show up in the tag and not get seen by people.

Some more detailed posts explaining this:

I've gotten around this with redirect shenanigans, but almost no one knows about this!

A lot of content creators have been calling out Tumblr on this hurting them, but nothing's changed. It would help game devs a lot if someone with more weight could talk to Tumblr and get them to add itch.io!

That's really odd, what does the error say? Could you check if it's a permission problem? If the user is using a guest account or something that doesn't have write permission to wherever the save directory is located something like this might happen.

Sorry to hear you're running into this, this is caused by older/outdated graphics card drivers! Could you check if your graphics card drivers are up to date? Also, certain older graphics cards like the Intel HD Graphics Family card won't be able to display those parts of the game. If you're using that, you'll have to play on another computer :(

Thanks for the suggestion! I will try that.

Several people have reported that they're unable to buy my game, even after trying multiple times on different days. The error looks like this:

This is a very vague message, so I'm not sure what's causing this -- Some people are able to buy my game, this is only affecting a few people. If anyone could shed some light on this I'd really appreciate it!

Thanks so much for going out of your way to post this, reading comments like these mean a lot to me!! I'm so glad you connected with the themes and enjoyed it!!