Cool game – I bought the Steam release; but you should know, “Enemies” only has one “n” in it. – It seems in a lot of places you have spelled it as “Ennemies”.

I agree. This took me a bit to figure out.

This game has legs. It feels like it could be a 9.99 Steam Game.

If you added gamepad support, I’d buy it for sure. – It’s a disability thing for me, I can’t use the keyboard/mouse for super long periods. – Not asking for anything special, just let us move a cursor between the squares on top and bottom, and use A to grab or something… I think Unity has a way to bind keyboard and gamepad to the same inputs so it would be easy to test and implement.

Would also be nice if we could see the properties of dice by hovering over them when they’re already on the board (right now it only shows their properties if they’re still in your hand).

Maybe add a couple of unlockable characters with slightly different starting hands/stats? – Or maybe a special ability? – Maybe a few more bosses or something…

I’m on Windows 10, and right now, it seems like we can only zoom out (and we can zoom back to the default zoom), but we can’t zoom in, so the objects are very tiny, and I can’t see the details (this is the maximum zoom). 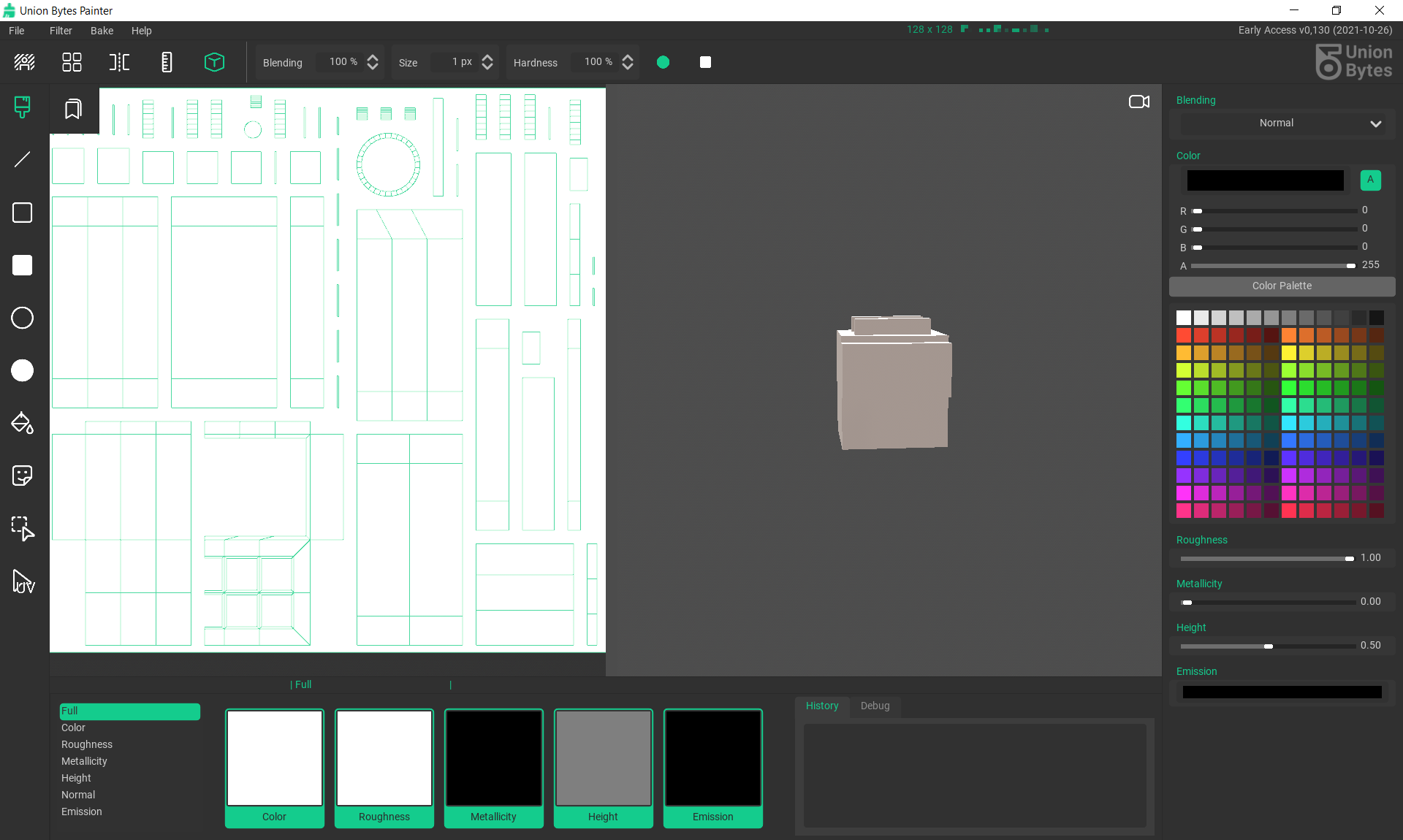 Feel free to delete this comment, but there is a typo I think, it says “Testet” but should probably be “Tested”.

Yeah, that’s why it’s in the Game Assets section.

I love the Momodora games! – These are great assets. Thank you for sharing them!

That makes sense – someone told me on discord also that you have to stop on the marker, so that might have been my bad also. – By the way, congrats on first place! Well earned! 👏🏻👏🏻👏🏻

It keeps going berzerk, says it’s going to kill the next guy, but it never does.

The game looked really nice and the intro was super cool – but the gameplay struggled a bit – like the car was really swervy and mine eventually just got stuck and couldn’t move anymore. Also, getting to the destination doesn’t do anything, the timer just keeps counting down. – Is this unfinished?

When I try to extract it, I get: “Error in packed file AnomalousDemo.rar”.

Can you verify that the file matches what you uploaded? – And that the uploaded file extracts everything without errors? – as is, the “Content\Paks\HorrorEngine2-WindowsNoEditor.pak” file won’t extract for me.

What is “Kommunity”? – is there something behind this or attached to this? (Hopefully, it’s not political?) – is it just a fun name?

Is there a discord server, or a youtube channel?

FYI your Unity Asset Store links (under “Featured Assets”) appear to be broken as of 6/8/21.

Hey Kenney, are you planning on making a Community page for this tool (like with forums and stuff – similar to asset forge) where we can share feature requests and bug reports?

Right now it seems to be impossible to put more than one color on the same tile (like if you do a cutout shape, you can’t keep the base color, it just puts a hole in your shape – and we can’t right click fill to erase a section, etc.)

Also it would be neat if we could define our own custom cutout shapes, and if we could mirror in X and Y at the same time (for super symmetrical objects, like health packs).

Nice. I love this aesthetic.

Background: So I have a VR game – it was originally a product of a game jam – but it got a lot of love from folks, including several people asking me for a paid version with more levels and features. And I’d like to do that, but I have questions.

What I would like is for everyone who already has the game (whether they donated money, or got it for free) to continue to have that version of the game, AND any future paid updates (yes, if they grabbed it for free during the free period, I want them to automatically also get the paid version when I post it.)

I’ve seen in the comments for other apps, where the author went from free to paid, people who previously had it were complaining that they can’t access it anymore, and the author had to ask them to send an email to get the issue fixed. – I would prefer to avoid that, because I don’t want to leave people hanging like that (especially if they happened to already have donated money to me!).

I got stuck in the walls a few times in the maze level, and I realized it was because I wasn’t centered in my play area. – But overall, it was good, and I had fun. – Nice work, Toby.

It says the zip file is invalid – can you check that the file you uploaded isn’t corrupt?

Very cool game. – Please add deadzone for the gamepad controls though. It’s very annoying to let go of the joystick and have the player tiptoeing to the right! Makes it super hard to shoot people to the left of you also…

Doesn’t seem to run in Desktop Chrome. It just loads and then there is a black screen forever. – All my adblockers are disabled, and I’m not in anonymous mode. Cookies are enabled.

The only thing in my error console is “18-miho-adventures:1 Uncaught (in promise) DOMException: screen.orientation.lock() is not available on this device”.

Neat style! Hope you get well soon and can finish it.

I never implied otherwise. I just said you had to pay for them.

I would just do the same thing I do today – vote them off first – they end up muted. – If someone is a rude, don’t play with them.

“Free” – it has targeted ads, and you can pay to have them removed. – Either way there’s DLC that you still have to pay for (like pets).

Please add voice chat – and support for gamepads. – Those would be two huge quality of life improvements.

(Mobile devices support both, by the way, I regularly join a Bluetooth headset or gamepad to my phone or tablet, and it’s not big deal – Xbox gamepads are bluetooth, and there are even some gamer phone cases [and gamer phones!] that have gamepads built in…)

As for match making, you could use whether or not a player has voice chat turned on as a match making filter/variable – so that players with similar settings are more likely to get binned together.

Oh! – In that “Textures” folder. – I see – I confused myself because the custom cube & mats that I posted had relative paths to their own “Textures” folder, so I thought you were talking about that one before.

I hadn’t even realized there was a root “Textures” folder (next to Collections and Scripts).

And so, it sounds like, if there is a texture in that folder, then it can be applied to surfaces using global UVs? – That works for me.

It’s lame that importing objs with custom textures doesn’t work, but at least there’s a workaround. 🙂

Hey, and by the way, thanks for taking the time to explain all that to me, I appreciate it. 👍🏻

I understand. Thanks for the consideration and thoughtful response though. 🙂

I’m confused by your other response to another bug – where you said you removed texture support for custom blocks in 2.1.1? – So is this fixed or is the support removed?

Yeah, I mean… I’ve got the texture in a textures folder right next to the mtl and obj, and it loads up just fine… it’s just the CTRL+Z doing weirdness…

That’s kind of sad about the removing texture support – I was excited when you mentioned that there was global UVs. – It’s fine though, I can always use solid colors in the tool and then apply textures after export.

I know supporting a new platform is a big ask, and also there’s the “if you give a mouse a cookie” thing; because as soon as you make this available, the android bug reports will come streaming in, no doubt…

But even if it’s just an experimental version with low-priority support (or even no initial support), that would be super cool to me, even if it was just a raw .APK download.

Android tablets have gotten really powerful, and really cheap, and they almost all support mice and keyboards via USB or Bluetooth now. (Like seriously, no touch controls is fine IMO.) – Some phones let you dock them and use them like a desktop computer (Samsung dex). – It’s an exciting time to be alive, huh? 😉

So, yeah – I think there’d be a lot of value long term in supporting Android – but also, there’s some near term value for folks like me.

Also, in the off chance that it helps (because you’re probably already aware of all of these options), but: in Unity (Asset Forge is made in Unity, right?), if you turn on IL2CPP in your “Player Settings” options and then check the 64-bit Arm option (which should be available after you turn on IL2CPP), the build will take a little longer, but your C# will run fast on Android. – Also, I noticed that using the “Incremental Garbage Collector” really improved performance for me on Android as well.

Also if you turn off most post processing (except maybe MSAA which mobile chipsets are surprisingly good at), and force textures to be 512x512 (with ASTC or ETC2 compression, which is just a setting on the publish menu in Unity), I bet things will run really well.