Pipe Run!
Fix the pipes in this watery labyrinth before the valves burst!
BannisterMadhouse
Strategy
Play in browser

Pipe Run! is a puzzle/strategy game where you have to fit the pipes together fast enough so that water can flow from one valve to the next.  Have you got what it takes to become a master plumber and reach the top of the high score table?

Some pipes can be rotated, others dragged.  When the time runs out, the valve bursts, or you can click the valve whenever you're ready.  There's also an inventory you can drag pipes in and out of.  You'll need to fill that inventory as you go, you'll need those pipes later!

I started developing this a year ago.  I was inspired by an old 1980s game I used to play on my BBC Micro as a kid.  I have completed the first episode (aka level) and it's been available at https://bannister.itch.io/pipe-run for about a month now.  I have lots of ideas for new episodes and ideas for new devious and interesting puzzles, but I wanted to know whether people think it's worth spending more time developing this?  In the month that it's been out, so far there hasn't been a great lot of interest in the game.  But then I know it's tough out here, getting people to even know your game exists on the face of the planet!

It's hard to guess the percentage for how complete this is.  Depends on how many episodes that I will ultimately come up with.  But some ideas include:

- Ancient Egypt.  Perhaps at times you will have two sets of pipes to worry about, water flowing from two different places.  Perhaps there will be traps that you need to avoid.

- Stone Age.  Perhaps this time the pipes are more like hollowed out and halved logs which tip and change angle as the weight of the water flows along them.

- Space Age.  Water is a weird alien colour and low gravity changes the speed at which the water flows downwards.  Perhaps some other puzzles that involve alien physics.

- Hydroelectric plant.  The water comes rushing in from a river and you've got to get it round to the generators to produce electricity.

- Steam engine.  Guide the high-pressure steam round to the engines.

- Coffee Machine.  A miniaturised level where you're fixing the pipes inside a broken coffee machine.

Anyway, here is the first episode, please try it out and please come back and tell me what you think!  All comments welcomed.

Are you smart enough to figure out how to complete the first episode?

I've now released version 1.3.1 of Pipe Run! including a "lite" edition in HTML for the browser.  The game is also available for Windows, MacOS, Linux and Android.

This is a retro-style pipe logic game with a modern twist.  Move around a labyrinth fixing pipes as you go before the pressure builds up too much and the valves burst.  Get the water safely to the end of the level to complete the episode.

Reply
Pipe Run! community · Created a new topic How far did you go?
BannisterMadhouse1 year ago

The game only has one level at the moment, called "Episode 1: London".  This episode has many rooms, each of which has a name displayed in the bottom-right corner.

Let your fellow gamers know how far you have got by posting the last room name that you reached!  Can you reach the end of the level?  Is there more than one way to succeed?

Versions are now available for Windows, MacOS, Linux and Android.

The first episode of a brand new pipe puzzle game is now released.  Can you rearrange the pipes fast enough to get the water around a labyrinth of rooms before the time runs out?

This is my first Itch.io game and the first game I've created with GDevelop.  I started it last May and it's taken ages to finish so really pleased to be showcasing it now.  I'd love to hear your feedback and I very much hope you enjoy playing it.

Windows only today but versions for Linux, MacOS and Android will be coming out this weekend! 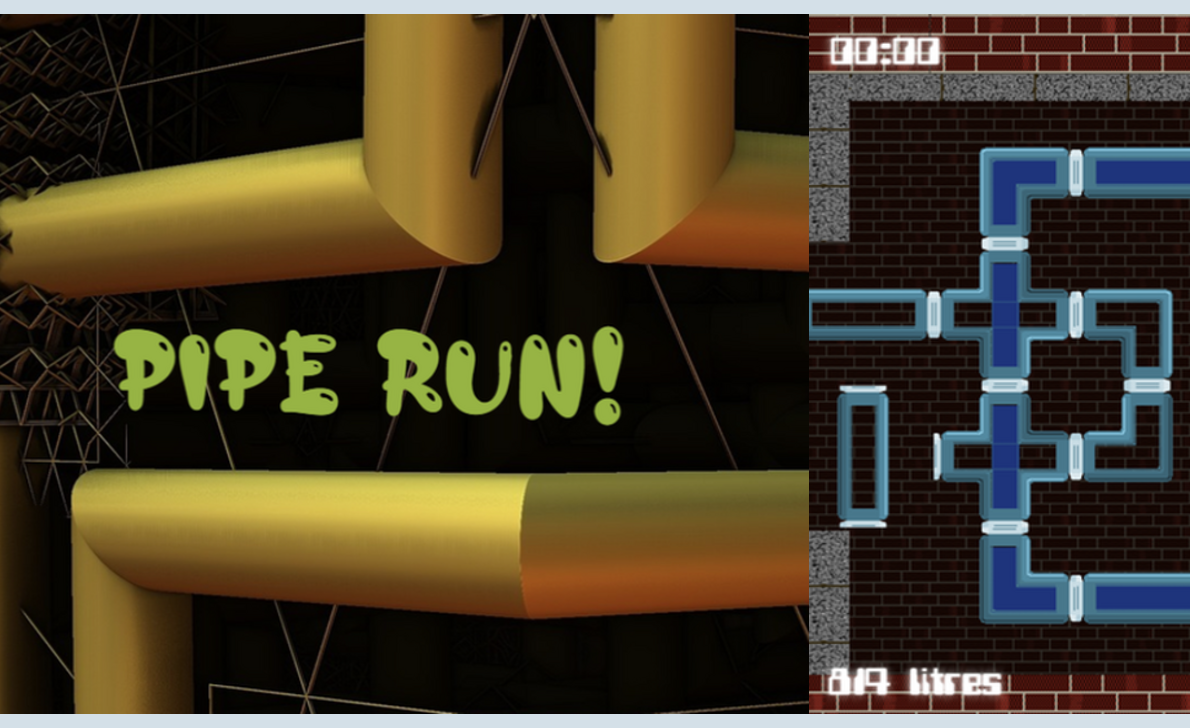