hi!! can you clarify what you did for each route? one route requires that you attack all the monsters on the tutorial screen, and the other requires not attacking any.

yeah agreed,  as the creators, we didn't realize at first because we were used to it, but the movement is definitely noticeable for outside players. thank you so much for your feedback, i'll definitely watch out for that in future games! ^_^

REVERIE is a  short pixel platforming game made using Construct 3.
it's now available to play for free! please check it out. > > > https://artsy-vii.itch.io/reverie< < <

in REVERIE, you play as Nara, a sleepy child who goes to bed and finds that she cannot wake up from her dreams.
something...someone is making her stay. but what? who?

equipped with magical jumping and boo-ing powers, Nara must find out what seems to haunt her...and must learn to let go. 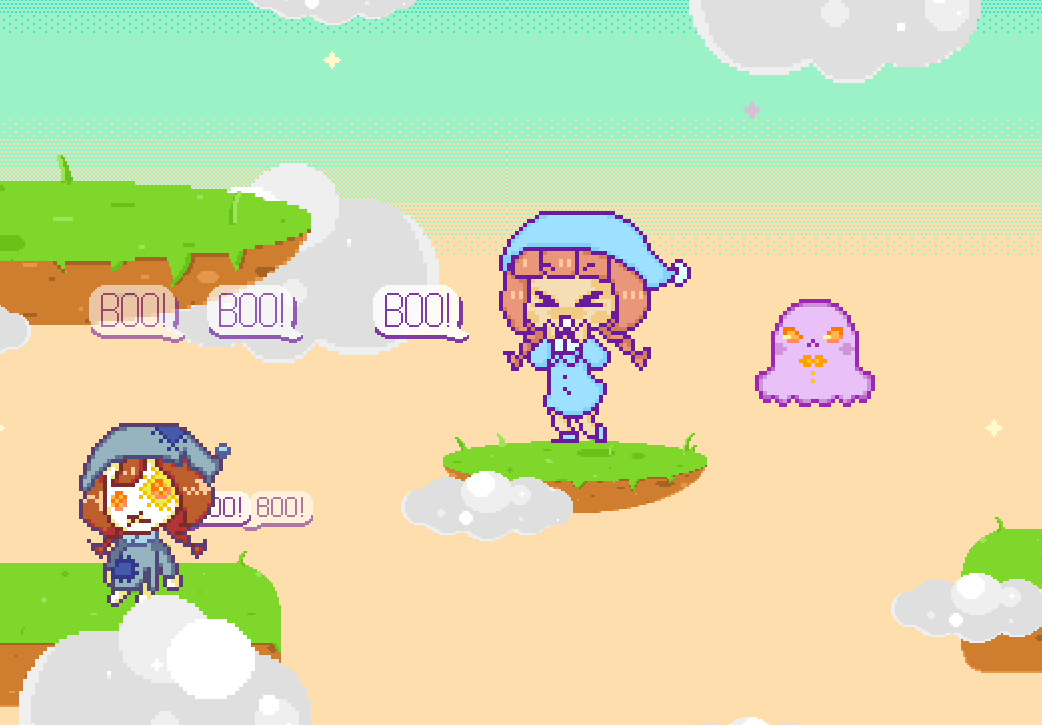 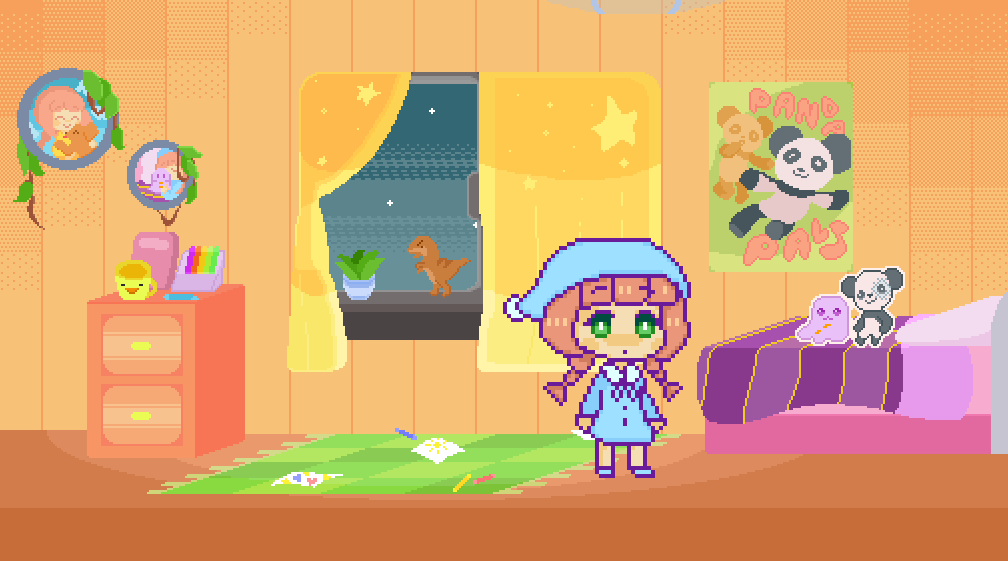 background: my partner and i wanted to try making a game that doesn't have a too deep meaning to it, but would still hint at themes that growing children and teens might happen to resonate with.
(also, we just simply love pixel art. :D)

the game only takes approximately 10-15 minutes to complete. there are two possible endings, so have fun aiming for both!
sweet dreams!

delphinus is a interactive fiction game made using Twine.
it's now available to play for free! please check it out. > > > https://artsy-vii.itch.io/delphinus < < <

"In this realm, we are constellations—dwelling above the skies that we once thrived beneath." "And most beings who come here...know why they come here. They've left actions and words unfinished, unheard...but they refuse to set themselves free."

"Do you wish to know how to leave this place?" 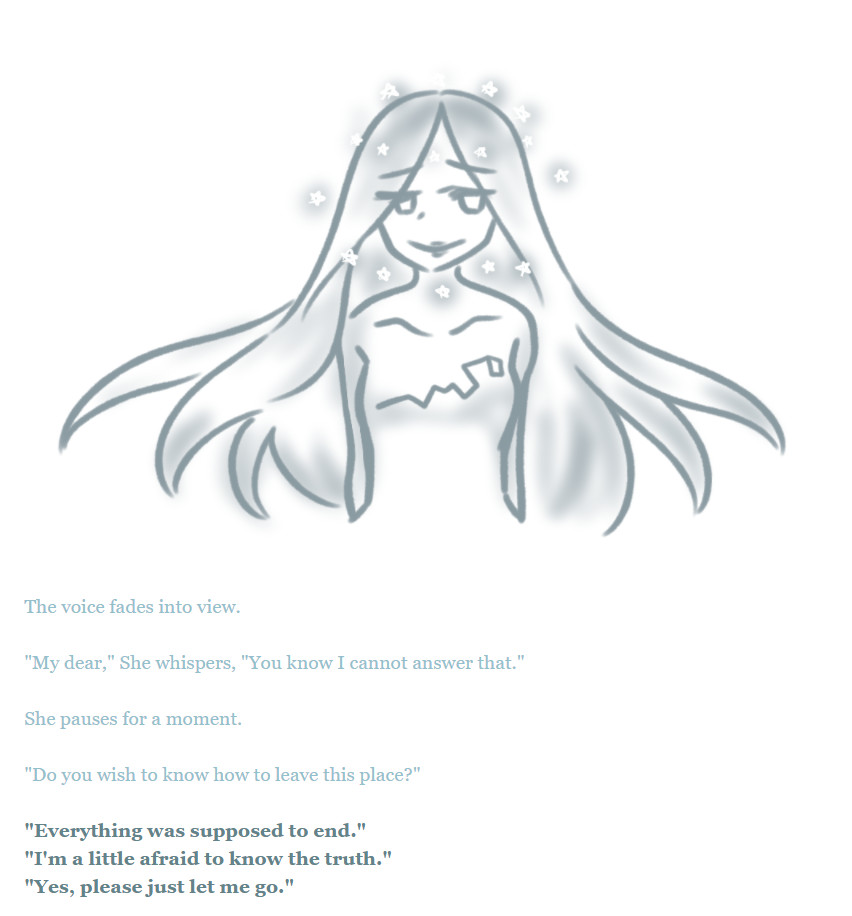 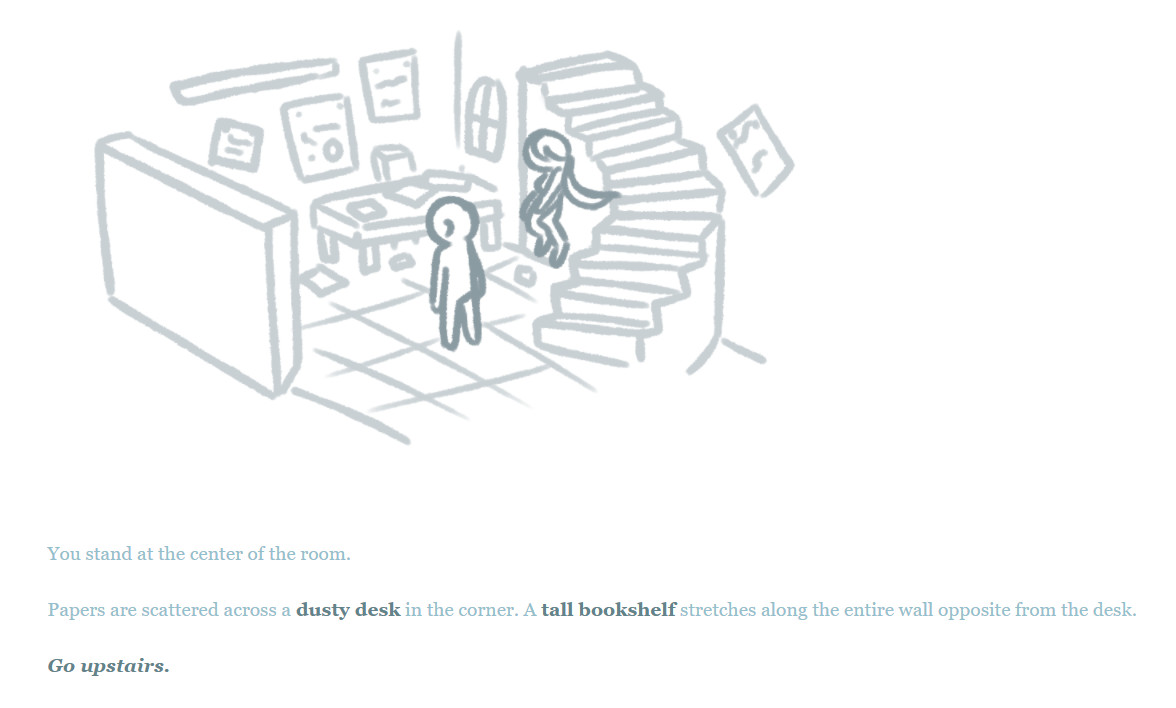 background: i've always been fascinated by stars, and the concept of how constellations aren't exactly "real". constellations are merely man-made maps to define clusters of stars, but i wanted to play on the idea that there really are stories behind each of them. more specifically, i wanted to dive more into the mythology.

the meaning of delphinus: "When [Poseidon] courted the nymph Amphitrite, one of the Nereids, she resisted his advances and took refuge among her sisters. Poseidon sent messengers to find her and bring her to him, among them a dolphin. The dolphin found the nymph, soothed her and brought her back to the god. The two were later married. Poseidon decided to honour the dolphin and placed his image among the stars."

now to find out how that meaning applies to my game, well, play it and find out! ★