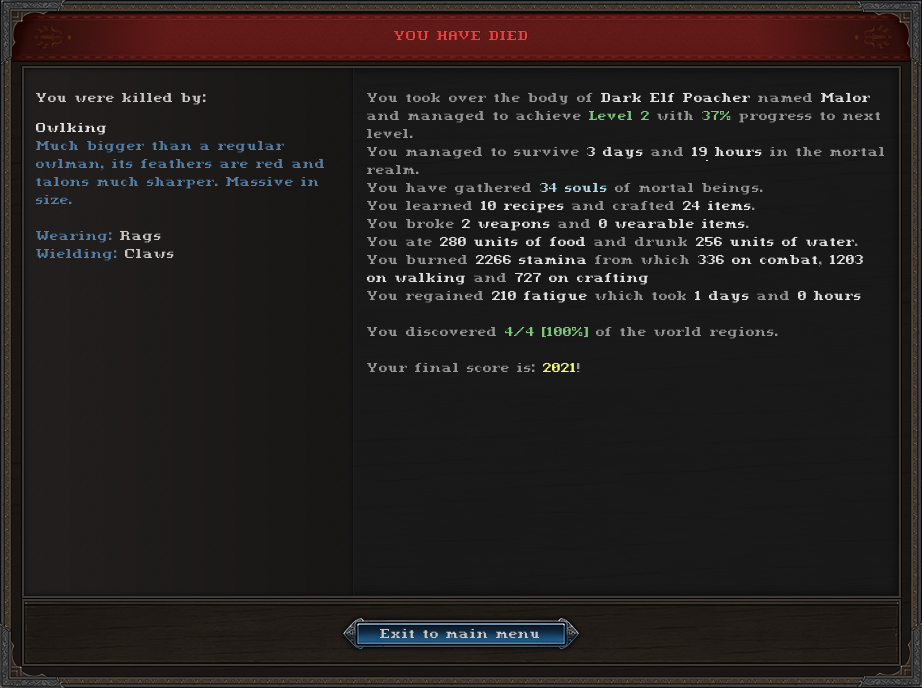 I suggestion: Add a "Times game crashed" counter.
Approximately 10 times for me.

Sorry for the crashes, I thought I resolved them since I didn't see any new crash reports. Can you say some more about when did it happen? Did the game load fine after that? Did bugsplat show up and were you able to report it?

Seems it was (most of it?) something about the game messing up two identical items (Slightly worn Bone spears?) doing something with one of them affected the other in some way, and any further attempts with them caused the game to crash.

Yes, the game did load fine.

Yes, bugsplat did load, but I did not report anything. (I do assume that something that show up within the first few minutes, is already known.)

I tried a second game, it was very short. Got killed during sleep. A bit disappointing to not wake up while being attacked, and it was from full health.

A third try. Got quite quick through the first part, and then things stopped in a strange way. I was curious to see what happened when starving to death, which resulted in that there suddenly was no limit to stamina. I did try to sleep anyway, and death occurred during sleep.

But the in game time did keep running, and thus the numbers at the score screen kept changing! With the final score jumping up and going down - I did let it run for a little while, and over all it seems the score rises slowly while being dead. 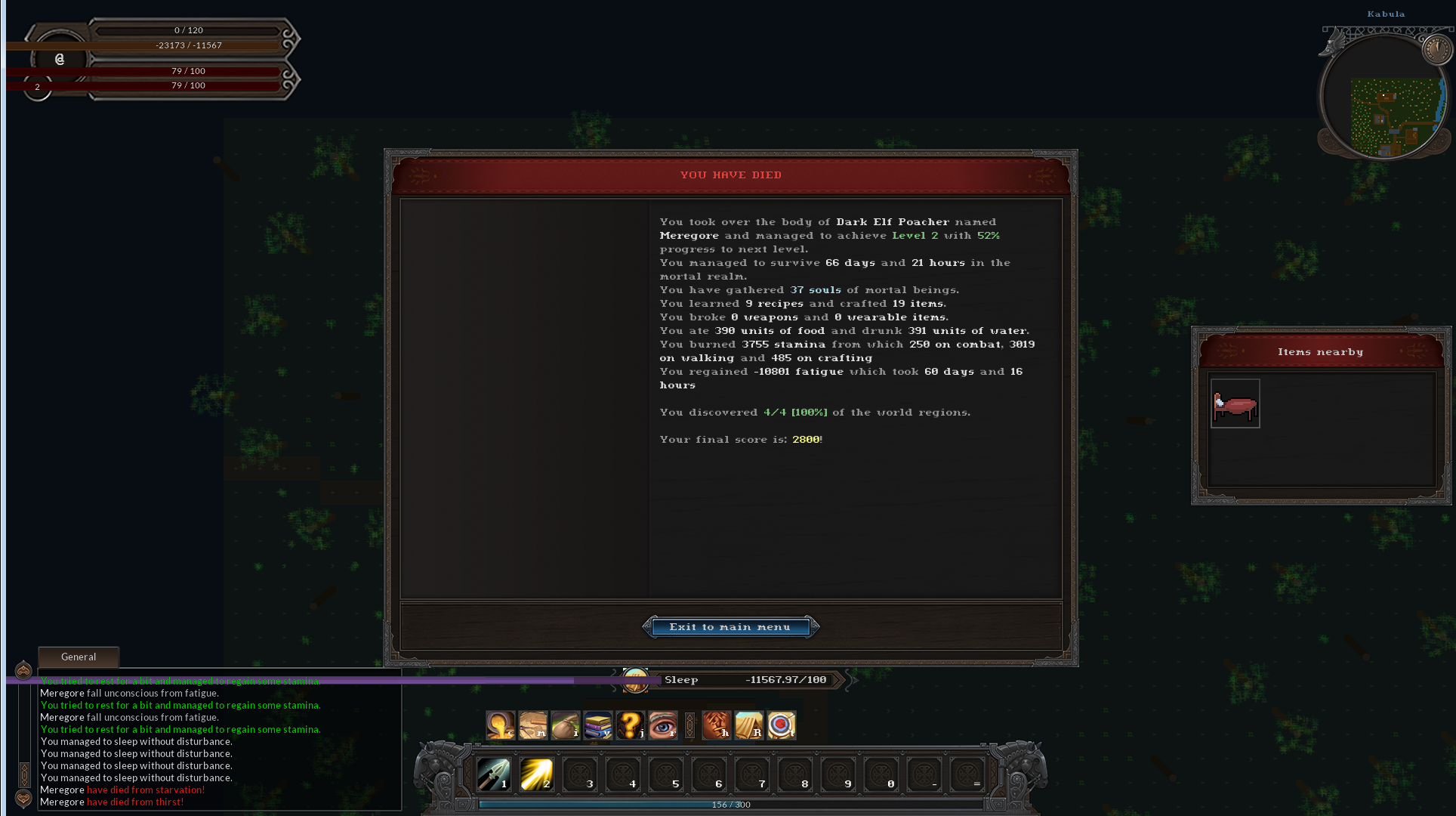 I think I know about the item taking two slots, I have it on the list of things to resolve.

As for the sleep, the character should have woken up. There was a bug related to skill usage (maybe Owlking or Magnus skills didn't woke you) which is now resolved, but might have not been deployed. Another issue that might have caused this was "rest until full health" action, which will be resolved in the next version also. It moved the time forward too fast and even though the stop happened, it was probably too slow.

As for the things stopping this seems new, could you tell me more about what happened? Were you able to move cursor and yellow border of the tile, take any actions other than sleep, open any windows or was the game completely unresponsive?

Thanks for detailed explanation and screenshot!