Looks cool :) I'll have to check it out later!

Finished! I think I've seen everything there is so far, I might be wrong. But what I did see is excellent so far!

Is the test supposed to flash "garbage" before it shows up? Because when I move on to the next bit of text, green lines or writing or pictures flash in the text box before the text appears. If it's intentional, I have no problems with it. Sometimes the character busts got discolored. I took a few screenshots of what I mean, and I could put them up if you want. But basically there's a few green blocks of shading on the characters' faces. Other than the game lagging momentarily here and there, there's no other bugs.

Now! The puzzles are good. The underwater one was my favorite I like to call this kind of puzzle "the laguna race puzzle". These are my favorite kind! For the locker puzzle, that was good too! I'd not seen something like that before, it was fun to figure out. It would be very cool if there was like a Logic segment where Leroy figures out the truth of Lillith, Isaac and Izzy, liar-truthteller style.

The areas of each person looked good aesthetically. Pity there wasn't flavor text, to examine your surroundings! Though it would be bad to dilly dally in the school. The Rage Cage was fun, I actually liked that part the best. I really took a shine after the bar scene.

First I tried to clear Quentin's part without exploring, and I failed the Depth Knell (if I remember correctly its name) again and again and again. Until finally, at the comments I realized I could explore other areas, and got Primadonna's cards! And I beat the Depth Knell after losing only one more time :p. The fight was difficult but fun, and not rage-inducing like when I so foolishly tried to fight with only Quentin's and Leroy's cards.

I would say all of the characters had traits I recognized but were not irritating. Lillith and Isaac were cold, but it was well-done, and believable. I like them a lot, Lillith especially! Her way of death, though...harsh. What a way to go. Quentin was shy, but not obnoxious. And Primadonna was fiery but not condescending.

At first, I thought the White Marks would be ones who committed suicide, but nope :p. I am eagerly awaiting to see how Leroy will get them and everyone out!

Wow! Thanks for all of the notes ^^

Those errors do sound bizarre, I haven't heard of them happening before.  If you kept the screencaps, they would be very helpful if you could send them via PM on twitter, discord or here.  Would you by any chance be playing on an older computer?

And I'm glad you enjoyed the game ^^

You're welcome! I always try to leave good comments on game I truly like. And I have screenshots of the green boxes, but not of the flashing text. When I play through the demo again (because I totally will) I'll try to capture that. I can give you the screenshots I have when I come back from work.

I played this game on my 2014-bought desktop. :P It runs windows 8. I had many other things open at the time (Chrome, various programs, etc) so it's possible they conflicted. Or maybe the game works best when other programs are closed. 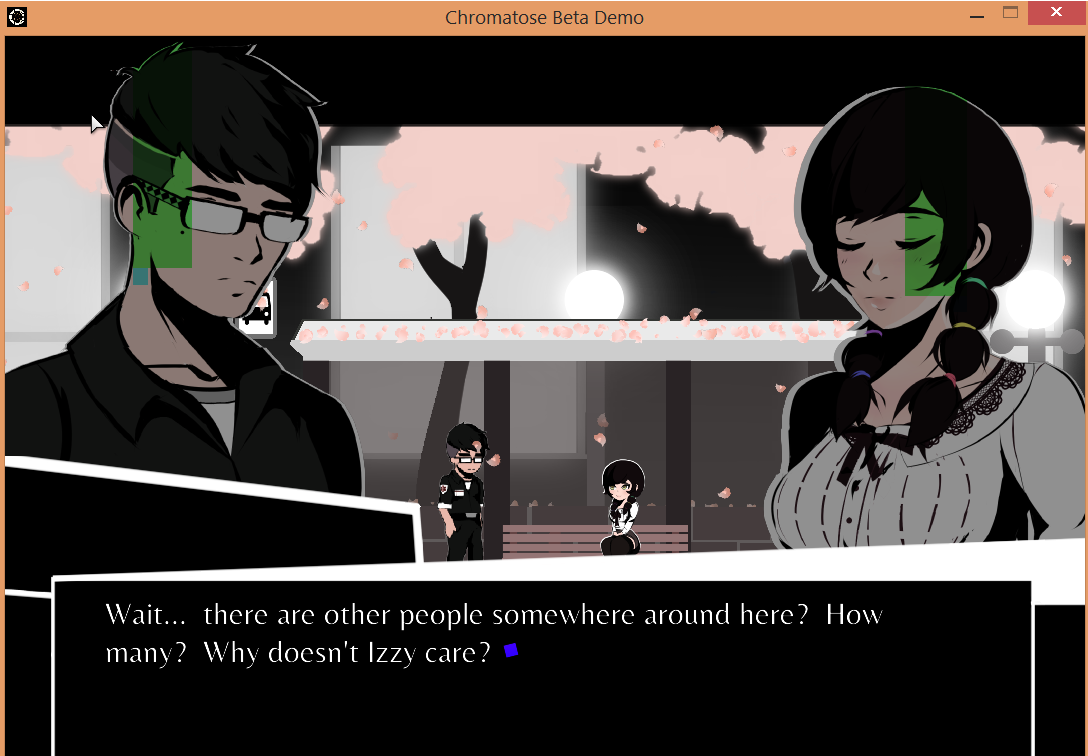 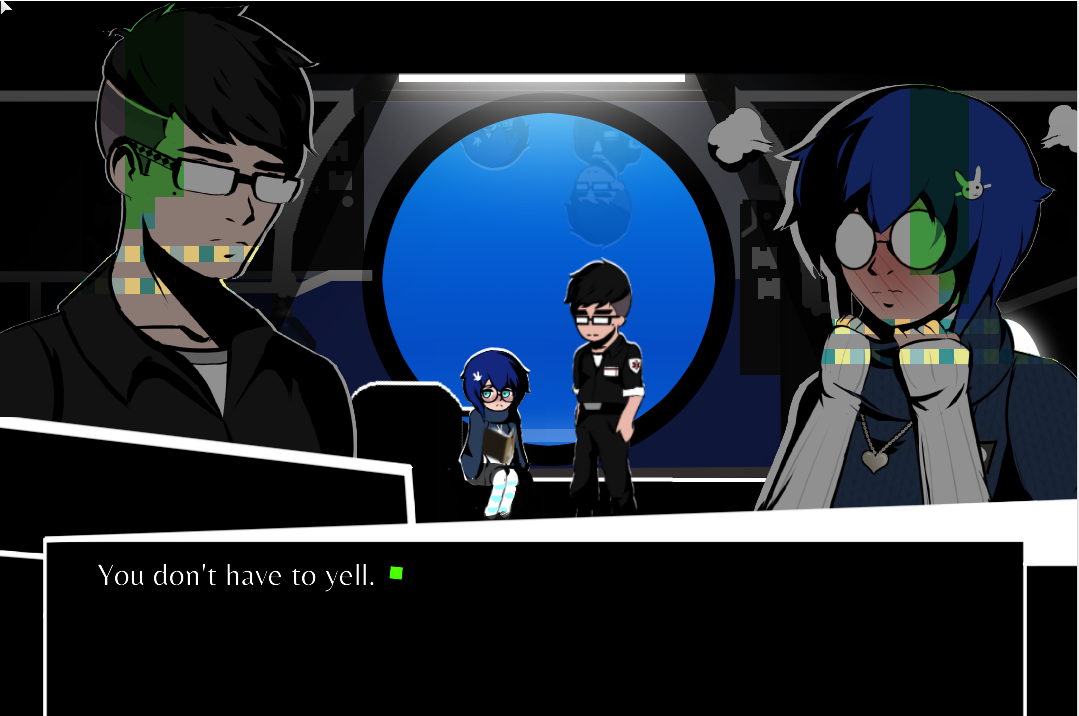