Thank you for pointing this out, Francisco! You are correct. It is because the file doesn't have a digital signature yet.

We have updated the executeable and it should now work better. Give it another try and tell us if it works better now or not! 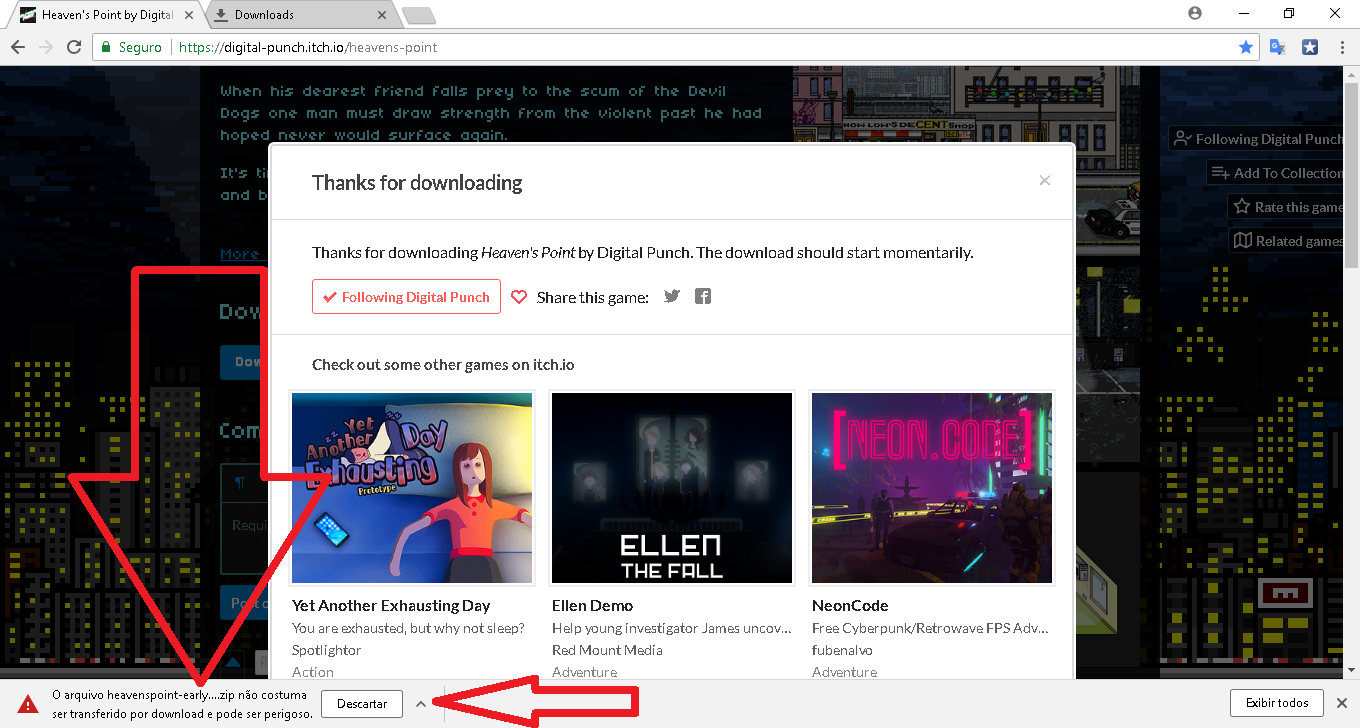 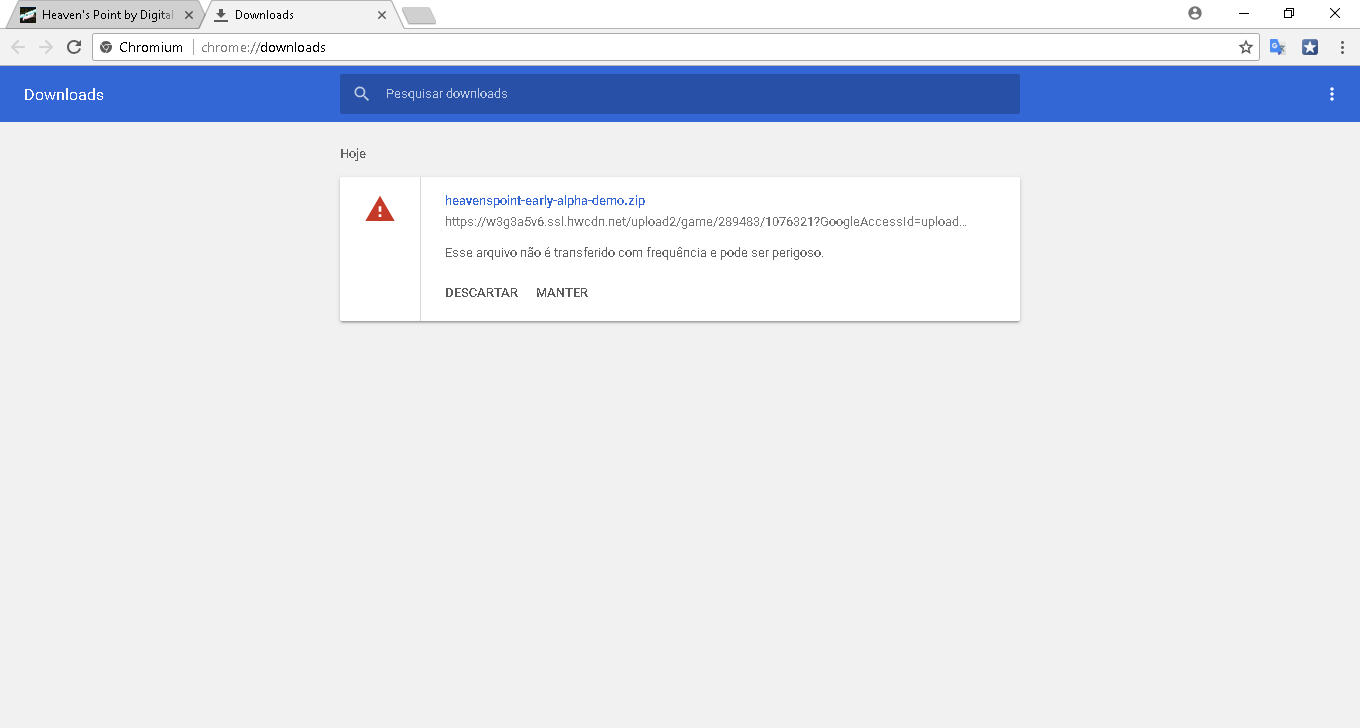 I liked the style of the interaction menu, I remembered the game "Full Throttle".

I do not know how I got past the boss, I thought I was going to die. It was creative to leave the boss vulnerable with a punch to the penis. Hehehe!
After killing the boss, I went to the store to buy food to make a living.
So I went back home, tried to open the refrigerator to eat and recover Life.
I tried every possible alternative, after a long time realized that the shower water recovered to life.
So I went out looking for new missions, I killed a lot of people and used the cell phone to call a taxi. Hehehe, it was tiring. But it was funny. I hope the new missions have unexpected and funny things.
Success!