So the horizontal milling follows the contours of the canvas. If your canvas has sloped walls (i.e. draft angle) then it will follow that The Pocket Milling operation contours the Contour Z height you specify and uses that to generate a set of cuts down to the Max Depth, at Cut Depth increments for each cut level.

The Medial-Axis Carving, Pocket Milling, and Profile Milling all derive a contour from the canvas at a specified Z plane, their Contour Z. For a pyramid this means that a higher Z means a smaller square will result for the cutpaths to be generated around.

The Horizontal Milling operation, in contrast, does not use a fixed Z plane that the user specifies to generate its cutpaths. Instead it generates multiple planes of cuts that conform to the canvas at each of those planes' Z depth.

For example, here's the canvas I'll be demonstrating with: 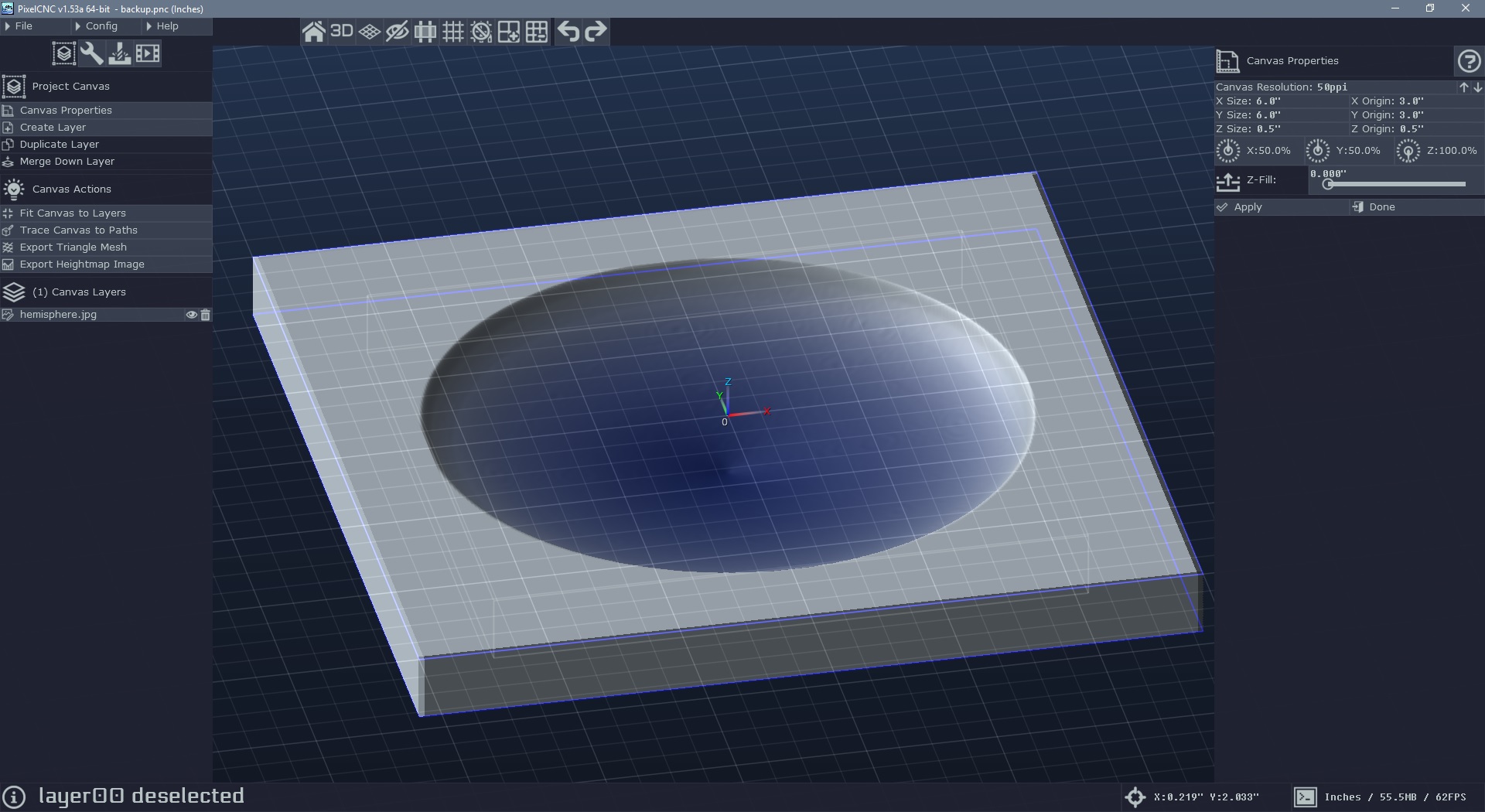 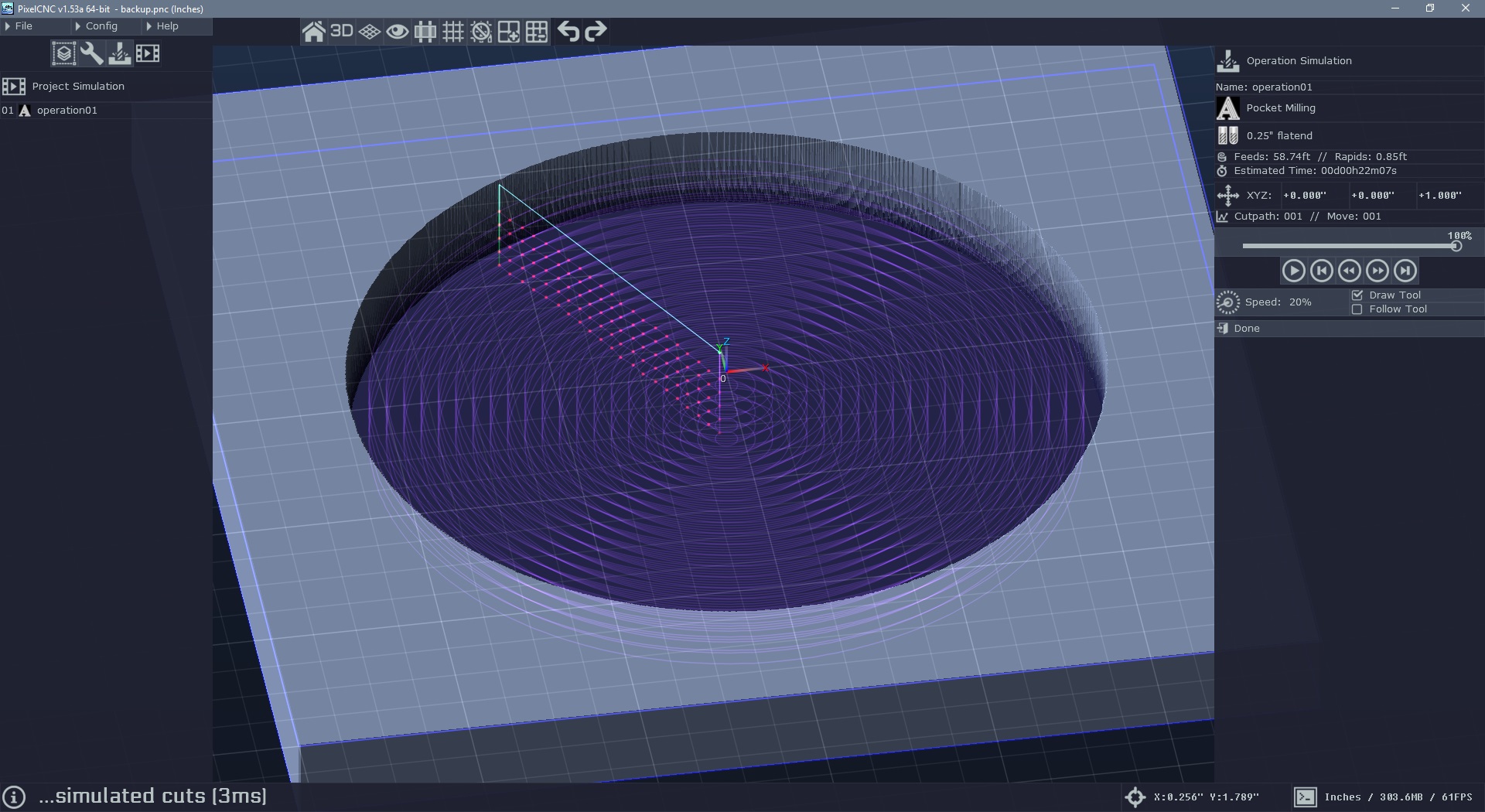 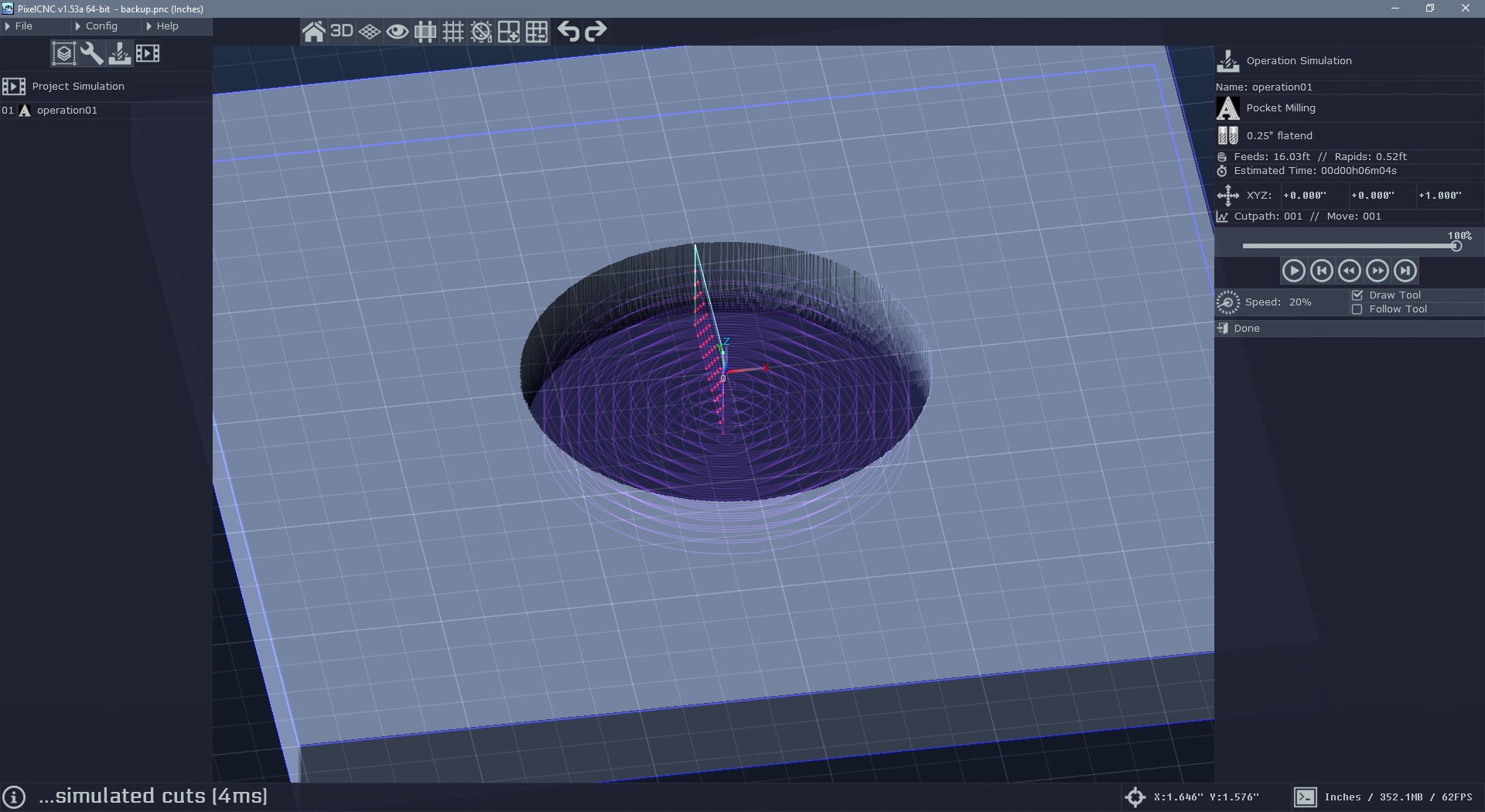 The Contour Z parameter is what is important to the three operations I mentioned.

The Horizontal Milling operation, by comparison, will adhere strictly to the canvas (along with whatever Leave Stock is included, but for demonstration purposes I'm using a Leave Stock of zero): 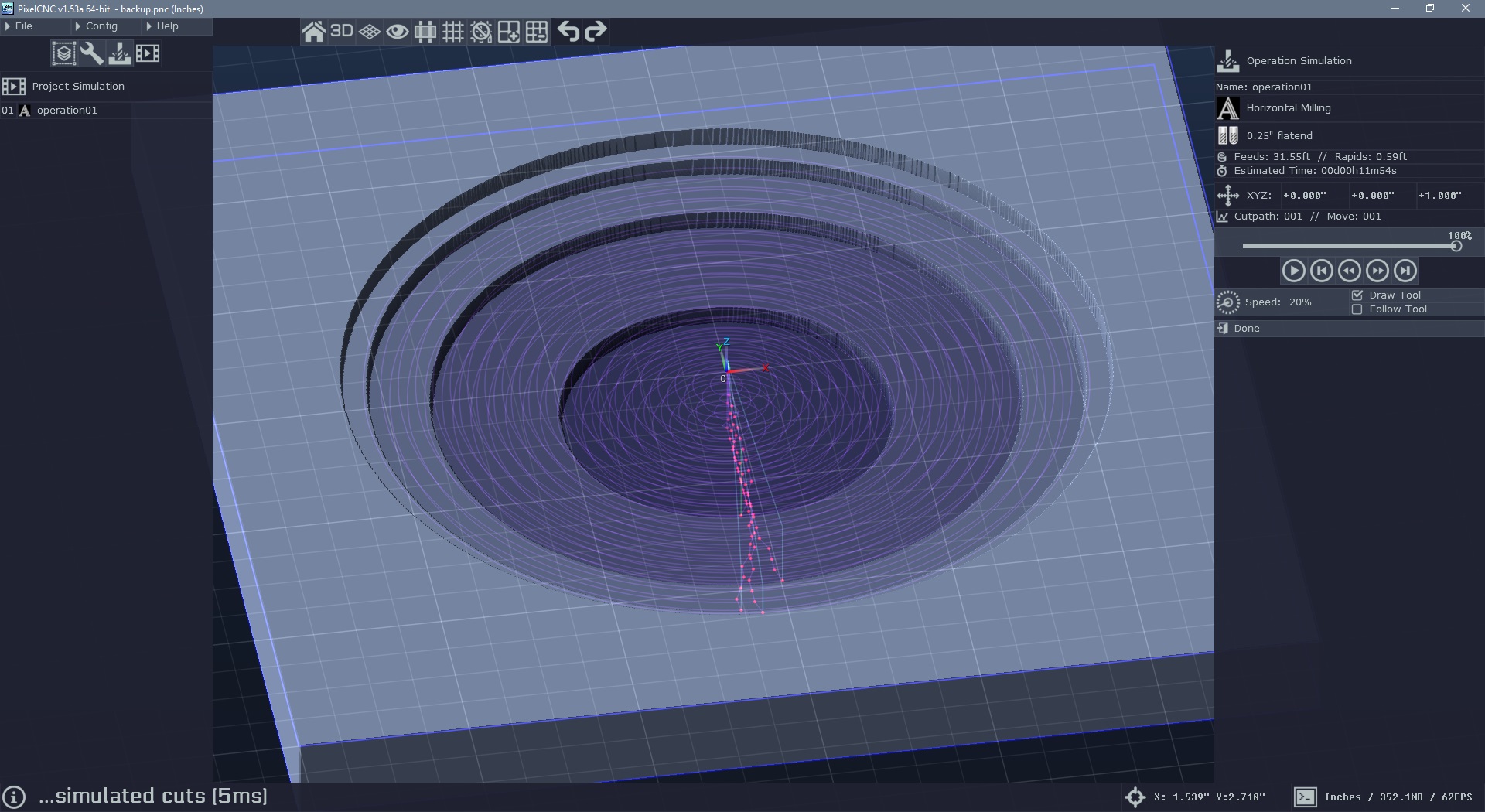 Does this help make things clearer? If I'm missing something I think if you could share some screenshots that show operation parameters that would help clear up any misunderstanding on my part. :)

Thanks Charlie,  I've got a handle on it now.  I'm used to thinking top down, need to flip my thinking to understand Contour Z . Great examples.