← Return to topic
Gunroar62 days ago

Anyways, I just came to post some changes I've made to the game to make it more "immerrrrsive".
Limited resources make each play through worth playing...through...you know. So I limited resources!!! Muhuhahah.

Though with limiting resources I had to be careful. When I made enemies drop loot the player just got so much blocks to build with they didn't have to manage them, so then I made the loot they dropped *really* minimal and that helped.
But the main thing is the bullets!! Before I added in infinite (1500, meant to be edited to infinite later) amount of bullets that let the player blast their way through rooms, and made bullet drops useless. So I tried to make them limited! Yay! Now the players can run out of bullets and would have to plan how to encounter a room, rely on head stomps more and get stuck in between blocks - wait what?

Something I was meaning to implement a long time ago, breaking blocks "by hand". I haven't added the animation yet (moving hand) but when you have no ammo you just break blocks that you're right next to and aim at.

Limited bullets should still allow an all-out raid on a room, catching all the moles unaware before they have time to figure out what the dust just happened, but now it's not always an option. Should I leave this enemy and save my ammo or should I blast the aggressive ball of ... fur? ... hair? Mole skin? ... into smithereens!! ... and waste all my bullets in the process.

It seems to be shaping pretty well so far, but now I'll have to kill you. Oh, sorry. I forgot who I was typing to.

Hopefully soon I'll have the first 3 levels and boss ready to playtest ... hopefully Ill actually have it playtested ... hopefully my game will be recognised by all and I'll rule the Tristate Area!! ... or world ... whichever comes first.

On top of all that I added a bunch of stuff 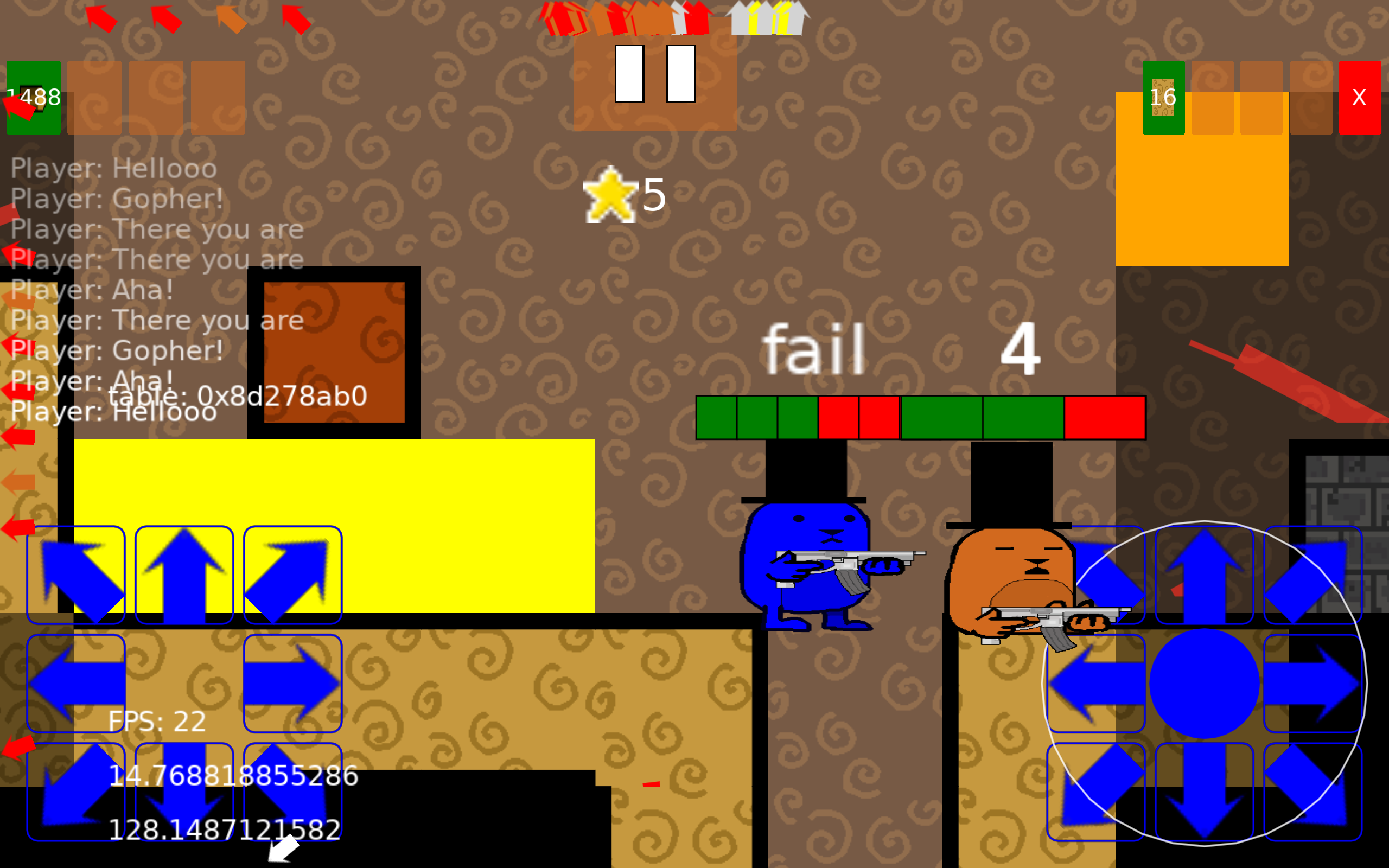 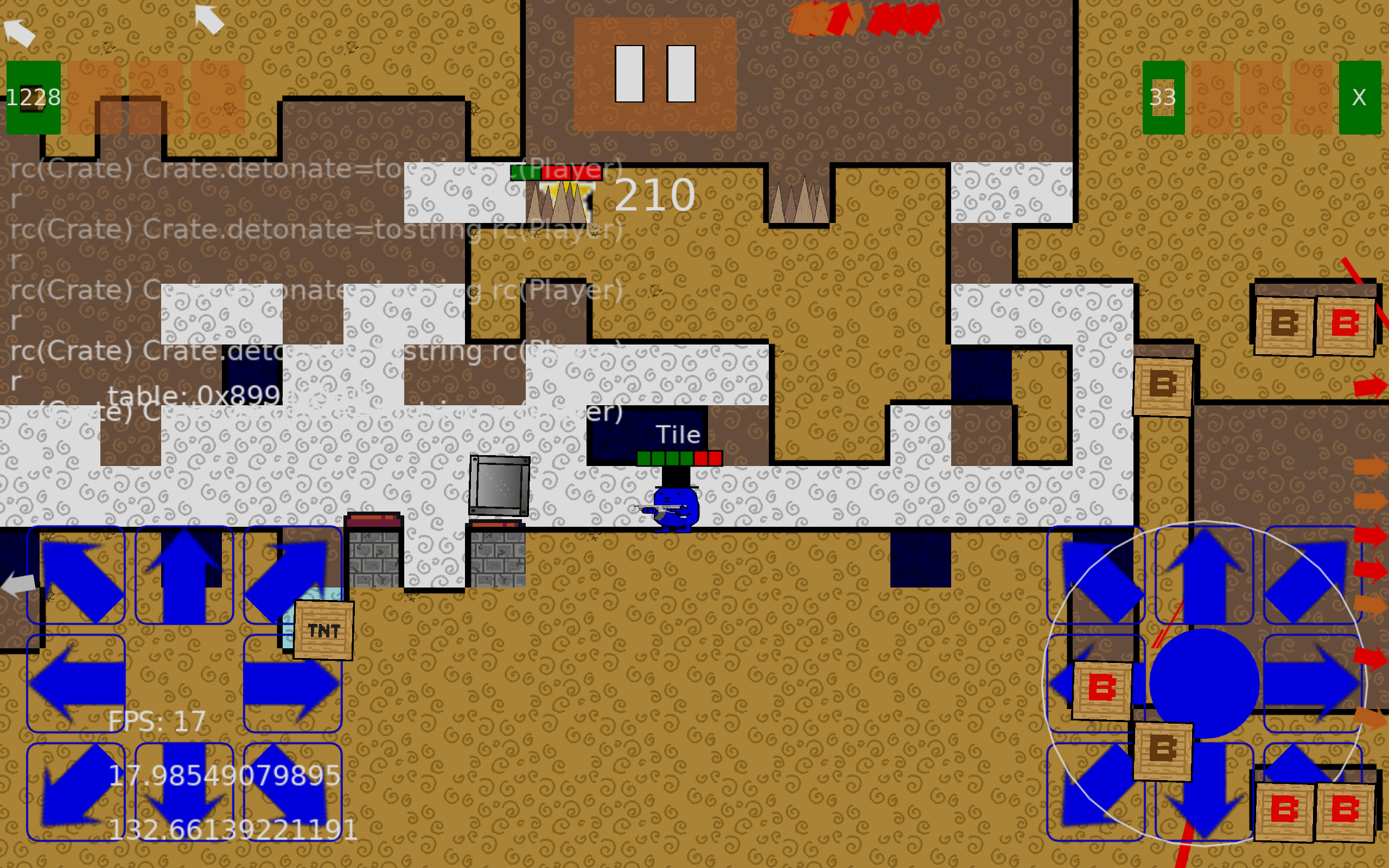 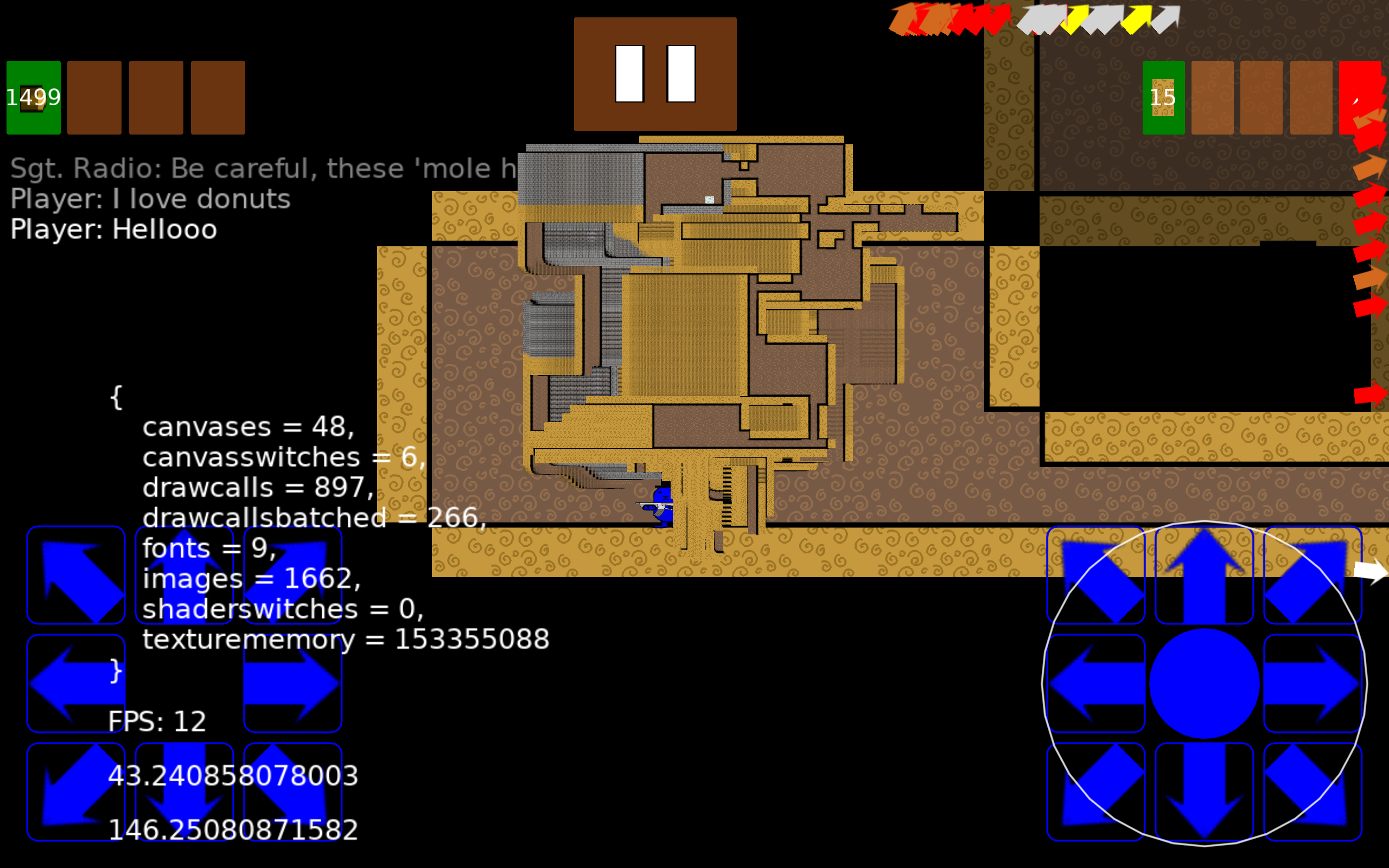 Me putting in a mini map so players can find their way! YEESH. 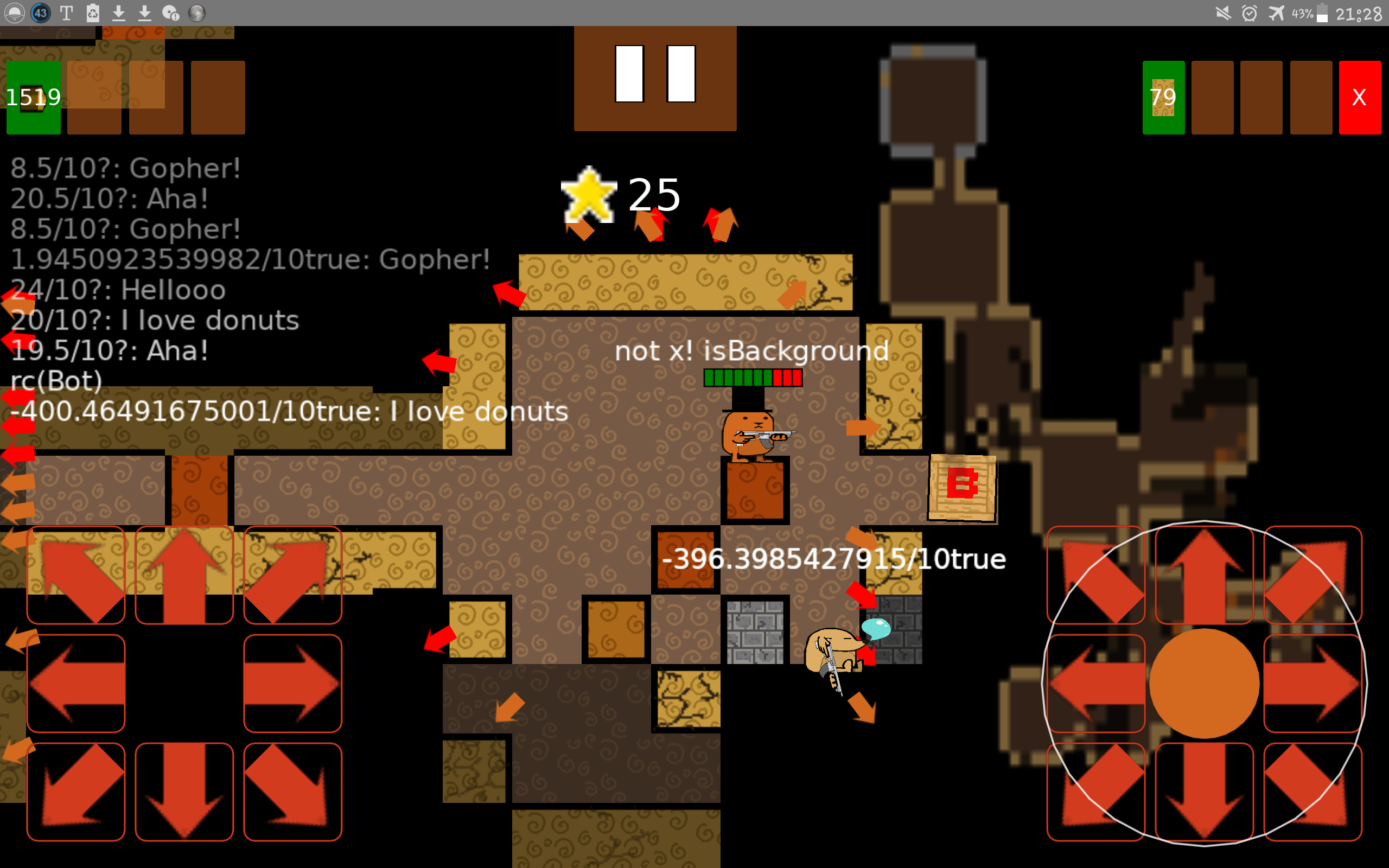 Nappy headed gaurd
I'm also working on adding more variety to the map, Taking it from somthing like 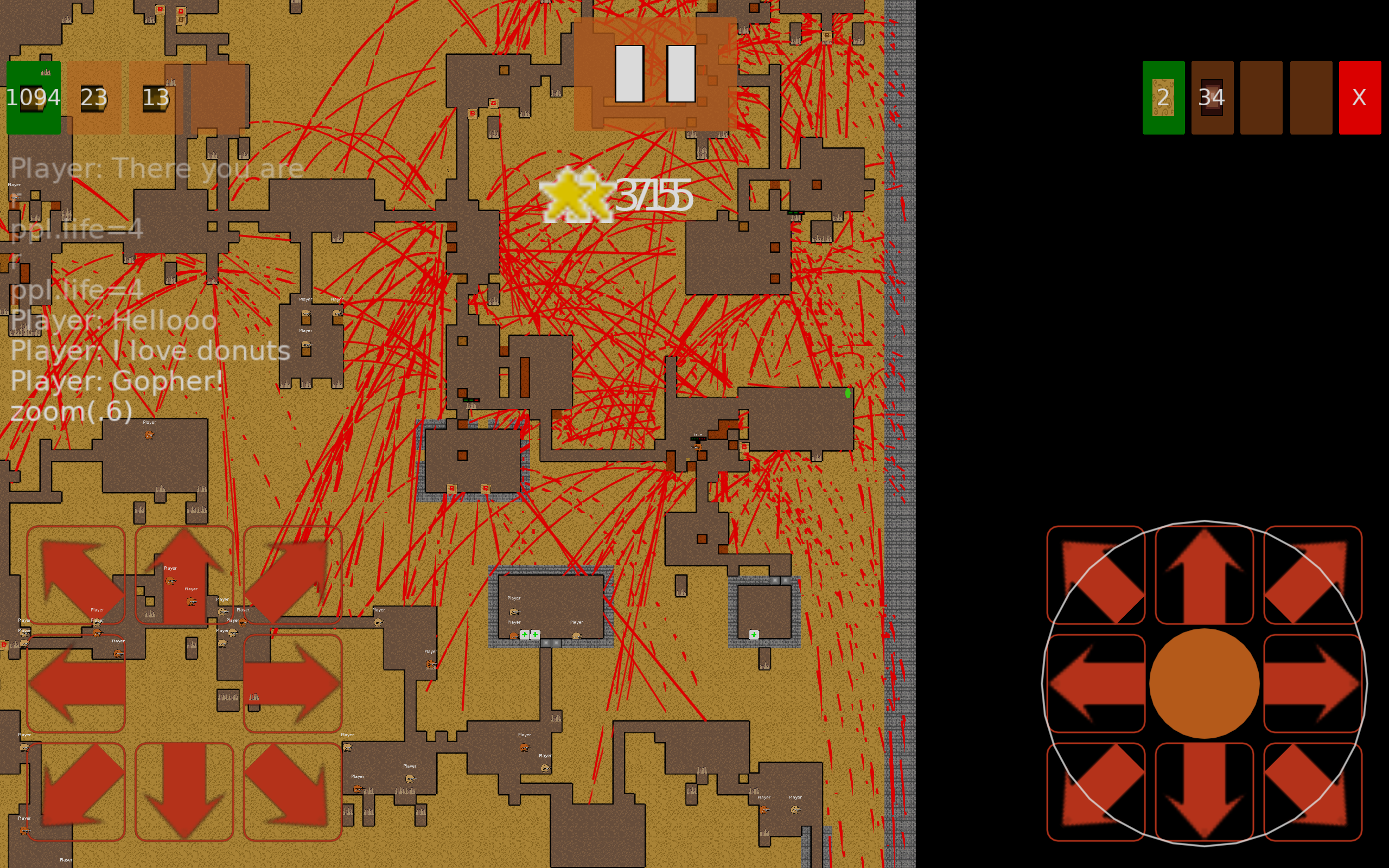 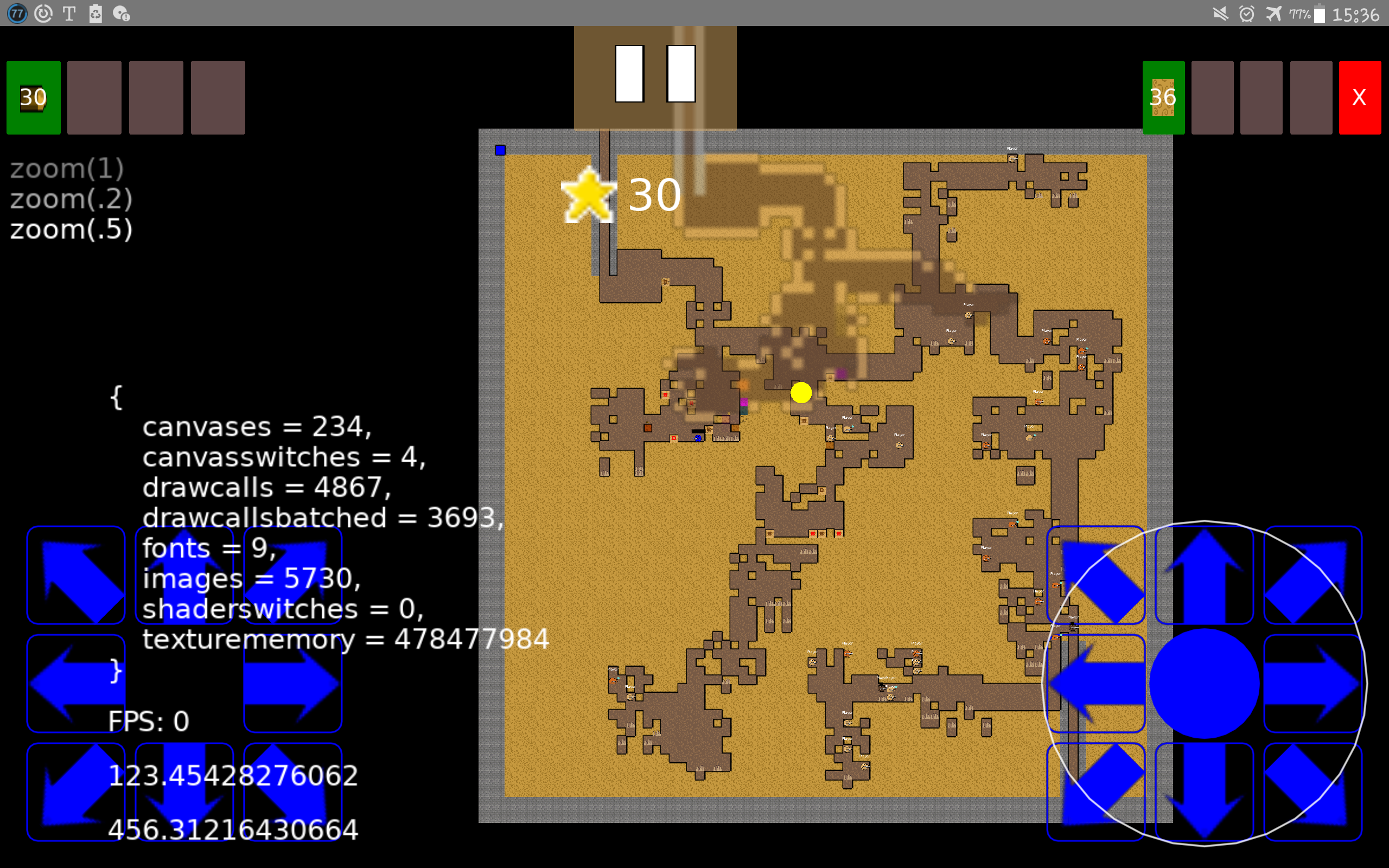 Something like that, I'm still working on it okay.

Or do you think the other type is fine? I'm open to any ideas...or pineapples, whichever come first.