← Return to topic
Gunroar150 days ago

Today I did a lot. NOT LIKE I DON'T DO A LOT OTHER DAYS, I just fix bots and the campaign while doing other things.

Today I have made the bots able to spawn in a level in the "roguelike" campaign. Now enemies spawn near-ish to the player and the spawning is handled by an intensity counter, which counts the current intensity in the level; and if the current intensity is smaller than the total available intensity then an enemy(ies, sometimes more than one, like 3 goons) of a certain difficulty(intensity) that fits total minus current is spawned 😀.

So the harder a level is the higher it's intensity. All level data is in a "lua table" so it's easy to make, and I might make it moddable though a lot of people might not really care :P .

But what I spent +2 hours of my normal life doing was not this simple, foolish (not foolish-sorry-please don't error or give me an unfixable bug) task! I was redesigning... 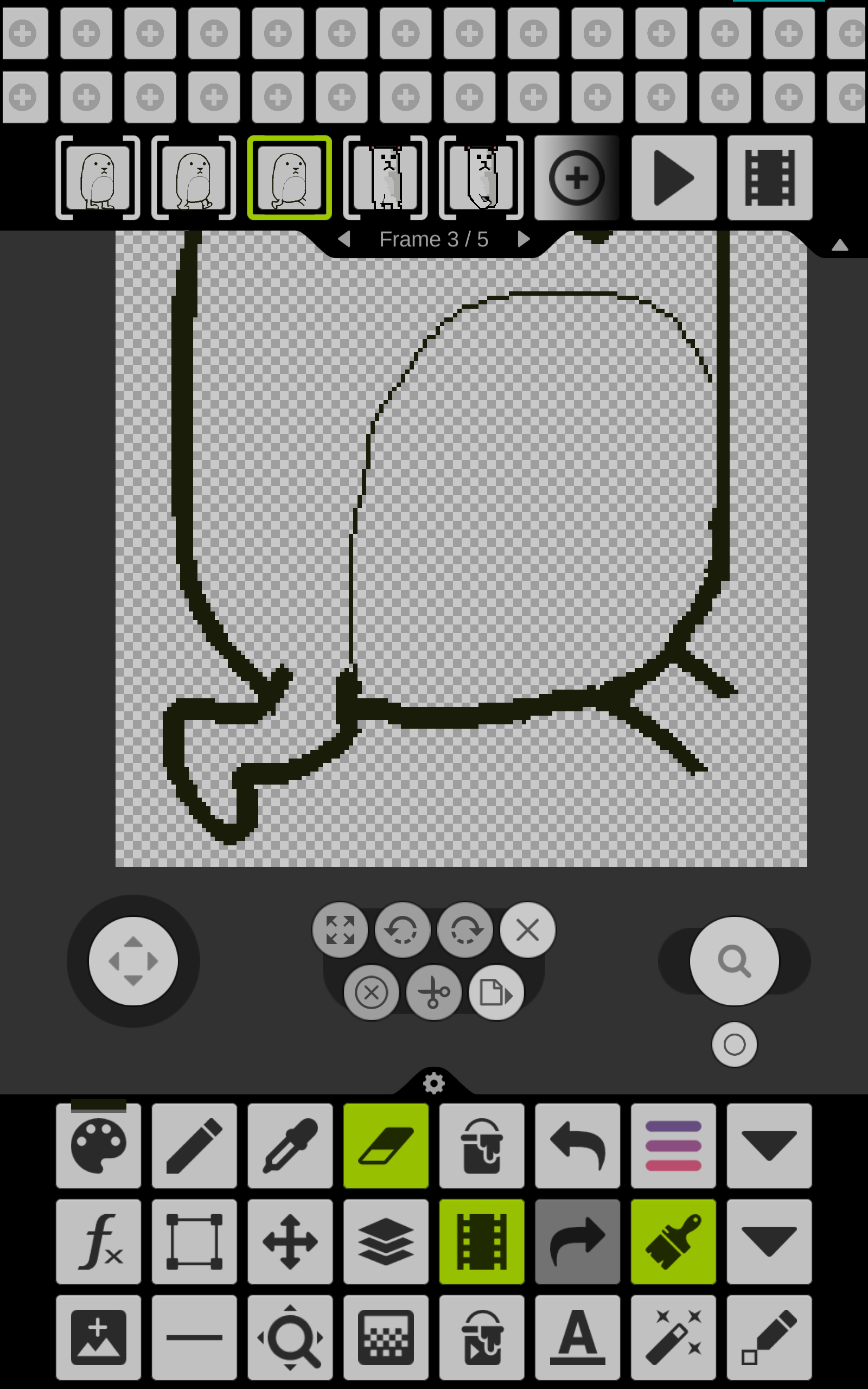 How does it look...? *Sigh* . I personally like it. The reasons I changed it were

1) Needed a replacement: The origional was meant to be a place holder, made quickly and dirtly. It was overstaying its welcome.

2) Different shapes for background and character: One article (gamasutra I think?) about art said meanings of shapes in art, blah, blah. Square is serious(like a knight), triangle is dangerous(like bowsers shape?, that's what they said) and circle is innocence/playfulness(mario, kirby, etc). But that's not why! The article also said that it's good to mix 2 different shapes forbackground and the character to create a...clashing...effect? Well, it made sense. A circle in a triangle world, Frodo in Mordor(which, at time of writing, I haven't even reached. Yes I want to read the books first...kind of. I already finished the hobbit and the first lord of the ring book so...yeah. 2/4 I guess),etc. So now I had a blocky character in a blocky world 😐. CHANGED.

3) Wasted resolution: The origional is at...like...160*256 pixels. It was scaled up so I could add emotions and hats easily.

4) I'm sure there was a fourth reason...BLGGHGGRH!

NOW I NEED TO DO AAAAALLLLLL MY HATS ALL OVER AGAIN. But that's not that much. I'll see how it all goes down.

Anyway this is how it looks in gameplay: 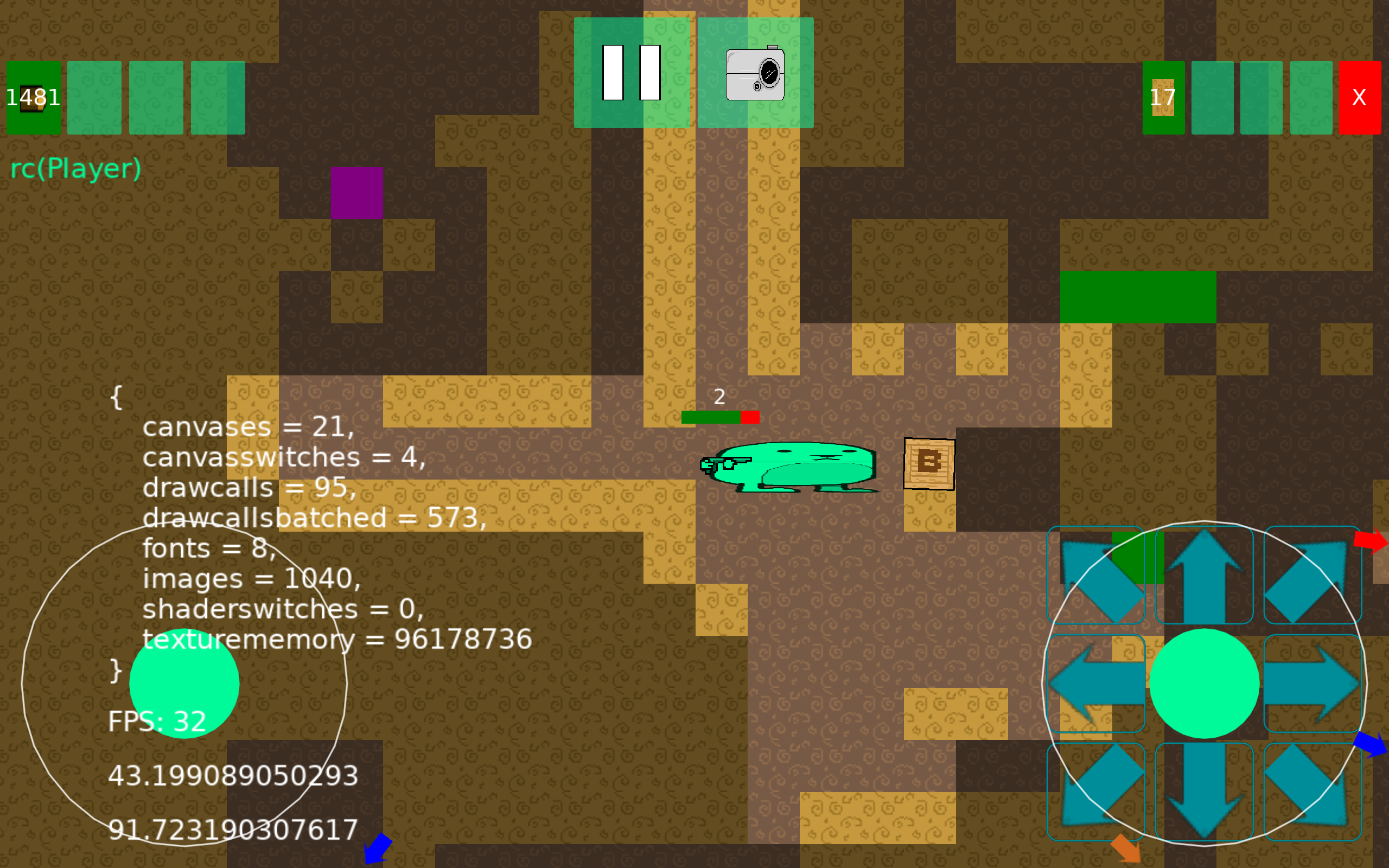 Yikes! Well that was me tweaking the size. This is what I actually first got: 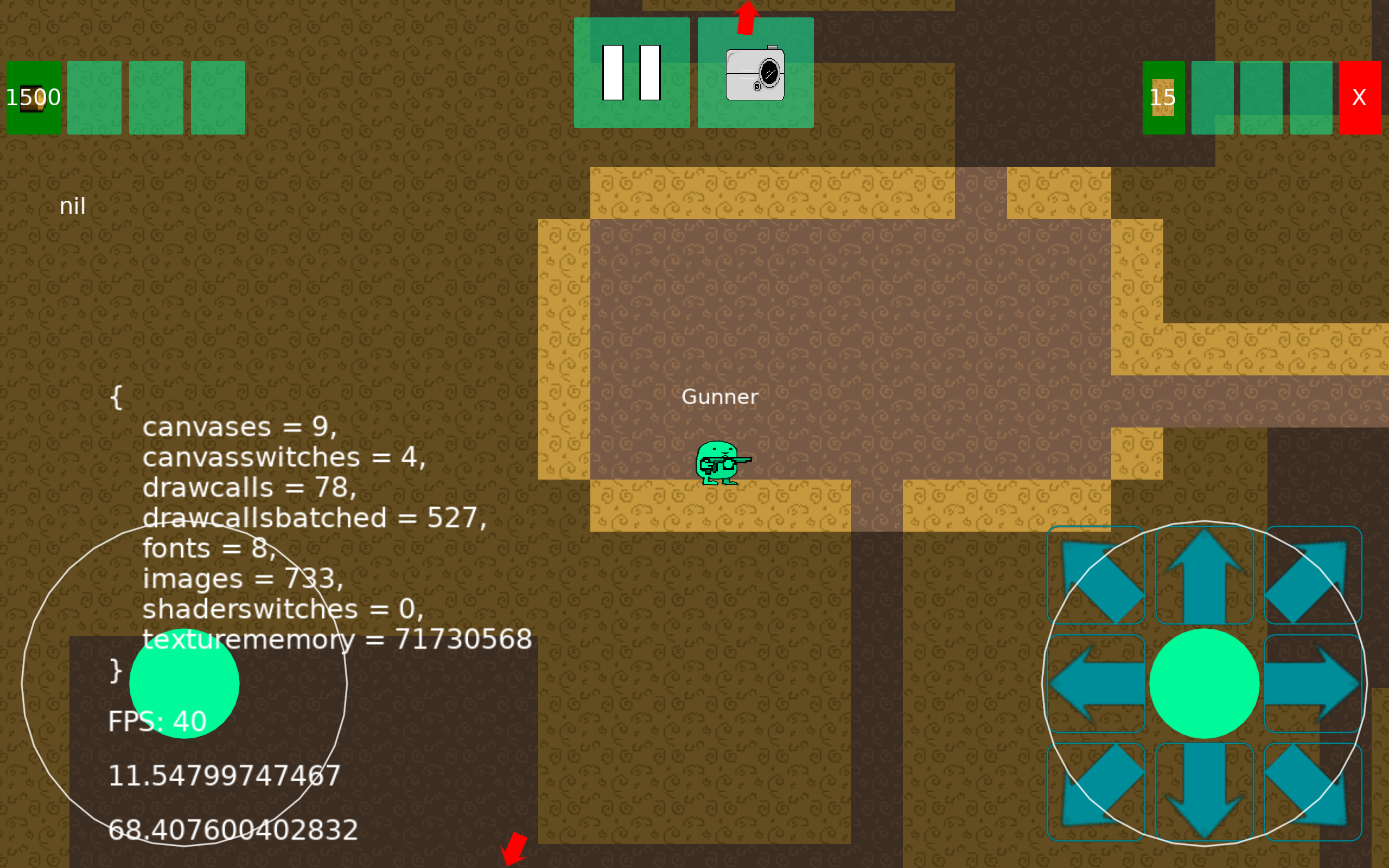 Still needs improvements. Maybe lower the gun and redo the hands? I hope it looks fine.

I also checked up on a "comic" style I implemented a while ago but decided to not do, well now I think I'll use it. Maybe the reason I didn't want to use it was because it made the game run slower on mobile but now I mean to release it for PC. 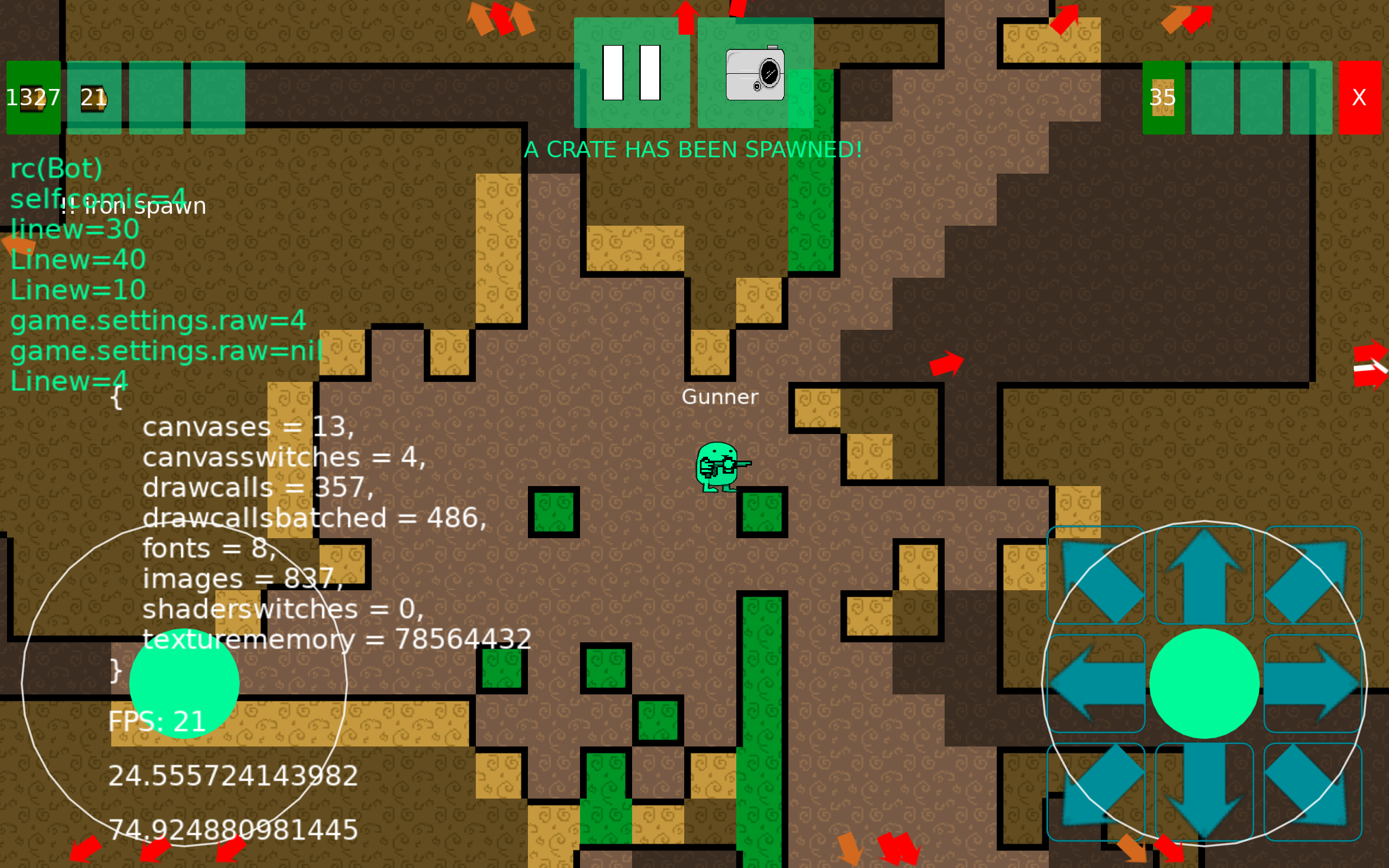 How you like that? Well it was a liiiiitle too thick, especially in comaprison to the player so... 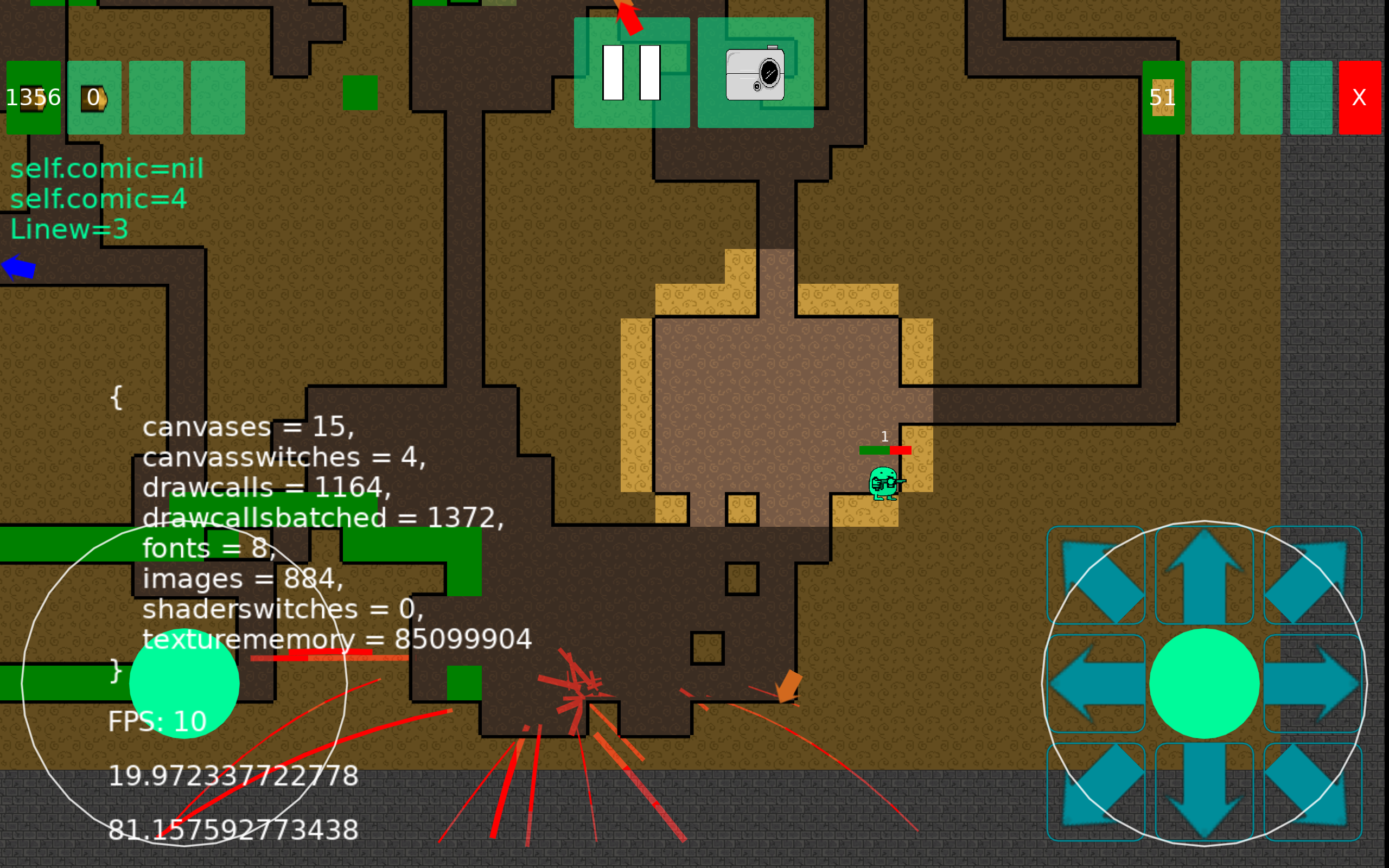 That was a lot, don't you think? Well it's time to get jiggy!