← Return to topic
Gunroar156 days ago

So...it seems that I'm pretty up to date in this devlog, though I've missed a few details like the endless struggle of fixing bots and the triumphant victory of getting multiplayer to work! Almost quit so many times and did other projects. It seems there's always a side project I'm doing at the same time as this but it never lasts and then I just do this again 😯.

So now, I'm actually doing work. Got to revamp the controls and fix the bots. They can now build walls to defend! YAY!

A while ago I started implementing the roguelike levels aspect and started added special rooms that have turrets at the corners and invincible walls except for one opening, so the player can only go through it on one side. It was okay! 😃 Then I spawned a bot and saw how it did in pathfinding, since it wasn't on the same team as the turrets it went to shoot at them which caused LAG! I could have just left the lag and changed the team so the bot won't look for the turrets again, but that's terrible because it's pazy and then there would be a problem with companion bots you meet along the way😑... So I had to think🤔.

It turned out that the bot was having trouble finding AN IMPOSSIBLE path becausw the turrets where ontop of indestructable walls, so I removed the indestructable walls behind the turrets. That was dumb of me, but atleast the solution was easy. Imagine if I left it! Yeesh 😰! It would have come back to bite me...hard. 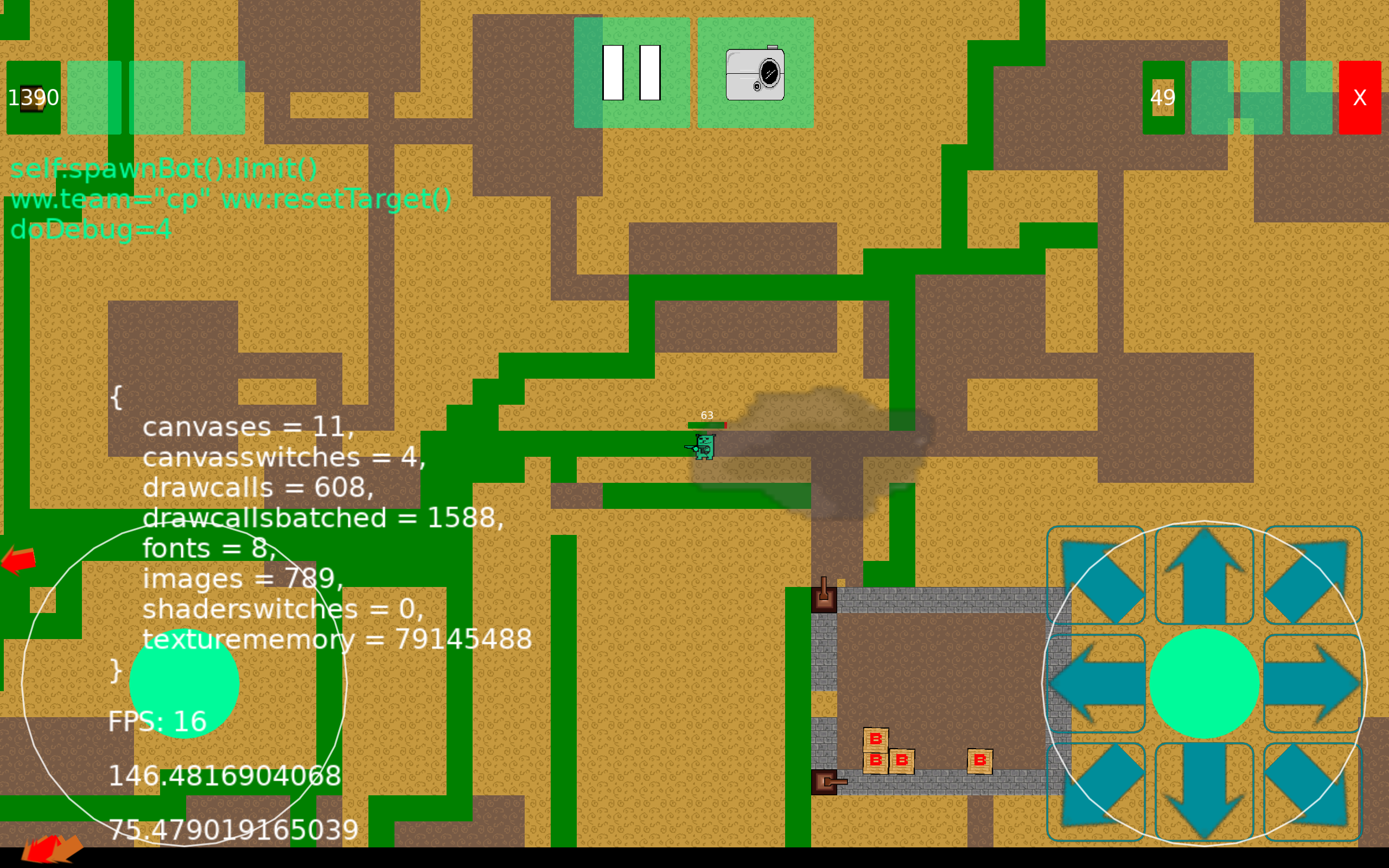 Here you can see a room like that. It has crates inside. The green colours are the path of bot. Debugging.

So I will continue to improve bot AI and these rooms. See yah!

Next Bime: An emotional segment!😭