← Return to topic
Gunroar164 days ago

By now I had implemented different bullets. The one on the following is a bouncy bullet. But how dry can just shooting get with no effects. Well, I decided to add a short line-trail to the bullets. 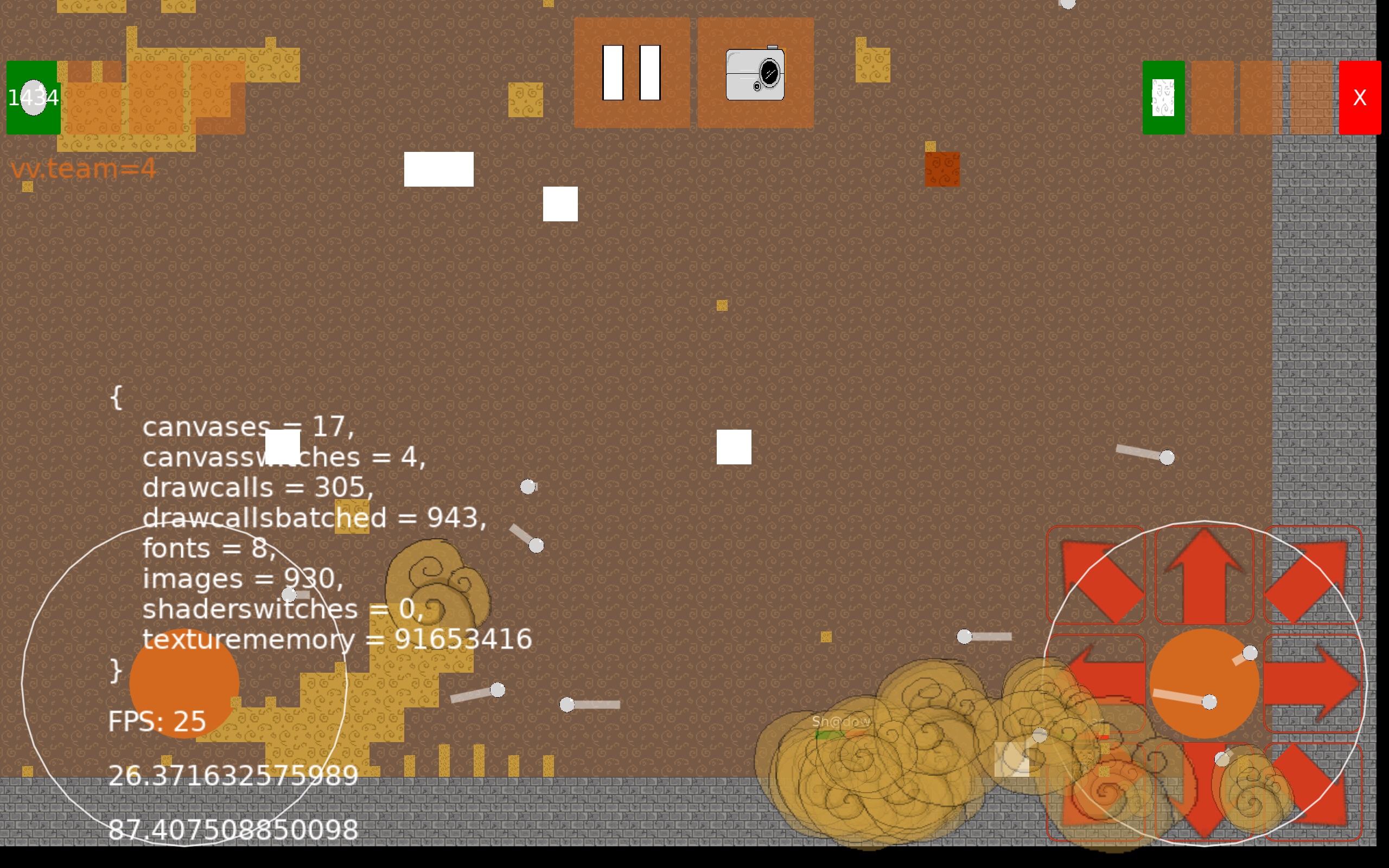 After that I added a spark to the nozzle of the gun when a shot is fired: 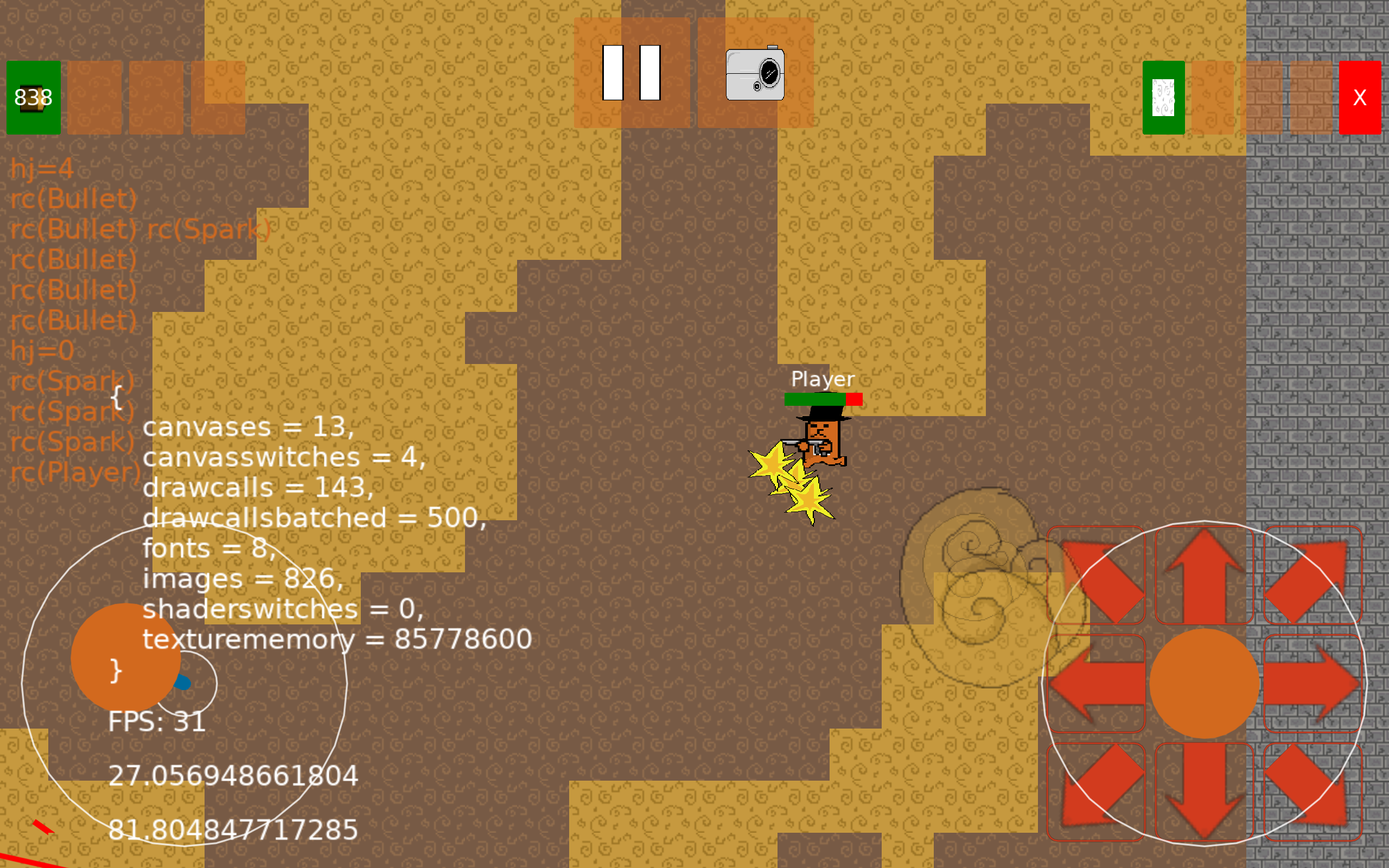 It looks better than that, I assure you 😐
Okay, if you look closely you can see a red streak at the bottom right? What's that about?

Well when anything(except for tiles) get destroyed they emit chunks of debris. Players emit red and the colour of their avatar coloured debris . But now I wanted blood to spraaaay(spray) across the walls when a player dies. Well it wasn't thay easy. First I tried to just copy each debris as it flew , each time step, to a table. It...wasn't very effiecient. That's like thousands of debris each second (30 fps) (or 30 fps x 15 debris dropped x 10 life span of debris per second -> ~4500 new things to draw every second). 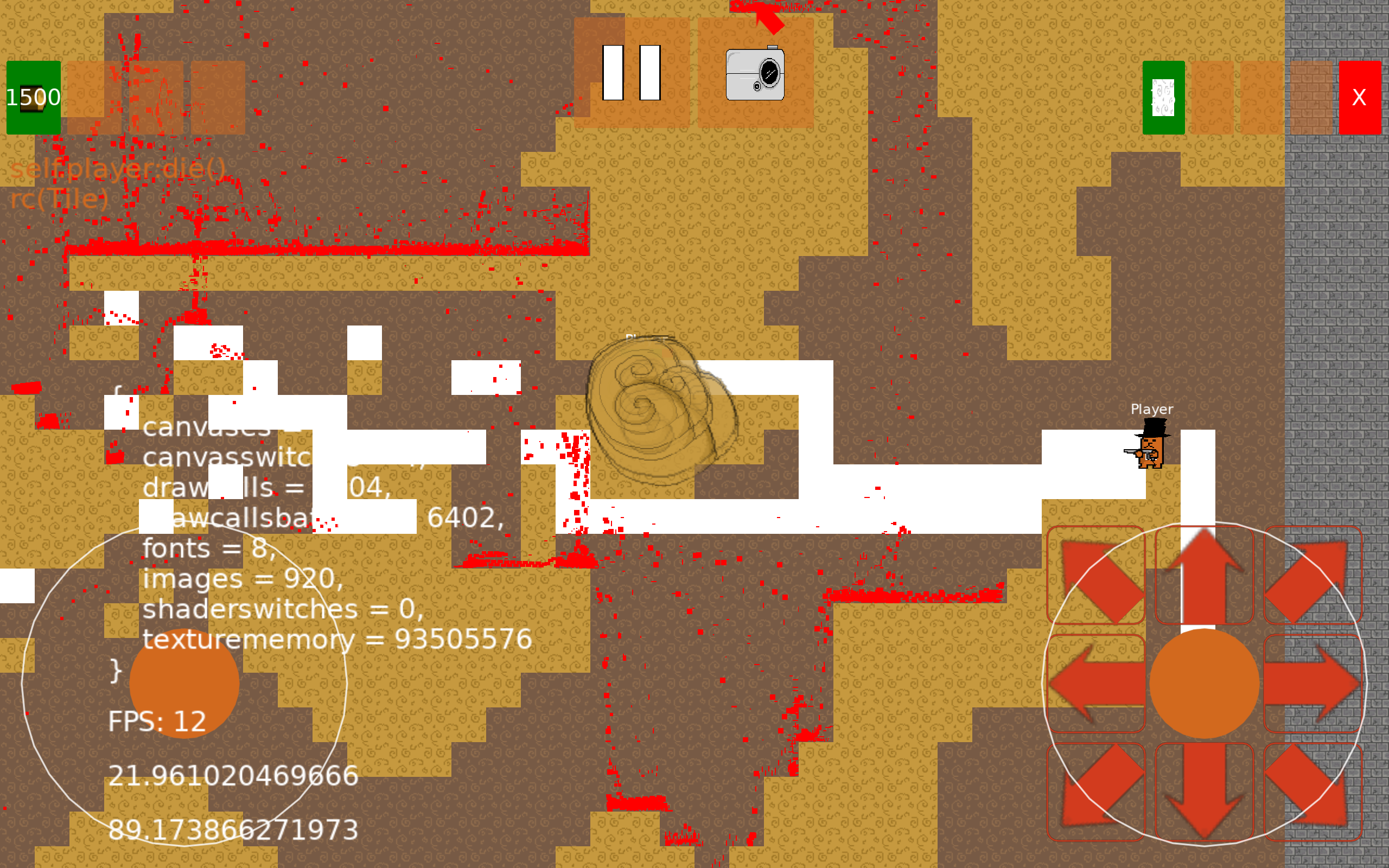 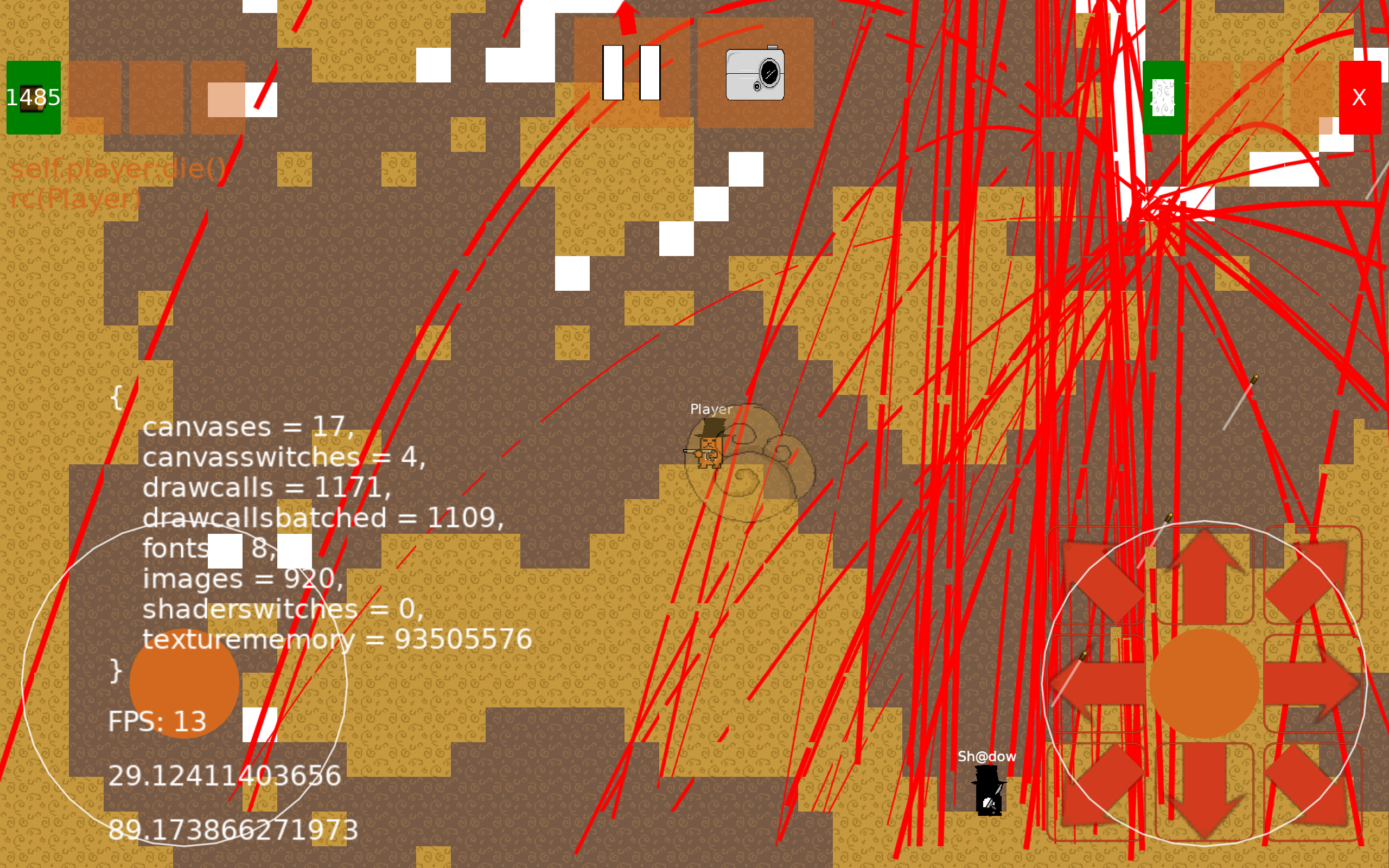 A little bit too much because the debris was moving too... fast?  Well slow it down and only make it appear on walls and we have:... 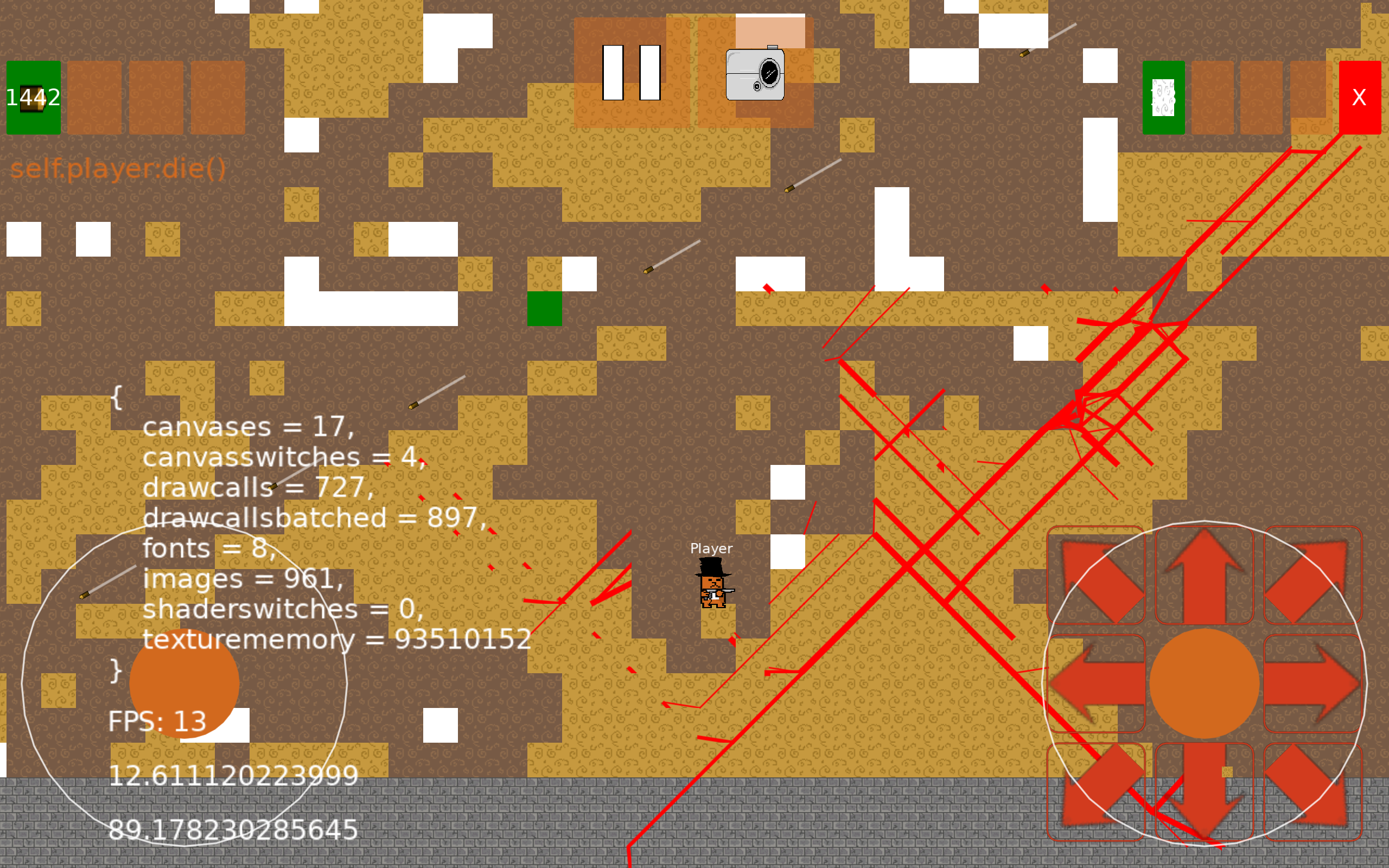 I decided to reduce the interval in which the lines were drawn giving them more of a curve but taking a little bit more CPU but better... 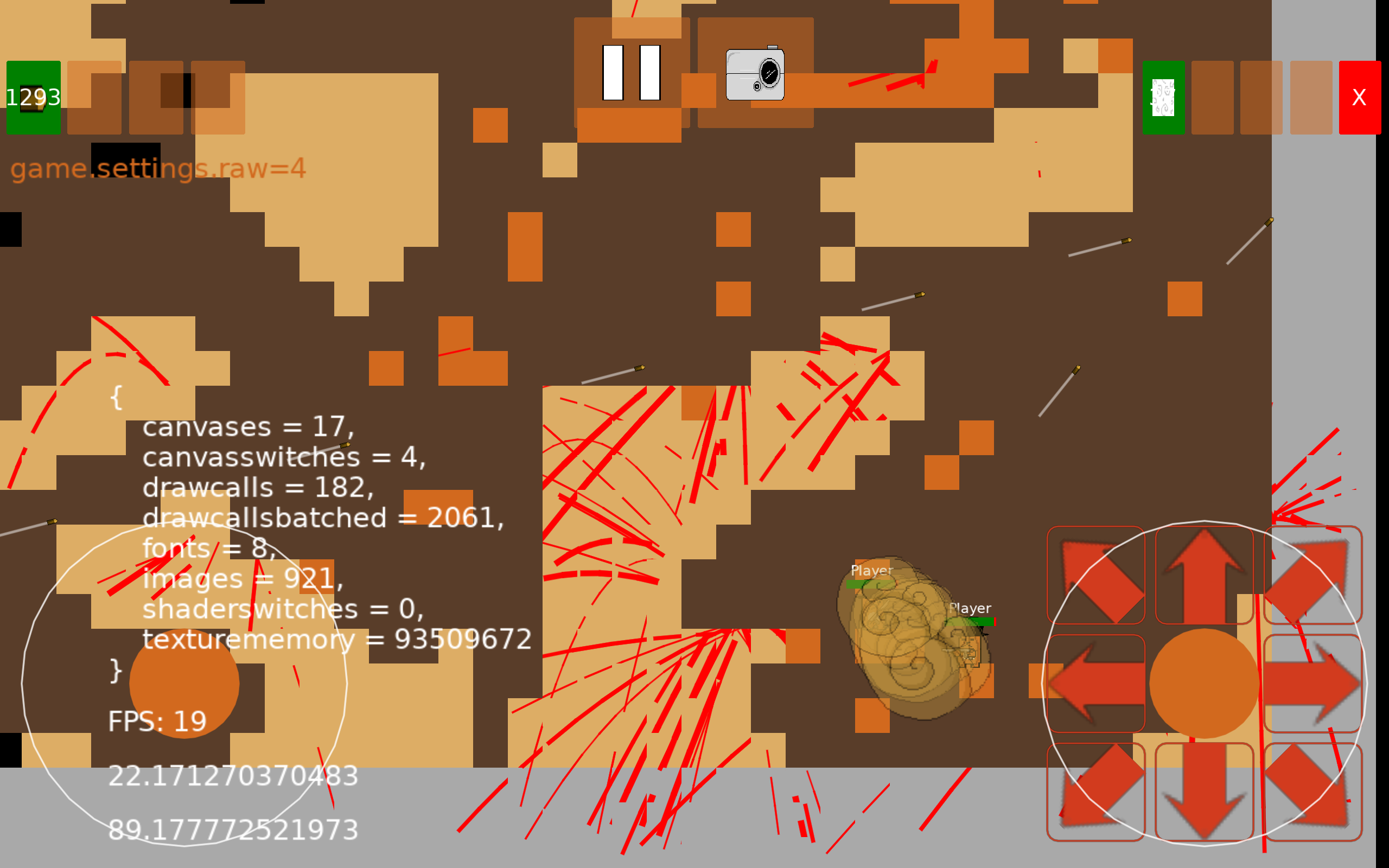 Let me take this chance to also display...*raw* graphics mode. Tiles without textures. I wonder if it's nice? Anyway, it's an option...

Currently the blood is implemented though doesn't work well in fog of war. (The streaks are stored in non-background tiles and they're longer than the tiles so I made background tiles draw after them to block out the lines, but I can't do that in fog of war for ... some reason). I'm thinking to remove the blood streaks...Is that okay?

I also tried checking whether drawing on background is better than on walls: 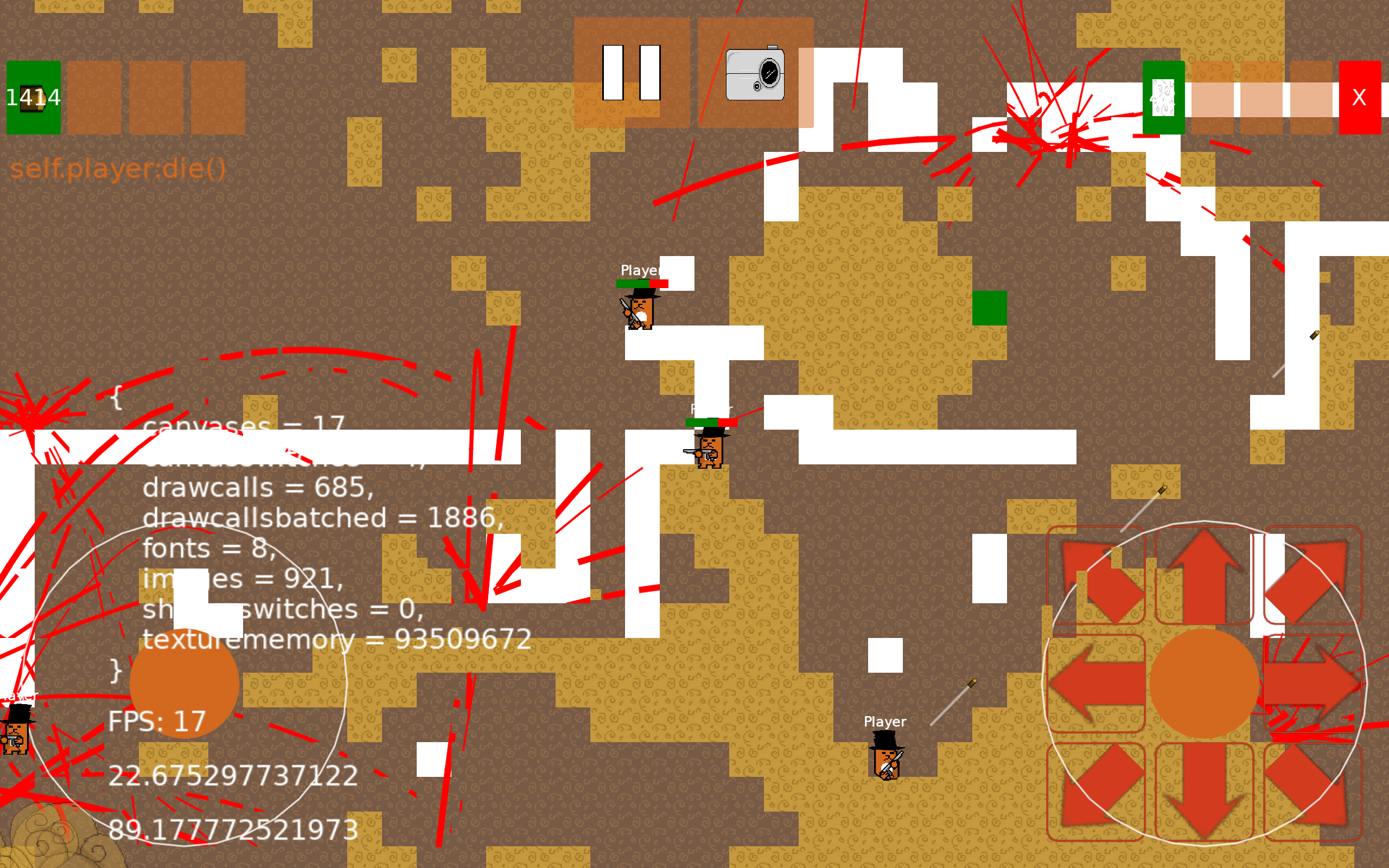 Didn't really make sense because the way I implemented the streaks make it go through walls... 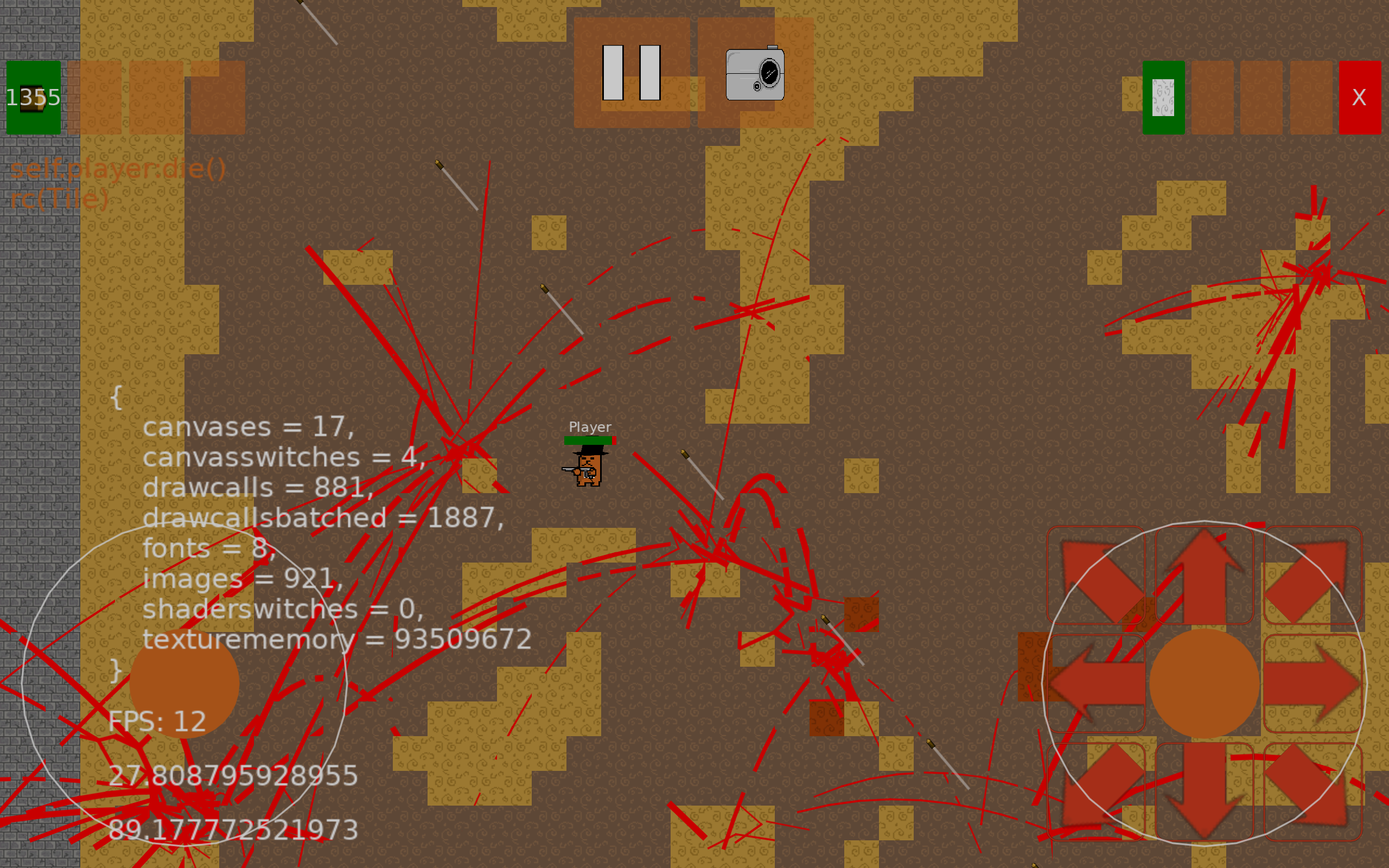 Okay, we're coming to an end. But as a bonus there was also this one time when I tried using the colours other than red, so that the character who died would be known. 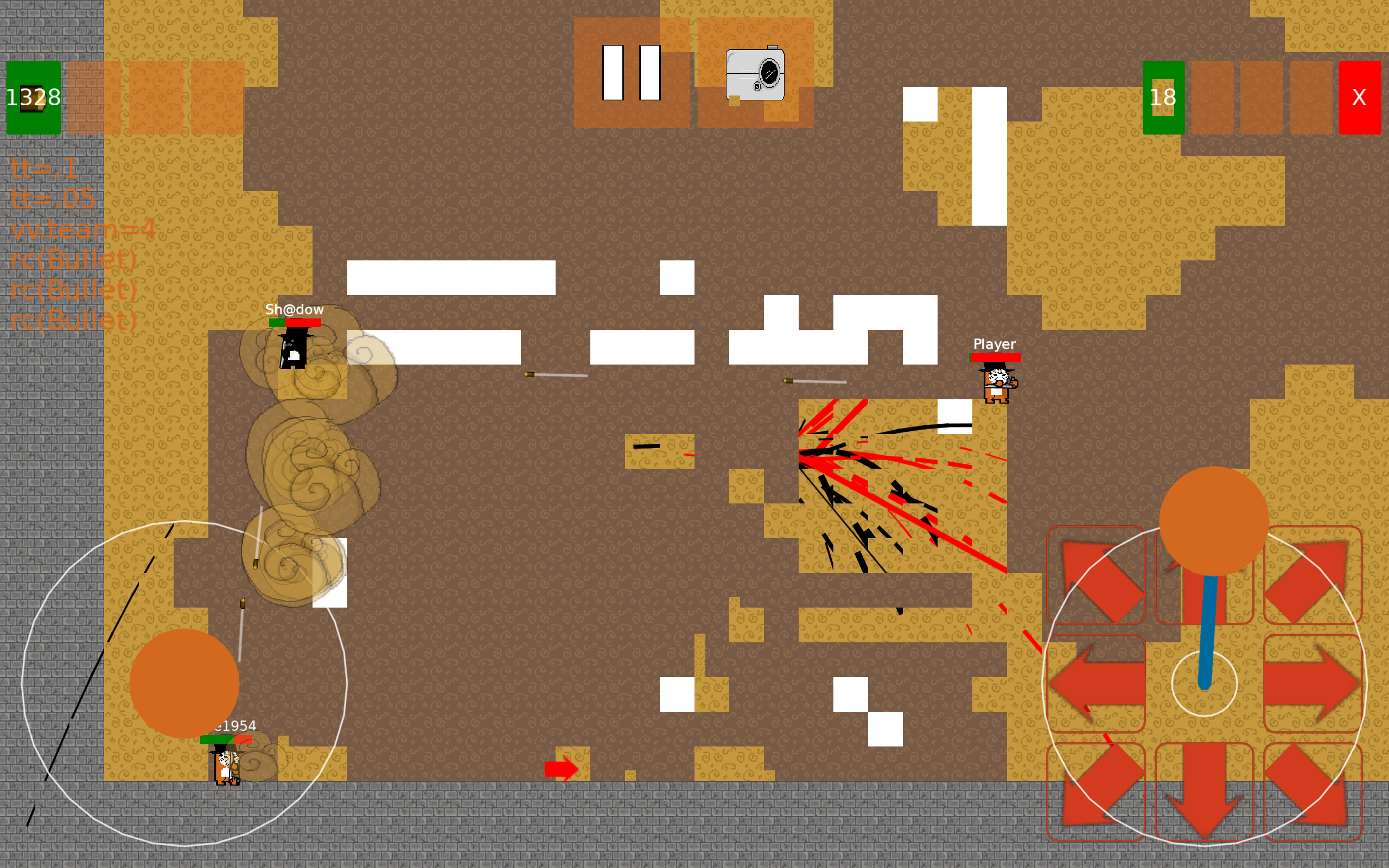 Yeah, I guess it kind of looked like bird poop sometimes -_-.

Well that's it for this issue. It seems I'm getting closer to where I currently am in development...

Next time: character customization, errors and a surreal blworld. Dang it! This keyboard is acting pup againt!

Quibly! Betore if disgraces me!