In AAA parcour games, the player is often led in the right direction by level design and colors. You don't have that luxury in a 2D hobbyist game, but what I'm attempting comes close. See this screenshot: 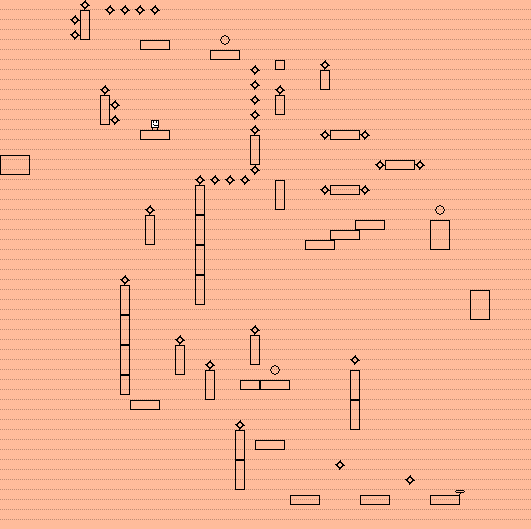 It feels a bit messy. Unless you're used to how the game works, you have trouble deciding where to go. Which is why I introduced cables. Here's the same screenshot with cables attached to the blocks: 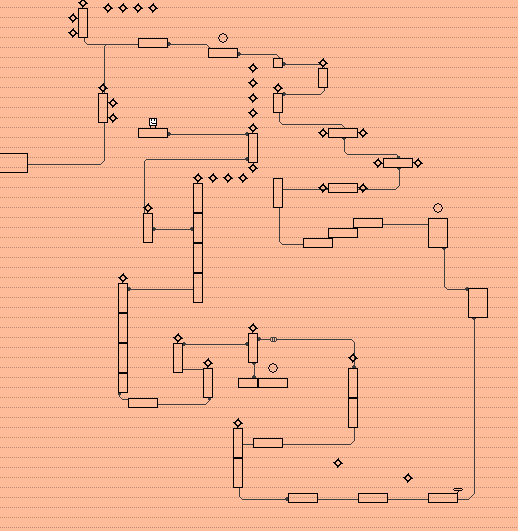 Now, the level flow is much clearer overall. You can see where you are intended to go next, and the cables lead you past all blocks on the stage.

The winning condition of the game is touching all blocks in the level. If the goal was placed on the leftmost platform in the above screenshot, the player could've simply backflipped past the spikes left from the start position, using an unintended shorter path. (In speedrunning jargon this is called skipping.) So if competive races where done on these levels, it would be about traversing the intended path the fastest, instead of trying to do a frame-perfect (speedrunning term for near perfect timing required) trick to skip half of the course, the very winning condition closes that possibility. It might still be possible from time to time, but all major skips are closed this way.

But with this ruleset, an entirely different type of level becomes possible. One where planing a route ahead will be necessary to get the quickest time. Compare this screenshot to the ones on top: 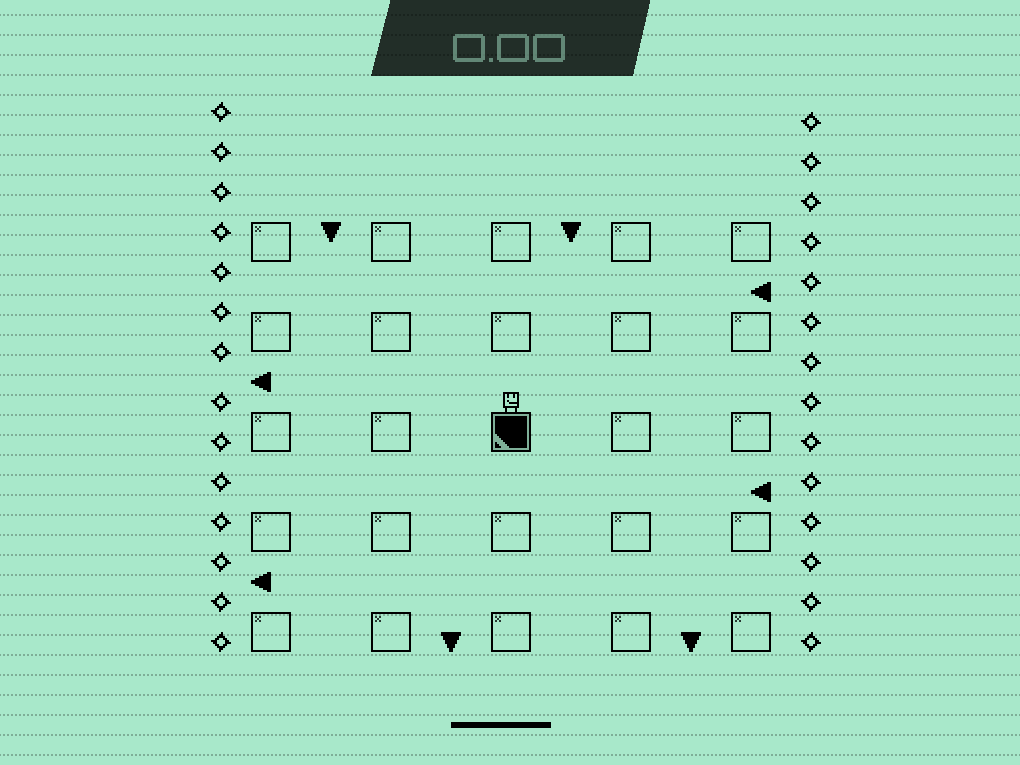 This level is more open, and also contains some moving threats (the floating spikes will actually start to move as soon as the level starts). So you'll need to plan a route ahead of time to get the fastest time on these kinda stages. This level also plays incredibly different on all three difficulties, more so than the parcour-type levels.

To finish, here's another GIF from a level Unidrax made: