Loving the gameplay! I can see a lot of potential here. I mean, it plays beautifully already, I can only imagine it getting better.

• A tutorial would be really useful. It took me quite a bit to realize how many moves I could actually perform (in fact, I just went in to try something and somehow I grabbed an enemy and piledrived (piledrove?) him, it was amazing!).

• Probably related: I beat the boss of the first area with some kind of insane hadouken thing, but I can't for the life of me figure out how I pulled that (I'm seeing it in one of your screenshots, in fact).

• Can you consider putting the roll and the block in different buttons? It's kind of messy having them both in the same one, I rolled away into danger by accident (I was just trying to block) quite a few times.

• Finally, how do I clear these two gaps (see pics)? I would assume the first one requires some sort of dash and the second a double jump, but I didn't find anything such upgrades. 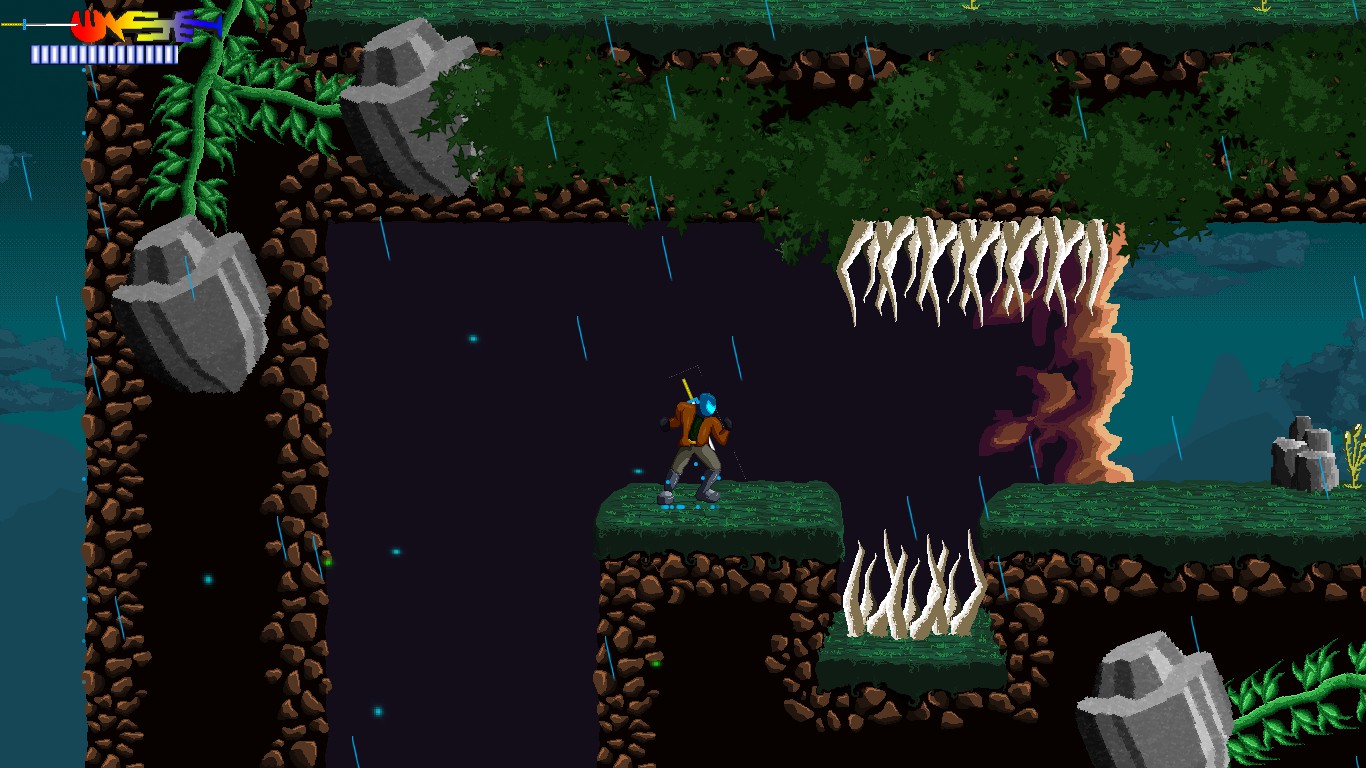 Thank you! Glad you like it! Yes, a tutorial is needed, it's in the works :)

Yes, a separate roll/block is totally something I've considered. I'll have this as alternative but not remove the current way as it's like the smash bros games and a lot of people like it that way.

So, for the first image, you have to beat that third stage to get a 'dash' move and the second image just double jump and do a 'up+special' to do an uppercut which would be a 'third jump' and grab the ledge. but if you leave some trees intact during the fight you can climb them to make it easier :)

Wait, should I have a double jump? Because I'm pretty sure I don't.

By the way, I neglected mentioning the soundtrack before: I know it's way too early at this point, but you might wanna consider put that up for sale as DLC or something, because I'm definitely interested already.

Yes you start with double jump :)

The sound track is not mine. It's stock music and not exclusive. Glad you enjoy it! I might get a special version on it in the future who knows.